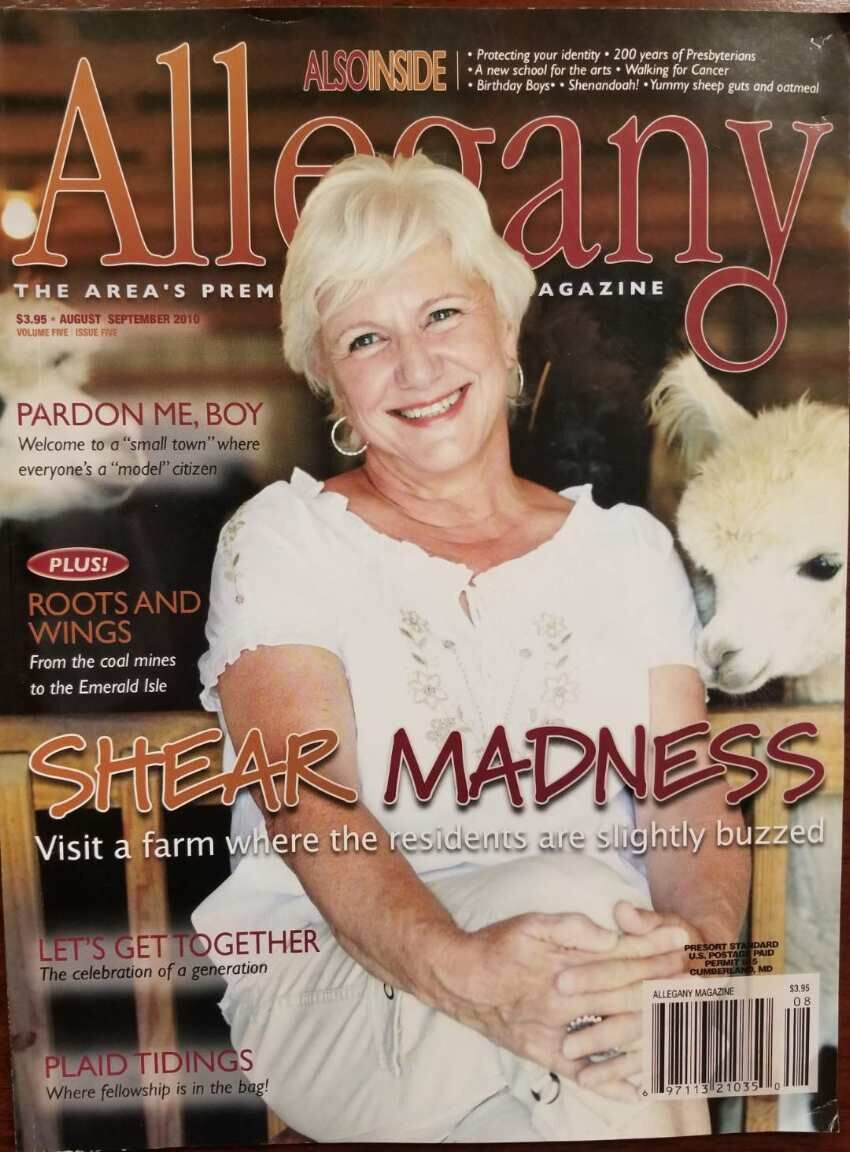 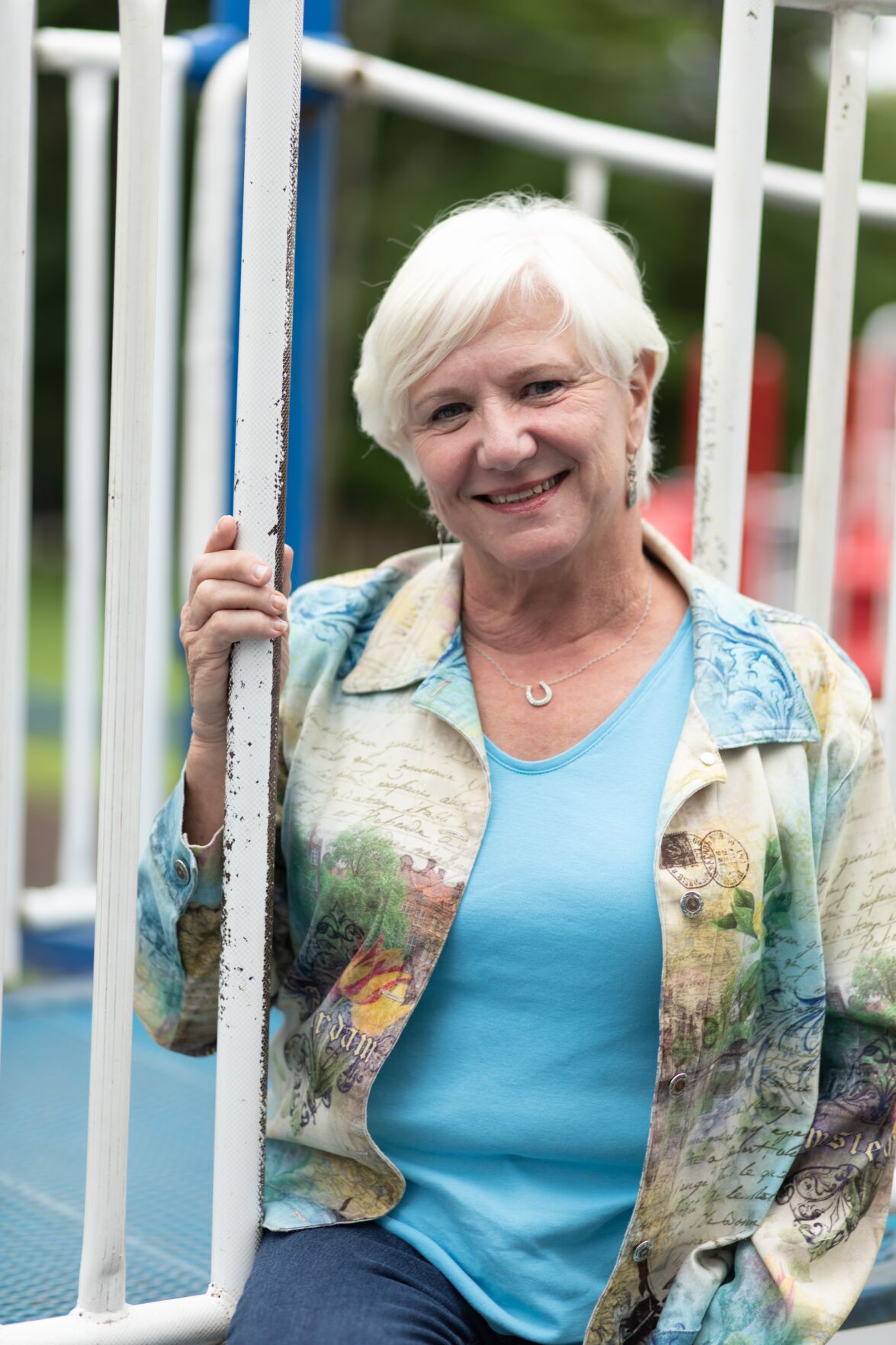 "I think to be on the cover of the magazine you need to contribute something positive to the community. The magazine highlights people, events and projects that are not covered in any other media. The magazine is diverse on its coverage without bias." 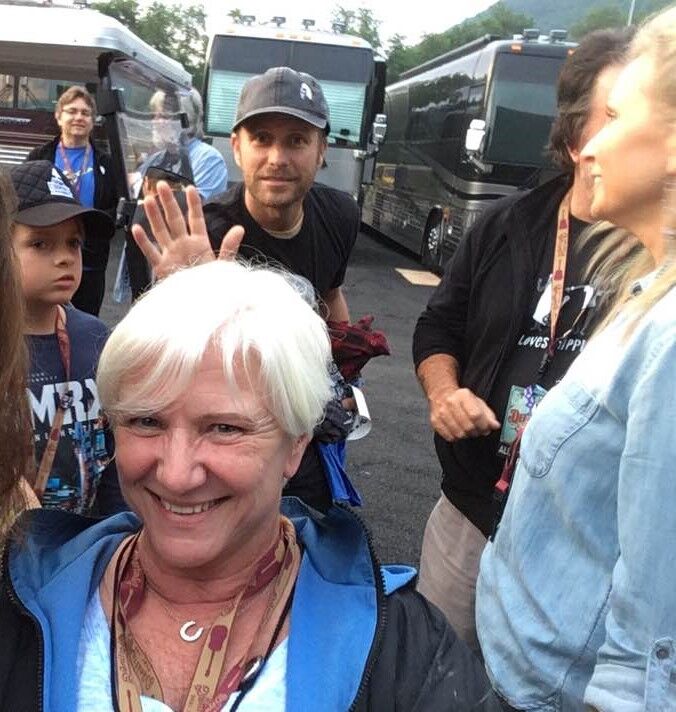 "I think to be on the cover of the magazine you need to contribute something positive to the community. The magazine highlights people, events and projects that are not covered in any other media. The magazine is diverse on its coverage without bias."

Catching up with Barb Buehl

Do you remember that experience of being on the cover of Allegany Magazine? Was it a good one?   I remember my first experience with being in Allegany Magazine. I was fairly new to the area and very excited about the prospect of being in the magazine and highlighting Alpacas at Rivers Edge and sharing my feeling about relocating to Oldtown.

Did anyone recognize you in public once you were on the cover? After the magazine came out with me and one of my alpacas on the cover I was surprised how many people would comment on it and ask questions about the farm. It was interesting to meet a number of people that thought I looked familiar but could not remember where we met.

How is life different for you now than it was when you were on the cover of Allegany Magazine? Since the first time I was in the magazine there have been several career changes. I left the position of Executive Director of the Chamber and was awarded the contract to do Tourism for the County and then several years ago left tourism and started a new position with DelFest LLC as Community Liaison. The farm still keeps me busy. The herd is getting older and I am no longer breeding the alpacas. I do miss the excitement of a new born alpaca (cria). I have rescued a few additional horses. It is hard to believe that I have been here almost 20 years. It is the longest I have lived in one place. I almost feel like a native now rather than a new comer.

What is something you've been doing that people might be surprised to learn? I think people are surprised that I am still working the farm with about 45 animals and also working for DelFest. I often get asked when I am going slow down and exit the farm life. My response is when I can no longer care for them the way they deserve. I have been fortunate to have some great help along the way. My neighbor, Martha, has been a help with the farm since the beginning. My nephew Doug lives in Paw Paw and can help with some of the heavy lifting.  I also think the fact that I spent my previous life always living in cities. With my job I lived in 6 different cities. I never had a horse or farm animals before moving out here. I was a “suit” in Washington D.C. I retired from AT&T as a VicePresident in Government Markets and now I drive a tractor, John Deere Gator and Jeep Wrangler.

Is there anything you want to do “next?” This has been a strange year for everyone but I am very happy with where I am in life right now. Going forward there are a few trips on my bucket list I’d like to take. I have always wanted to take a luxury train out West to the Canadian Rockies. I plan to continue with DelFest as long as they want me and I can do a good job for them.

Does Allegany County still feel like home?  I have often said that when I relocated to Allegany County it felt more like an adoption. Even though I have 26 cousins mostly back in Cleveland Ohio, Oldtown is my home. The first time I walked on the property where I built the farm I felt a connection to the river the mountains and the woods and bought 34 acres on the spot without knowing a soul in this community. I have never looked back and never regretted the move. Allegany represents the best pieces of everywhere I have l lived.

BEHIND THE COVER: Barb Buehl

Full disclosure: Barb Buehl was on the original advisory committee that was consulted when t…