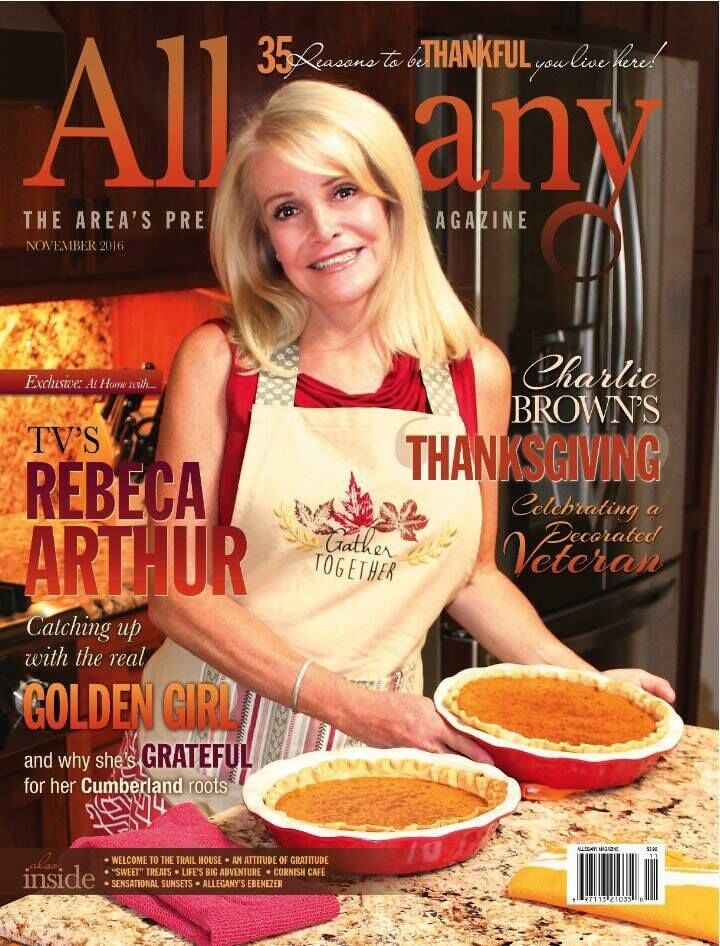 The original November 2016 cover featuring Cumberland's Rebeca Arthur.  She appeared more than once on ABC's Circus of the Stars and so we gave her our own set of hoops to jump through. 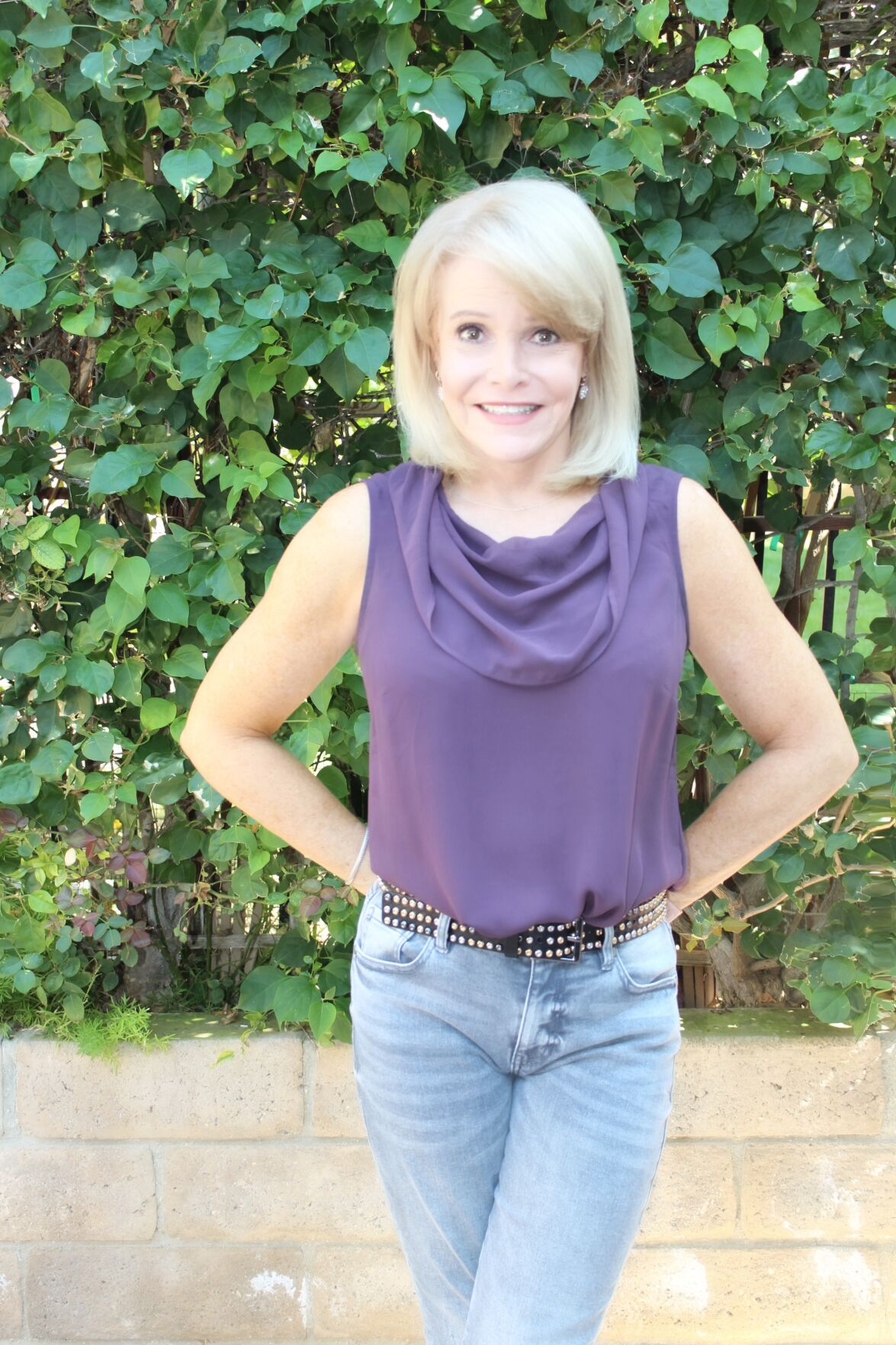 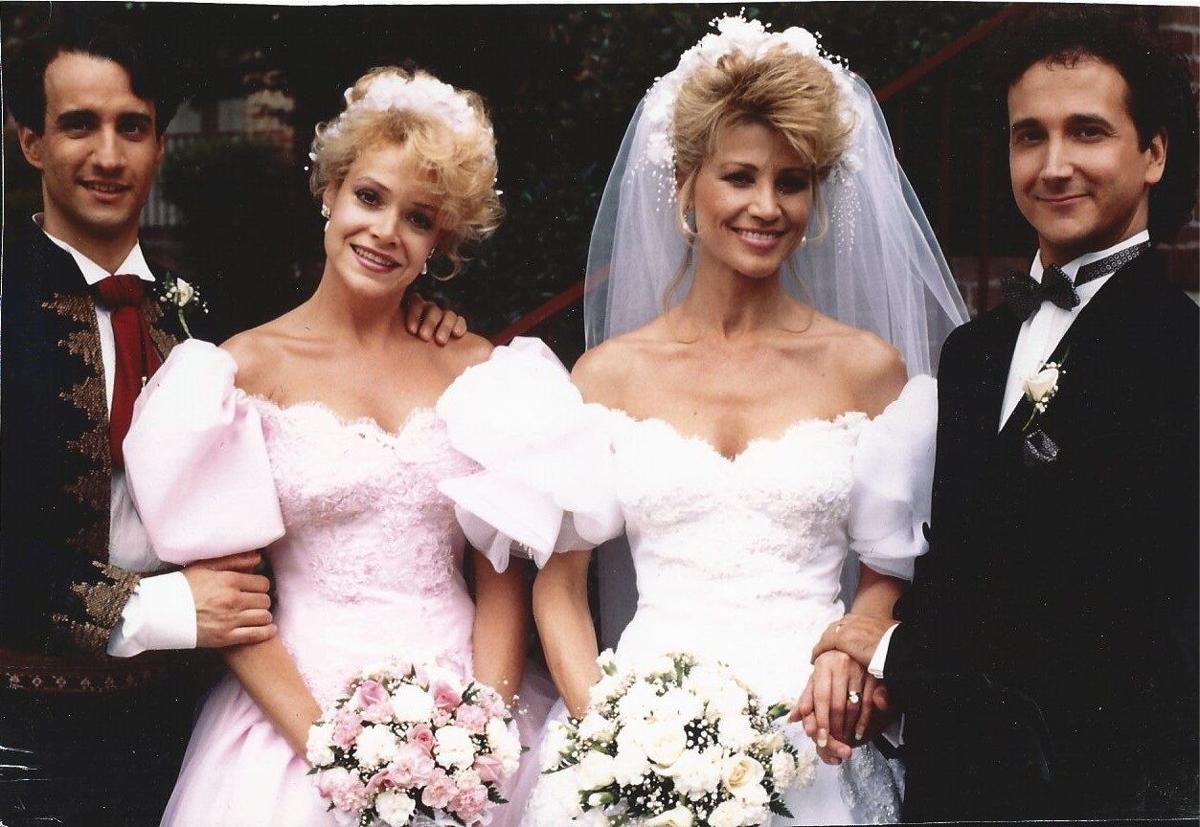 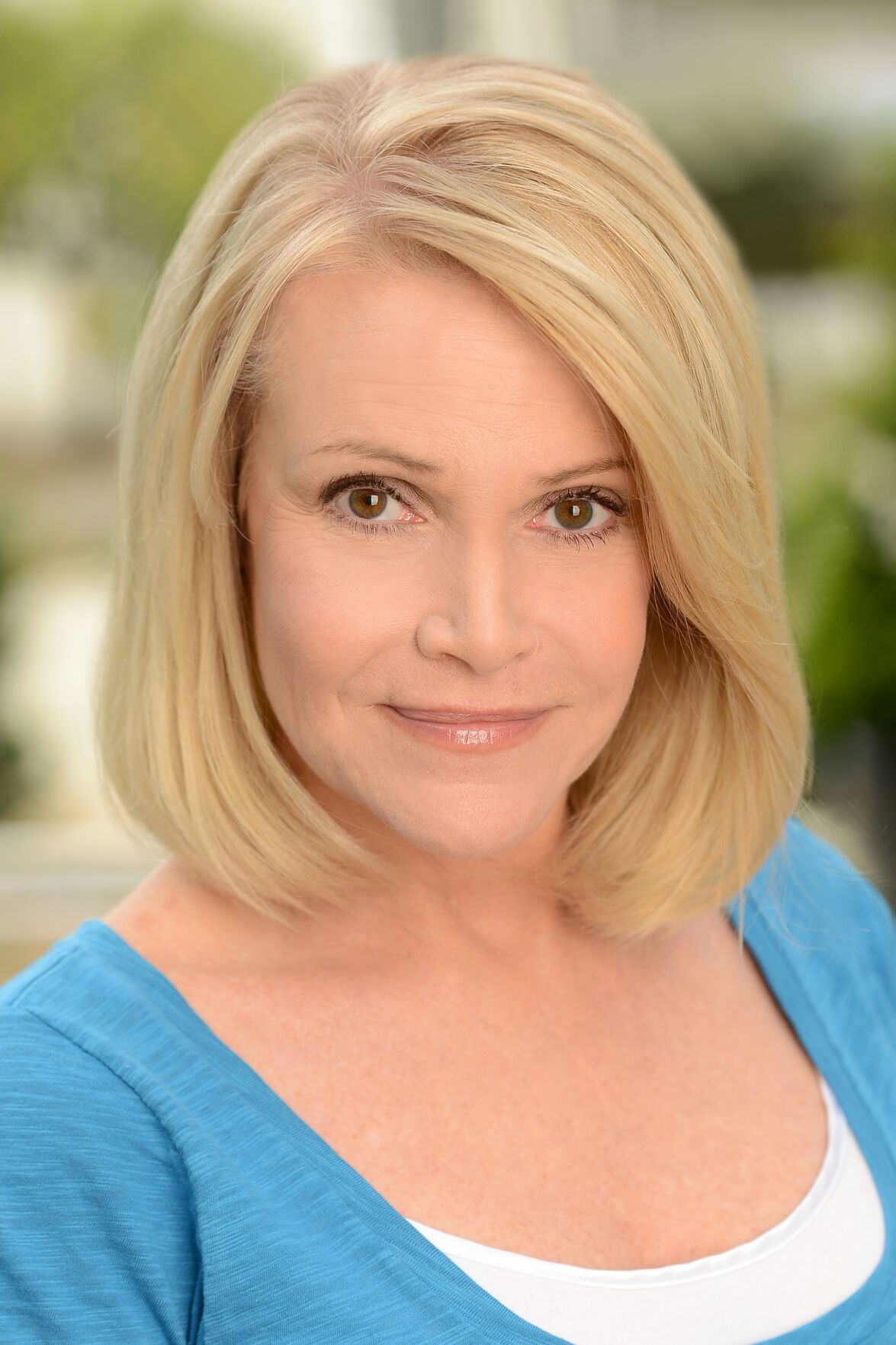 The original November 2016 cover featuring Cumberland's Rebeca Arthur.  She appeared more than once on ABC's Circus of the Stars and so we gave her our own set of hoops to jump through.

Don’t be a “Stranger”

Catching up with Rebeca Arthur

Do you remember that experience of being on the cover of Allegany Magazine? Was it a good one? Of course I  remember it! I remember trying to figure out how to get a “Fall looking" picture taken of myself in August with no sign of Fall out here in LA. That’s why I decided to bake the pumpkin pies and ended up in the kitchen. I had envisioned a lovely shot of myself in a darling Fall outfit sitting among some beautiful Fall foliage but, alas, not in 110 degree heat. Also, my dear friend from school, Ellen McDaniel-Weissler, was the one who interviewed me which was very cool!

What do you remember most about it?  Seeing it for the first time. What is really fun is when it came out, I heard from all of my Cumberland peeps with some sending me photos of it and others mailing it to me. Family in Florida even sent it to me! Then the next year I heard that the Times-News where Allegany Magazine is located had a gallery of covers up so when I was in Cumberland visiting my family, I surprised the awesome editor of said magazine by showing up at his office to take a peek. It’s a little frightening to see yourself so large but it was so fun to get to sign it and take pictures with Shane Riggs (managing editor).

Did anyone recognize you in public once you were on the cover? Oh yes because I mostly have been out of the public eye for the past 20 years so it was one of those, “Oh that’s what she looks like now!” I even heard from relatives I didn't even know I had!  I used the cover photo for my Facebook photo for a long time. I really enjoyed my stint as an Allegany Magazine covergirl!

What are some things you have been up to since we last caught up with you? It’s been four years now since my cover days so there have been some changes in my life. My two daughters have both left for college. My oldest daughter, Stella, is studying Entertainment Design at the famed Art Center College of Design finishing up her final year. My youngest daughter, Lena, is in her junior year at New York University studying sports management.  Two years ago we moved during the horrible fires that erupted nearly taking out our old house and then coming dangerously close to our new home on the same night. Evacuating in the wee hours of the morning isn’t something you grow up in Cumberland learning how to do! We grabbed our three  dogs and two cats, important documents and fled. We were very fortunate and the house was still here but I know many who weren’t that lucky and of course this year is even worse. Right now, the closest fire to us is about 50 miles away.

For fun, I have a clothing business with a foundation that helps women all over the country and the world. We do events where we give women affected by national disasters brand new clothes to rebuild their wardrobes and give them some much needed TLC.

How is life difference for you now than it was when you were on the cover of Allegany Magazine?   Hmmmm. I’m older and Covid-19 has ravished the country. I ended up traveling to New York in March during the worse time there. My daughter had come home for spring break and then NYU decided that everyone had to move out of the dorms. I flew back with her on March 20th and I have never seen NY so deserted. It was very surreal.  We went again at the end of June and it was still mostly locked down but showing more signs of life. LA is also pretty much closed up but restaurants are open now for outdoor eating and the traffic is starting to pick up again. That was the only bright thing about LA being on lockdown - no traffic!

What is something you've been doing that people might be surprised to learn?  I am learning Spanish. While in New York and forced to stay in our hotel room, I started Spanish lessons on my phone. As of writing this, I have done 192 consecutive days of Spanish lessons!  I took Spanish in high school and have traveled to Spain several times but my daughter made fun of my Spanish so I decided to fix that. Every once in awhile I hear a conversation in Spanish and realize that I actually understand it! Little wins…..

What is it that you would love to do next?  Have people over for dinner and get back to normal!

Do you still feel a connection to Allegany County? Of course!  I come back several times a year to visit family and get a dose of the seasons. In fact, because of Covid, my trips back have been postponed and I’m anxious to get back.

What do you think it takes to be a future Allegany Magazine cover story? I have no idea! I was just so honored to be chosen and I enjoyed every minute of it! Tell me - what’s the secret? Bake a pie?

BEHIND THE COVER: Rebeca Arthur