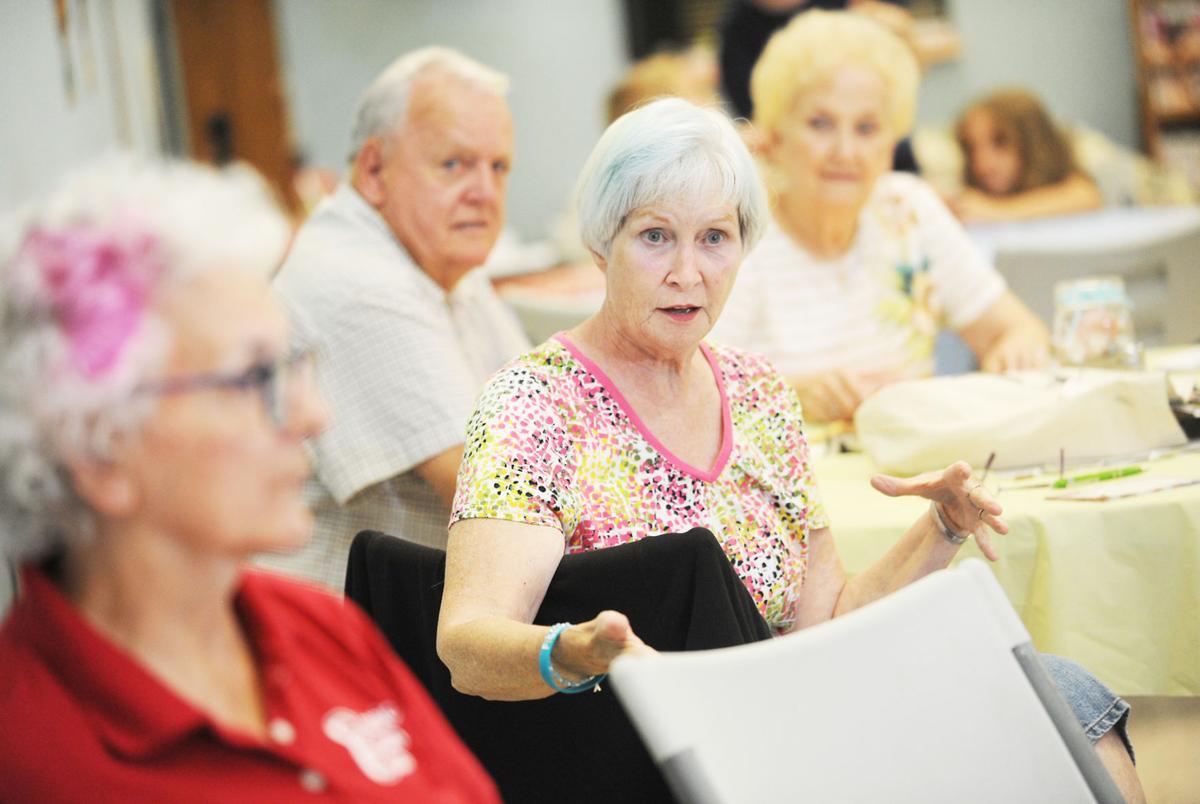 Janis Daily, also known as PoPooree, talks as members of the Johnstown, Pennsylvania Classic Clowns Club voice their concerns about the latest clown scare on social media during a meeting Wednesday, Sept. 21, 2016, at the East Hills Senior Center in Richland Township, Pennsylvania. 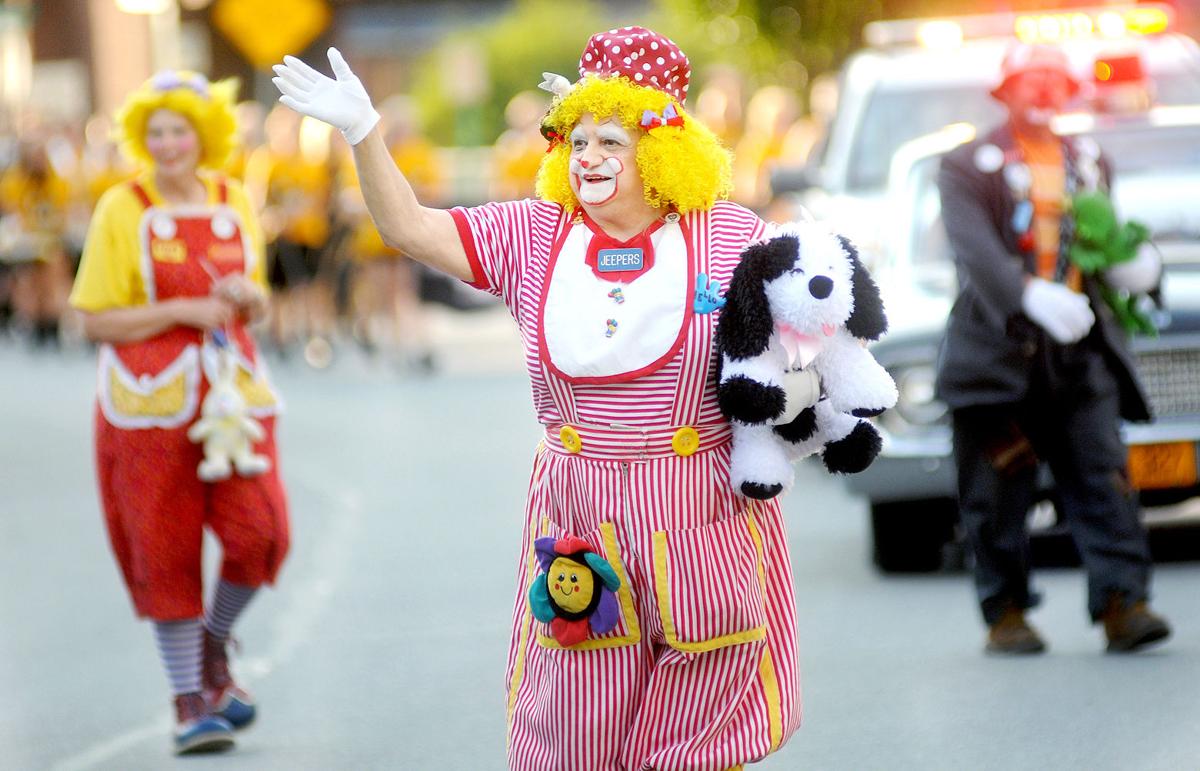 Fran Custer of Classic Clowns Club of Johnstown, Pennsylvania, performs as Jeepers the clown on Wednesday, July 15, 2015, during the parade in Ferndale, Pennsylvania.

Janis Daily, also known as PoPooree, talks as members of the Johnstown, Pennsylvania Classic Clowns Club voice their concerns about the latest clown scare on social media during a meeting Wednesday, Sept. 21, 2016, at the East Hills Senior Center in Richland Township, Pennsylvania.

Fran Custer of Classic Clowns Club of Johnstown, Pennsylvania, performs as Jeepers the clown on Wednesday, July 15, 2015, during the parade in Ferndale, Pennsylvania.

JOHNSTOWN, Pa. — The members of a western Pennsylvania clown entertainer group met Wednesday to discuss their future in the wake of a series of unsettling viral clown sightings and encounters across the country that have left a number of Americans shaken and concerned.

The Johnstown, Pennsylvania, Classic Clowns Club shares that sentiment and is just as alarmed by the ongoing rash of alleged “creepy clown” sightings.

“We just want to let the public know that we are not a threat to them,” troupe member Nancy Gindlesperger said.

The troupe’s members are a common sight at area parades, festivals, hospitals and fundraisers.

Reports in August claiming clowns in South Carolina had tried to lure children into the woods have since metastasized on social media, spurring nationwide anxiety.

As news of the South Carolina sightings spread like wildfire across social media, similar reports came in from North Carolina, Alabama, Georgia, Kentucky and West Virginia.

On Monday night, the phenomenon hit too close to home for members of the clown troupe.

A woman In Barr Township, Pennsylvania — about 40 minutes from Johnstown — said that a clown dressed in a teal outfit peeked through a window of her home at around 9:45 p.m. Monday night, according to state police in nearby Ebensburg, Pennsylvania.

The members of the Classic Clowns Club have been alarmed by news reports in which police have asked anyone who sees a clown to call 911. The troupe members often travel in costume, and worry that, if someone notices a van full of clowns and calls the police, they could end up in legal trouble.

“We were just out today, and we were wondering, ‘If we get stopped, what do we do?’” Gindlesperger, who is also known as “Fancy Pants,” said.

A member of the troupe who lives in Portage, Pennsylvania, planned to travel to Johnstown on Wednesday for a performance, troupe member Janis Daily said, but canceled her trip after reading about the Barr Township sighting, worried that she might be pulled over and arrested.

“All these years, we’ve never had a problem,” Daily, who performs under the name “PoPooree,” said. “We’re sought out for everything — every fundraiser, every festival — and now, because some people want to be funny, we’re afraid.”

Gindlesperger said she worries that the clown panic will ruin the joy she and her cohorts try to bring to the public.

“I’m not so much worried about a policeman arresting us,” Gindlesperger said. “I’m worried about the public perception of clowns. The little kids who would run up to us and hug us around the legs — are we going to lose that?”

As of Sept. 20, according to the Washington Post, police have not substantiated a single clown report.

In some cases, police say the clowns they’ve confronted have simply been pranksters or movie promoters. Most times, however, the police have not found any evidence that the clowns ever existed at all — and more than one reporter has been charged with obstruction after admitting to making a sighting up.

The members of the Classic Clowns Club are hopeful that the anxiety over clowns will soon dissipate and things will return to normal.

Meanwhile, Gindlesperger said, the panic “hasn’t slowed us down” — the troupe still has a full schedule of gigs lined up.

OAKLAND - The current national paranoia about people in clown costumes isn't good and is giving legitimate clown units a black eye, according …

It is a strange thing when Stephen King must defend the world from tales of horrific clowns. The horror maestro who authored "It," which featured a monster in the form of a clown, recently spoke out as a voice of pro-clown reason.