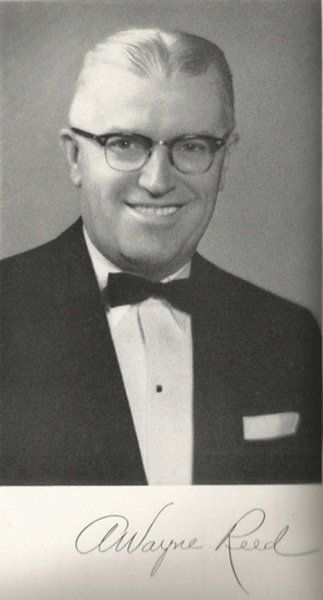 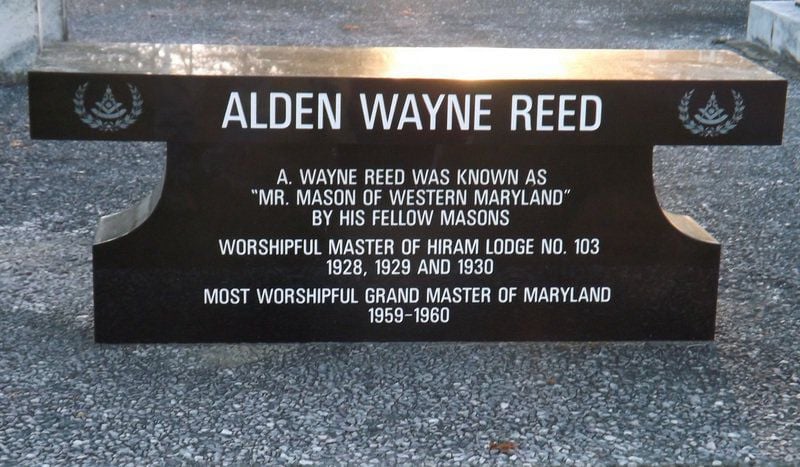 CUMBERLAND — The members of Hiram Lodge 103, AF&AM, Westernport, recently commissioned a memorial bench from Tri-State Memorial Company, Piedmont, West Virginia, to honor the late Alden Wayne Reed, a 70-year member of the lodge. The bench will be placed in the Masonic section of Sunset Memorial Park, Bedford Road, and will commemorate Reed’s accomplishments, contributions and dedication to Freemasonry.

A dedication and memorial ceremony will be held Sept. 10 at 11 a.m. at the cemetery. Immediately following the ceremony, a dinner will be served at the Cumberland Country Club and is open to all Freemasons, family and friends.

Reed, who died in 1993, was one of only two Freemasons from Western Maryland to ever be elected to the office of Most Worshipful Grand Master in the 228 years Freemasonry has been established in the state. Reed served as Grand Master in 1959 and 1960 and was known throughout Maryland as “Mr. Freemasonry” due to his dedication, and knowledge.