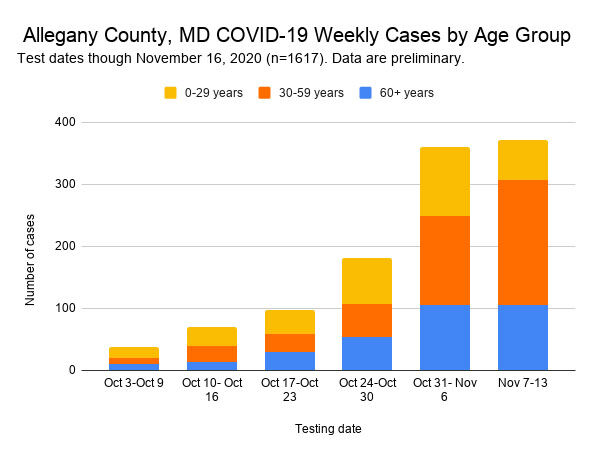 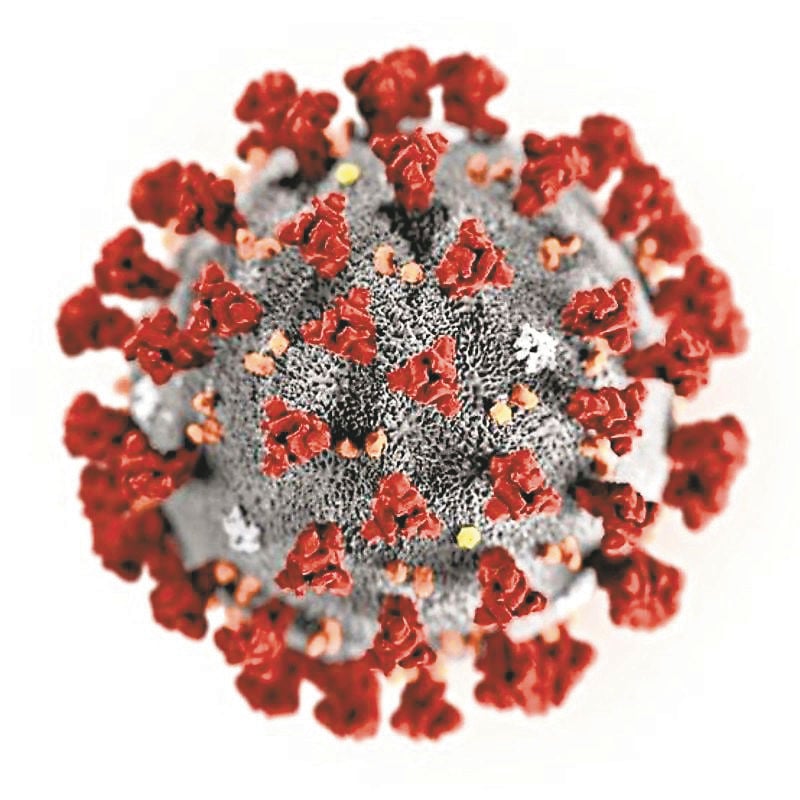 “Our entire region is currently experiencing a huge spike in COVID-19 cases,” Bob Stephens said. “It is critical that we all stop exposing ourselves to the virus.”

“COVID-19 cases have been on the rise statewide and around the country, and many health officials attribute the increased case rate to what has been called ‘COVID fatigue,’” read a news release from the Allegany County Health Department. “This is defined as communities becoming lax in practicing social distancing, mask-wearing, and recommended sanitization activities, leading to a surge in COVID-19 transmission throughout the population.”

The Maryland Department of Health reported 1,726 new cases Monday, the 13th straight day the state has reported at least 1,000 cases. Statewide, hospitalizations increased by 47 to 985.

Maryland reported a 7-day average positivity rate of 6.45%, a slight decrease from Sunday. The rate was 13.82% in Garrett County and 12.57% in Allegany, the highest numbers in the state and the only two Maryland jurisdictions in double figures.

“At this point, the virus is all around us and we need to keep our guard up,” Stephens said. “Do not have family and social gatherings or attend high risk events where you cannot have social distance. It is a fact that this virus spreads when there is a break in protective measures. Although removing a face covering for eating and drinking is allowed in public settings, it is nonetheless risky to yourself and others.”

Allegany County officials did not offer a case breakdown because of the large number of new cases.