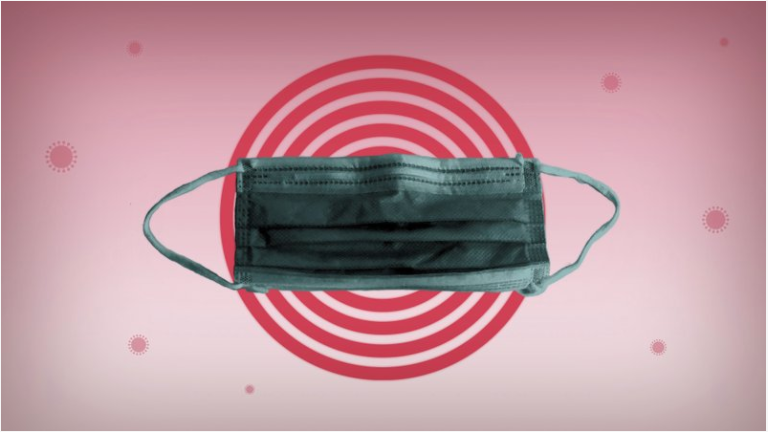 Letter from Kathy Hare to Mike Griffith at the Allegany County liquor board.

CRESAPTOWN — Shortly after she was released from quarantine Friday, Kathy Hare talked of the snowball effect COVID-19 has caused, and thanked the local liquor board for trying to slow further spread of the virus.

After a bartender at the Cresaptown Eagles tested positive for COVID-19 earlier this month, the Allegany County liquor board indefinitely closed the social club.

Upon learning of the situation, Hare and her husband, who is a trustee of the organization, tested positive for the virus.

The Allegany County Health Department on Friday released the couple from quarantine, she said.

“I still can’t taste or smell anything,” Hare said.

Her symptoms began with a cough, followed by a fever, chills and extreme fatigue.

“You just don’t have any motivation to do anything (and feel) lifeless,” she said and added she's grateful for friends that left hot soup and well wishes outside her house.

But although she feels physically better than she did many days ago, Hare is upset that she unknowingly exposed other folks to the virus.

She worked with a contact tracer to recall places she’d been and people she’d encountered.

The list included a ladies’ meeting at the Eagles, dinner with a friend that was visiting from out of state, and a cookout.

“It was horrible … listening to what I’d done to people by exposing them to something I didn’t even know I had,” Hare said.

On Tuesday, Hare wrote a letter to Michael Griffith, chairman of the Allegany County liquor board, which can be read at the end of this story.

“Of course we weren’t wearing masks … somehow we felt a false sense of security within those walls around people that we knew, that we couldn’t get (COVID-19) there,” she wrote. “We wish we could have a do-over, and wear our masks like we should have.”

At least 15 people the Hares had contact with were “put in lockdown.”

“Then what people don’t realize is that those 15 people have also been in contact with another group of people,” she wrote.

Hare thanked Griffith and the liquor board for closing the Eagles.

“This closure has allowed the other club employees, its members and their families the time needed to test, receive results and quarantine,” she wrote. “Hopefully, when the club reopens, our members will respect the rules and the trustees will enforce them together.”

Today, Hare emphasizes the need for people to follow safety guidelines and wear a mask.

Hare said her son, who lives with them and works at Gonzaga Family Health in LaVale, is now positive for COVID-19 and staying at home.

“He was concerned all along that he would bring it home to us and it was the other way around,” Hare said.

Grace Weisenmiller, who works in human resources at Gonzaga, said company policy prevents her from discussing an employee.

The medical practice follows a daily routine that includes recorded temperature checks and reporting of any symptoms for all workers.

Any employee that is checked for COVID-19 can’t return to work until they can show a negative test result.

“(Employees) call us before they come into the building,” she said. “We work with the health department.”

Denny McKenzie, a trustee at the Cresaptown Eagles, on Friday said he’s waiting to learn from the liquor board and/or health department when the club can reopen.

“We haven’t heard anything,” he said.

“The Eagles will be permitted to reopen once (ACHD) submits a letter of approval and reopening date to the liquor board,” Griffith said via email Friday.

No other liquor licenses in Allegany County been impacted because of COVID-19, he said.

On Friday, the Maryland Health Department reported 88,346 COVID-19 cases across the state, which includes 1,169 new positive test results and five deaths in the past 24 hours.

“The latest cases involve a male in his 70s, a male and female in their 50s, and two females in their teens,” the department said via press release. “None of them has required hospitalization.”

As of Friday, 11,187 Allegany County residents had been tested for COVID-19 and received results.