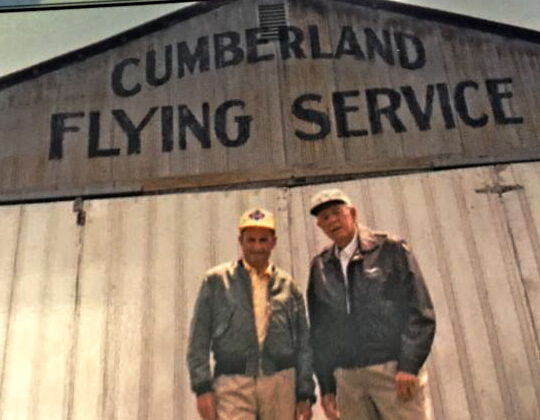 Bill Armstrong (left) and Bob Poling pose in front of an original 1940 hangar at the Mexico Farms Airfield. 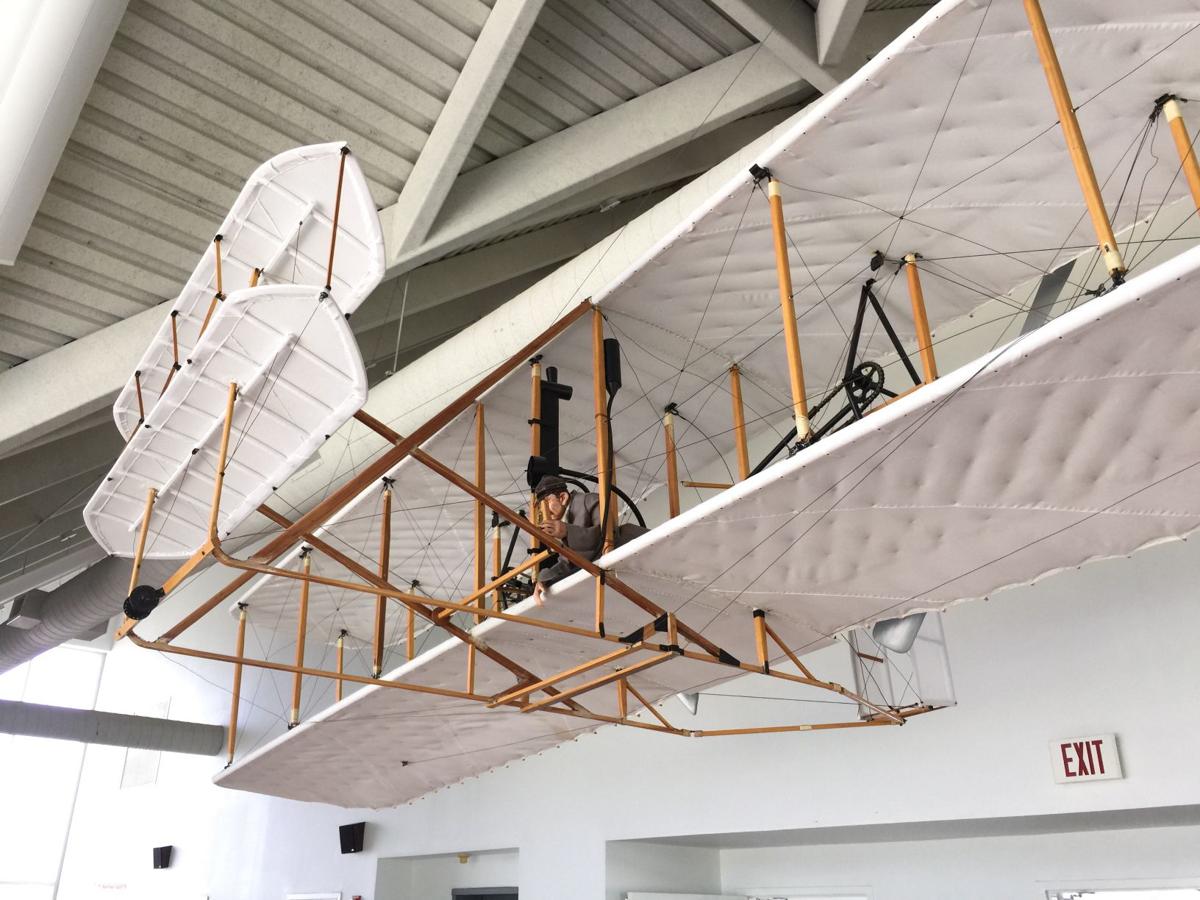 This 40 percent scaled replica of the Wright Brothers 1903 first powered flight aircraft hangs in the Cohongaronta Gallery. Orville Wright spent a night at the the Fort Cumberland Hotel in 1933.

Bill Armstrong (left) and Bob Poling pose in front of an original 1940 hangar at the Mexico Farms Airfield.

This 40 percent scaled replica of the Wright Brothers 1903 first powered flight aircraft hangs in the Cohongaronta Gallery. Orville Wright spent a night at the the Fort Cumberland Hotel in 1933.

1933 - Orville Wright spends a night at the the Fort Cumberland Hotel. Many years later, a model of the Wright Brothers 1903 aircraft that set the stage for aerial transportation would be added to the Cohongaronta Gallery on the second floor of the Cumberland airport.

1941 - Construction of a fourth airport, the Cumberland Municipal Airport -- now know as The Greater Cumberland Regional Airport or CBE -- begins in Wiley Ford.

1942 - A B-25 is the first large airplane to use the partially completed airport.

1945 - The airport is named Cumberland Municipal Airport and around this time adopts "CBE" as identification.

1961 - The Kelly-Springfield Tire Company, which was later bought by the Goodyear Tire and Rubber Company of Akron Ohio, established a flight department at the airport that lasted until termination in July 2000, according to the book.

1960s - Nicholson Air Service serves as the airport's fixed base operator, according to an Oct. 2, 1991 Cumberland Times-News story.

1982 - The Maryland State Police Aviation Section is located at the airport. The MSP medevac, Trooper 5, begins operations from the airport in a 10- by 26-foot office trailer that was manned by four people.

1987 - Cumberland agrees to transfer control and operation of the airport to Allegany County.

1990 - An advisory board reports to the Allegany County Commission and pursues acquisition of commuter services.

1990 - Maryland Gov. William Donald Schaefer and Gaston Caperton, governor of West Virginia, sign an intergovernmental agreement that authorizes the Potomac Highlands Airport Authority, a five-member board, to control the airport.

2014 - A ceremony is held to welcome the full-service mission operation of the new Trooper 5 AgustaWestland AW 139 helicopter at the airport.

SOURCE: “Wings Over Cumberland An Aviation History” by Bob Poling and Bill Armstrong

Elaine Blaisdell is a reporter at Cumberland Times-News. To reach her, call/text 240-362-3612, email her at eblaisdell@times-news.com and follow her on Twitter.

CUMBERLAND SKIES: The future of the airport

Although the Greater Cumberland Regional Airport likely won't offer commercial flights in the future, it might specialize in niche services su…

Gregg Wolff, chairman of the Potomac Highlands Airport Authority, will pursue a memorial to honor local airmen that died.

WILEY FORD, W.Va. — Members of the Potomac Highlands Airport Authority on Thursday rejected a bylaws change that would have required the prope…