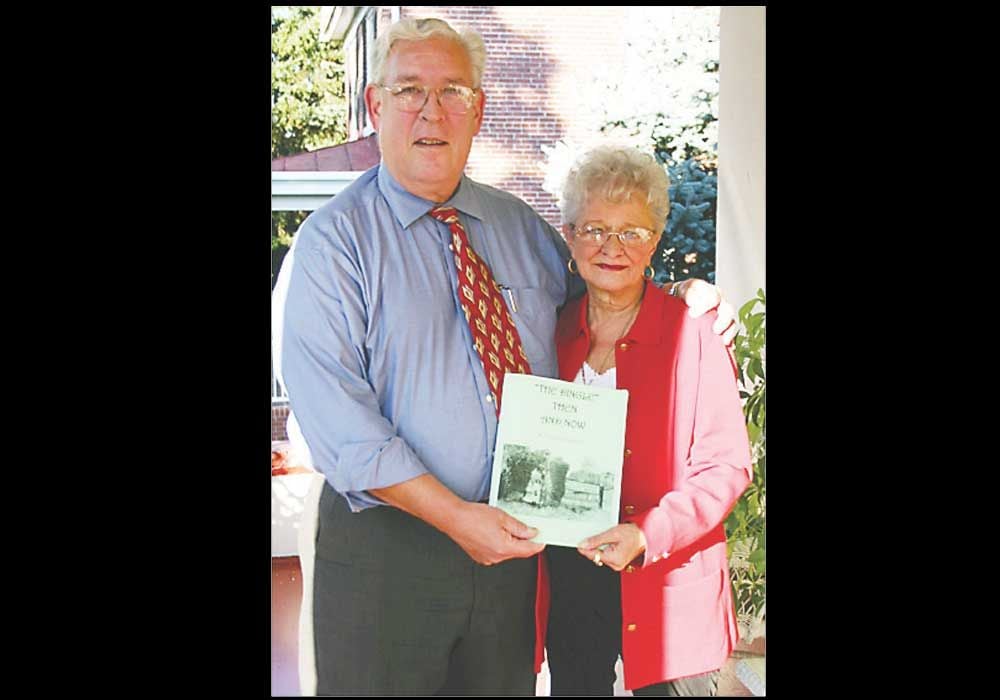 Frank and Lea LeParle display a copy of their book, “‘The Dingle’ Then and Now,” outside of their Buckingham Road residence. 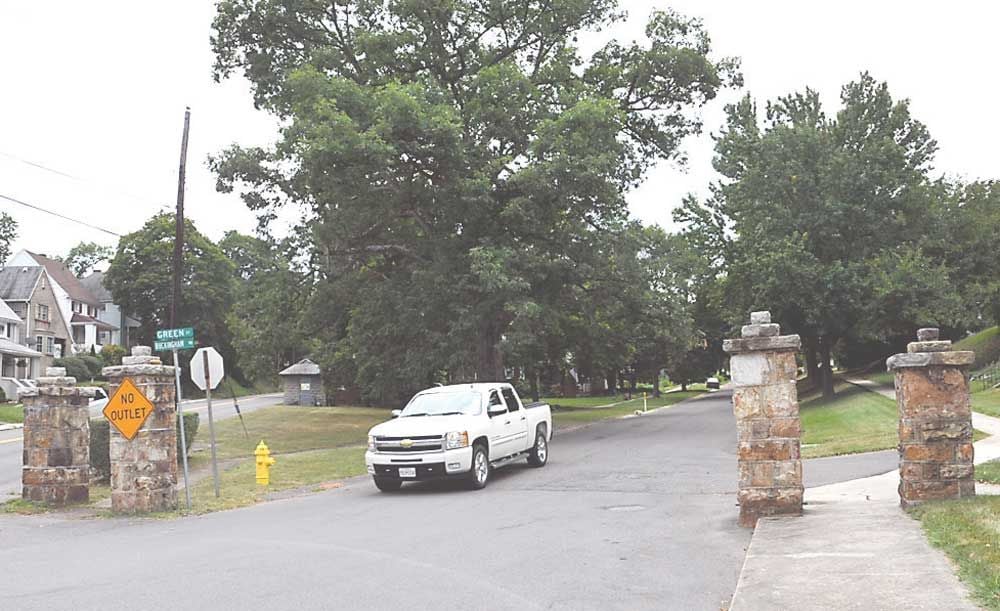 Stone pillars line both sides of the entrance to The Dingle at the intersection of Buckingham Road and Greene Street in Cumberland.

Frank and Lea LeParle display a copy of their book, “‘The Dingle’ Then and Now,” outside of their Buckingham Road residence.

Stone pillars line both sides of the entrance to The Dingle at the intersection of Buckingham Road and Greene Street in Cumberland.

CUMBERLAND — On July 1, 1913, a corporation called The Dingle Co. purchased the entire Deekens farm and vineyard, once home to Revolutionary War soldier David Lynn. This land, now bordered by McMullen Highway, Braddock Road and Sulfur Springs Hollow Road, was then developed and named The Dingle. Marked with stone pillars at the junction of Greene Street and Buckingham Road, where gates used to restrict entry, the area is referred to it as the first gated community in the county by many people who remember it from that time period. “You didn’t get in here unless you had an invitation or a car that they knew,” said Lea LeParle, now a resident on Buckingham Road. “I grew up in Cumberland and I had a friend that lived in The Dingle, so I remember always being down here and playing; I grew up here and always knew I wanted to live here.” So when a home in The Dingle was put on the market, Lea and her husband, Frank, bought the property in 1972. They began collecting information about the area until they finally decided it was time someone wrote about The Dingle and, with Frank writing and Lea editing, they put together a book called “‘The Dingle’ Then and Now.” “There is a world of history here and nobody has ever done anything about The Dingle,” Frank said. “And we’ve been collecting things since about 1970, when we moved here, and we just thought it was time to put it all together.” Frank said he began researching all the deeds to the homes, which he dated back to the original Dingle time. After about 1 1/2 years, the couple finally finished their book. “(What was so interesting) was this area didn’t belong to the city,” Frank said. “It was a private community when it was built in 1914 and didn’t become part of the city until about 1934.” The hardest part about writing the book was putting together the basic history. “For example, you had to choose one property and find out who started it, go through the deeds to interpret that writing and so forth. And many of the people, at one time, rented out their homes, so I had to go to the census records for that information because people who lived here may not have actually owned the building,” Frank said. “So really, getting everything correct was the hardest part.” But the two had so much fun working on the book it didn’t come as work. The book contains the history of The Dingle, photocopies of original deeds, photos of methods of transportation, and before-and-after pictures of the homes. To purchase a copy of the book, call the LeParles at (301) 777-3974 or e-mailburbon@ prodigy.net. Books cost $20 and can also be shipped out of town for an additional charge. Contact Tess Hill at thill@times-news.com.