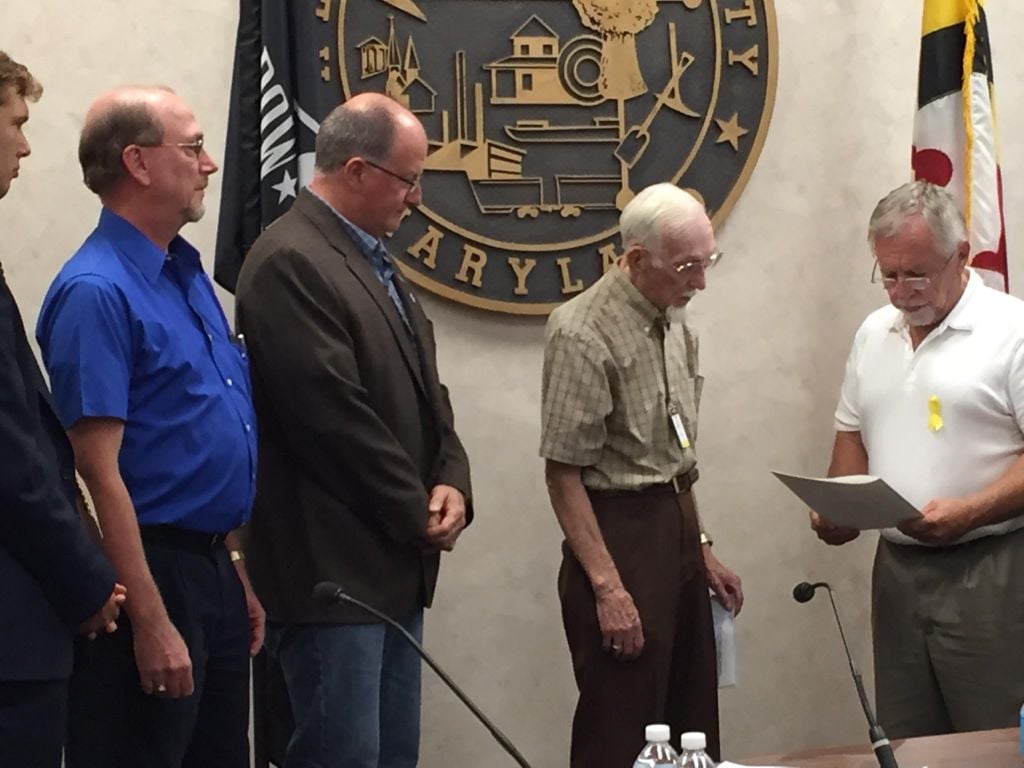 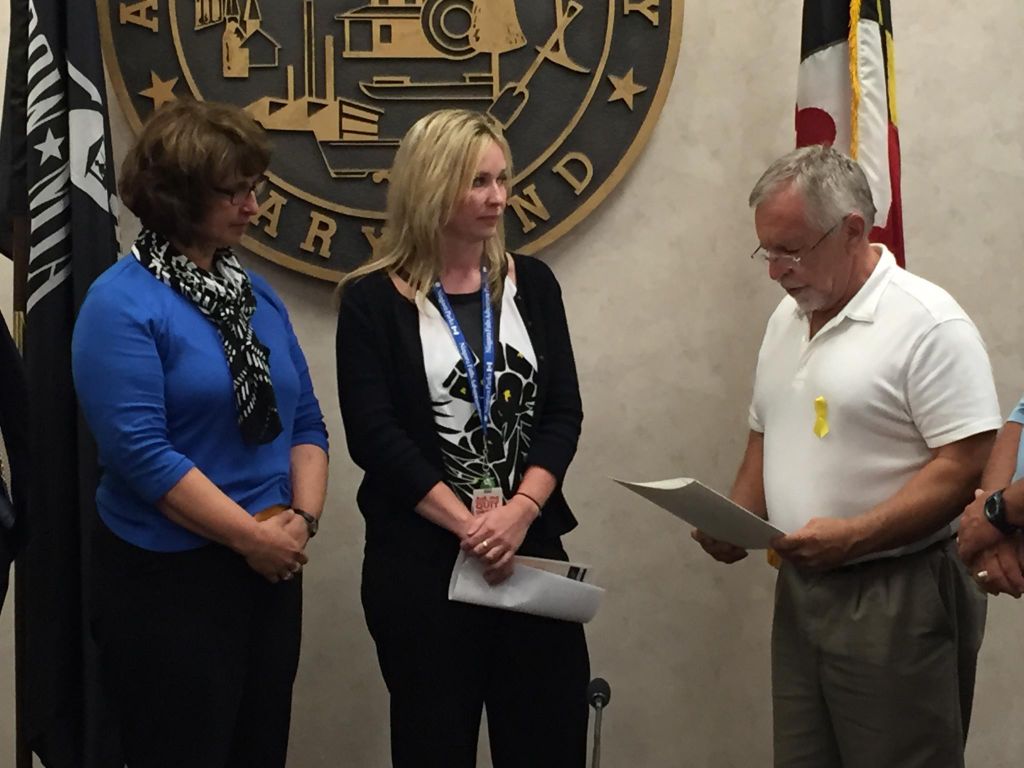 CUMBERLAND — Hundreds of Allegany County homeowners will get a tax break the next time property tax assessments skyrocket, as they did in the mid-2000s.

Higher assessment mean higher taxes, but a new county law Allegany County Commissioners passed Thursday will aid those hit the hardest by tax increases. The new law changes an existing tax credit. The new credit will kick in when the assessed value of a home increases by 4 percent, instead of the current 7 percent.

“We don’t control your assessments ... but we do control when your tax credit kicks in,” said Commissioner Jake Shade. The State of Maryland controls the process of assessing home property values.

Shade proposed the increased exemption during his 2014 campaign for office.

The 4 percent rate will be in line with most of the other counties in Maryland, Shade said.

“Sometime in the future you’re going to see the impact when assessments go up,” Shade said. The change will also prevent commissioners from getting a tax windfall when assessments increase, along with the temptation to find ways to spend it, Shade said.

Nine of Maryland’s 24 counties currently have lower requirements for residents to receive the credit. By shifting Allegany County’s requirement to 4 percent per year, the county will be tied for the fifth most generous credit in the state, Shade said.

The new credit will go into effect July 1, 2016. The amount of the credit would vary based on the property being considered.

The meeting took place at county offices on Kelly Road.

• Signed a letter in support of  Peak Harvest Health’s application for a license to grow medical marijuana in Allegany County. PHH officials announced plans recently to open an indoor medical marijuana growing and processing center in the Riverside Industrial Complex on Kelly Road. The plan is contingent upon PHH securing one of the 15 growing licenses Maryland will issue toward the end of the year. The letter of support was sent to The Natalie M. LaPrade Maryland Medical Cannabis Commission, a 16-member panel established under the law, which is responsible for adopting state regulations and issuing the licenses to grow medical cannabis in Maryland.

• Issued a proclamation proclaiming Sept.6-12 as National Patriotism Week, which honored the Benevolent and Protective Order of Elks for their work to encourage patriotism in the community. The proclamation was received by leaders of the Frostburg Elks Lodge #470.

• Proclaimed September as National Recovery Month. The month, also observed nationally, recognizes the benefits of preventing and overcoming substance abuse and mental disorders. The proclamation recognizes that recovery is possible and that people who have suffered from mental health and substance abuse problems can contribute positively to the community. The proclamation was received by members of the Allegany County Health Department.

Matthew Bieniek is a reporter at Cumberland Times-News. To reach him, call/text 240-362-3079, email mbieniek@times-news.com and follow him on Twitter.

A company that plans to grow medical marijuana purchased 26 acres in Oldtown to cultivate the operation.

The Baltimore County Council has set the zoning rules that will govern where medical marijuana businesses can open in the county.

CHESTERTOWN — The Kent County Commissioners voted to send a letter of support for a medical cannabis facility Tuesday, Sept. 8, during their w…

HANCOCK — Officials say a medical marijuana company partnered with a Washington County town for plans to open a new operation in the area.

Column: Powerful constituency of mothers gets behind medical marijuana

SALEM, Ohio - James Robert Klipstein Sr. passed on Sept. 22, 2020, in Salem, after a courageous battle with cancer. Jim was born, in Lonaconing, on May 27, 1944, son of Edward and Elsie Klipstein, who predeceased him. Jim is survived by his wife of 36 years, Betty Rase Klipstein; a son, Jame…

SENECA ROCKS, W.Va. - Norman Blake Landis, 95, of Seneca Rocks, formerly of Springfield, passed away Saturday, Oct. 17, 2020. Friends will be received on Tuesday, Oct. 20, 2020, from 5 to 8 p.m. at Springfield Assembly of God Church, in Springfield. Funeral services will be conducted in the …