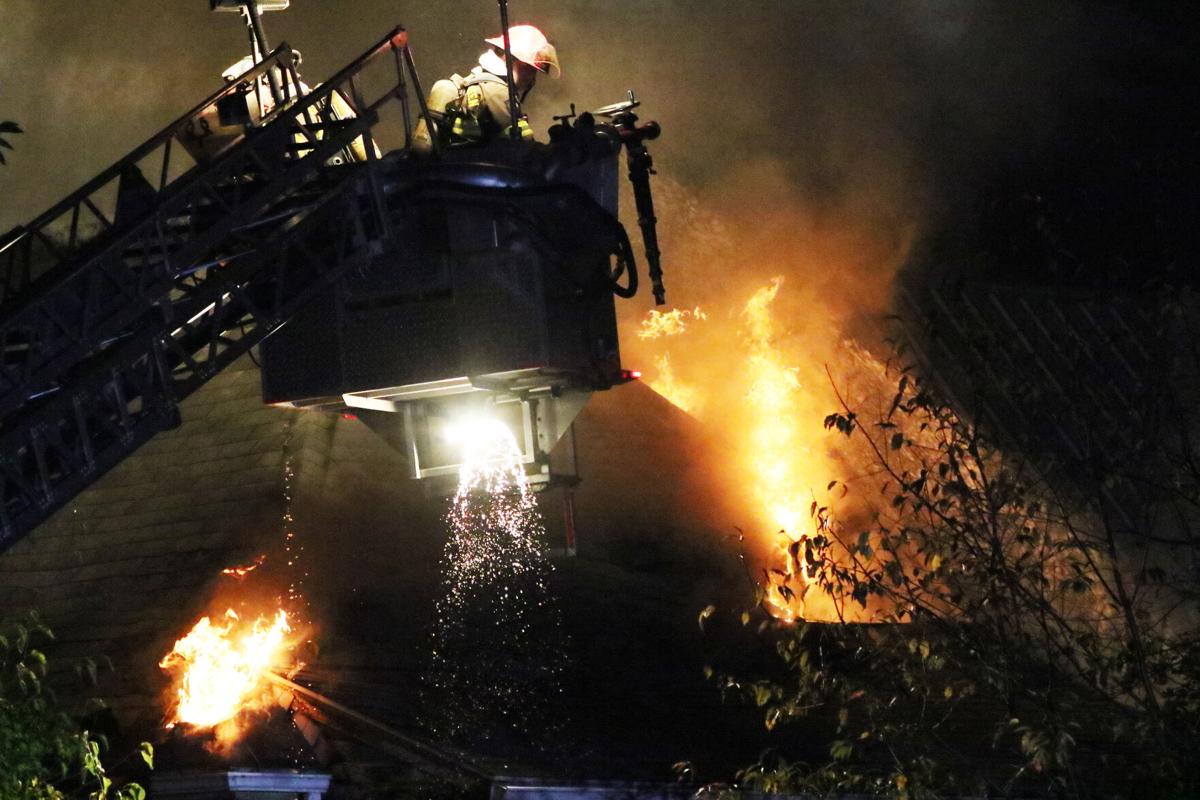 Firefighters work to control a fire in the attic of a Decatur Street home late Wednesday, Oct. 21, 2020. 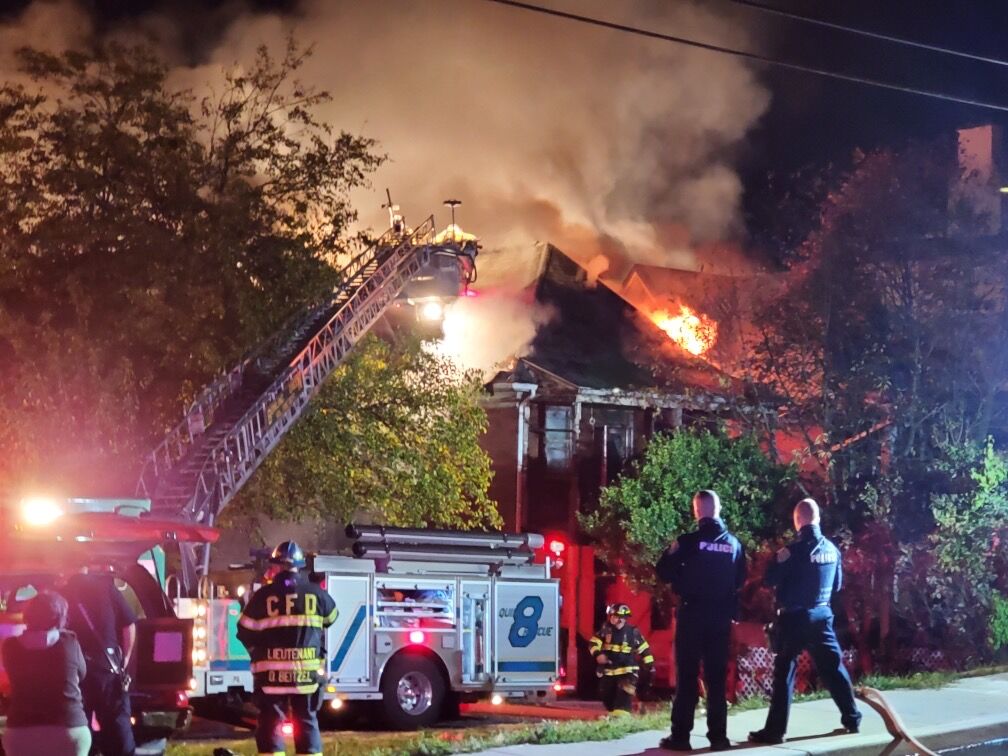 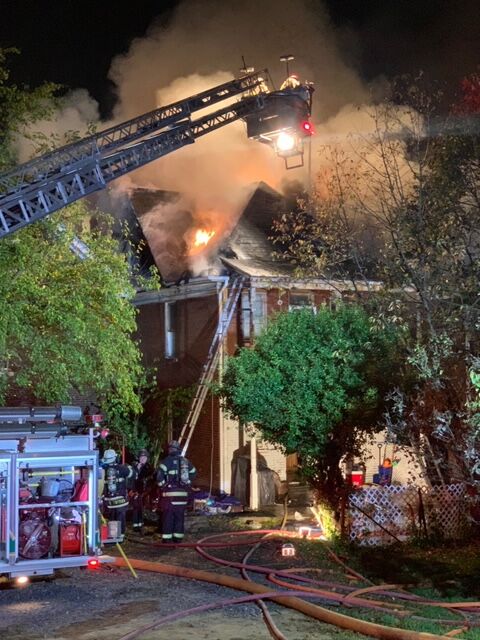 Firefighters work to control a fire in the attic of a Decatur Street home late Wednesday, Oct. 21, 2020.

A passerby discovered the blaze at about 10:35 p.m., and pounded at the front door to alert Keren Thomas, who quickly exited the property with her three children. Her husband Terrence was not at home at the time.

“The passerby saw fire at the roof line and in the attic at the rear of the property,” said Lt. Shannon Adams of the Cumberland Fire Department.

Adams remained at the scene late Thursday morning, continuing to investigate the cause and origin of the two-alarm fire fought by 18 city firefighters and seven allied volunteer fire departments from Allegany and Mineral counties.

“It’s still under investigation. But it started in the attic and it’s difficult to get to right now, and the roof is in bad shape so I have to be careful getting in there,” said Adams, who also serves as the city fire marshal.

“Firefighters were able to contain the fire to the attic and roof area,” Adams said. “There was no smoke or fire damage to the first or second floors, just water damage.”

The Thomas family is reportedly being provided emergency assistance by family members.

The fire operation was directed by city fire department Capt. Chris Ratliff. The last unit left the scene at 4 a.m.

Allegany County Fire Police directed traffic during the fire operation that included assistance at the scene by the Cumberland Police Department.

One volunteer firefighter was injured during the overhaul work and was taken to UPMC Western Maryland for treatment of injury.

Minor damage also occurred to an adjoining property at 9 Decatur. Siding and windows were damaged by water.

Numerous off-duty city firefighters responded to the scene and for standby at central station. Volunteer departments were also alerted for standby during the incident.

LONACONING [mdash] Barbara Viola Rinker, 74, passed away on Nov. 24, 2020, at the Sterling Care Frostburg Village Nursing Home. Born on July 28, 1946, she was the daughter of the late William Thomas and Julia Marie (Moyers) VanMeter. She was also preceded in death by her late husband, Russel…