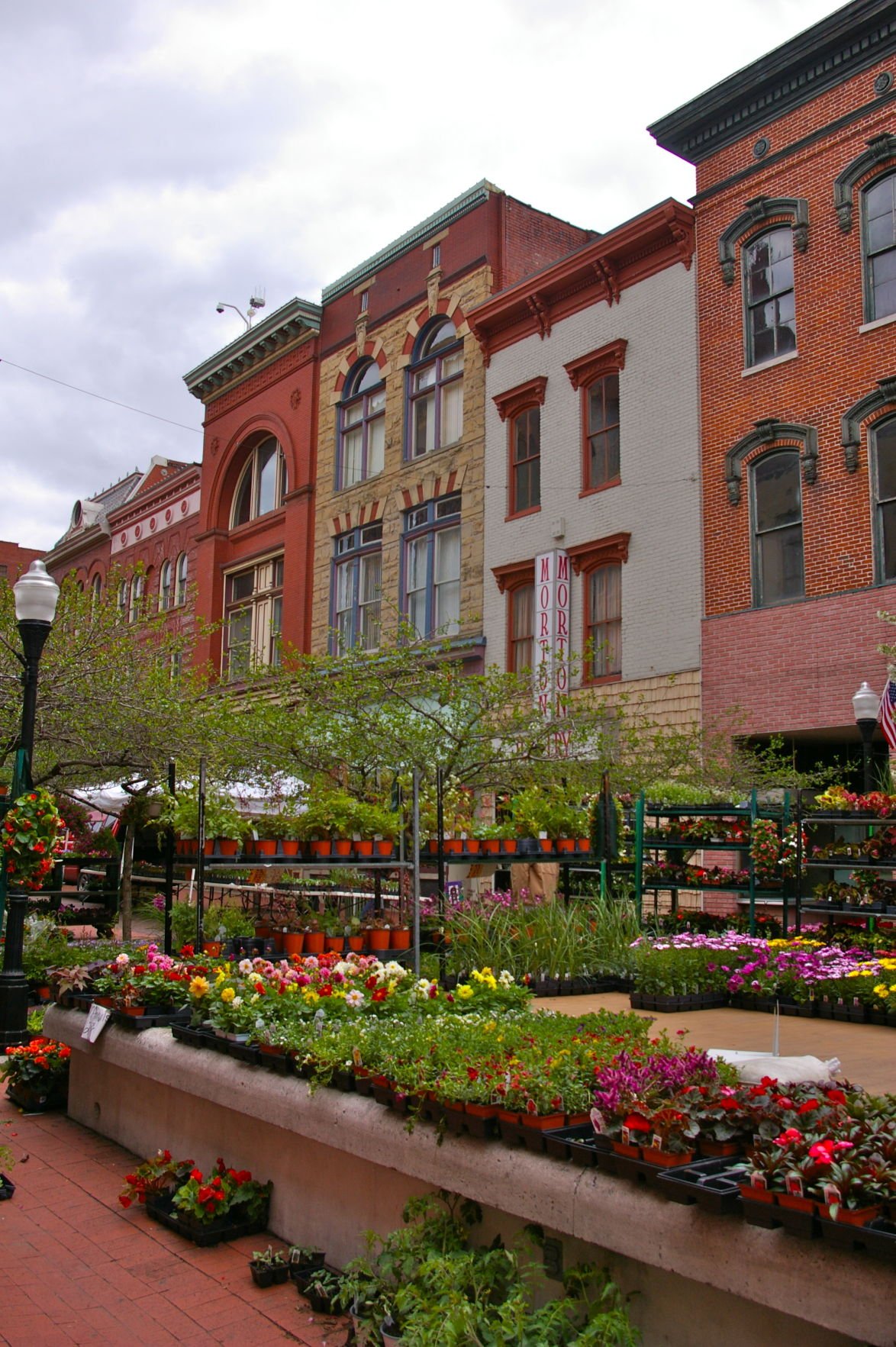 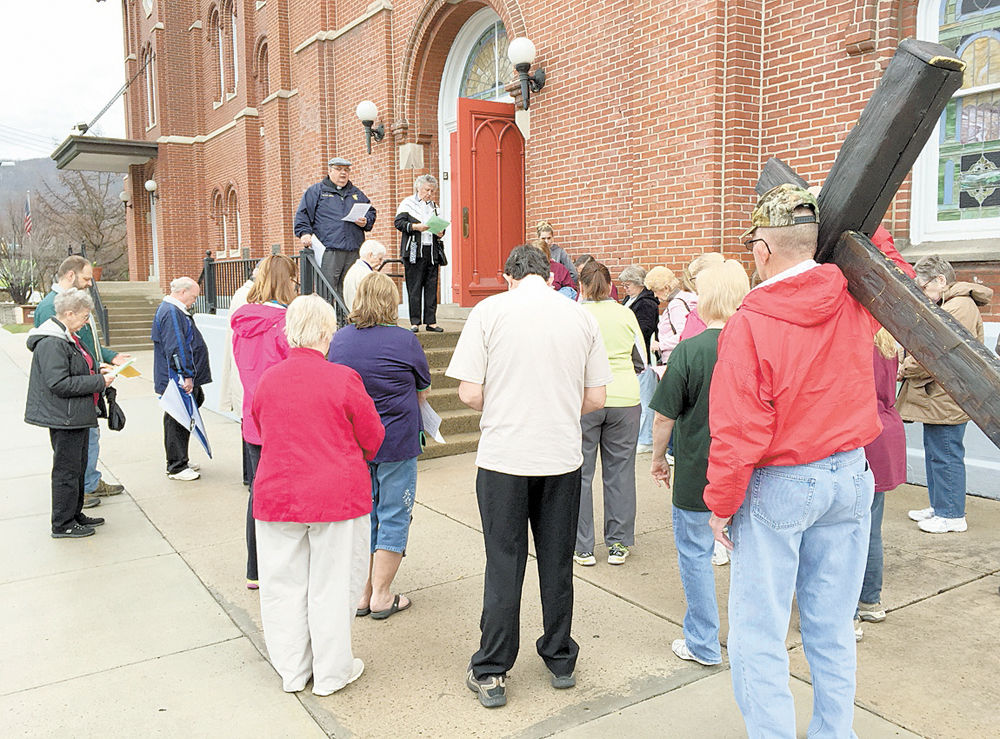 Members of the South Cumberland-Ridgeley United Methodist Charge gather outside Centre Street United Methodist Church on Good Friday. The Rev. Rick Jewell addresses the gathering prior to the annual walk with the cross through downtown. Good Friday services were held at the church at noon following the walk. 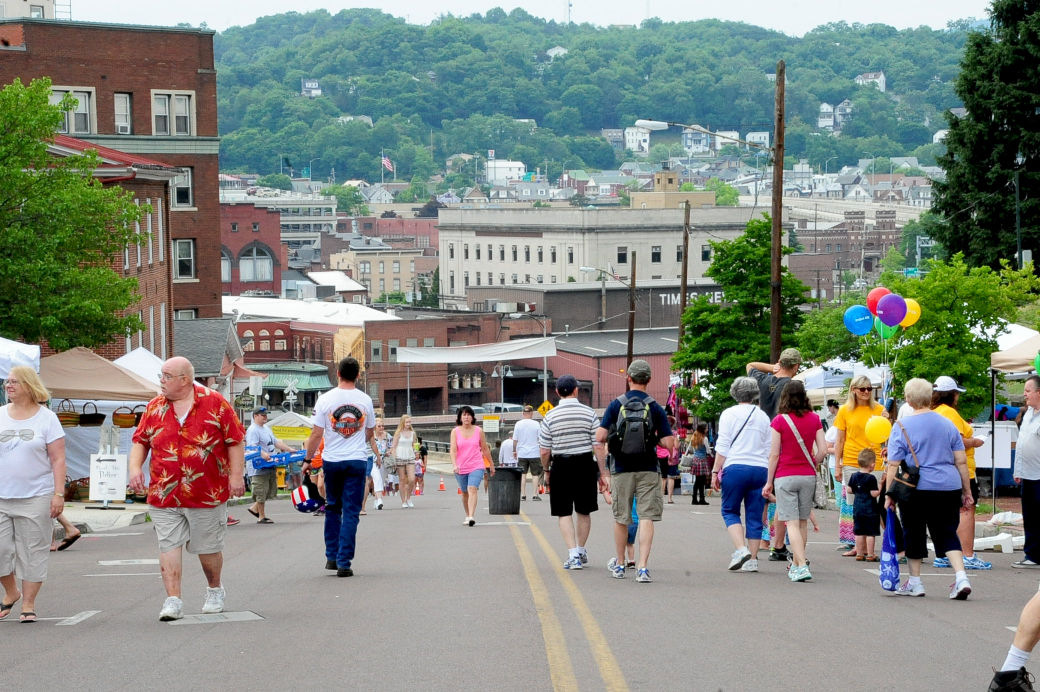 Members of the South Cumberland-Ridgeley United Methodist Charge gather outside Centre Street United Methodist Church on Good Friday. The Rev. Rick Jewell addresses the gathering prior to the annual walk with the cross through downtown. Good Friday services were held at the church at noon following the walk.

CUMBERLAND — Although Marylanders have the highest median income in the country, Cumberland has been named the poorest city in the state by the New York-based online publication 24/7 Wall Street.

The article, “America’s Poorest Towns, State by State,” named the the cities in each state with the lowest median household income. Cumberland, with a median income of $30,962, was last in Maryland.

“I don’t put a lot of stock in those statistical studies. You have to look at what they are basing things on,” said Mayor Brian Grim.

Grim said some reports will include the prison population in the statistics.

“That will skew the numbers,” said Grim.

“Cumberland has not recovered the manufacturing jobs that we lost years ago. We have more tourism but many of those jobs are minimum wage,” said Bill Chesno, an associate with real estate firm Carter and Roque and a member of Cumberland’s Economic Development Commission.

The bright side, according to Chesno, is that Cumberland is “the poorest in the the richest state.”

The poorest town in West Virginia is Elkins, with Johnstown ranking as the poorest city in Pennsylvania.

“Our legislators are working with us and doing a good job. We also have a mayor and City Council who just passed a new economic development plan which is very aggressive in addressing the issues. We are finalizing a plan to bring broadband fiber to downtown,” said Chesno.

“I think there are other cities in other states that are doing worse than Cumberland. It’s not to say we don’t have poverty or homeless issues. But I don’t think a report like that is a reflection of our community,” said Grim.

Grim and Chesno said that statistical reports often don’t include the impact of areas connected to Cumberland such as LaVale or Mineral County, W.Va.

The 24/7 Wall Street article said it recognizes that “poverty in the U.S. is not uniform and varies from place to place.”

Figures do not include food stamps or Medicaid as income, according to the U.S. Census Bureau

“I see nothing but positive for the downtown. The worse is behind for Cumberland,” said Chesno.

He said the strategy of recruiting smaller businesses employing five to seven peopple who earn high wages is the best scenario.

“We need a bunch of singles and not home runs,” said Chesno.

The poorest cities in the tri-state area

Downtown Cumberland is the site of the 47th annual Heritage Days festival, which kicked off …

CUMBERLAND — City officials are working on a way to promote the under-utilized, 428-space Ce…

CUMBERLAND — The city of Cumberland is planning to seek up to $750,000 in state grant fundin…

Do away with the DDC? Debate looks to pros and cons of Cumberland ‘mall tax’

CUMBERLAND — With the debt -- incurred to brick over the downtown mall -- retired, public of…

School board and city team to bring fiber optics to downtown

VIDEO: Making dog treats for a good cause

Cumberland has been ranked Maryland’s poorest city by the online publication “24/7 Wall Street” ... not a distinction anyone would envy.

Tourists getting in your way? There’s a $7 billion reason to be patient.

They crowd downtown sidewalks, and their charter buses block the streets. They pester the locals for directions. Worst of all, they stubbornly…

Cumberland economic development office to close, nonprofit will take over

OAKLAND — Garrett County and Declaration Networks Group, Inc. recently entered into a long-term agreement that establishes funding for a state…

CHARLESTON, W.Va. (AP) — According to a report released by the U.S. Census Bureau, nearly 20 percent of West Virginians were living in poverty…