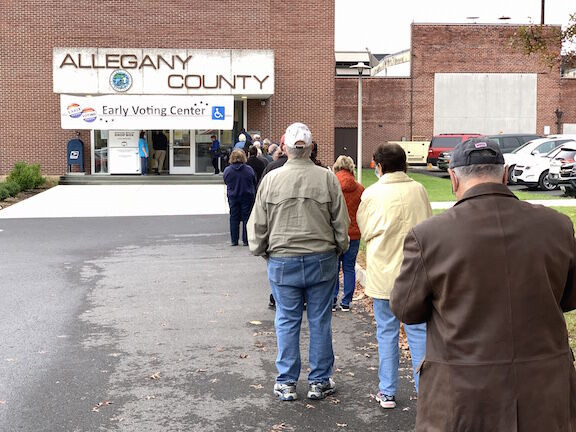 Voters stand in line at the Allegany County Office Complex as early voting gets underway on Monday. 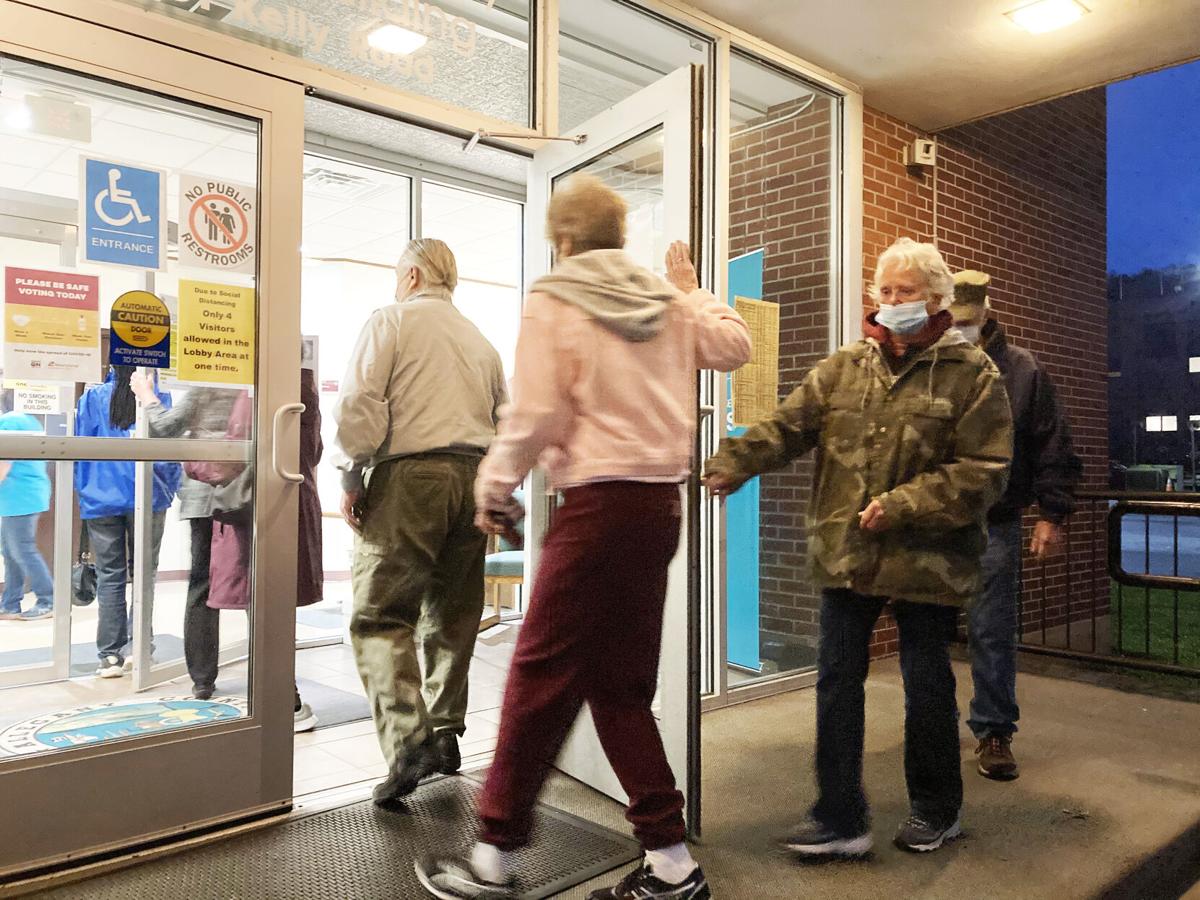 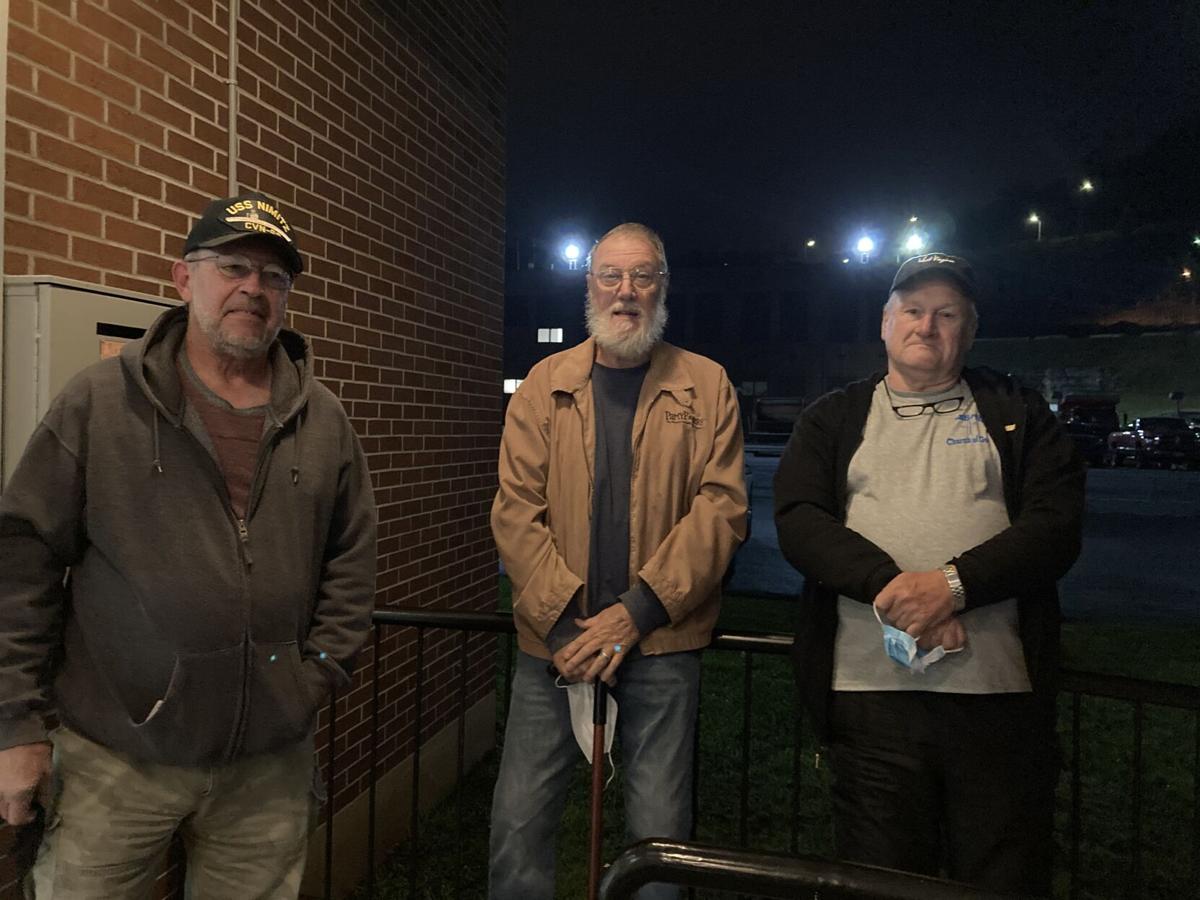 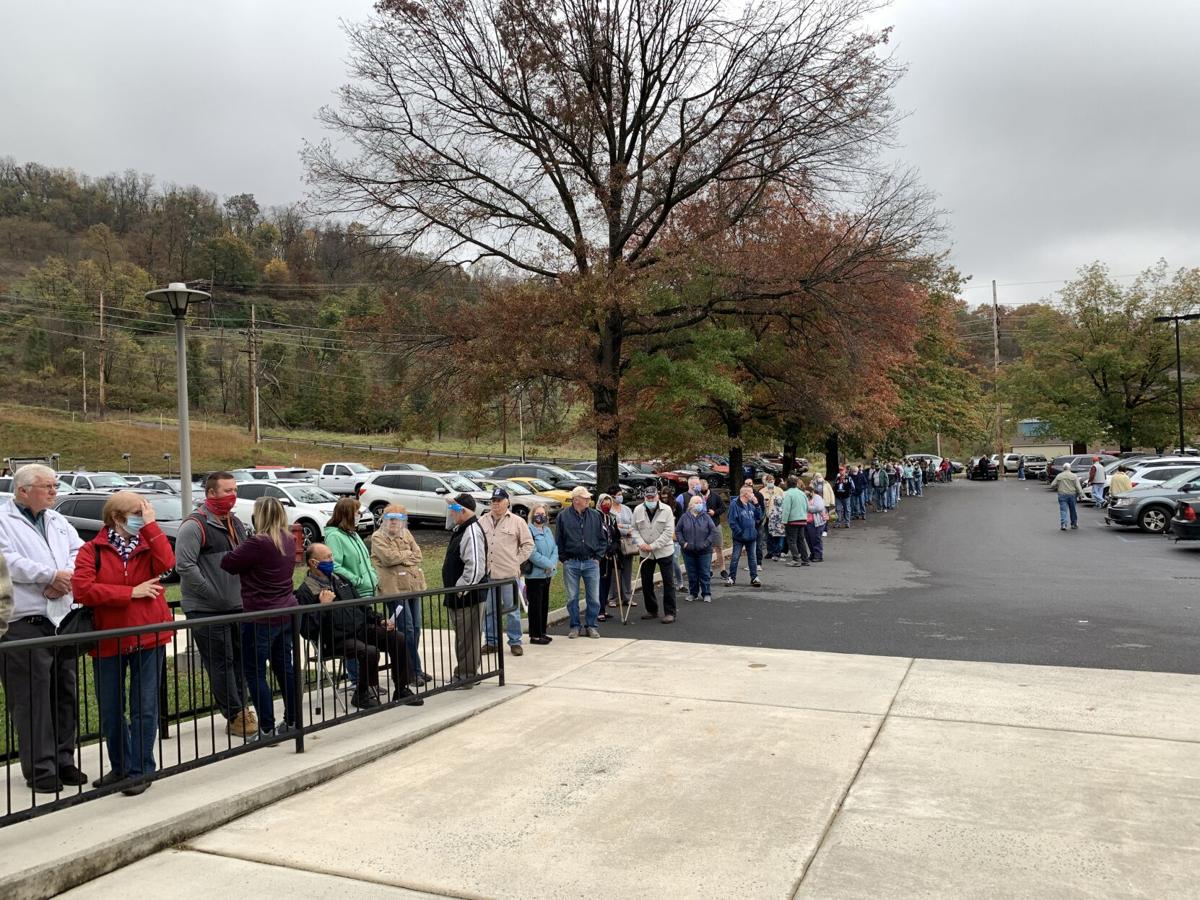 A long line extends through the parking park of the Allegany County Office Complex on the first day of early voting in Maryland on Monday, Oct. 26, 2020.

Voters stand in line at the Allegany County Office Complex as early voting gets underway on Monday.

A long line extends through the parking park of the Allegany County Office Complex on the first day of early voting in Maryland on Monday, Oct. 26, 2020.

CUMBERLAND — Dozens stood in line before daybreak Monday on the first day of early voting in Maryland.

“This election is about making your own way in the world,” said Bob Warnick, a former coal miner from Barton who started the line at 5:20 a.m. at the Allegany County Office Complex.

Though polls didn’t open until 7 a.m., and despite having 10 days to cast a ballot, Warnick and 60 other county residents stood in the dark to make their selection for president. Amid a contentious and difficult election year, the crowd was surprisingly upbeat and applauded as Warnick left after casting the first ballot, donning his “I Voted” sticker.

Warnick waited out the morning with Fred Hillebrecht, of Cumberland, and Richard Burgstrom, of LaVale. “I’m passionate about voting,” said Hillebrecht, “and I already know who I’m voting for.” Warnick, nodding in agreement said, “yes, voting this year is what will make the difference between communism and capitalism.”

“I’m here because I think we need a change for everybody, not just African-Americans, but for everybody,” said Susan Jones, a former Orphan’s Court judge who lives in Cumberland and has never missed an election. “I’m voting for my grandchildren and great-grandchildren.” Top of mind for Jones is the pandemic. “This has all been so unbelievable, and at my age, I thought I would never be here to see all the turmoil that this person has created. So I hope we make a change, and if it’s my one little vote that does it, then so be it.”

Numerous couples made up the line as well, including Gene and Sondra Cave who live on Bedford Road in Cumberland. “This election is so important and we needed to be here. It’s our civic duty,” said Sondra Cave. “It’s something that has to be done.”

Further back in the line stood Nicole McCormick and Joe Blackburne, who was wearing a hat in support of Democratic candidate Joe Biden. “I’m here this morning because I don’t procrastinate,” said Blackburne, who works for Fannie Mae and moved to Cumberland two years ago. “We’re here because it’s what you have to do,” he said.

Several Board of Elections employees peeked out around 6:50 a.m. to see the line just before the polls opened. As they allowed groups of 10 in at a time, Board of Elections Director Diane Loibel smiled at those in line and said, “I’ve never seen such a thing. Some of these folks were here before I got in this morning.”

Early voting continues at the Allegany County Complex on Kelly Road every day, including Saturday and Sunday, through Nov. 2 from 7 a.m. to 8 p.m. The location will also serve as one of six voting centers in the county on Nov. 3.