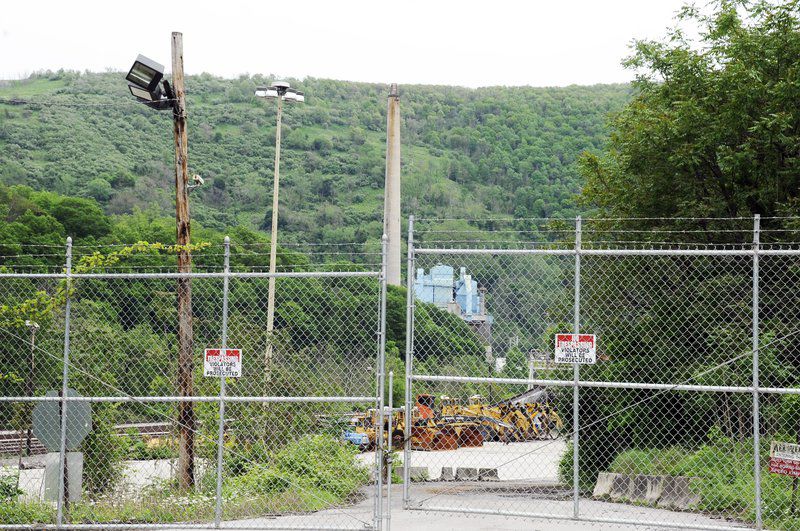 The closed gates of the idled Luke paper mill are shown Friday. Paper production at the mill ceased a year ago. 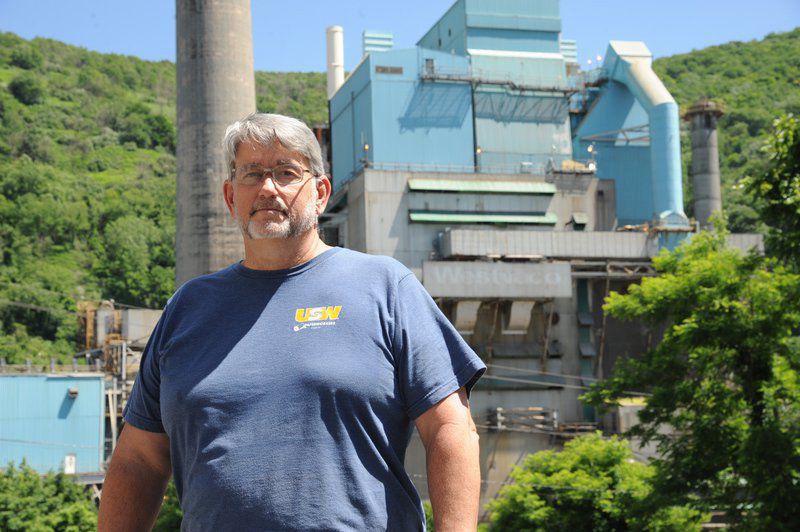 United Steel Workers 676 president Greg Harvey stands outside the Verso paper mill in Luke in this file photo from May 2019.

The closed gates of the idled Luke paper mill are shown Friday. Paper production at the mill ceased a year ago.

United Steel Workers 676 president Greg Harvey stands outside the Verso paper mill in Luke in this file photo from May 2019.

LUKE — It was one year ago this week the final roll of paper rolled off the massive machines at the Luke paper mill, bringing to a close 131 years of production.

The mill’s owner, the Verso Corp., announced on April 30, 2019, that the historic mill — the flagship plant of the storied West Virginia Pulp and Paper Co. — would be shuttered. Verso intended to close the mill by May 31, but federal regulations required a 60-day notice. Verso complied by keeping the mill open until June 30, 2019, however, production was to ordered to cease by May 31.

Greg Harvey, president of the United Steel Workers Local 676, has been representing the majority of the roughly 675 people who worked at the the plant. He spoke to the Times-News last week. No longer a paid employee, Harvey has filed for unemployment and is seeking work, while continuing to go into the union office in Westernport to help former employees.

“They (Verso officials) told me they were willing to entertain offers from scrap dealers right now,” Harvey said. “According to them, no one has showed interest in the mill.

“They spent a lot of money cleaning (the mill) up, then abruptly stopped probably a couple of weeks before they were done. I’m not really sure what the plan was. In the end you never know. There are so many rumors ... maybe someone wanting to buy it. But in the end everything is rumors.”

A notice on Verso’s corporate website said the closure was, “In response to the continuing decline in customer demand for the grades of coated free-sheet paper produced at the mill, along with rising input costs, a significant influx of imports and rising compliance costs and infrastructure challenges associated with recent environmental regulation changes.”

With no buyer stepping forward, the future outlook for one the most historic paper mills in American history is more dire than ever. A dream of Scottish emigrant William Luke and sons John and David, the mill was constructed in 1888 and given the name The Piedmont Pulp and Paper Co. The Lukes descended from generations of papermakers, however they often worked for others. In the 1880s, they decided to start a mill of their own. Within a few years, the mill at Luke became the first commercially successful wood/sulphite pulp mill in the United States.

“My biggest surprise is that nobody else has come in to buy this mill,” Harvey said. “Right now, especially in the middle of this pandemic, it’s the perfect opportunity for the United States or a paper company to reclaim what China has taken away from them, with (their) imports. It opens up an opportunity for someone to come in and scarf up a mill at a pretty good price, with low operating costs compared to a lot of facilities.”

The early success at the Luke mill resulted in the company’s rapid growth. Within 25 years of operation under its new name, The West Virginia Pulp and Paper Co., the firm would own six mills, two lumber processing facilities, railroad lines, numerous coal mines and hundreds of thousands of acres of timber land in the U.S. and abroad. In total, the company produced 900 tons of paper daily.

“The USW quit paying me in January,” Harvey said. “I’m only open because I’m coming in to the office. They put us under administratorship, which means everything is theirs now. As far as the office, I’ve been giving orders to clean it up because there are people wanting to make offers on the union office building.”

The West Virginia Pulp and Paper Co. shortened its name to Westvaco in 1969, before merging with Meade in 2001. Focusing primarily on packaging, MeadWestvaco shed much of its paper holdings and the Luke mill was sold in 2005, reemerging as NewPage. In 2015, the mill was obtained by Verso.

“It doesn’t get any easier driving by that mill today than it did when it shut down and when they locked the gates,” Harvey said. “It’s hard to take. People think I have trouble letting go. They had to close the union office; that’s fine. But, there is still work to be done. They let me keep the internet service on. There are people who still need help with unemployment and getting their pension started and things like that. As long I can be here, I’m going to be here.”

U.S. Rep. David Trone, 6th District, has been working the issue since it began.

“It’s a horrible blow for the area,” Trone said. “We cannot forget about the mill workers.

The congresssman discussed the Fair Warning Act, legislation he drafted with Rep. Tim Ryan and Sen. Sherrod Brown of Ohio, that is before the education and labor committees.

“It takes the old notification (requirement for a plant closure) which was 60 days and makes it 90 days,” Trone said. “You also must spell out exactly what the employee benefits and rights are. If you don’t, there is heavy enforcement. The WARN (federal Worker Adjustment and Retraining Notification) Act didn’t have any teeth in it, but the new bill has teeth.”

Former union chief Harvey said some of the former employees retired, some found jobs — with nearly 100 hired by Northrop Grumman — and about 70 enrolled at Allegany College of Maryland for the machinist workforce training program paid for by federal funding. The workforce training takes place at the Western Maryland Works Makerspace in LaVale.

“In my opinion Brandon Butler and his bunch did a phenomenal job (with the workforce training),” Harvey said. “We had a load of people take that. Personally, I couldn’t be more happy that we haven’t had any catastrophic events and people just not being able to handle it. This coronavirus has slowed things down. People are still trying get the benefits flowing. But I’m not surprised at our people. You get to know them. They are strong-willed people. Sure, they were upset, but I don’t think I could of asked for it to go any better.”

The average age of a mill employee was 51 with roughly 20 years’ employment.

“The tougher ones are probably in my age group,” Harvey said. “I’ll be 60 in September. You are not quite to the point where you will retire but on the same token, starting over at 58 or 59 is a challenge.”

Harvey said instructions are for the mill to “go black by the end of July: no electric power, no water, no nothing.” Despite the grim reality, he said hope for a buyer can’t be given up on.

“There are a lot of rumors that people are waiting until the year’s up,” Harvey said. “If you don’t have any protection — I think you have to be (closed) down a year — then it will come up non-union. In the end, I would not jeopardize the future employment on whether you are a unionized mill or not.”