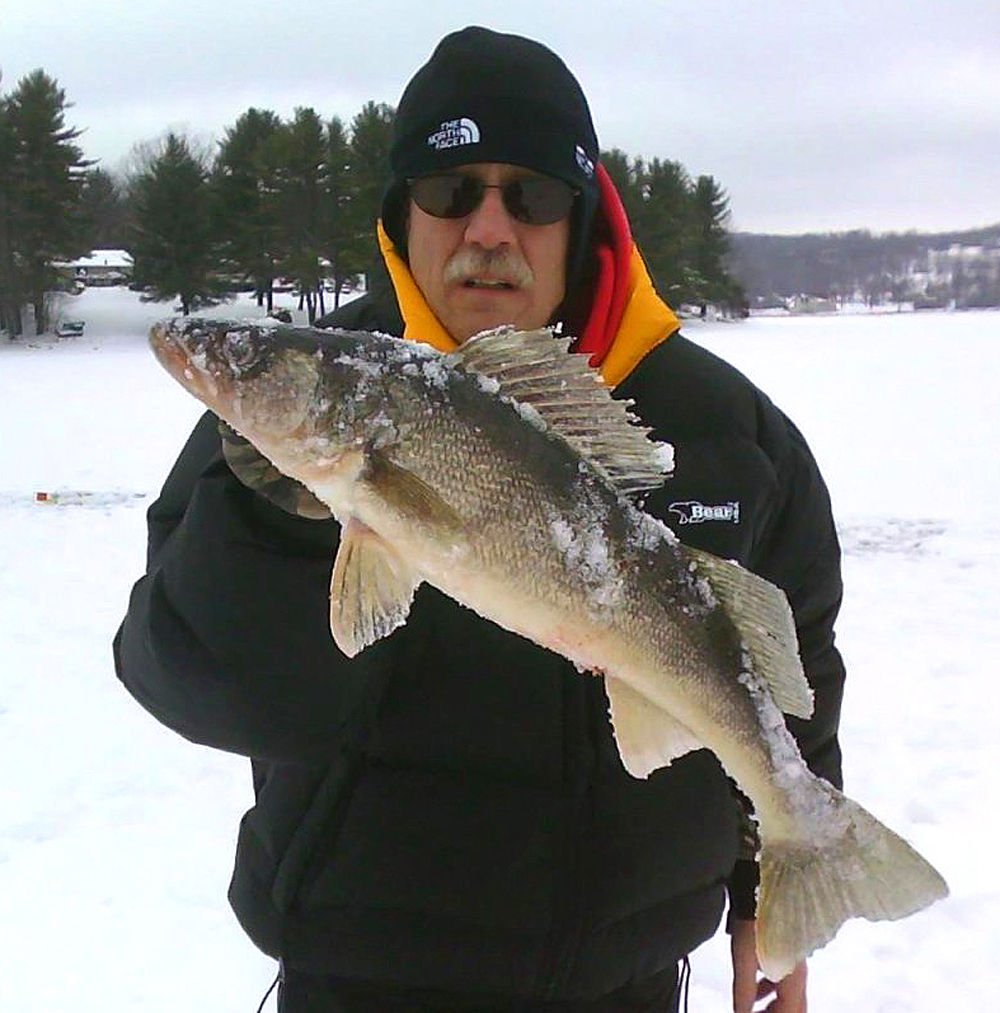 Doug Oxford, an avid ice angler from Oakland, shows a walleye he landed at Deep Creek Lake during a previous winter. 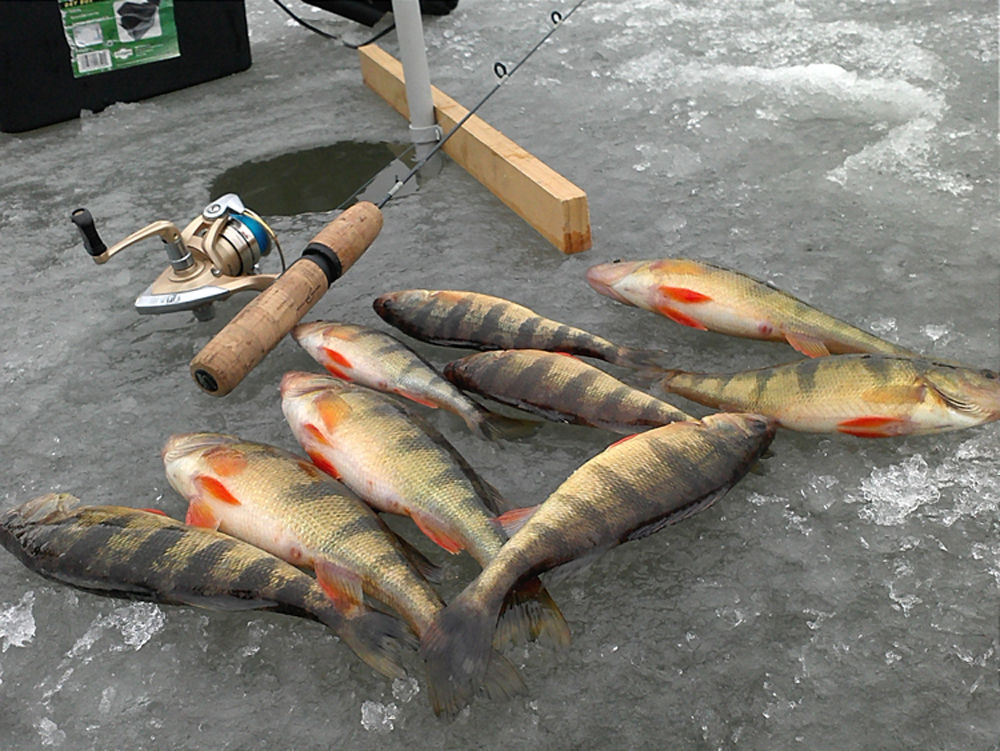 Many ice anglers at Deep Creek lake target yellow perch, right, though other species such as walleye, bluegill and northern pike are often caught also.

Doug Oxford, an avid ice angler from Oakland, shows a walleye he landed at Deep Creek Lake during a previous winter.

Many ice anglers at Deep Creek lake target yellow perch, right, though other species such as walleye, bluegill and northern pike are often caught also.

MCHENRY — There are those who would look at the extended weather forecast for Garrett County and then shiver, complain and reach for the thermostat, but Boyd Church and Doug Oxford are not among them.

Church of Boonsboro and Oxford of Oakland are making sure their hooks are sharp, lines are not frayed and warm clothing is at the ready. Church and Oxford are ice fishermen and a blue norther blowing into Maryland’s westernmost county is good news indeed.

“I expect to be standing on the lake this weekend,” said Church. His optimism is not of the pie-in-the-sky variety. A veteran of high-country, hard water, Church understands the calamity that could take place if the ice cover is thinner than 4 inches. He fishes through the ice almost every weekend it is frozen. A second home in Swanton gives him a local base for his trips.

“I am trying to get Hallmark to change Valentine’s Day to sometime in August,” he said. “Then maybe I could fish every weekend in February.”

Church said he actually saw anglers on lake ice Thanksgiving weekend when it was only two inches thick. “That’s just not smart,” he said.

The recent cold weather will intensify Thursday with a predicted high of 15 degrees followed by an overnight reading of 10 and a wind of 13 mph.

From Dec. 13-19, it will get as cold as 13 degrees and as warm as 34, assuring that augers will drill holes; slip-over shelters will warm anglers; and little jigs and baits will catch fish.

“I prefer to catch bluegills and crappie,” Church said, “but if I’m getting ready for a fish fry I go after (yellow) perch and walleyes.”

Ice fishing takes place on the lake’s sheltered coves such as Harvey’s Peninsula and Green Glade, according to Church, who said chances of the main lake becoming ice are usually iffy.

Church likes ice fishing because it can be done in a social atmosphere or alone, depending upon the angler’s mood. There are no water skiers in January.

Oxford, a teacher at Southern Garrett High School, is Church’s local contact, keeping him informed about the status of lake ice. In addition, the subject is often discussed online on the message board at www.fishdeepcreek.com.

“Ice fishing has always been my favorite,” Oxford said of outdoor activities. He’s been catching fresh-frozen fish from the big lake for 30 years.

“You are standing on thick, glass-clear ice looking into a dark hole, drinking coffee, waiting for a fish to bite,” he said.

Oxford’s personal goal is to catch a state-record yellow perch through Deep Creek Lake’s ice, one that will top the 3-pound, 5-ouncer caught in 2006 from a Harford County pond.

“The record is swimming in Deep Creek right now,” Oxford said. “In fact, there are world-class yellow perch in the lake.”

Oxford has been to ice fishing’s Mecca, Devil’s Lake in North Dakota, well-known for its yellow perch.

“When the anglers at Devil’s Lake talk about big yellow perch, they mean 14-inch fish. I have seven angling citations for perch from Deep Creek that are 17 inches.”

Interest in ice fishing on Deep Creek Lake has tripled, according to Oxford, making the biggest leap about 2005 when electronic devices such as underwater cameras entered the picture.

“Most ice fishermen are gear junkies,” Oxford said. A power ice auger can cost up to $700.

Oxford considers himself an open-air ice angler, in that he doesn’t use one of the slip-over shelters that blocks the wind from all directions.

“I’ve always thought if a person is looking for an outdoor experience, why would you enclose yourself like that,” he explained.

Oxford said there are seven or eight different species of game fish caught through the ice at Deep Creek Lake, though he has caught only four trout and one catfish in 30 years.

Oxford’s most important advice to ice fishing newcomers? “Never, ever compromise the 4-inch rule,” he said of minimum ice thickness.