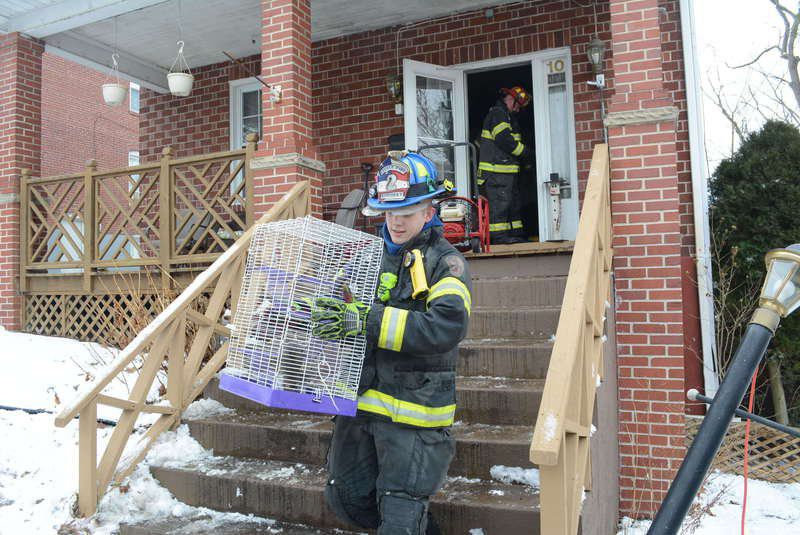 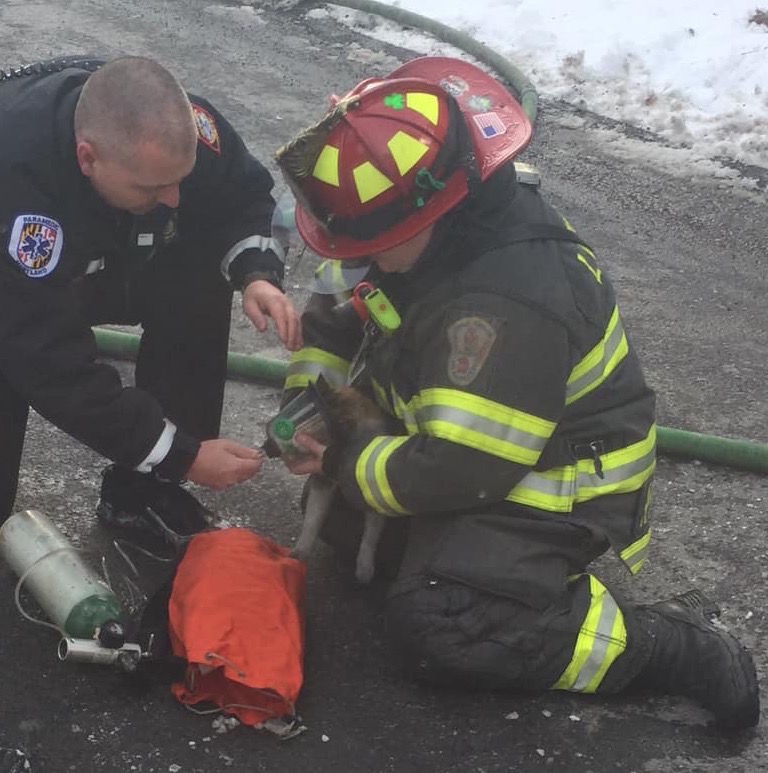 First-responders administer oxygen to a pet rescued from fire at a Klosterman Avenue, LaVale, home on Thursday, Jan. 9, 2020.

First-responders administer oxygen to a pet rescued from fire at a Klosterman Avenue, LaVale, home on Thursday, Jan. 9, 2020.

LAVALE — Several animals were rescued after an accidental fire sparked by the family dog occurred at a LaVale residence late Thursday morning.

The Maryland State Fire Marshal’s Office said the fire occurred when the dog jumped on the kitchen gas stove and turned knobs on while the family was not at the Klosterman Avenue home.

The fire was discovered by a neighbor and flames were visible when LaVale Volunteer Fire Department responded to the scene following alert at 10:39 a.m.

Firefighters entered the residence and rescued a dog, two cats and two pet rats that were caged, said Lt. Matthew Rumphrey of the LaVale department.

“One cat was unresponsive when we got there but we gave it oxygen with a pet oxygen mask and it came around pretty good," Rumphrey said. "The family then took it to a veterinarian."

The displaced family is reportedly being assisted by family members.

More than two dozen volunteer firefighters from LaVale, Corriganville, Ellerslie, Ridgeley and Mount Savage responded and were on the scene for more than an hour.