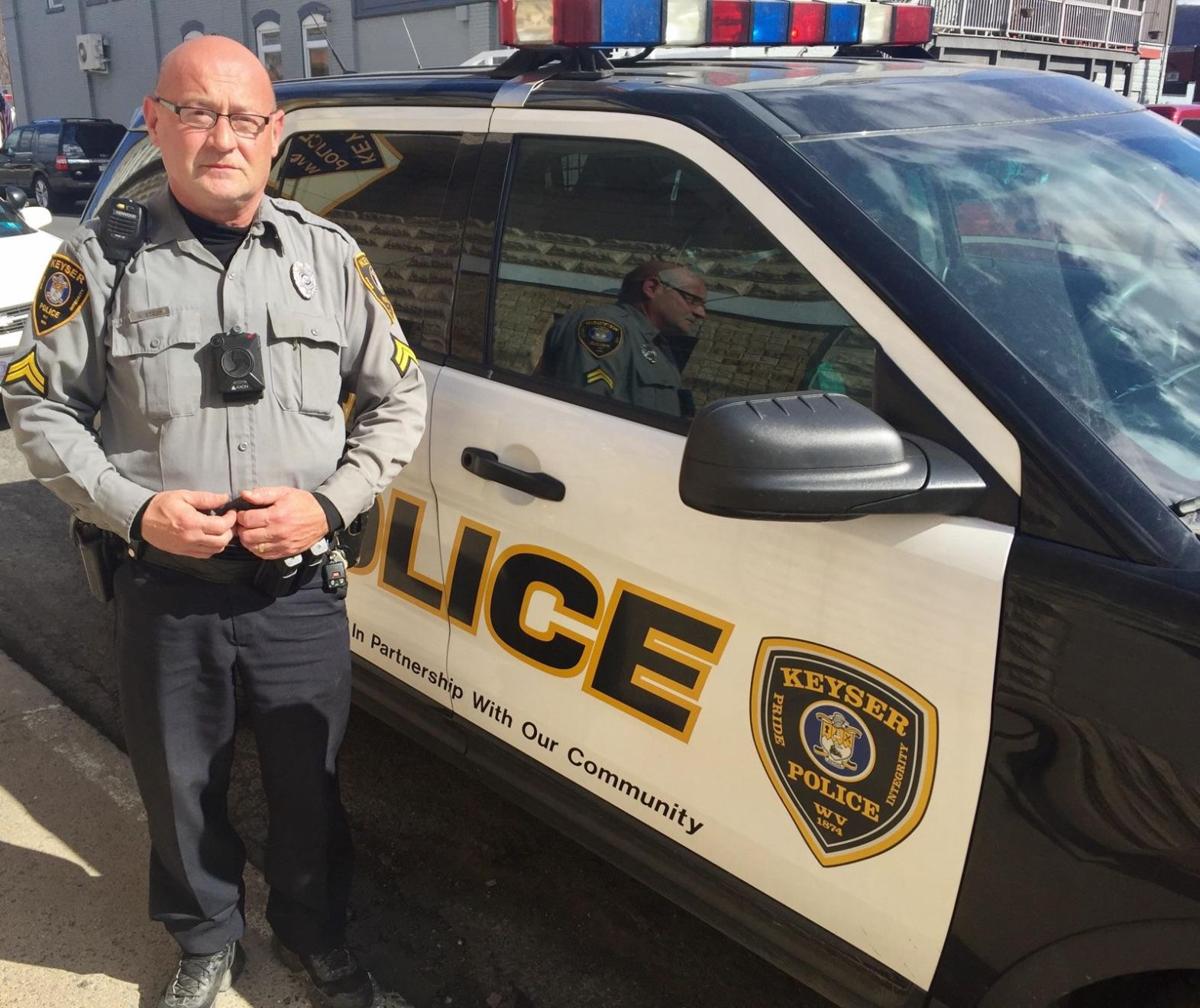 Keyser Police Department Cpl. Hiram Stump has been wearing a body camera for two years. Now, all patrol officers on the force have them. 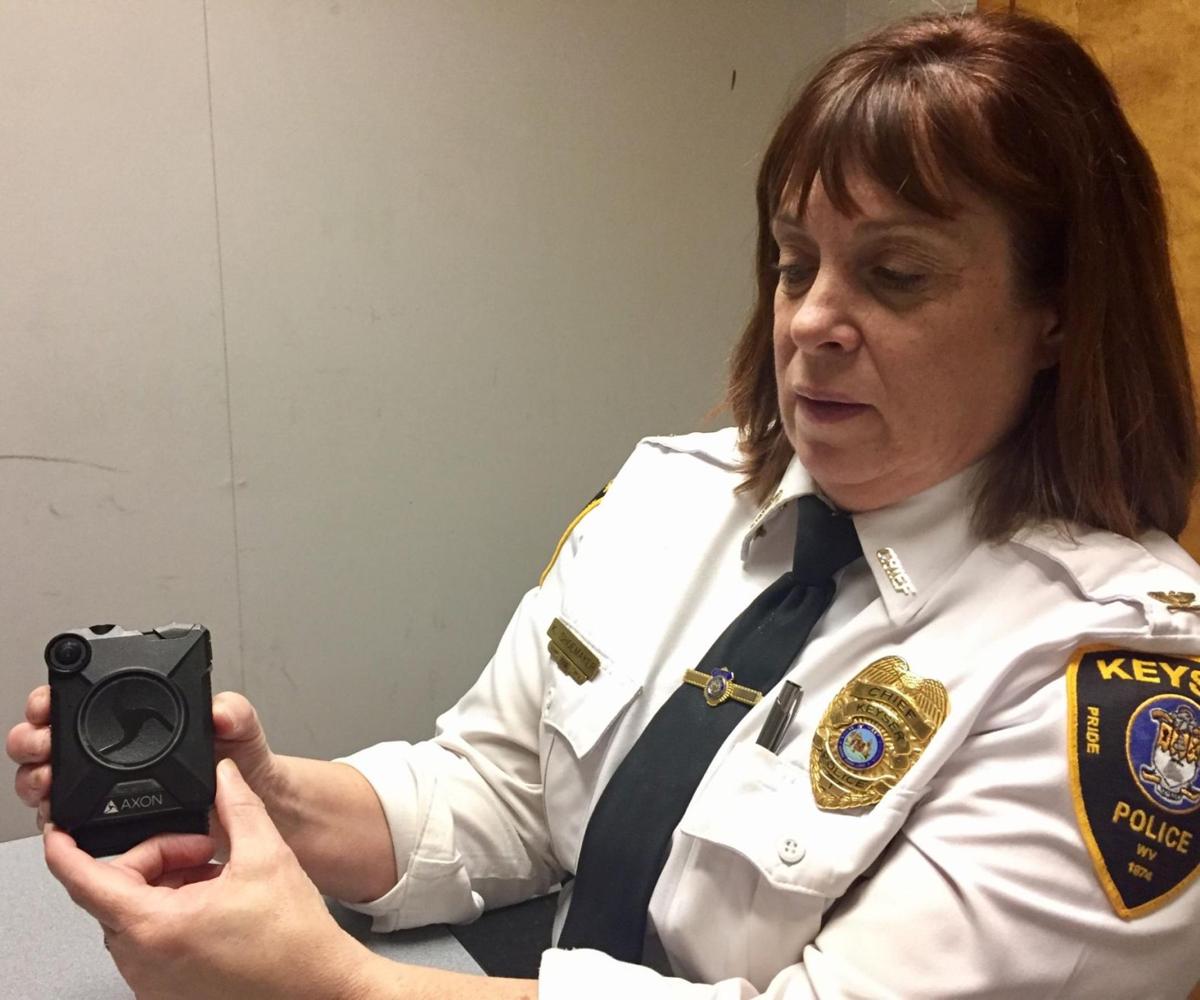 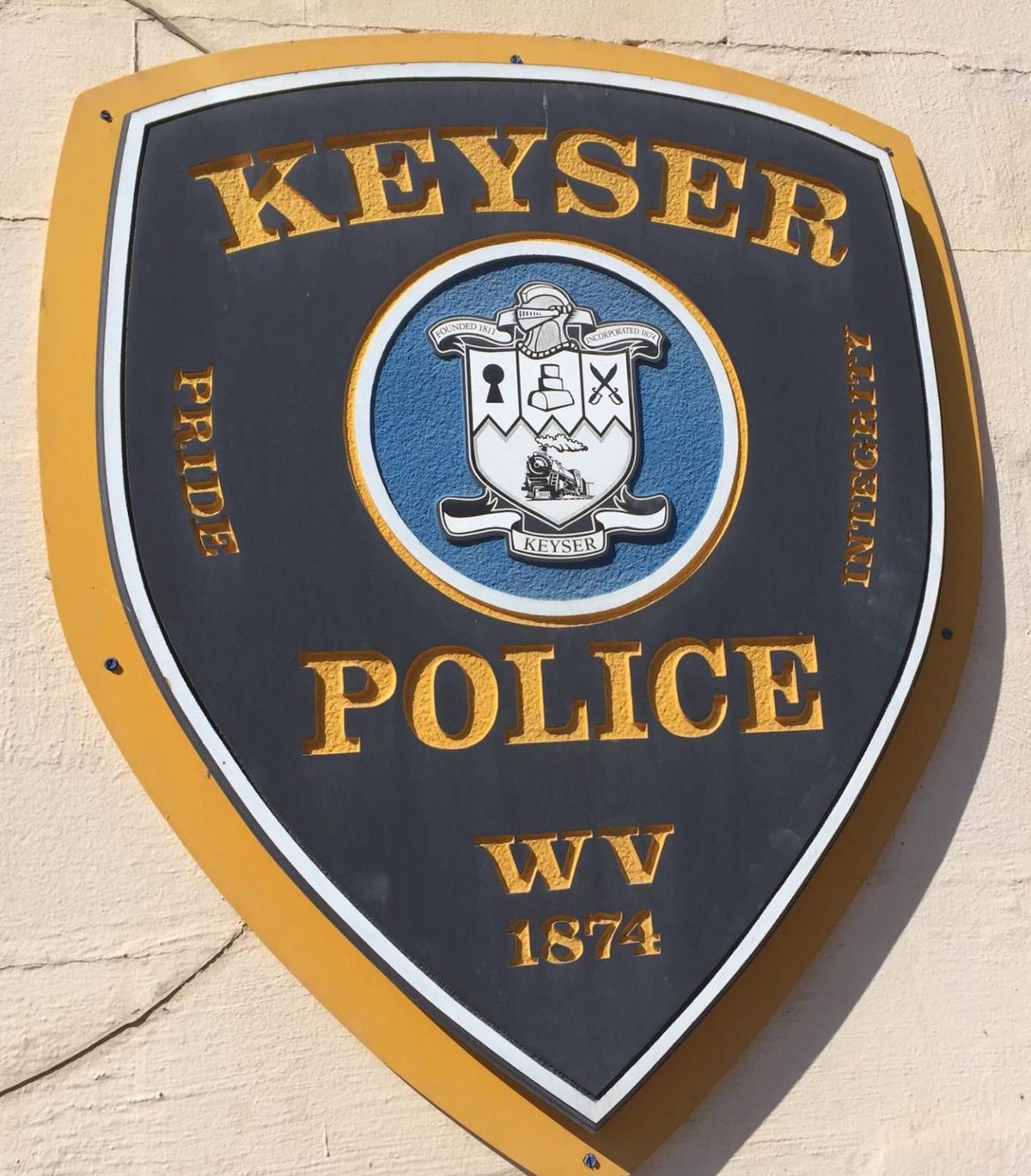 Keyser Police Department Cpl. Hiram Stump has been wearing a body camera for two years. Now, all patrol officers on the force have them.

Although most officers have had the cameras for a few weeks, Cpl. Hiram Stump has had one on his chest for two years.

“I was in a pilot program to see how the cameras worked,” Stump said during an interview Thursday at KPD headquarters on Davis Street.

What Stump and the chief discovered is that the cameras work very well, well enough that city officials agreed to outfit their other officers with the $400 devices.

“There have been times,” Stump said, “when the defense attorney has seen the body camera video and the client has changed the plea to guilty.”

Keyser appears to be the only municipality within the circulation area of the Cumberland Times-News to have acquired the cameras.

“The camera sees what I see,” Stump said, meaning the device covers the same visual periphery as the human eye.

“Citizens have the right to file a complaint about an officer if they think they were treated unfairly,”  Shoemaker said. “The body cameras can often clear up those matters.”

“Also, a person might claim that the officer didn’t read them their rights. The video will show whether or not that’s true,” Stump added.

The cameras are the Axon Body 2 model. The devices are constantly on and watching. With the push of a button, the officer can activate the camera and it will back up showing the 30 seconds of video before the button push.

Officers cannot access the internal working of their cameras, preventing the claim that tampering may have taken place.

“And no officer downloads his own camera. That’s done by an administrator when the officer goes off duty,” Shoemaker said.

The cameras are always in one of two places, the department’s headquarters or an officer’s chest.

“They are best worn right here,” Stump said, pointing to a spot just below his sternum. The cameras attach in a variety of ways depending upon what the officer is wearing. On Thursday, Stump was wearing his protective vest beneath his shirt and the camera was attached by way of a magnet.

“The cameras are activated any time an officer responds to a complaint,” Shoemaker said.

Stump is certified by the FBI to train other officers in the use of the cameras. He is also a firearms instructor.

“I’ve activated the camera during firearms instruction and it can be used as a teaching tool that way,” he said.

There is still a portion of the learning curve remaining for Keyser’s law enforcement agency.

“We are still researching the best way to make the video available to the prosecuting attorney,” Shoemaker said.

The Cumberland Police Department doesn’t use the cameras, but has investigated the possibility, according to Capt. Greg Leake.

“The actual cost of the cameras is fairly reasonable, but the data storage is extremely expensive,” Leake said. “Some other issues deal with the demand for footage by the public. This would probably take a full-time employee to monitor the program and assist with the release of information when requested.”

Leake said CPD has no problem being transparent.

“However, there are times when victims of crimes would be captured on the footage," Leake said. "We feel that you have to consider their rights when releasing this information and how do you protect their rights.”

Leake said Cumberland is awaiting direction from the Maryland Police Training Commission as well as possible funding from the legislature.

“We will wait to see if there are any updates or changes in the next few months,” he said.

A Keyser police body camera and CTN's Mike Sawyers catch each other in video. WATCH this evening at https://t.co/wfFWFyhMBE. pic.twitter.com/Ld0w80rLSr

The @MartinsburgPD has launched a new body camera program for all of its patrol officers. More details here: https://t.co/L7MeTZHCjX pic.twitter.com/Qx7heFH4Vz

OAKLAND — Two passengers, including a baby, were taken to the hospital Friday evening when Garrett County sheriff’s deputies stopped a vehicle…

CUMBERLAND — As the use of a prostate-biopsy device invented by a Cumberland physician expands around the world, it is likely there will be fe…