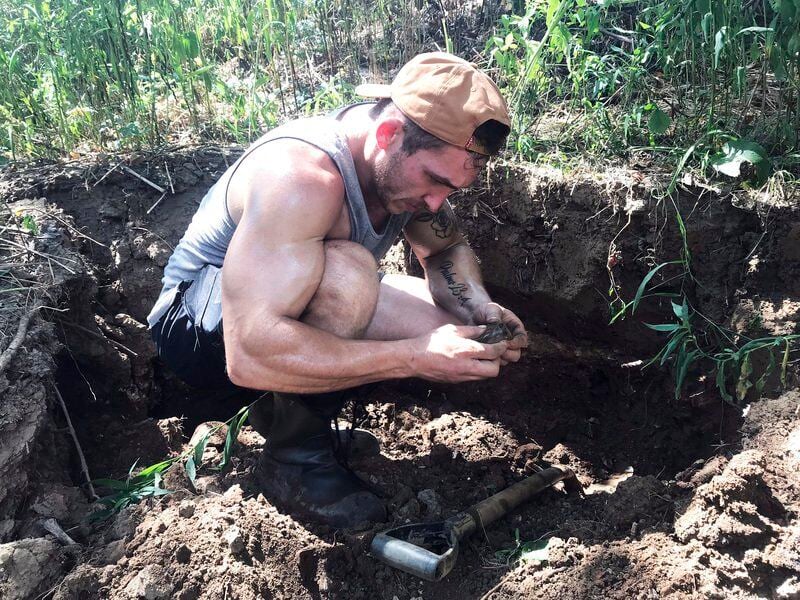 Corey Wellings sifts through dirt along the banks of the Casselman River near Meyersdale, Pa. 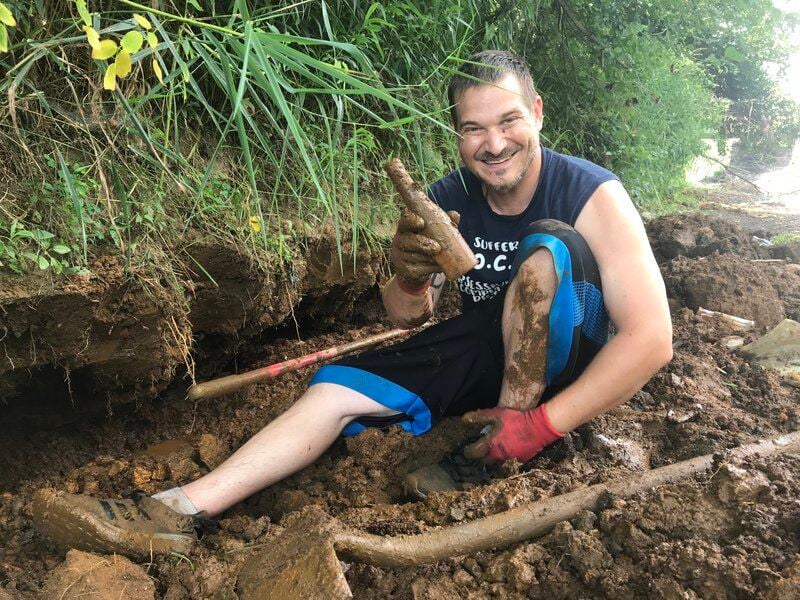 Travis Wyant displays a bottle he found during a recent dig along the Casselman River near Meyersdale, Pa. 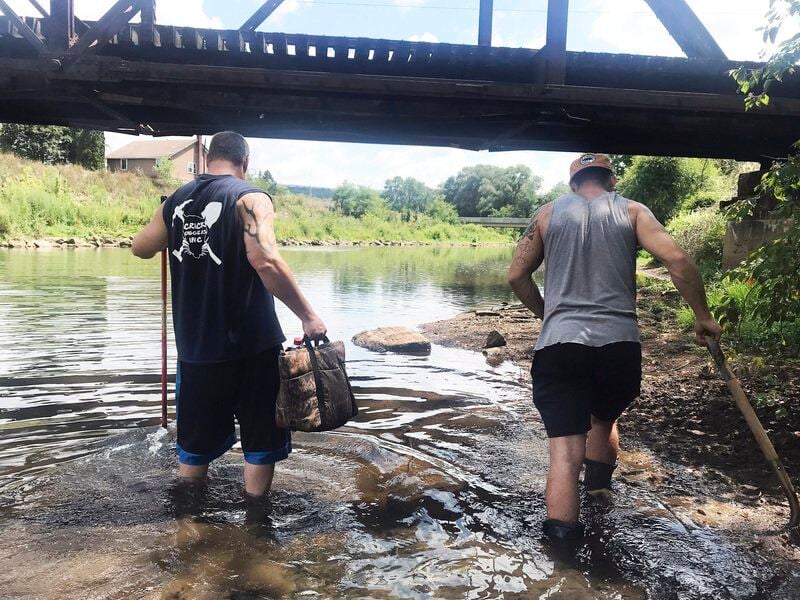 Travis Wyant, left, and Corey Wellings of Lonaconing, better known as the Crick Diggers, make their way along the Casselman River near Meyerdale, Pa., in search of hidden treasures.

Corey Wellings sifts through dirt along the banks of the Casselman River near Meyersdale, Pa.

Travis Wyant displays a bottle he found during a recent dig along the Casselman River near Meyersdale, Pa.

Travis Wyant, left, and Corey Wellings of Lonaconing, better known as the Crick Diggers, make their way along the Casselman River near Meyerdale, Pa., in search of hidden treasures.

LONACONING — When you’re hanging with Travis Wyant and Corey Wellings of Lonaconing, better known as the Crick Diggers, you learn all sorts of new words for hidden treasures buried just beneath the soil.

Their brand of doubloons are antique glass bottles, some called “slick medicines,” which are unmarked smooth apothecary bottles, others are “hutches,” otherwise known as Hutchinson soda bottles that had a wire stopper inside the neck. When the duo strike gold, they’ll inevitably exclaim “bottle in the hole!”

The two started digging up bottles in what they call “bottle dumps” six years ago. A bottle dump is best described as a glass bottle discard pile that collected when railroad operators would discard their refuse off the side of the tracks.

“I was unemployed and suffering from depression,” said Wyant, “so I started walking the train tracks with Corey just like he did as a kid.” They found their first dump just outside of Lonaconing in 2014.

Since then, the Crick Diggers go out picking two or three times a week, and each adventure lasts a full day. As tiresome as the mud digging, creek wading and disappointment can be some days, it all pays off when they find a rare or unusual item. “I get so giddy and insatiable,” said Wyant.

On the days that they aren’t so successful, Wellings said they don’t get too upset. “We get fooled a good bit, but striking out is just part of the job. At least the nature is outstanding, and eventually you just learn how to read the land. You just know a bottle dump when you see one.”

Wellings and Wyant had initially met while fishing George’s Creek and became fast friends with a third Crick Digger, Zachary Winebrenner, who unexpectedly died in May. “It was a total shock that Zach died,” said Wyant, “but I know he is still with us. Ever since he passed, we’ve found some incredible stuff.”

Plenty of the bottles and trinkets they dig up date to the 1950-1960 era, which tickled the Crick Diggers in their early digging days, but now that the pair have become experts, they’re happy to leave a “slick medicine” on the crick in search of a turn of the century prize. “The older, the better,” said Wyant. “The quality of the glass is better and those bottles were handmade blown and embossed individually,” he said.

The Crick Diggers eye for rare bottles didn’t come naturally, but rather through years of practice. “I’m a member of 150 or more Facebook groups all over the country,” said Wyant, who spends hours each day studying glass history. “It’s repetitive, but I enjoy it and I’ve learned so much.”

Indeed, the Crick Diggers have become somewhat famous in their circle. Their popular YouTube channel has thousands of subscribers and videos average 70,000 views. But what started as a hobby has now become a business.

In May, the Crick Diggers started holding biweekly auctions, selling items from the 1920s and 30s on Wednesday and pre-Civil War items on Saturday. They recently switched from holding auctions on Facebook and now use YouTube. The Crick Diggers aren’t techies, though. “I don’t even own a computer,” said Wyant, “but I plan on investing some of our auction money into professional video equipment so our audience can get a better experience.” The two have been able to hire an assistant to package up auction orders and Wyant took his family on their first-ever vacation in August.

While the money may be good, Wellings and Wyant haven’t lost their love for the dig. “We’re some bottle digging fools,” Wyant said.

Wellings agreed, “it’s the fun of the hunt and just being outside.”

So far, the two estimate that they’ve dug over 4,000 bottles and they don’t see an end in sight. “We will never run out of stuff to find,” said Wyant with a smile. “There are spots we could dig forever. I’m sure I’ll be out here doing this with my grandkids someday.”