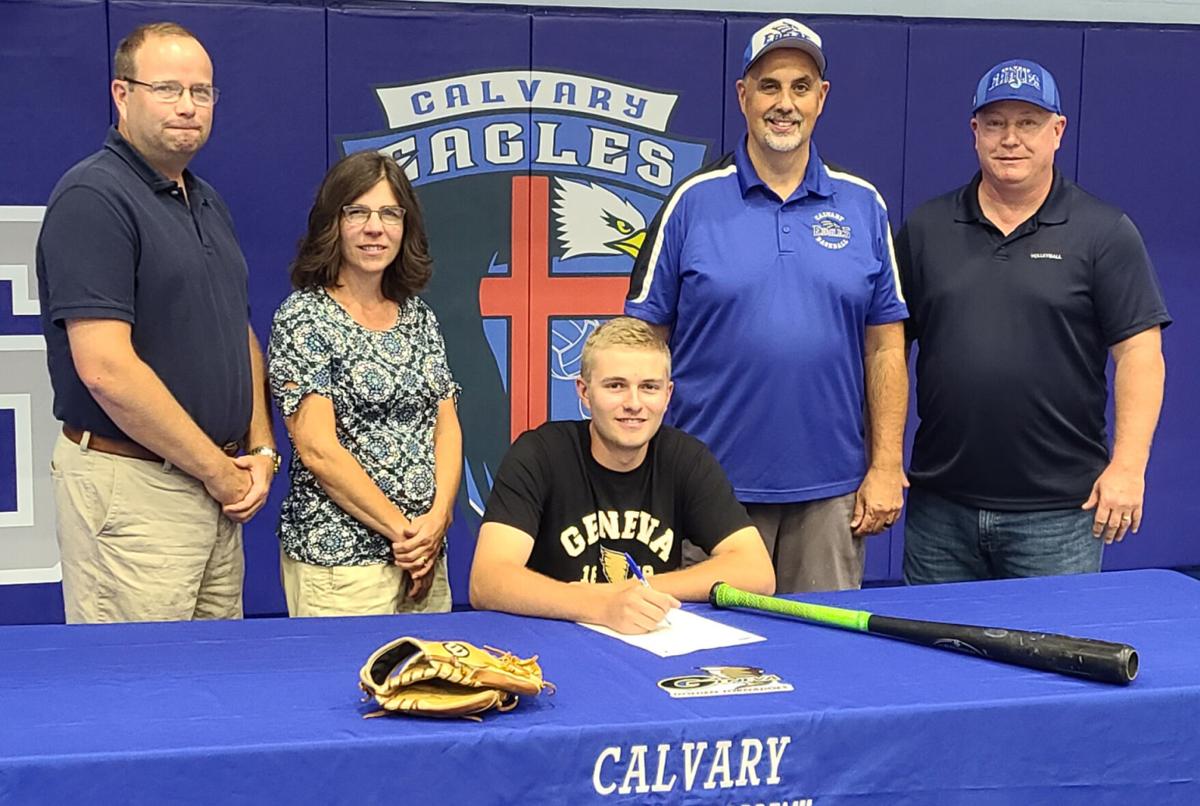 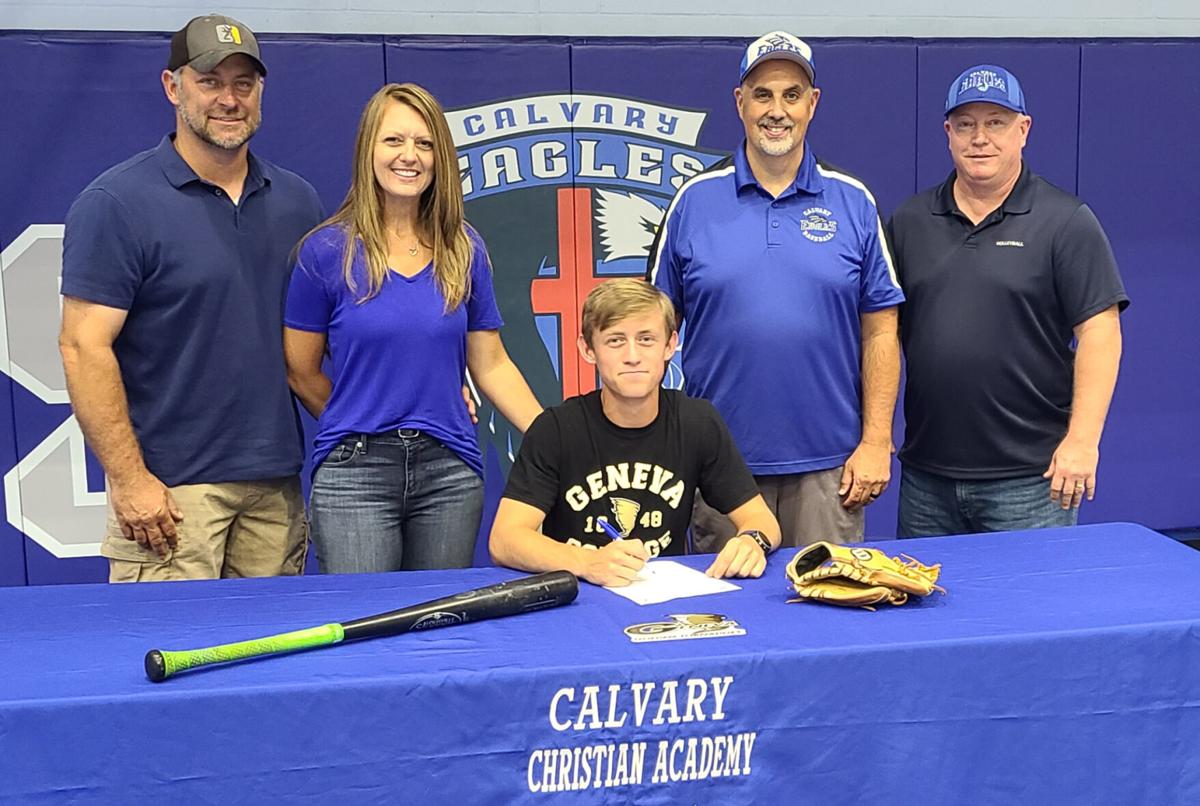 Leith and O’Brien are both headed to Geneva College after signing their letters of intent to join the Golden Tornadoes baseball team next spring.

Leith is the son of Michael and Valerie Leith and recently graduated on May 22 from Calvary Christian Academy’s Class of 2021.

O’Brien, the son of Jason and Holly O’Brien, also graduated from Calvary this past spring as a three-sport athlete playing soccer, basketball and baseball. O’Brien was awarded CCA’s highest athletic honor as the Geoff Wheeler Male Athlete of the Year.

Both O’Brien and Leith claimed a pair of championships last year after winning MDCC banners in soccer and baseball and are excited to be able to continue their baseball career at Geneva together.

O’Brien held the same sentiment about the future.

“Playing college ball at Geneva is an honor for me,” he said. “I have always dreamed of playing ball at the next level, and that dream is starting to become a reality. Playing baseball with Jonah is the icing on the cake for me. It will be so fun going into this new chapter with a close friend.”

Eagles baseball coach Don Swogger had high praise for his players and expects great things from the both of them.

“Connor was a big key to our championship success,” Swogger said. “His will to give up his favorite offensive position to primarily catch this year, helped strengthen our defense and also helped other players improve.

“Connor has a high baseball IQ and is matched with diverse talent. These qualities will help increase his playing opportunity.

“Jonah has been a quiet leader and exemplifies character quality mentorship to our younger players.” Swogger said. “He was our general in the outfield and had no errors. Jonah has a coachable spirit and I believe Geneva is a good fit for him. His hard work ethic will help him be successful in the next level.”

Both O’Brien and Leith admitted how blessed they are for their time as an Eagle athlete.

“I have been blessed to play under Christlike coaches who have inspired team spirit,” Leith said. “I have been able to build relationships and improve my character.”

“Playing baseball for CCA has been an incredible blessing,” said O’Brien. “The coaches and players have made my experience the best it could possibly be. After all this team has been through, our hard work and dedication finally came to fruition.”

Leith plans to pursue a career in mechanical engineering and O’Brien will major in behavioral science.