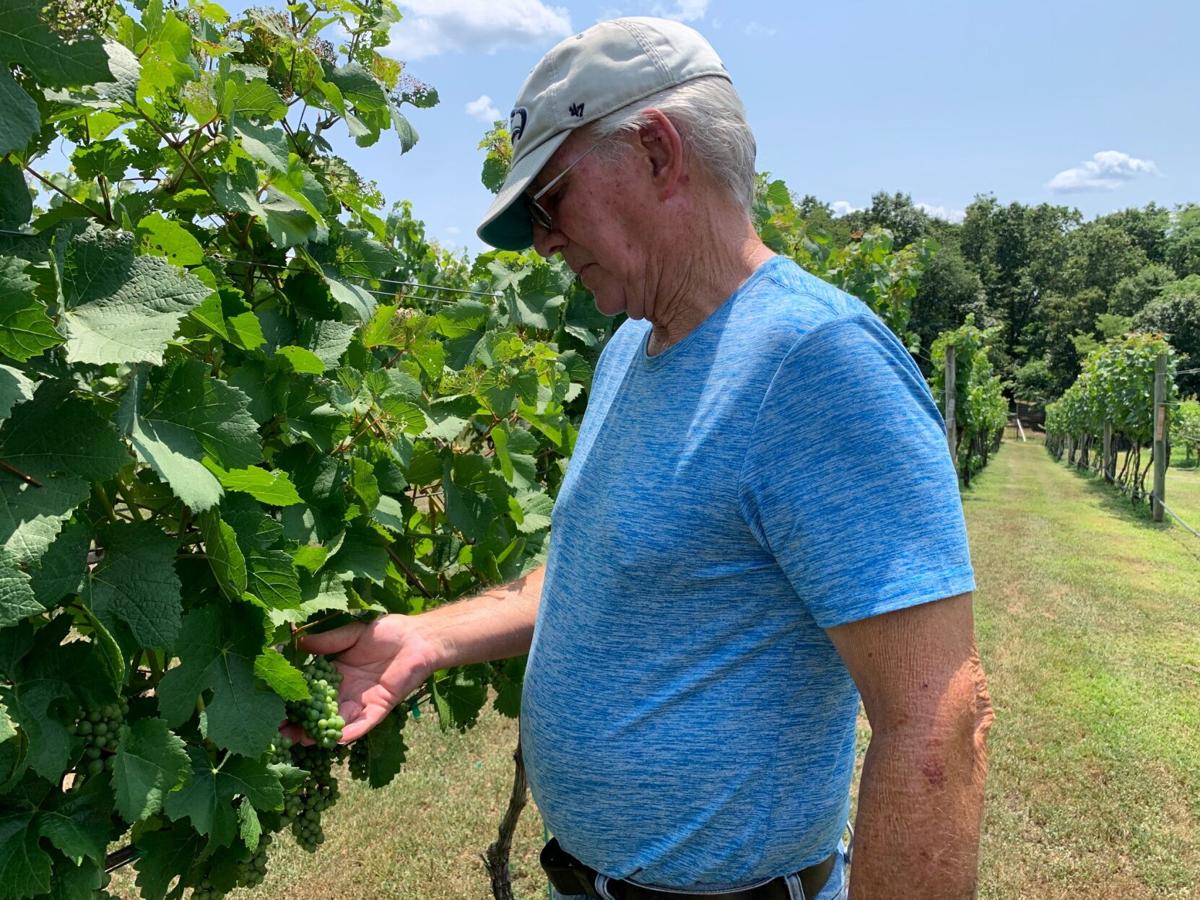 Michael Hutton, owner of the Black Bear Vineyard in Oldtown, inspects some of his pinot grigio grapes on Friday, July 23, 2021. Hutton’s grapes were used by Chuck Park at Charis Winery to produce the award-winning table wine Gabriel in an upstate New York wine competition. 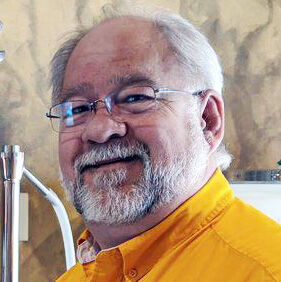 Michael Hutton, owner of the Black Bear Vineyard in Oldtown, inspects some of his pinot grigio grapes on Friday, July 23, 2021. Hutton’s grapes were used by Chuck Park at Charis Winery to produce the award-winning table wine Gabriel in an upstate New York wine competition.

CUMBERLAND — The Charis Winery was awarded gold for their table wine Gabriel at a recently held spirits competition in upstate New York.

“I was surprised ... elated to hear we won the gold,” said Chuck Park, Charis Winery owner and winemaker. “This is really special to me because the grapes were grown here in Oldtown. It starts at the vineyard and it was amazing to me to get such high quality grapes here in Allegany County.”

The grapes were grown at the Black Bear Vineyard on Bear Hill Road in Oldtown by owner Michael Hutton and his wife Barbara.

“I’m glad Chuck entered the competition because he deserved the honor he got,” said Michael Hutton. “This was his first time using our product and he did a wonderful job with those grapes.”

“People talk about how hard it is to grow good grapes in these mountains,” said Park. “But, yes you can and Michael has proved that. Mike and his wife Barbara do a superb job of caring for those grapes.”

The production process for making his award-winning wine, Park said, almost didn’t get off the ground if it wasn’t for surprise help from strangers. On the day Michael Hutton delivered the grapes in October, Park found himself without help to crush the ton and a quarter of grapes.

“When the grapes arrived, the people who had volunteered to come help were not able to be there and I was looking at having to do it myself,” said Park. “I was wondering what to do when these four guys came in who were on the bike trail traveling from Washington to Pittsburgh.

“They stopped in to do a tasting and they saw the grapes and were asking about it. They asked if they could volunteer to help. I said, ‘are you sure you want to do this?’ They said, yes and came in. They went at it and the grapes were crushed and put in the fermenter by four guys traveling on the trail.”

Chuck said wine is crushed these days by pushing the grapes into a crusher/destemmer machine.

“They love wine and had a desire to be a part of the process. I basically supervised and let them go and couple of hours later we were done,” said Park. “I meet some amazing people here. Some are off the trails and there are people and their families from all over and they meet in Cumberland.”

Park said one of the four people who helped crush the grapes came back through recently. “They picked up bottles of the wine they helped process and took some back for the rest of the guys,” Park said.

Park and Hutton got their start about the same time. Park began making wine at home as a hobbyist in 2007. Michael Hutton, retired from Boeing in Washington State, purchased two-acres and got his 3,000 vines in the ground in 2008. Hutton had his first harvest in 2011 while Park began making his wine professionally the following year in 2012.

"I had a lot of help from Earl and Louise Cooper and from Gus and Ros Gower which I'm grateful for," said Hutton.

“Chuck has wanted to buy our grapes ever since we started,” said Hutton. “But we had an agreement with Paul. Then the Pandemic hit him hard and he didn’t need all the grapes we grew. So I went down to talk to Chuck. He said he’d try the pinot blanc. He had some ideas for it. And he has made some of the best wine I’ve ever tasted out of our pinot blanc.”

Park also won silver for his coffee rum. The rum was produced using a blend of dark and medium roast bean purchased locally from Hayden Ort-Ulm of Basecamp Coffee.

In addition to selling retail at their location by the Canal Place shops, Charis Winery products are in nearly 30 stores and restaurant through the Western Maryland Distributing Co.

Greg Larry is a reporter for the Cumberland Times-News. To reach him, call 304-639-4951, email glarry@times-news.com and follow him on Twitter.