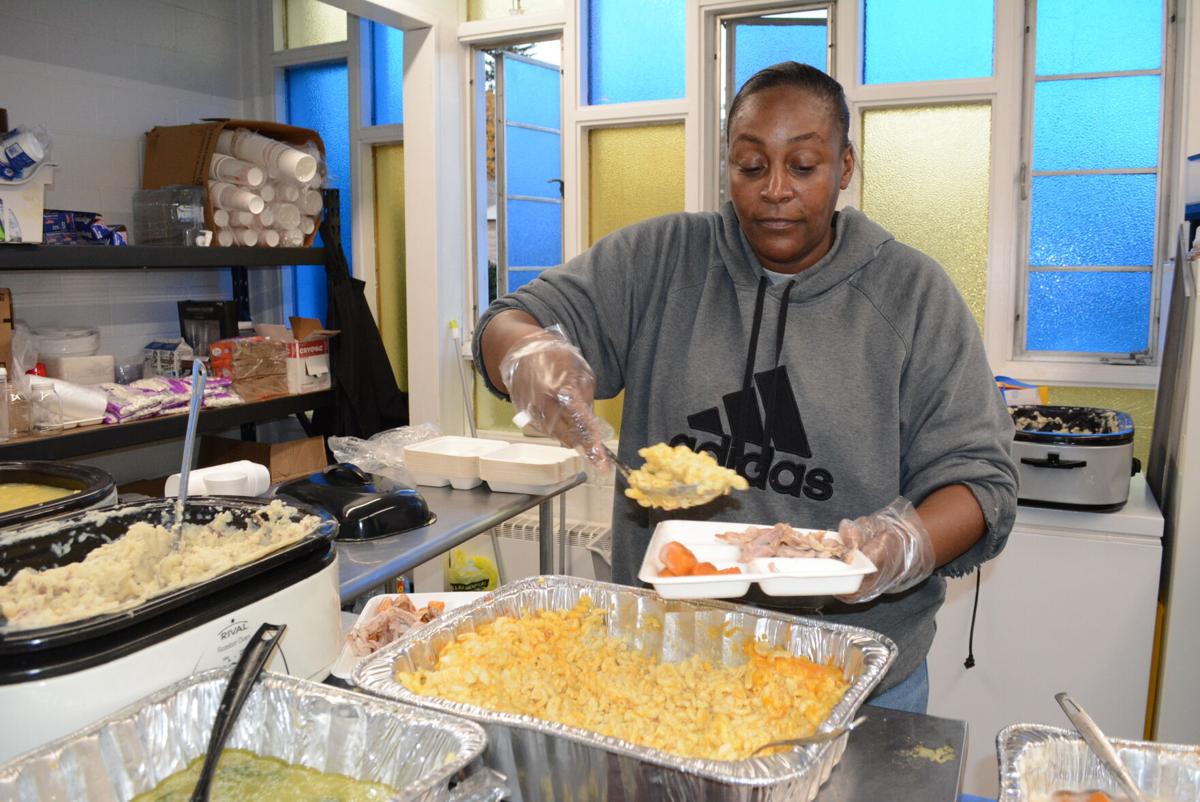 Katrina Powell scoops macaroni and cheese onto a plate during CityReach Church’s community Thanksgiving dinner Nov. 17. Two hundred hot meals were served and 150 food boxes featuring turkey and all the trimmings were distributed during the annual event. 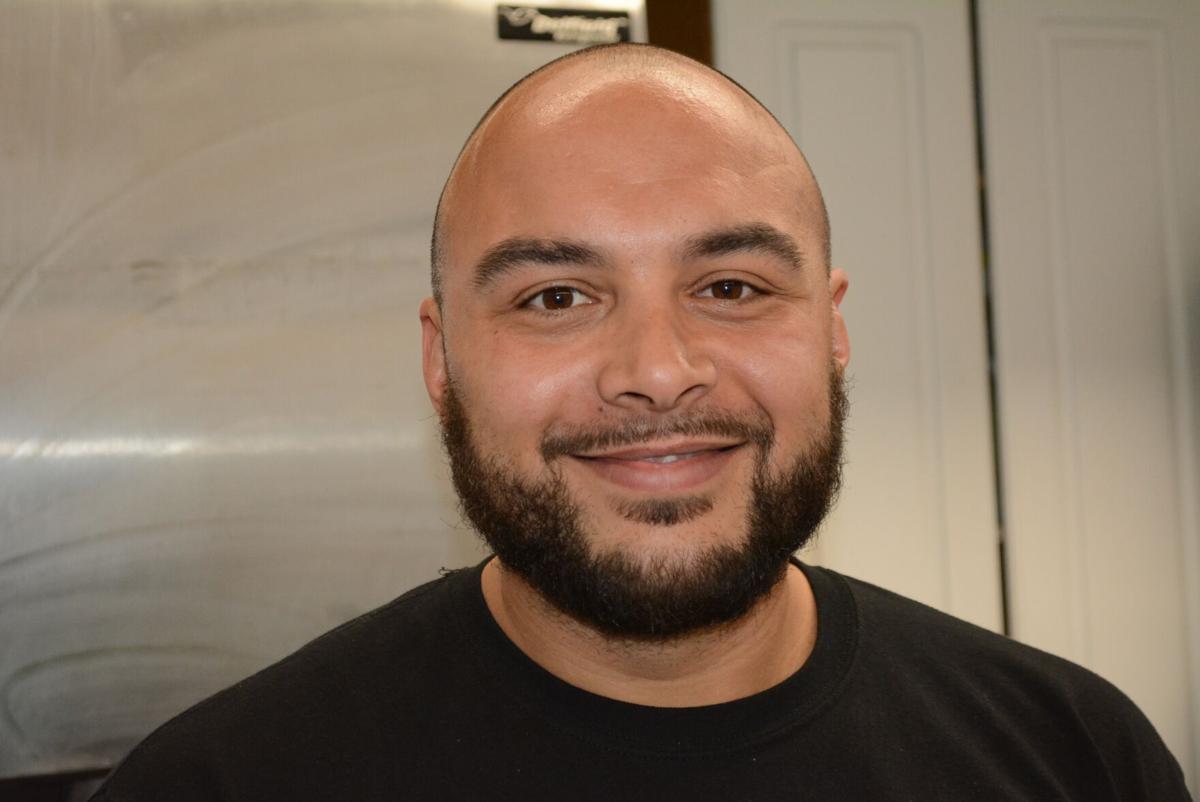 CUMBERLAND, Md. — While it wasn’t the busiest community Thanksgiving dinner that CityReach Church Cumberland has hosted, food still ran out in 40 minutes flat.

About a half-hour before last week’s dinner began, the crowd of people in line for hot food and a take-home bag for the holiday snaked down Brookfield Avenue. Inside the church hall, lines of trays and to-go boxes packed with turkey and all the trimmings stood stacked and ready for the hungry folks outside.

All told, 200 hot meals and 150 food boxes for the road were available, along with an ample amount of clothes and shoes at the giveaway that was held concurrently with the dinner.

The prepared meals and to-go kits didn’t take as long to assemble as one might think, executive pastor David Smith said, because the team of 20 or so volunteers working at the Nov. 17 event “could build Rome in a day.”

“We’re pretty efficient,” Smith said of the volunteer team comprised of church leaders, members and residents of the church’s men’s and women’s homes.

The dinner has been held every year since the church was established nearly seven years ago, he said. In that time, they’ve had to occasionally adapt their approach to serving the food.

Last year, in the throes of COVID-19, they hit the streets to feed people.

Next month, a few days before Christmas, they’ll host a similar event featuring 300 hot meals served on site and 200 boxes of food for dinner on the 25th. When folks come to the holiday food giveaways, Smith said, they need only be hungry to get fed.

“If they need it, they can come and get it,” Smith said. “As far as CityReach goes, we just want to be the hands and feet of Jesus for this city. We want to help them, we want to love on them, we want to do everything we can do for them. We’re not looking for anything in return.”

About 20 minutes into the meal, some turkey was left, but side dishes were quickly dwindling. Between tasks, volunteer Ronnie Lewis of Cumberland said he began helping out at the food giveaways when he was a resident of the men’s home, despite having since graduated from it himself.

Coming back to help out, Lewis said, is his way of paying forward the help he was given when he was most in need, as well as an expression of faith.

“I like the feeling of helping people. It’s all for God,” Lewis said. “We’re just being his hands, I guess.”

“I think this is an opportunity to actually be the church,” Associate Pastor Jay Atkinson said. “It’s one thing to have services, to go to church on Sundays. When you do stuff like this, you’re being the church. You’re providing for people in need and helping your neighbor. You don’t even need to preach or say anything. I think the actual event itself speaks volumes.”

“We take it outside these four walls to love on our community,” said Seth Mongold, the men’s home director. “This does touch and impact people. You don’t have to push your own agenda on anyone. Just loving them opens up the possibility for that conversation.”

Lindsay Renner-Wood is a reporter for the Cumberland Times-News. Follow her on Twitter @LindsayRenWood, email lrenner-wood@times-news.com or call 304-639-4403.