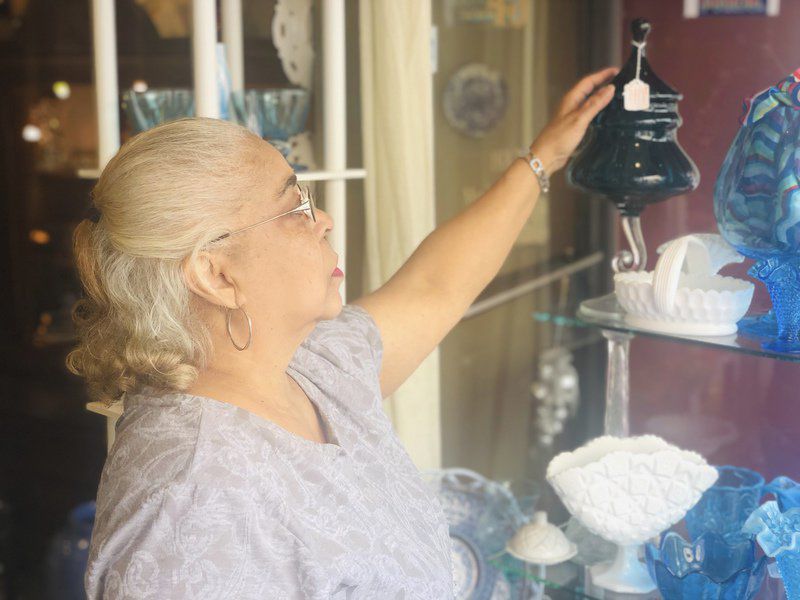 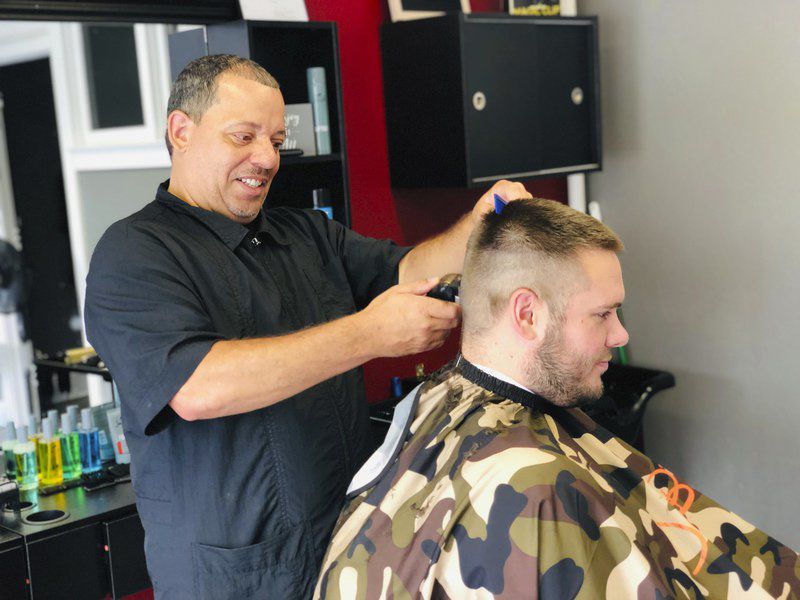 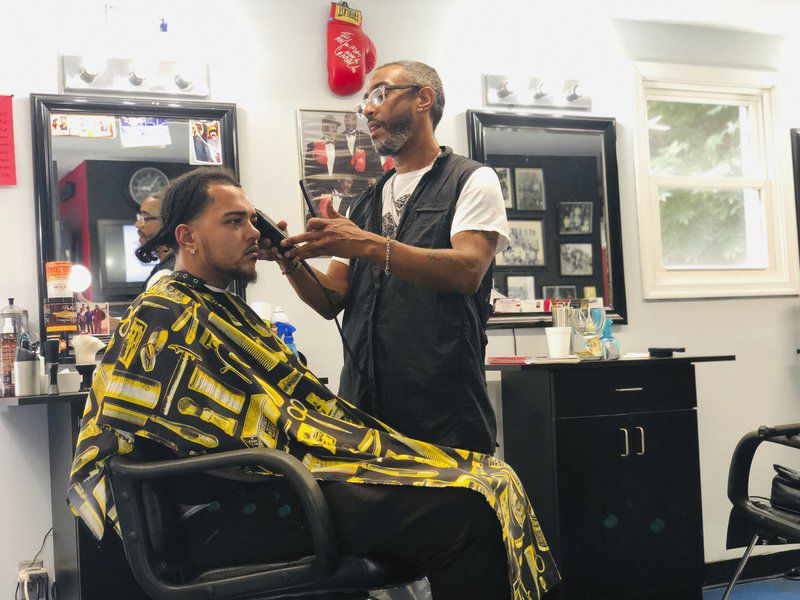 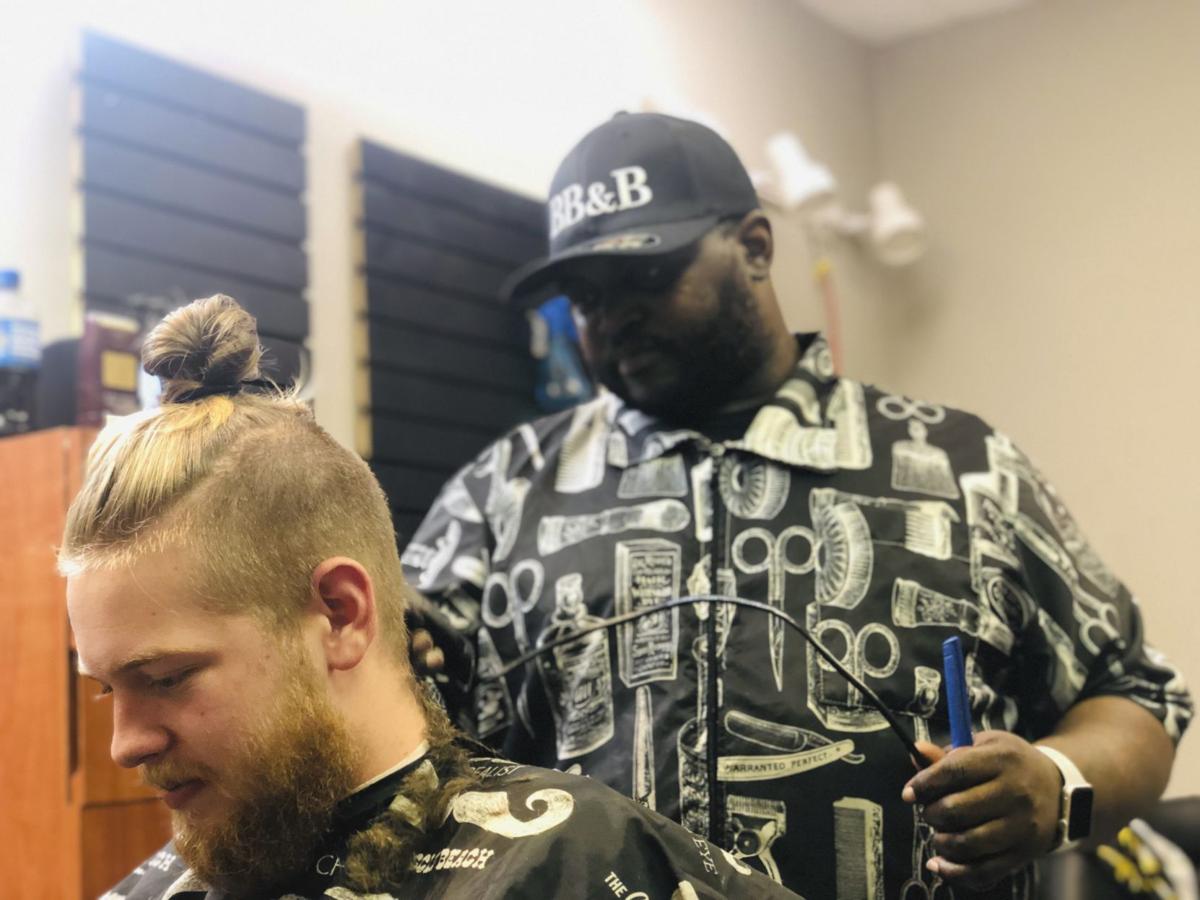 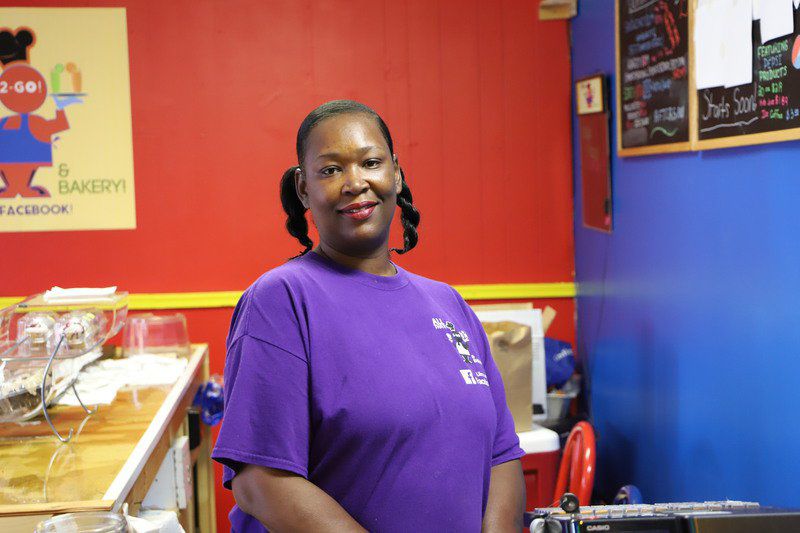 CUMBERLAND — Since Cumberland only has a 6% African-American population, the chance of seeing a blacked-owned business is rare. But a few local businesses are trying to change that narrative.

An associate professor of English and speech at Allegany College of Maryland, Lynn Bowman also serves as a member of Maryland’s Commission on African-American History and Culture.

Bowman talked about the history of Cumberland and how it still impacts businesses of color until this day.

“During segregation, the black community was pushed in these three areas, Greene Street area, Frederick Street area and Pine Street area,” Bowman said. “So, you had most of the business functioning in this area. During this time period, you had more black businesses than you do today, which doesn’t make sense.”

According to Bowman, after desegregation, the only black businesses that survived were the ones that catered to the white community before, which is why many businesses weren’t passed down from generation to generation.

One business is trying to change that history by passing her business down to her daughter.

Jeney Fulton recently opened All That 2 Go, a soul food restaurant on North Mechanic Street. Fulton has been a resident of Cumberland for 10 years. She has been in the restaurant business for over 30 years, always working for someone else.

She said it was “time to build something for myself.”

The interior of the restaurant was the work of Fulton — the painting, the color scheme. She even built the wooden serving bar by hand.

“I just set my mind to it and got it (the restaurant) open,” Fulton said.

The feeling of being a black owner is scary and intimidating, Fulton said.

She opened the business to give to her 15-year-old daughter. She wants the restaurant to be something she can fall on anytime.

“This is all for her, it’s hard for a black woman in this world. We intimidate a lot of people,” Fulton said. “I don’t even want her to deal with any of that. I want her to have her own world.”

There is already plans for expansion of the restaurant. Wanting to add a seating area for customers, Fulton plans to buy neighboring units to add more space.

‘Make it day by day’

One business is already keeping it in the family.

One of the first things that attracts customers to Baltimore Street Collectibles is the window display that the owners have won numerous awards for. The business was first opened in 2005 by Faye Cole. It is a family business that started out as a hobby. The store is operated by Faye and her son, Aaron Cole.

Faye retired from being a parole officer in 2005 and turned her hobby into a business shortly after.

“It’s been a struggle since we started,” Faye Cole said.

“We’re no different than anyone else; I don’t look at it as a color thing,” Aaron Cole said. “Just trying to make it day by day.”

Baltimore Street Collectibles specializes in unique giftware and glassware. They get their inventory from out of town, so their products are different from other local businesses.

They also are aware that their prices aren’t conducive to the local economy.

Baltimore Street Collectibles keeps a book filled with customers that purchase items and over half are from out of the area.

“We been collecting for a lot of years,” Aaron Cole said. “We wanted to give back and service the community more. There’s not a lot offered down here.”

Reminiscing about Baltimore Street when he was younger, Aaron Cole talks about the escalators he used to play on, and the streets that “were packed and filled with store fronts.”

Faye Cole has different memories of Baltimore Street as a kid growing up in segregation.

“We (black community) had our own culture and we had our own things,” she said. “The community was much bigger, a lot of people moved away. There was a lot of black businesses then, more than now.”

Baltimore Street Collectibles will be celebrating its 15-year anniversary in April 2020.

“We see a lot of stores come and go and we are glad we are still here,” Aaron Cole said.

One business owner stays out of the mix and focuses on his craft.

N The Cut Barbershop has been owned and operated by Derik Stephens for more than 20 years.

Stephens has been cutting hair for over 30 years, starting in Montgomery County then moving back to Cumberland to open his own shop. He said he was the only black-owned barbershop for almost 20 years until recently when two more shops opened.

“They didn’t have anything up here, figured I would come back and help things out,” Stephens said. “I didn’t really have to advertise that much when I came back, just word of mouth.”

The economy has also affected Stephens and forced him to cut his prices in half.

“I tell everyone here when they have a chance to get out of here and experience other things,” Stephens said.

One of the other barbershops that opened was Bridges Barber & Beauty owned by Lamont Cockrell, who is originally from Washington. Cockrell has been barbering for 12 years. He opened his own shop because he has his own “ambition and dreams” that he wants to accomplish.

Not only does Cockrell have his own shop, he makes his own all-natural hair and beard products, called Bridges Lemonhead that smells like lemons.

“I want to build my own dynasty,” Cockrell said when asked why he makes his own product. He also said, “the formula is a secret, but just know it is all-natural.”

Cockrell feels like the community as a whole supports him. Also, he loves the feeling of owning his own shop.

The barbershop moved to an Oldtown Road location on Sept.1. Cockrell is also looking for another motivated barber to cut alongside him.

“I need the foot traffic, I want the neighborhood feeling,” Cockrell said.

Cuttz of Encouragement is the latest to open.

Owner Kenneth Weedon is originally from Frederick and has been barbering for nine years. “I was ready to be an entrepreneur,” he said.

The name of the barber shop came from a church that Weedon attends called Ministry of Encouragement.

According to Weedon, it was “easy and smooth” opening up his business. He attended a program called, “from low income to entrepreneurship” that started last year. The program is provided by the Maryland Small Business Development Center.

Weedon said he moved to Cumberland for the “slower pace of life.”

“By me overcoming everything and finding Christ/God, by changing my life, I want to reach out to people that are still out there struggling,” Weedon said. “I want to get to them before it’s too late.”