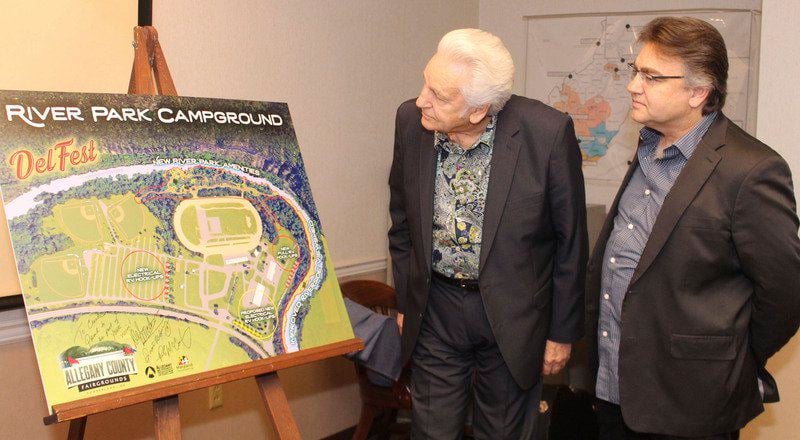 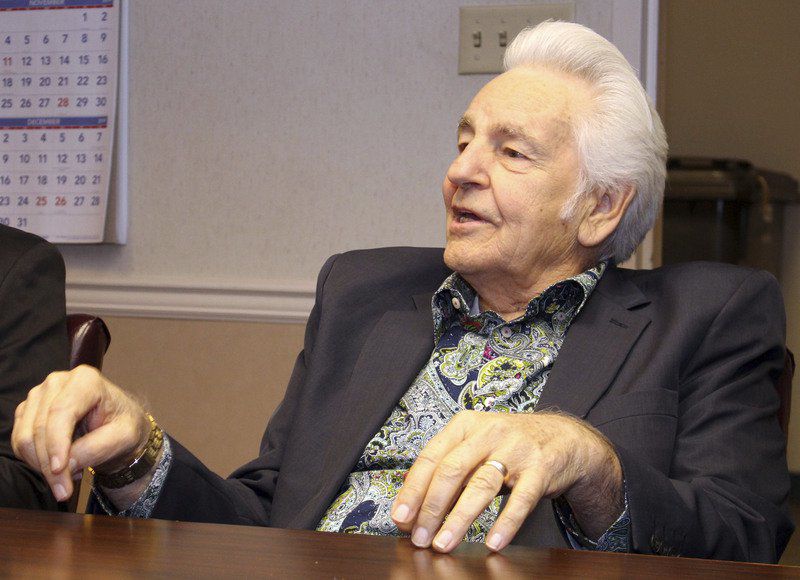 Del McCoury talks about the proposed River Park Campground planned for the Allegany County Fairgrounds Sunday during a visit to the Times-News. 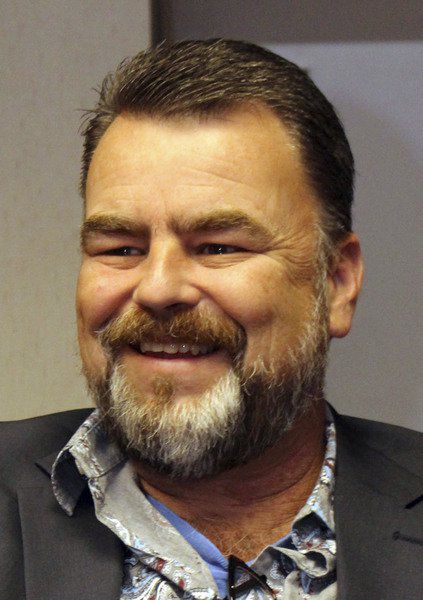 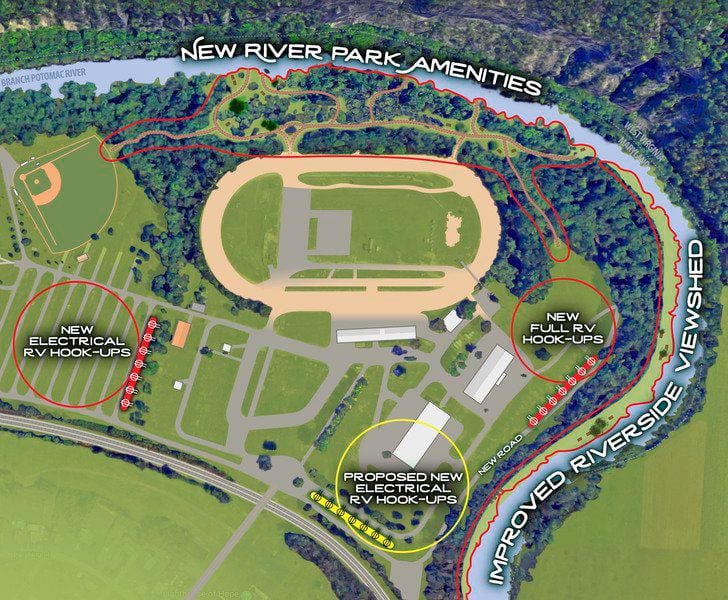 Del McCoury talks about the proposed River Park Campground planned for the Allegany County Fairgrounds Sunday during a visit to the Times-News.

CUMBERLAND — Del McCoury and family visited Cumberland on Sunday where they unveiled plans for improvements at the Allegany County Fairgrounds, including additional amenities, RV hookups and improved trail connections.

McCoury and sons Ronnie and Rob, along with manager Stan Strickland, visited the offices of the Times-News to announce the new five-year plan.

Included in the upgrades will be the addition of roughly 40 RV hookup pads, largely along the North Branch of the Potomac River, that — once completed — will bring the total number of pads to nearly 500.

“We started talking about it this summer,” said Brodie. “It’s basically a five-year plan with some of it done this coming year. These improvements will help all of the events at the fairgrounds.”

Brodie said the upgrades will be funded largely through the amusement tax collected each year from DelFest.

The improvements will make DelFest strong for years in the future, Strickland said.

“One thing ... we got three generations of McCourys,” said Strickland. “Del made it clear we need to make things happen for the future and the grandchildren and beyond. We get offers to do things all over the country. In order for anything to work, (DelFest) has to be a shining jewel for the McCoury family.

“If you make something great for the people that come from 40-some states to attend DelFest, how great is that? But, what we are doing isn’t just for DelFest; this will be available year round. It’s for everyone.”

Strickland also announced that Rob McCoury, who plays banjo for the Del McCoury Band, has taken over a new position with the family business.

“This is something we’ve talked about for awhile,” said Strickland. “We felt strong enough about the relationships we’ve built, and we’ve found a place in the community, that we created a new position for Rob ... he is now president of McCoury Festivals.”

Rob McCoury said he and Brodie had been discussing the improvements for some time.

“We met and we talked about things that would benefit everybody,” said Rob. “That was the vision Creade had and it’s a shared vision that will help not just DelFest but everything out there.”

“I have personally, for the last eight or nine years, been looking at 'how do you put it all together?'” said Brodie. “When you guys started out there I thought 'perfect, we will make this work somehow.'"

In addition to Brodie and Rob McCoury, others offering input on the plans included Paul Kahl, county engineer, Roy Carter of High Sierra, Kevin Kamauff, fairgrounds manager, and Chris Harris, who, along with Strickland, provides management for the McCoury family.

“I think it is just helps everyone,” said Harris. “We are focusing on our good relationships we have here. There have been challenges but we want to remind people that this stuff is getting done. The experience at the fairgrounds will continue to improve.”

Harris said DelFest fans have been asking for more RV hookups. He said currently there are roughly 200 powered hookups with water along with more than 200 unpowered RV hookups. With the addition of 40 new connections, Harris said there will be nearly 500 camping hookup pads when the installations are complete.

“We are running another row along the river,” said Harris. “Many of these will have full sewage, power and water. They can be used like a campground. They’re permanent.”

Harris also said river access will be improved, including walking and biking trails.

“Some people have said they have to hunt to find the river,” said Harris. “This will improve access to the river ... clearing the trails and adding picnic tables for folks. It all may take a couple of years to get finished but it will improve the experience quite a bit.”

The river has canoe and kayak access just south of the fairgrounds with an outtake behind the race track. The county also recently added another dock at the Upper Potomac Industrial Park.

“We’ve never had a problem with DelFest,” said Brodie. “They leave the grounds cleaner than they found it and you don’t always have that.”