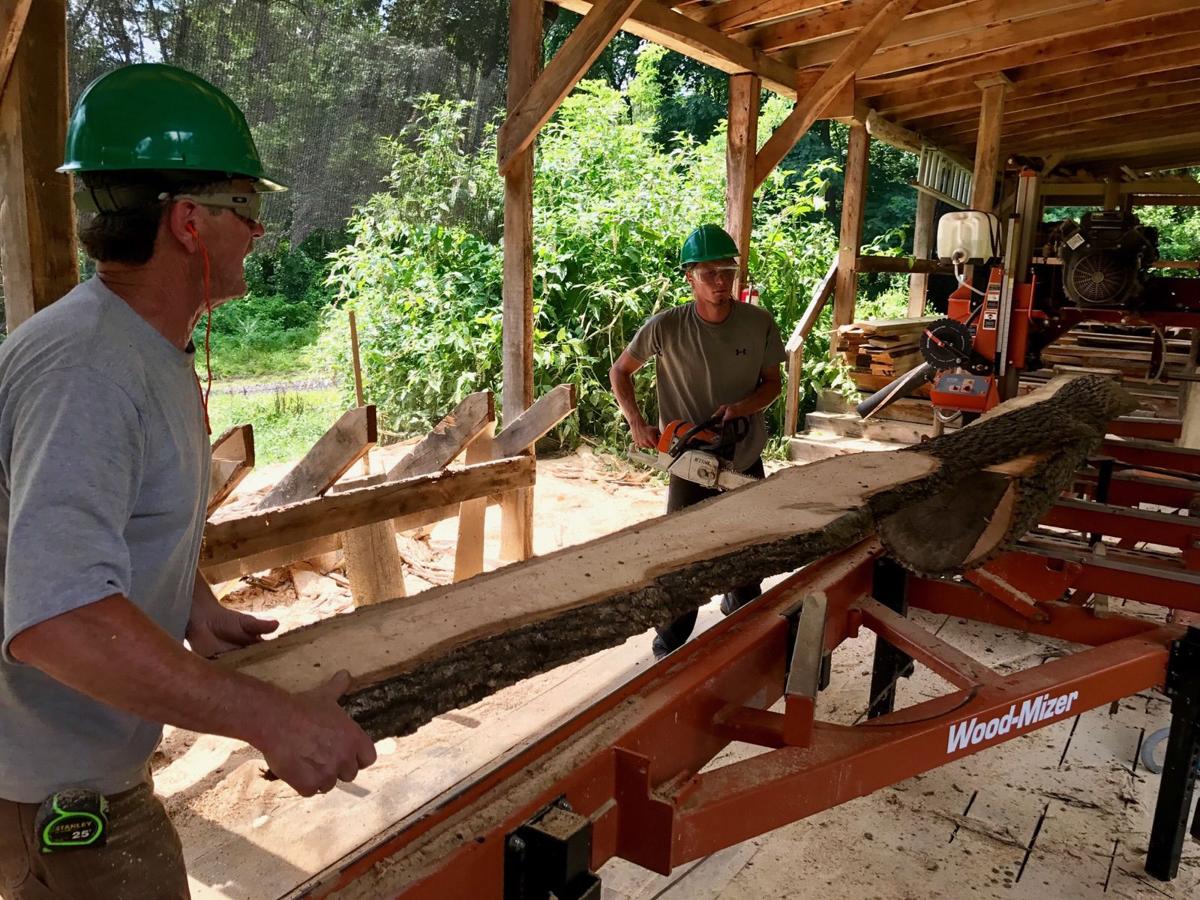 Matt Diehl, left, and Ian Cheek saw a board from an ash tree on the grounds of the Evergreen Heritage Center near Mount Savage on Tuesday, Aug. 1, 2017. 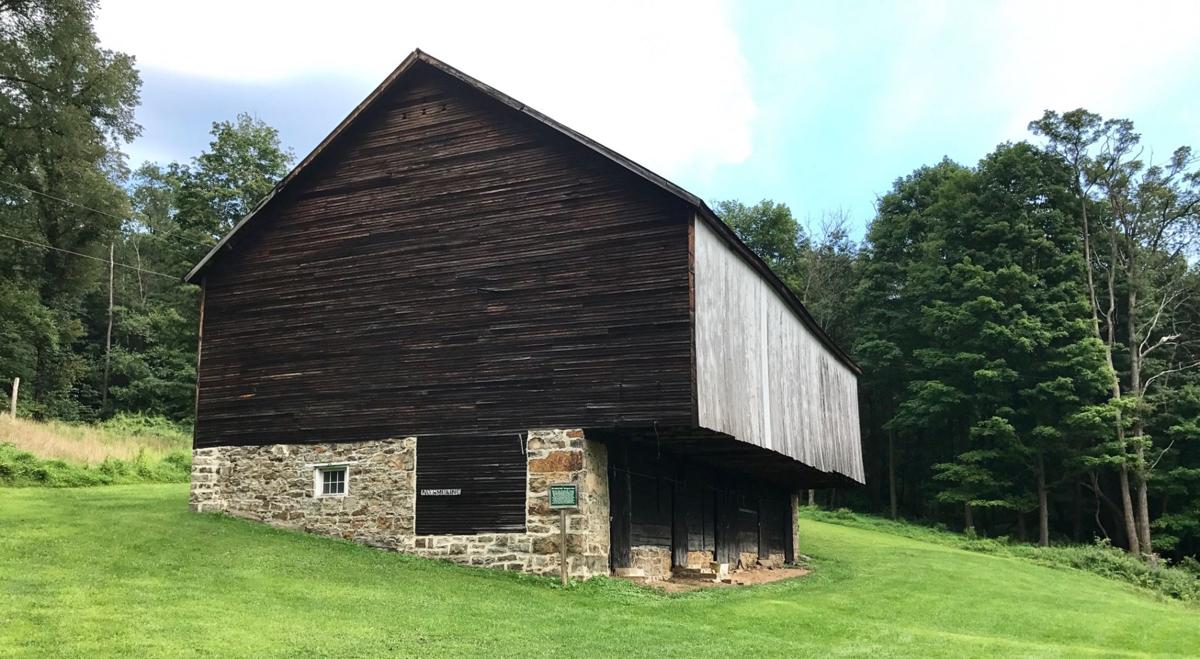 The 237-year-old Pennsylvania-style barn on the grounds of the Evergreen Heritage Center, seen here on Tuesday, Aug. 1, 2017, will be repaired with lumber from the property. 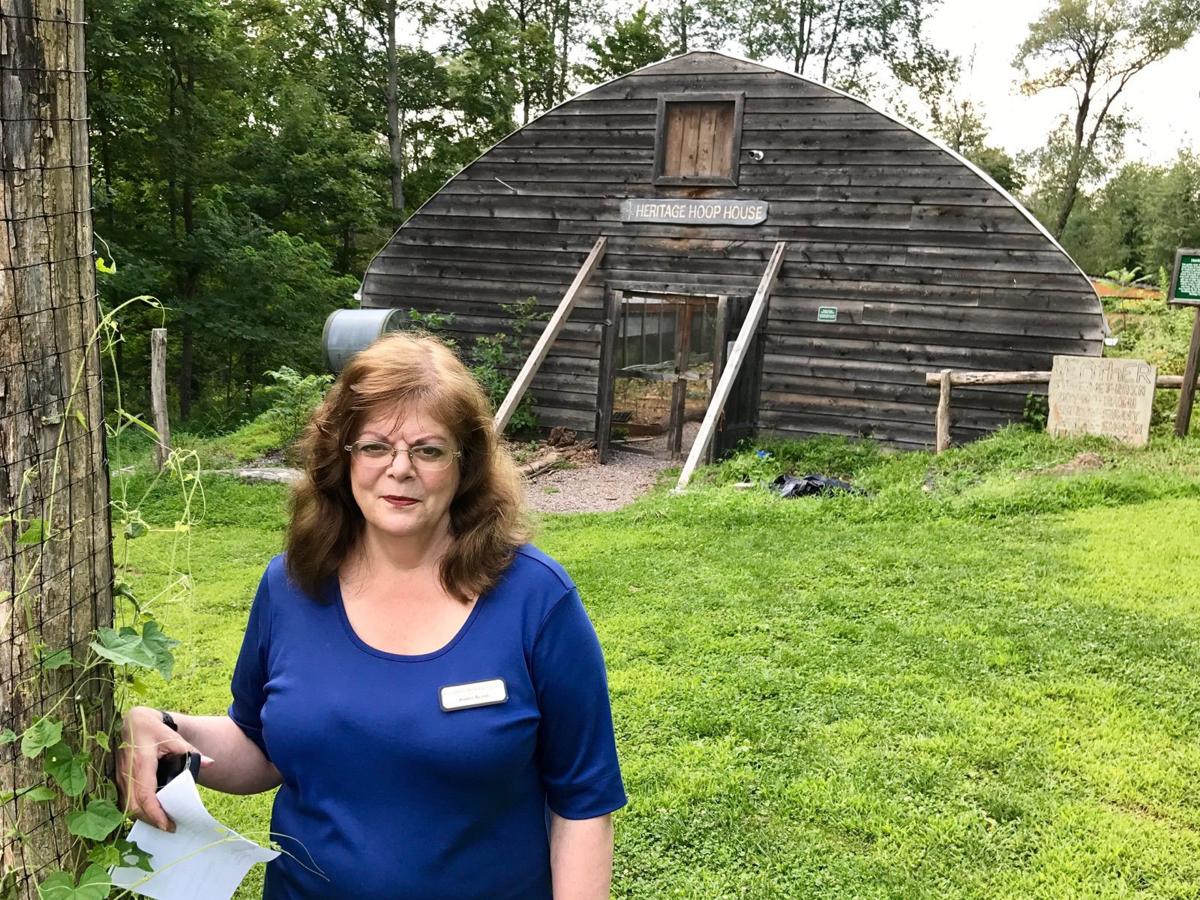 The repair of an old barn at the Evergreen Heritage Center proves what President Janice Keene says about the efforts there. "We're all about sustainability," Keene says on Tuesday, Aug. 1, 2017. 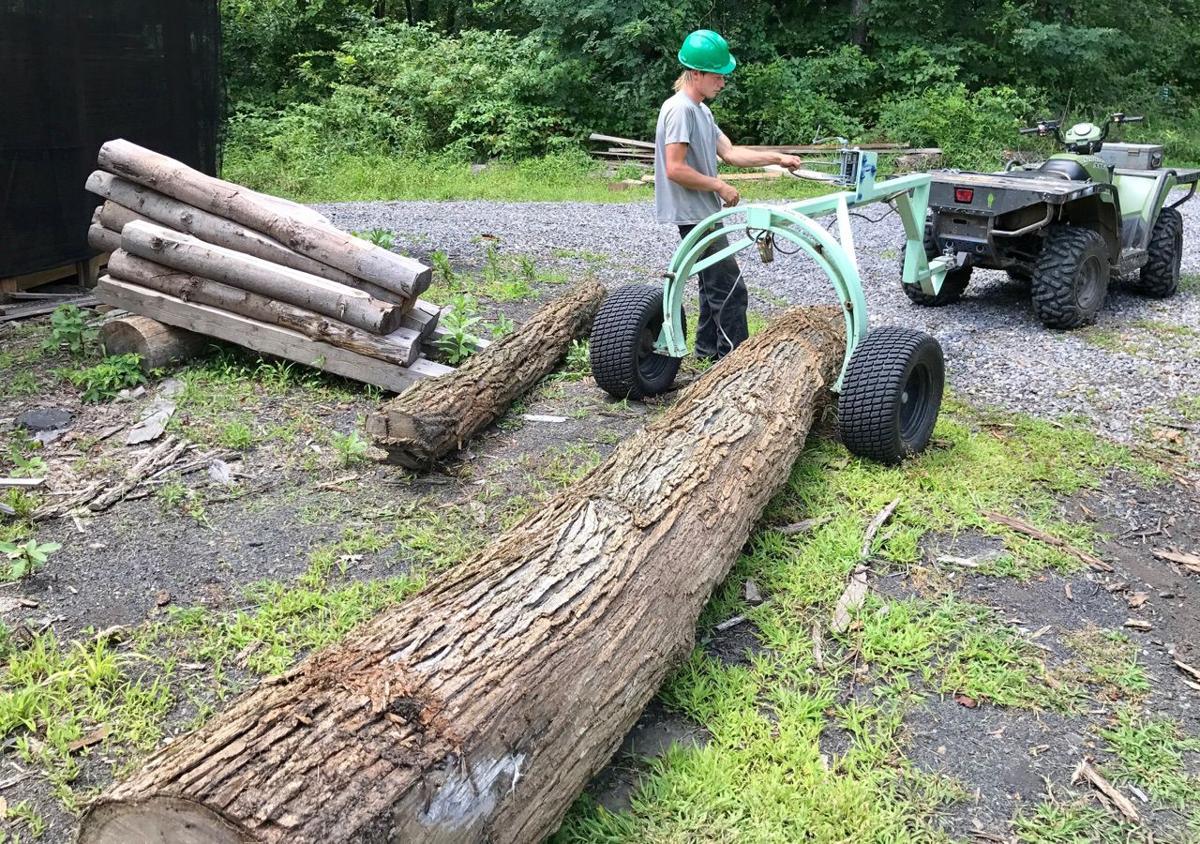 Ian Cheek prepares an ash log on Tuesday, Aug. 1, 2017, for the mill at Evergreen Heritage Center where boards are cut to repair a historic old barn. 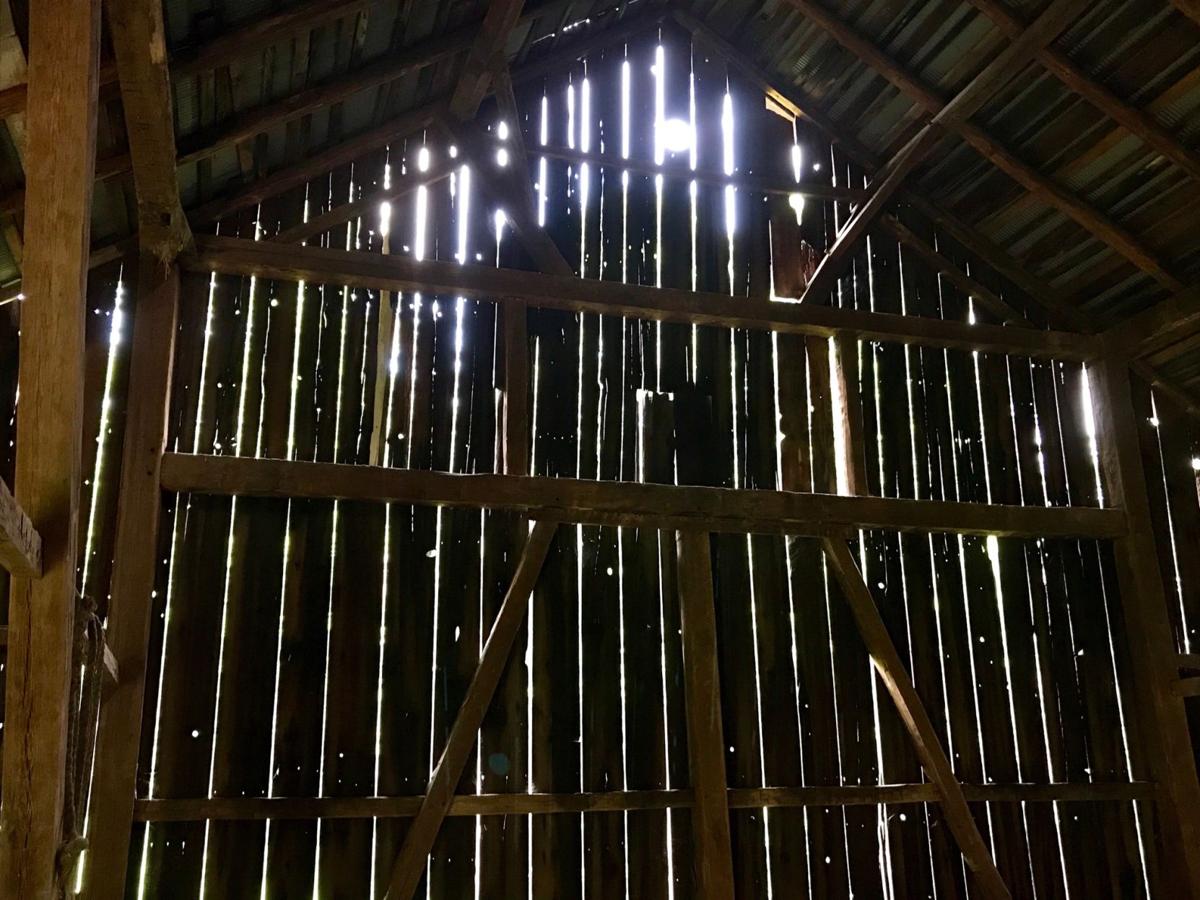 The historic, Pennsylvania-style barn on the grounds of the Evergreen Heritage Center, shown here on Tuesday, Aug. 1, 2017, is in need of repair. That will be handled in-house. 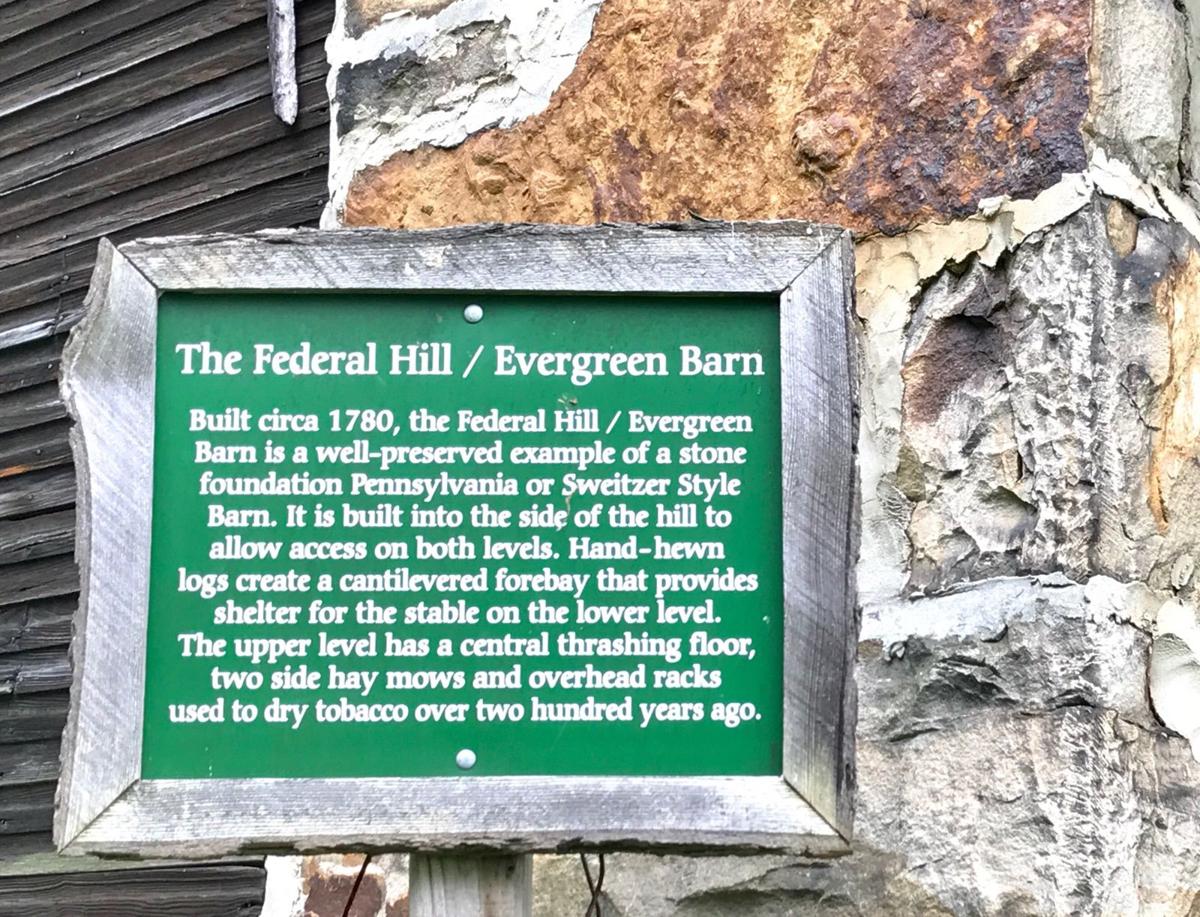 After all, Janice Keene and her people didn’t win the 2015 Maryland Sustainable Growth Award simply for being in a gorgeous part of Allegany County.

“Our 200-year-old barn needed repaired and our ash trees were being infested with ash borers,” Keene, president of the Evergreen Heritage Center Foundation, said Tuesday afternoon as she strolled the 130-acre, topographically-challenged grounds.

Before the insects could have their way with the ash trees, 400 of them were felled and are providing 700 boards milled on site.

The boards are being stored and will be used to improve the 4,500-square-foot barn, built about 1780.

“We’ve had trees up to 28 inches in diameter,” said Matt Diehl, who, along with Ian Cheek, sawed boards on Tuesday.

“It would have been a terrible waste to lose the trees,” Keene said. “We needed to find something productive to do with them.”

Keene said history experts tell her the Pennsylvania-style barn is the only of its kind in Maryland.

Nothing goes to waste when an ash tree is reduced to boards, according to Diehl. “We use everything,” he said.

The bark slabs are burned or used to create items such as planters. Even the sawdust is used, sometimes as a starter fuel.

By wisely using resources to sustain the property, the center practices what it preaches when staff educates the area's 3,200 elementary, middle and high school students who visit Evergreen each year.

Testing shows that the center’s educational efforts have increased student science literacy by 25 to 50 percent, according to Keene.

The center has been listed on the Maryland Historical Trust Inventory since 1976 and was added to the National Register in 2015. It is on Trimble Road just off state Route 36 between Mount Savage and Frostburg.

Three days apart, two bears died at the same spot on a Maryland highway, according to Claris…

SWALLOW FALLS STATE PARK — Divers in the river below Swallow Falls a little after 9 a.m. Monday recovered the body of a swimmer who went below…

Three more bears died on Maryland highways recently, bringing to two dozen the number to have perished this year, according to an unofficial c…

UPDATED: Mount Storm woman and her store will appear on Outdoor Channel

MOUNT STORM, W.Va. — The proprietor of a Mount Storm sporting goods store will appear in an upcoming episode of Drop Zone, a hunting show on t…

SOUTH CHARLESTON, W.Va. — These anglers, who live within the circulation area of the Cumberland Times-News, are among those recognized by the …

MOUNT SAVAGE — Allegany County public schools will be able to find out how much particulate matter is in the air that students and teachers breathe.