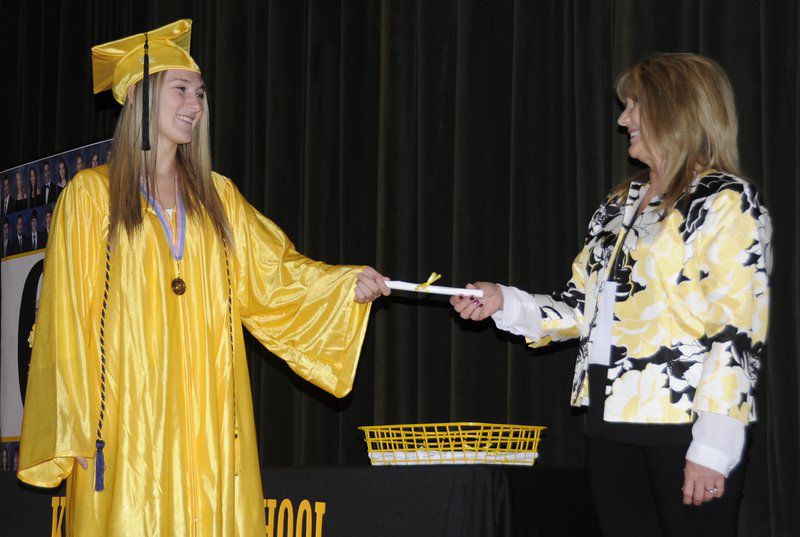 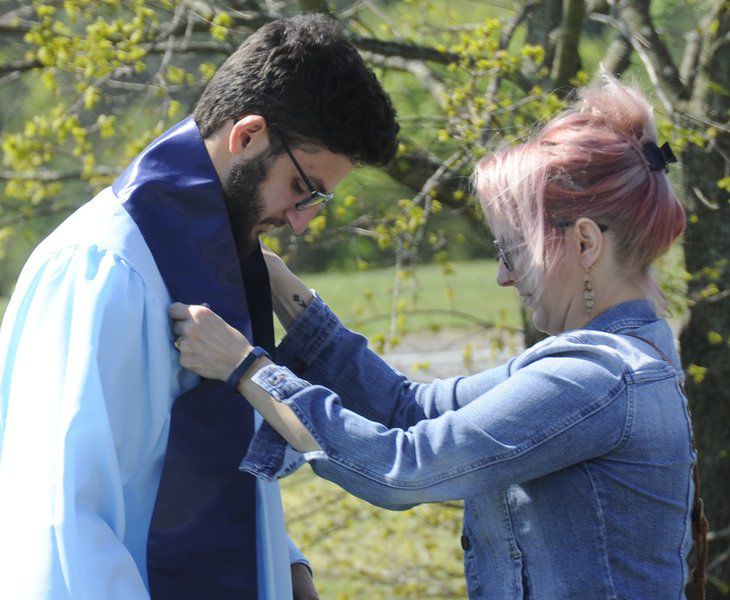 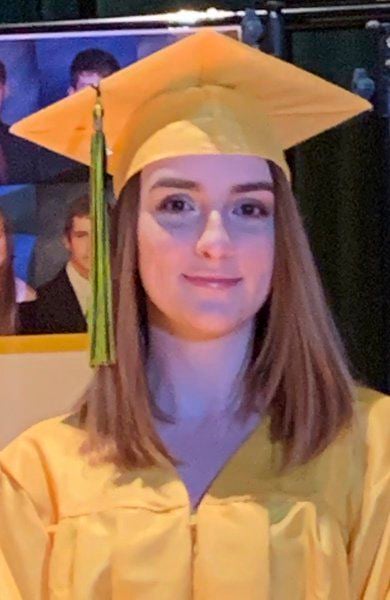 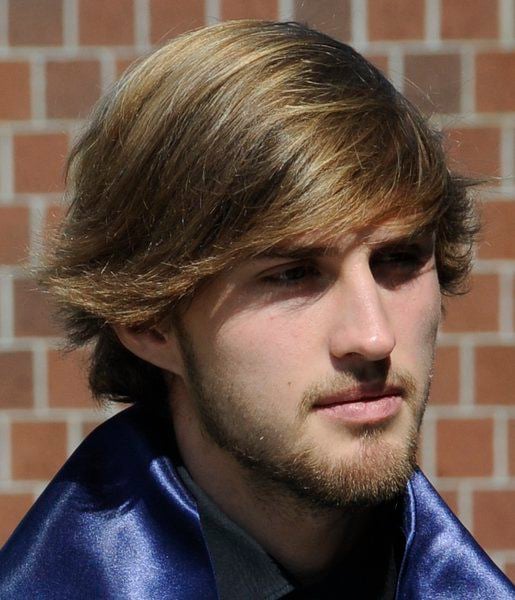 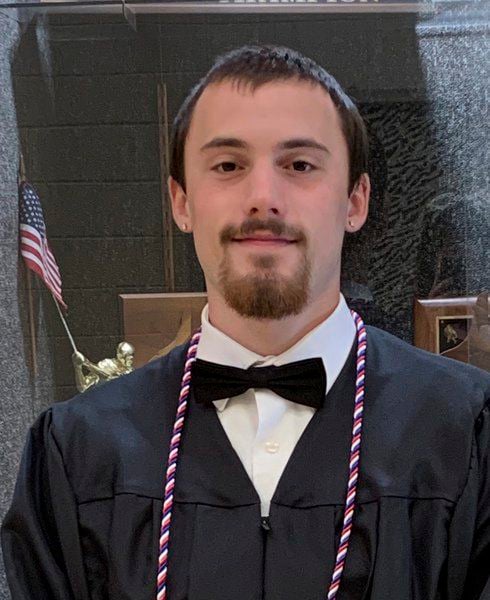 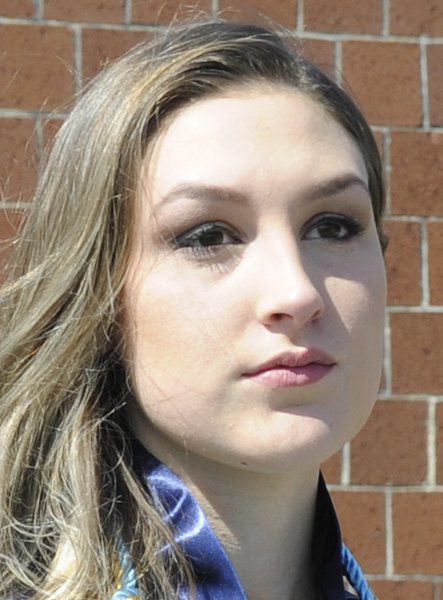 SHORT GAP, W.Va. — While it’s not what they had always envisioned, some recent Mineral County high school graduates said their virtual graduation ceremonies are a nice placeholder until they can experience the real thing.

Over the course of a few days, both Frankfort and Keyser high schools videoed their seniors walking across the stage this week for a virtual graduation ceremony that will air at the end of the month. While they still plan to hold physical graduation ceremonies later this summer, after the threat of COVID-19 has hopefully begun to subside, the virtual ceremonies serve as a substitute for the real thing.

Frankfort’s rescheduled in-person ceremony will be held on either June 27 or July 18, and Keyser on June 28 or July 19. Frankfort also offered two tentative future prom dates of June 25 or July 15, while a date for Keyser’s was promised but not yet established, according to information on the school’s website.

“I had the easiest part, without question,” Mineral Superintendent Troy Ravenscroft said Friday morning on Facebook after he’d taped his portion of the ceremonies for the two schools. “Our schools have done a great job putting this all together.

“Typical graduation ceremonies take at least a day of prep and 1-2 hours for the actual ceremony,” Ravenscroft wrote. “Virtual graduation takes days ... multiple days. I can’t say enough about how awesome our schools have handled this. ... It’s not easy wearing the same suit 2-4 days in a row but to our principals — it was worth it!”

Grouped in alphabetical order based on their last names, students entered the room where they were being filmed in groups of three at a time, clad in their caps and gowns. They’d walk across the stage, shake hands with their principal and have the fruits of their labor summarily recognized.

‘Make the best of it’

Speaking just after she’d finished taping her part and walked outside, Frankfort senior Reagan Bennett said she “broke down” when she saw how the room had been set up for their taping. The class of 2020’s senior pictures adorned the back walls, Bennett said, and the sight of that instantly made her emotional.

“I was trying to be positive before it all happened,” Bennett said when asked what her thoughts were upon learning schools would be closed for the remainder of her final semester. “I didn’t want to admit it could happen. I was pretty upset at first, but we were all expecting that. I was kind of hoping we could go back to have that closure with my classmates. Everyone always looks forward to the last month, the last couple weeks of school. I think our class is pretty close-knit, and we’ll have the opportunity to have a reunion as soon as possible.”

“Really it’s not about what could’ve been but what it is,” Bennett said. “We have to make the best of it, and I think we have. I’m grateful for our community, our teachers and parents who came together and made all this possible. It’s not even that it’s disappointing, because it shows how we can come together in the worst circumstances.”

‘It’s never going to be the same’

Fellow senior Briar Cessna said it’s “a little different than what you anticipate,” but he still enjoyed the ceremony.

It was “bittersweet” when he heard schools would be closed for the rest of the year, Cessna said. He said he’d been looking forward to finishing school, but hadn’t anticipated that he and his classmates wouldn’t be able to return to campus one last time. He’d been looking forward, he said, to making final memories with his friends.

“It’s never going to be the same, but all things considered I thought it was really well done,” Cessna said of the taped ceremony. “They really put effort into it and it shows.”

Cessna will study wildlife biology at Potomac State in the fall.

“It’s taken some time to get used to,” newly-graduated senior J.J. Blank said. “I was pretty upset. I was hoping basketball would come back, and that we would have a normal prom. Just everything normal.”

Blank, who’s planning to study exercise physiology at Potomac State, said he had been “looking forward to our senior trip. They usually go to Kennywood or Hershey Park, something like that, just being with my friends. But with quarantine you can’t do anything like that. I hang out with my friends a lot. I’m always around them, and that helps a little bit.”

“It was awkward and weird” to have the ceremony taped that way, Blank said, but he was “for sure” looking forward to seeing the finished product at the end of the month.

‘Teachers did a great job’

Ryan Shoemaker, a Keyser senior, said he didn’t know what to make of the closures at first but adapted.

“I couldn’t finish my sports seasons out, and that was the biggest part, honestly,” said Shoemaker, who played basketball, baseball and football. “I was looking forward to baseball season and everything that came along with senior year, like graduation and getting out of school early, before everyone else.

“I thought the teachers did a great job,” Shoemaker said of Keyser’s taped ceremony. “We’re limited on what we can do, but they did a great job working everything out.”

Shoemaker said he’s planning to continue playing baseball at Potomac State in the fall, and will study physical education there.

Sara Dawn Suiter said she had been looking forward to their senior prom, but otherwise she “wasn’t too upset” to learn schools were closing early this year, as she had already begun taking core classes for college.