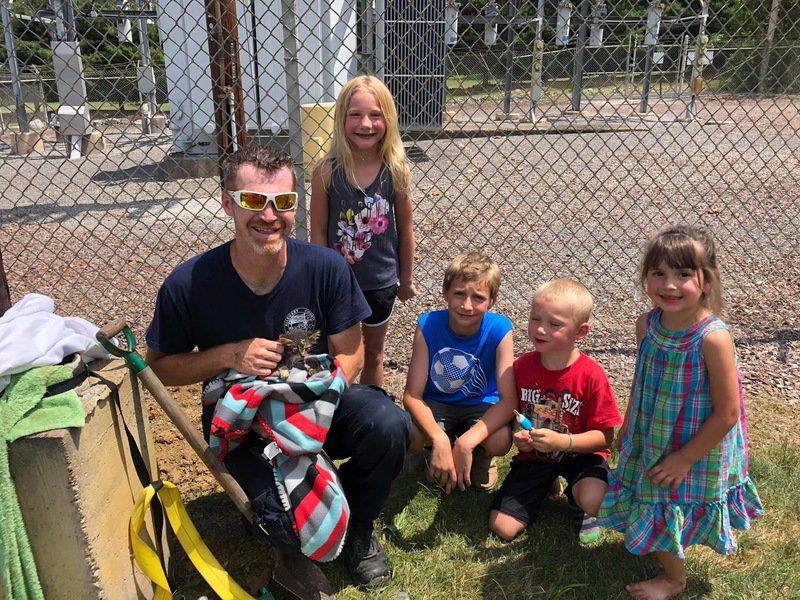 Allegany County Department of Emergency Services technician Derick Fischer poses with the kitten he helped to free from a pipe underground Monday in Flintstone. 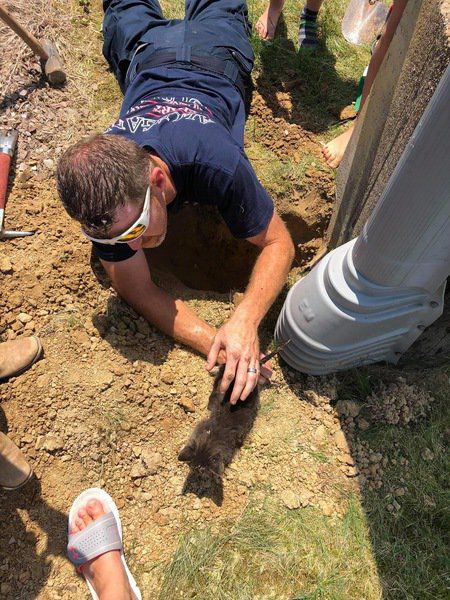 Allegany County Department of Emergency Services technician Derick Fischer rescued a kitten that got trapped in a pipe underground Monday.

Allegany County Department of Emergency Services technician Derick Fischer poses with the kitten he helped to free from a pipe underground Monday in Flintstone.

Allegany County Department of Emergency Services technician Derick Fischer rescued a kitten that got trapped in a pipe underground Monday.

FLINTSTONE — Rather than retrieving it from a tree, as one might expect, an Allegany County Department of Emergency Services technician saved a kitten from an underground pipe Monday afternoon.

Derick Fischer, a firefighter and EMT, told the Times-News he was stationed at Flintstone's firehouse on Monday, doing work on the computer when a woman came in asking for help. A cat was trapped in a pipe outside her home, Fischer recalled her saying, and she needed help getting it out.

The woman and her family had tried luring the feline out with food and water to no avail, Fischer said, so he offered to go over and perform the rescue manually.

When he arrived, Fischer said, he and the family found that the kitten was trapped much deeper down in the pipe than they'd anticipated.

“Honestly, at first I thought it’d be easy," Fischer said. "I figured I would reach a hand down and grab it back out. It was hot, and I knew I had to figure something out. There was no giving up until I got the cat out."

Undeterred, Fischer said he started digging a hole, moving in the direction of the kitten's panicked meows. He dug about two feet down to the pipe, found where it leveled out and “busted a hole in the pipe," located the kitten and pulled it out.

The rescue successful, a neighbor took the frightened feline home for a bath and a meal. Judging by the pictures he's seen since, Fischer said, it seems like the previously homeless kitten has now found a family.

Fischer, who has worked as a firefighter and EMT for 15 years, said Monday's was his first animal rescue. He's also a cat person, saying his house is currently home to four indoor cats and five outdoor ones.

"It felt good getting the cat out," Fischer said. "I'm not a person who likes all the glory and all that crap. I’d rather fly under the radar. Anything I need to do, I’m there to do it. The cat got out, and it was a good outcome.”

“The team at DES is dedicated to helping the community in any way we can in the safest and most efficient manner,” Emergency Services Deputy Director Roger Bennett said in a press release about the rescue. “Derick going above and beyond on Monday to rescue this helpless animal is a true depiction of the staff we have at emergency services. I (can't) say enough about their dedication to our communities.”