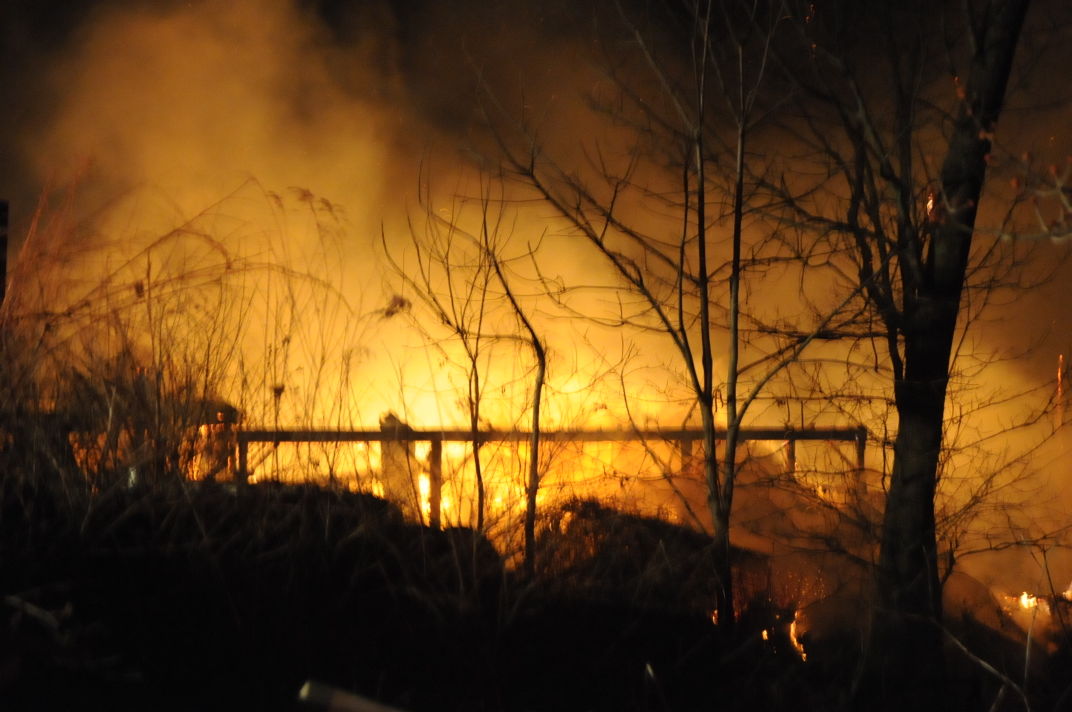 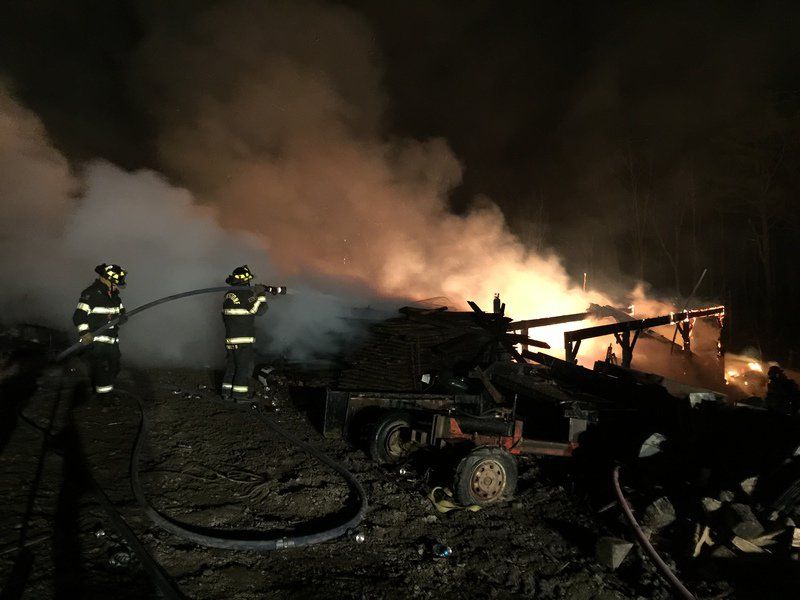 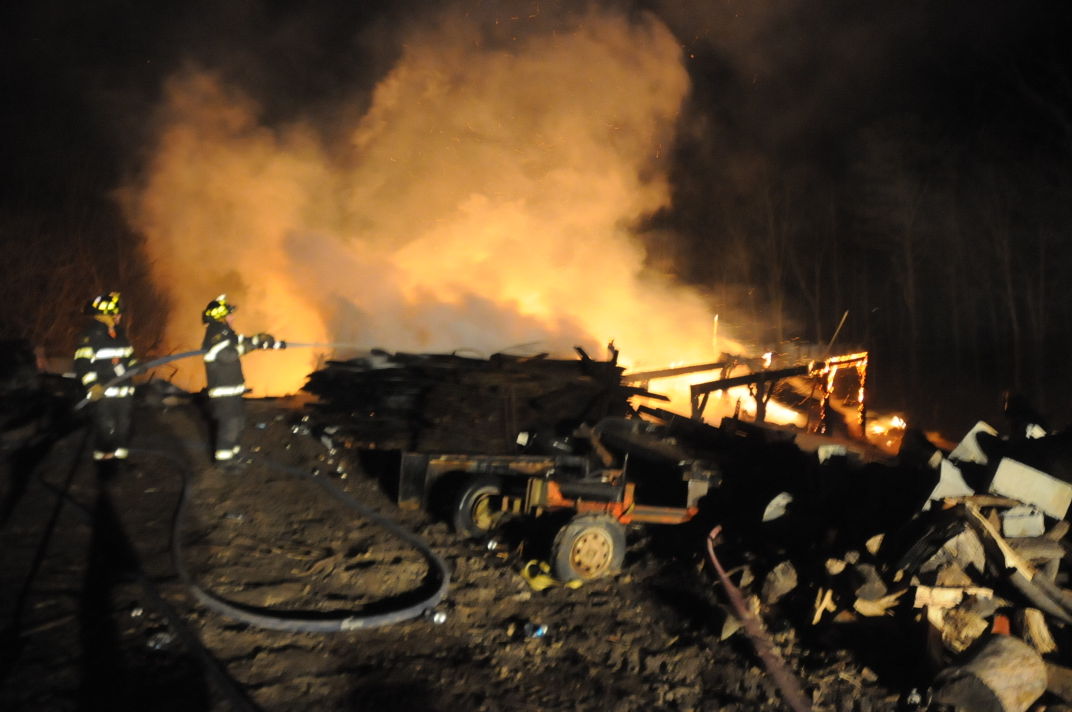 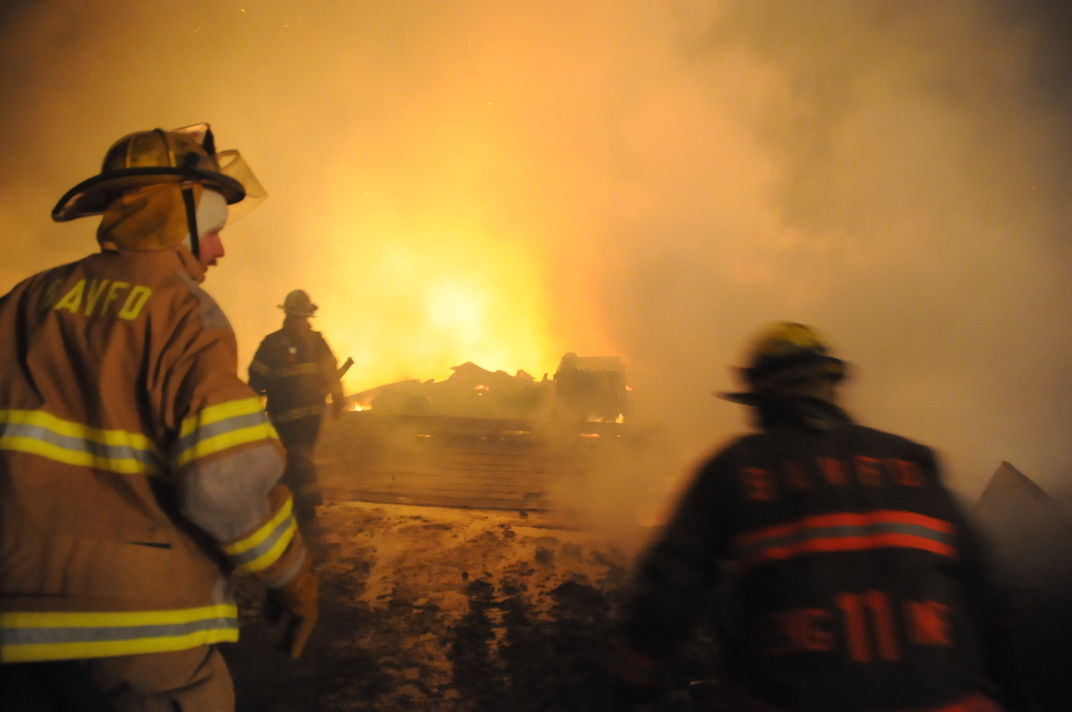 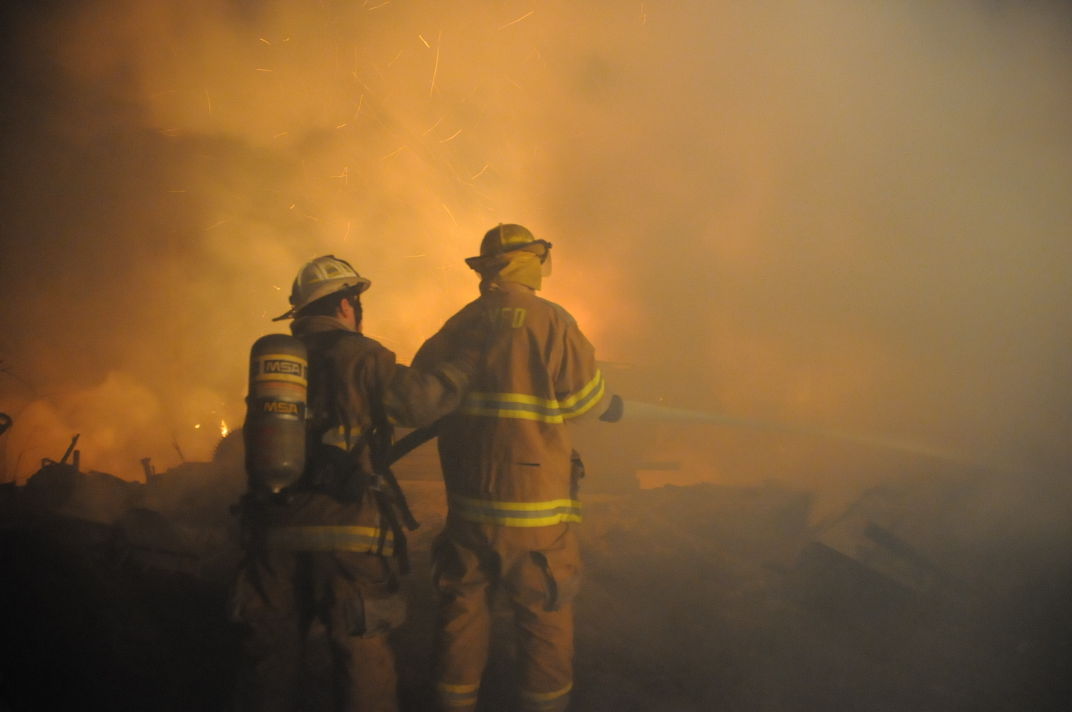 FLINTSTONE — Volunteer firefighters from several companies responded to a fire that destroyed a barn on Street Road early Wednesday, according to the Allegany County 911 Emergency Center.

Units were alerted at 3:39 a.m. when a 911 call from the homeowner, a Mr. Smith, reported the fire to the county emergency dispatch center.

Firefighters from Flintstone found the structure fully engulfed in flames.

The barn reportedly housed vehicles, a skidder and chickens among other items, according to the 911 center.

No injuries were reported.

The Maryland State Fire Marshal's Office responded to investigate the cause and origin of fire.

Corriganville house damaged by outside fire