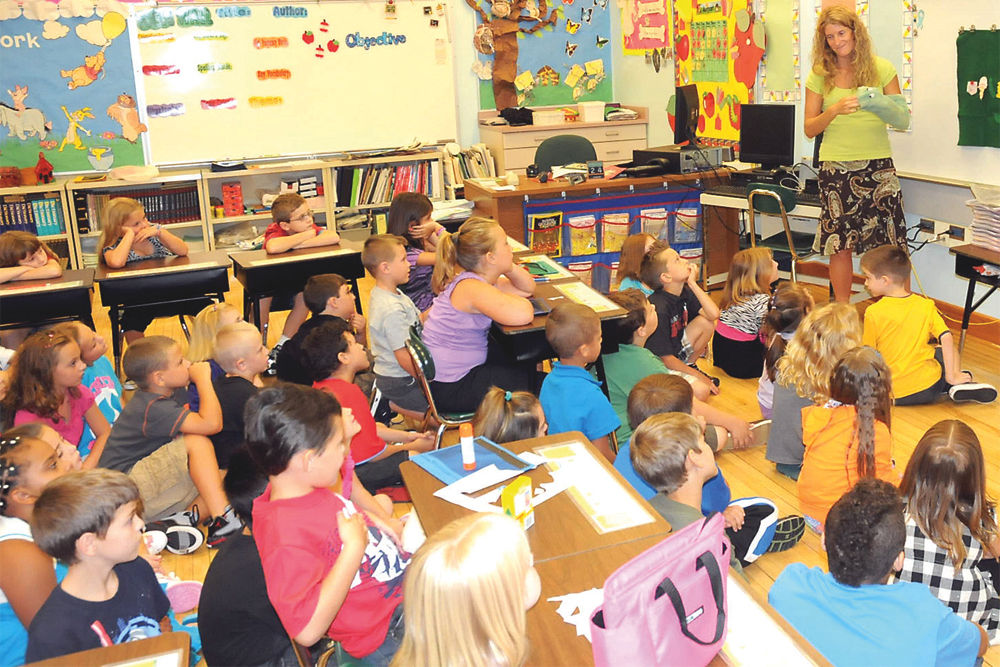 Diann Cosgrove, a second-grade teacher at Cresaptown Elementary School, leads an activity on Tuesday, the first day of school for students in Allegany County. Students were dismissed three hours early. 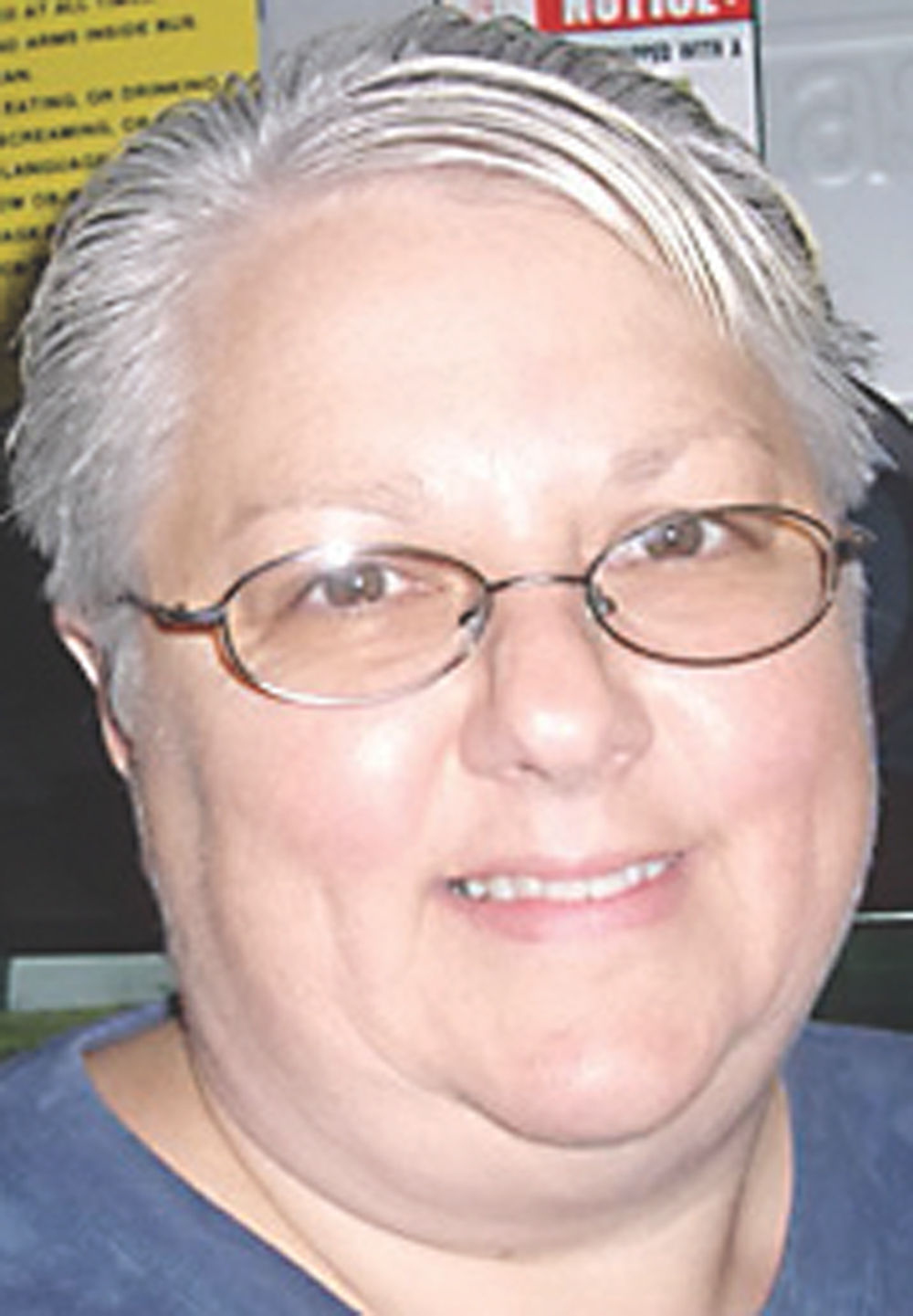 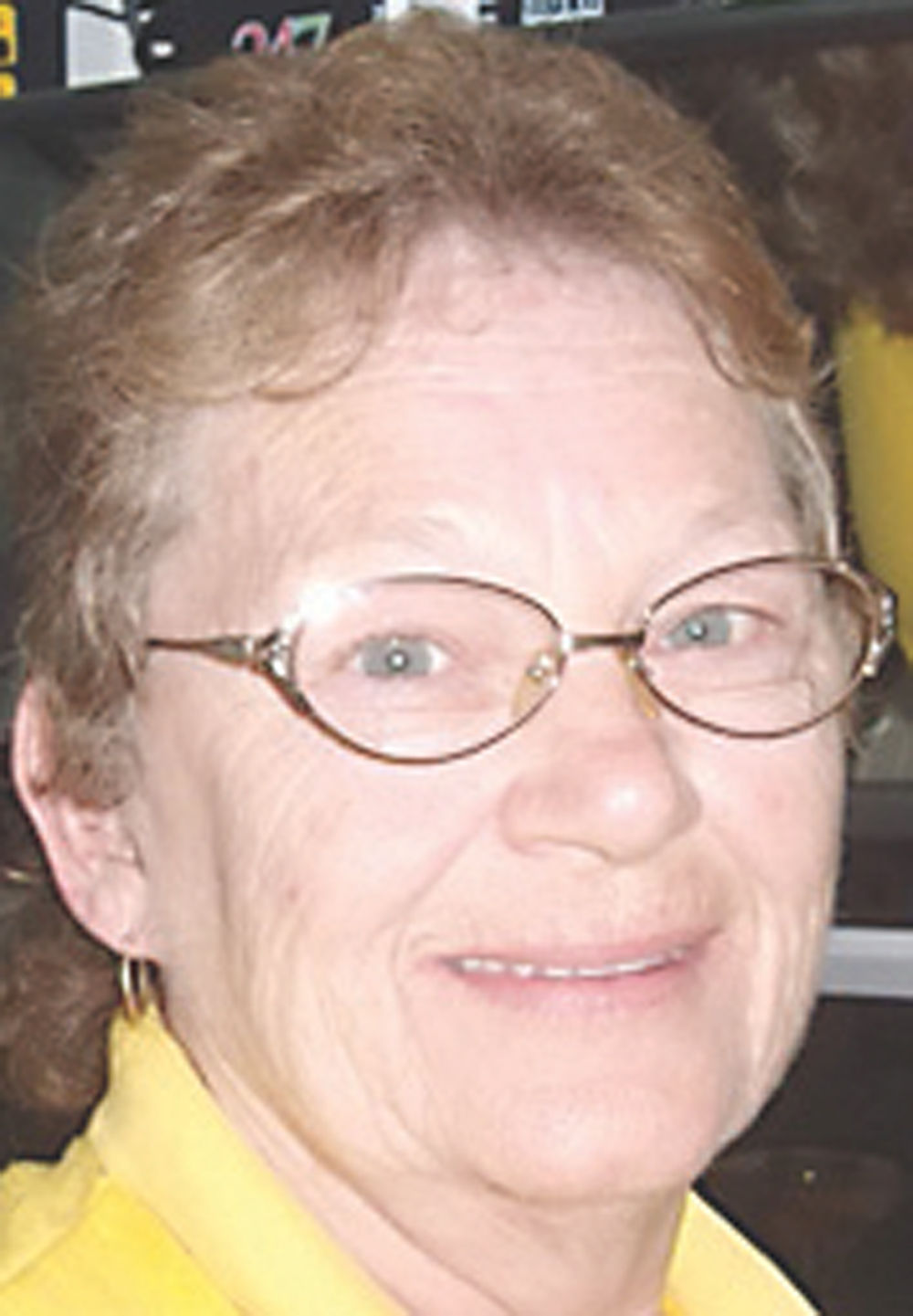 Diann Cosgrove, a second-grade teacher at Cresaptown Elementary School, leads an activity on Tuesday, the first day of school for students in Allegany County. Students were dismissed three hours early.

She knows this road.

In the winter, Shaffer’s treacherous route is sometimes used as a litmus test for whether or not to close schools.

“It doesn’t bother me at all,” she said.

Allegany County’s 8,700 students returned to school for a half day of classes on Tuesday, bringing to an end the summer of 2010.

By 7 a.m., buses were rolling into school parking lots from Frostburg to Flintstone, where teachers and administrators made sure everyone knew where to go on Day 1.

“Let me get you a bus sticker so you know what bus to get on today, OK?” said Beckie Clark, a reading intervention teacher at Mount Savage Elementary, where half a dozen teachers gathered by a back door around 7:25 a.m. to greet the first bus students.

Assistant Principal Jim Raley high-fived some of the younger children.

“How was your summer?” Raley asked one student, who grinned.

Getting 6,300 children from here to there involves a complex choreography of picking up and dropping off. And a whole lot of gas.

In a week, buses here travel far enough to circumnavigate the globe twice, he said.

“It’s not a small operation,” Walbert said. “Obviously, our biggest concern is safety, not just the safety of our students, but the safety of the motoring public.”

Not just anyone can drive a school bus.

Requirements in Allegany County include a commercial driver’s license, a passenger endorsement, a school endorsement and an air brake endorsement, as well as a biannual observation of driving skills.

“It’s a huge responsibility,” said Superintendent David Cox, who rode Shaffer’s bus on Tuesday to welcome students back. “They’ve got to operate a big machine, pay attention to road safety and pay attention to what’s going on inside the bus.”

Anna Lee Preston, who has driven a bus for Allegany County for more than 30 years, makes her rules clear with handwritten signs posted in the bus from front to back.

“I got the signs everywhere,” said Preston, 62. “No gum, no food, no drinks. No snuff or tobacco. This morning I had one who had her perfume out. I said, “Ohhhh! Whoa, whoa, whoa! Whoever has that perfume out — cough cough cough — put it away!”

Most students behave well, though there are always troublemakers, said Preston, who took a job driving after a divorce left her with two children to raise.

“I couldn’t afford a babysitter so I brought them on the bus with me, took them to school,” she said. She doesn’t mind rising before 5 a.m.

“You get up, you get your coffee, get your shower, do all that stuff,” Preston said. “Take the dog out, you know, tend to the grandkids, then be on your little way.”

Shaffer, who quit her job as an office manager several years ago to care for her ailing father, started driving a bus last December to bring in some extra income. She and her husband own Shaff’s Tavern in Mount Savage.

The daughter of a truck mechanic, who took road trips on rigs with her father, Shaffer wanted to drive.

On Tuesday, she cranked the engine of her bus around 6:20 and picked up children at her first stop at 6:55 a.m.

“Sit wherever we want?” one boy asked as he bounded aboard.

“Sit wherever you want,” Shaffer said.

Around 8:30 a.m., she was done with Day 1 dropoff — almost. Taking the hand of one overeager kindergartner with a pink backpack and ponytail, Shaffer walked into the office at Frost Elementary so administrators could call the girl’s mom.