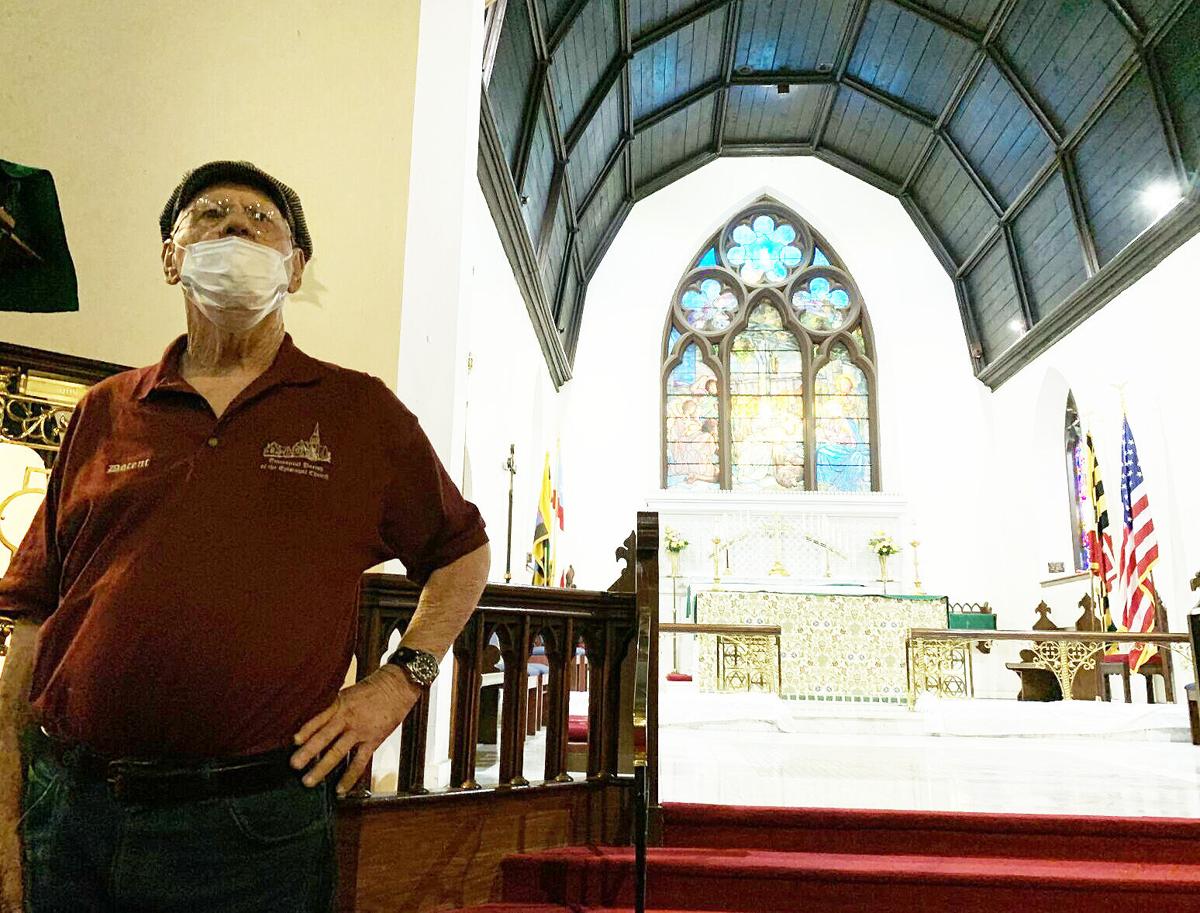 Mark Larson explains the history of the “Adoration of the Shepherds,” a stained glass window in Emmanuel Episcopal Church created by Louis Comfort Tiffany in the early 1900s. 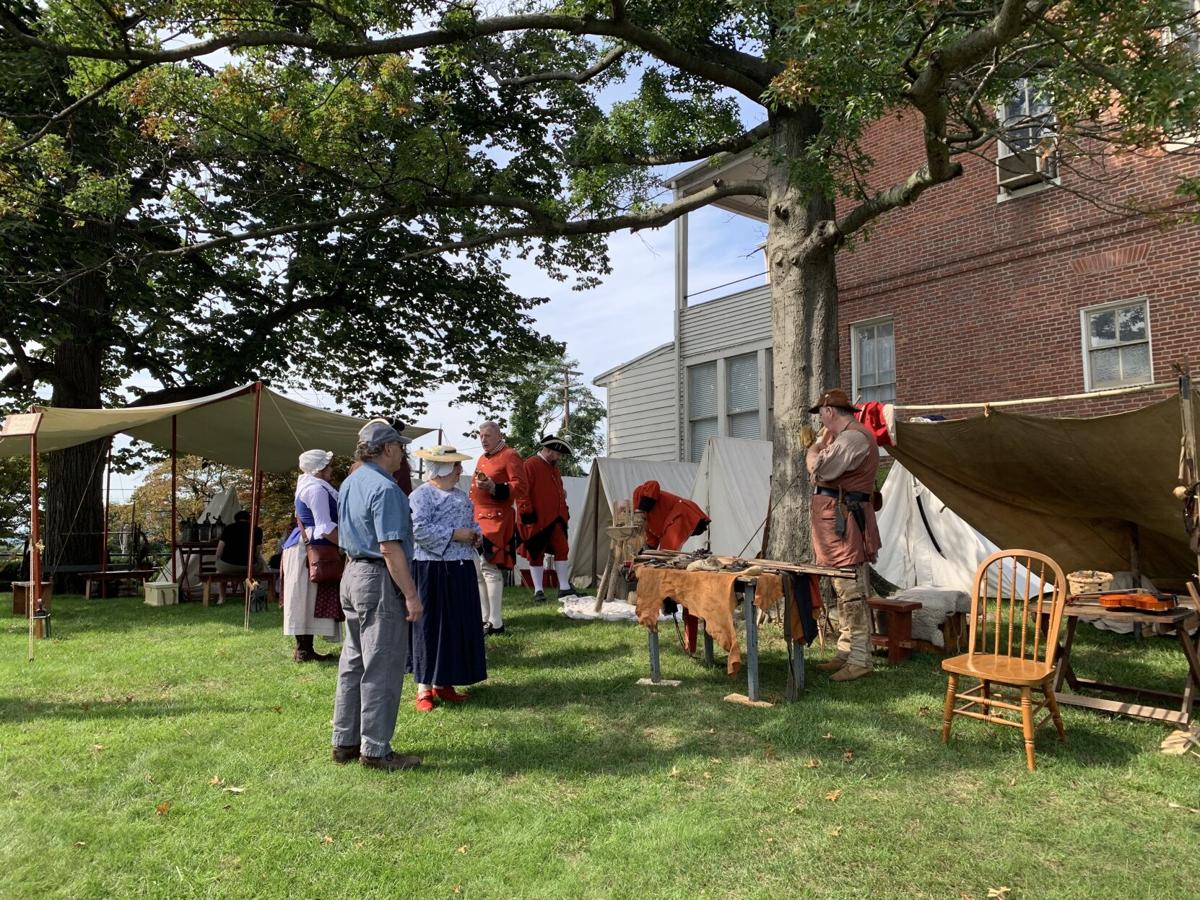 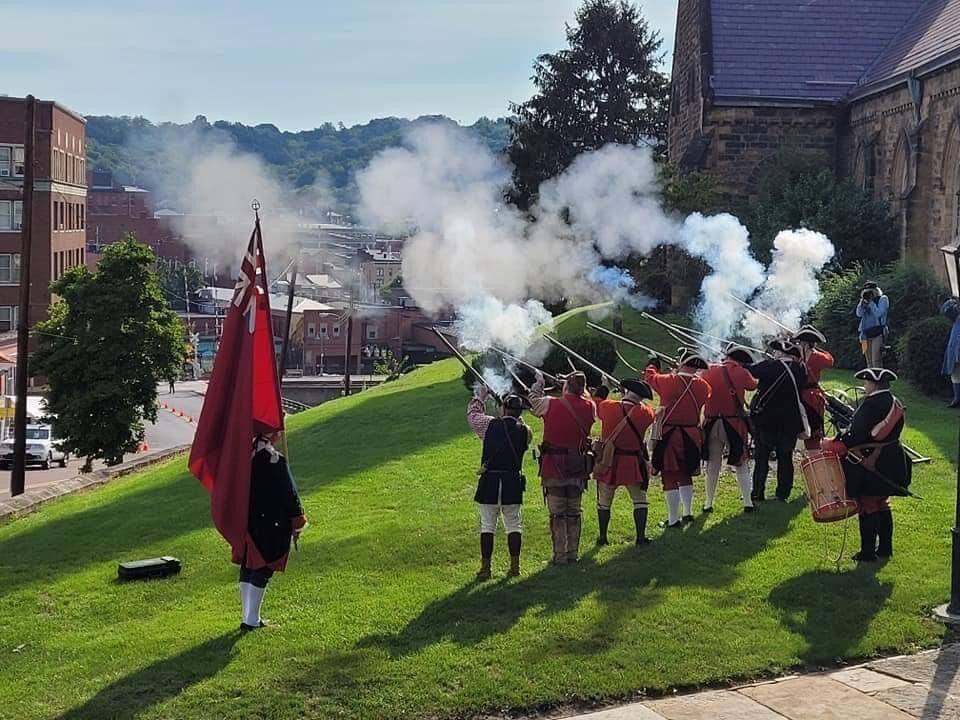 Mark Larson explains the history of the “Adoration of the Shepherds,” a stained glass window in Emmanuel Episcopal Church created by Louis Comfort Tiffany in the early 1900s.

CUMBERLAND, Md. — Heritage Days returned Saturday and with it came a reminder that the history of the city is rich and often just below the surface.

In few places was that long history more apparent than Emmanuel Episcopal Church, which brought back its annual tunnel tours that take the visitor through underground passageways, dating back to the days of George Washington’s younger years, even before the Declaration of Independence.

The tour opened with a visit to the Hoye House, the oldest house on Washington Street, which the church acquired in July and plans to turn into a visitors center, where Ron Growden showed off a model of Fort Cumberland, the fort Washington had a hand in building. The country’s first president was just 23 when the fort was constructed.

At its height during the French and Indian War, the fort housed around 5,000 people, with around half the inhabitants being soldiers, he said.

To avoid gunfire, trenches were built throughout the complex.

“We still call then the tunnels because they’re still here,” said Growden.

The tunnels, however, are one of the few remaining pieces of the fort, as it was abandoned in 1763 at the end of the war.

“My feeling is they needed wood, they saw the lumber,” said Mark Larson, a docent who gave the tour of the interior of Emmanuel. At that moment in history when the fort was declared surplus, logging and the moving of lumber was a difficult task and the wood used in the fort would have been easy pickings.

“Emmanuel Church, we believe, was one of the stops on the Underground Railroad,” said Larson, as the tour group stood in the tunnels of old Fort Cumberland under the church.

The parish feels certain that the tunnels were a stop on the route north for enslaved people fleeing bondage. The pastor at the time, the Rev. David Hillhouse Buel, was an abolitionist who would serve communion to enslaved people and the location is just a few miles from the Maryland-Pennsylvania border, he said.

Jump to 1901. The parish decided it wanted to renovate and reached out to famous American artist Louis Comfort Tiffany, to design for the church a stained glass window. That window became known as the “Adoration of the Shepherds,” based on a French painting of the same name.

Throughout the years they continued to work with Tiffany on various works of art. And in 1920, another stained glass window, the “Rizpah,” was commissioned to honor Elizabeth Lowndes, a suffragette. Due to the nature of the times, the men in the church scoffed at the idea of putting it up, until a high ranking member of the church agreed to come and bless it.

History expands to outside of the church, as well. From the yard overlooking downtown, one can see where Shanty Town, a den of all things illicit, used to exist where the Western Maryland Scenic Railroad now sits. The National Road started in Cumberland. The Congress of 1811 signed a bill making the city mile marker 0.

Back in the present, the church has secured $100,000 in grants to do an interpretive exhibit in the tunnels and $60,000 to turn the Hoye House into a visitors center, said Rev. Martha Macgill. They are also attempting to secure funding for a pandemic memorial, which would have an ever-burning flame.

Elsewhere along the street vendors set up shop, old cars and a bevy of trucks were there to be seen up close at Canal Place, the Western Maryland Scenic Railroad had its trains out and going — art installations and alcoholic beverages — and there was, of course, music, merriment and more.