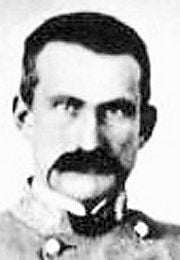 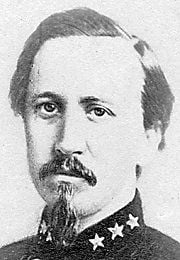 Keyser, W.Va., was strategically located during the Civil War. From atop the hill where Potomac State College now sits, a relatively small force of soldiers could protect the Baltimore and Ohio Railroad and see an enemy force coming 50 miles away in some directions.

While the Union was quick to occupy the city, it wasn’t always able to hold it. Confederate Rangers made quick raids against targets in the area. In fact, the first significant event for New Creek during the Civil War was when Confederates burned the bridge across the Potomac River near the city. By the end of the war, New Creek had changed hands between Union and Confederate forces 14 times. It was nowhere near the amount of times that Romney, W.Va., changed hands but it was enough to make New Creek residents uneasy.

To reinforce its position, the Union Army constructed Fort Fuller on the hill where PSC sits and the smaller fortified positions of Fort Piano and Fort Williams further out so that they could act as an early warning system.

“Fort Fuller, situated on a hill and in sight of our camp, is rapidly going forward to completion. It will be exceedingly strong when finished and will command this entire valley. Troops are pouring in here daily in large numbers from Ohio and other places. Our canvass is rapidly spreading over more territory, each day looking more warlike than the preceding one,” one soldier wrote tothe Reporter and Tribune newspaper in December 1862.

The fort’s walls were wooden and covered with sod. Platforms were constructed behind the walls where the batteries were placed. The fort had only one entrance, which made it easier to defend.

After the Battle of Folck’s Mill in Cumberland in 1864, Confederate Gen. John McCausland retreated with his men to Oldtown and then across the Potomac River to Springfield, W.Va. The army was allowed to rest there and McCausland also received reinforcements.

McCausland’s men had burned Chambersburg, Pa., but had been thwarted from taking similar actions at Hancock and Cumberland. Now refreshed, McCausland still wanted to inflict some damage on the Union. He chose New Creek as his target.

The Confederate Army began its attack around 1 p.m. on the outskirts of New Creek with a ferocity that drove the Union Army back into town toward Fort Fuller.

“There seemed to be no end to their numbers. They advanced in solid column until they reached a point about one mile from the fort, when they formed in line of battle stretching from the foot hills on our right to the mountain range on our left,” according to Private Joseph Stipp, one of the soldiers with the 154th Ohio Volunteer Infantry.

Col. Robert Stevenson, commander of the 154th, sent a dispatch to Gen. Benjamin Kelley, who was in command of the Union forces at Cumberland. It read: “We are attacked. The force is more than McNeill. They have infantry, cavalry, and artillery.”

“McNeill” referred to McNeill’s Rangers, a Confederate unit that made attacks in the region. The force was rarely more than 100 men. The small size allowed the company to attack quickly and then retreat.

Kelley sent a dispatch back that read, “Put your force in position and fight to the last. I will send the Eleventh to you.”

The fighting continued and the Union held its ground. Around 4 p.m., four companies of the 11th West Virginia Volunteer Infantry arrived and joined the battle to the cheers and shouts of the defenders in and around Fort Fuller.

The fighting continued until darkness fell. Realizing that they did not have a large enough army to take the city, the Confederate Army left, heading toward Moorefield, W.Va. It was a welcome sight that greeted the Union defenders in the morning.

“The very first dawn of the morning’s gray light found us all on the alert waiting for some demonstration of the part of the enemy. Our feelings can better be imagined than described when we found the enemy had retired from our front and were nowhere to be seen. They had most gloriously repulsed and defeated, and were now seeking a more congenial clime,” Stipp wrote.