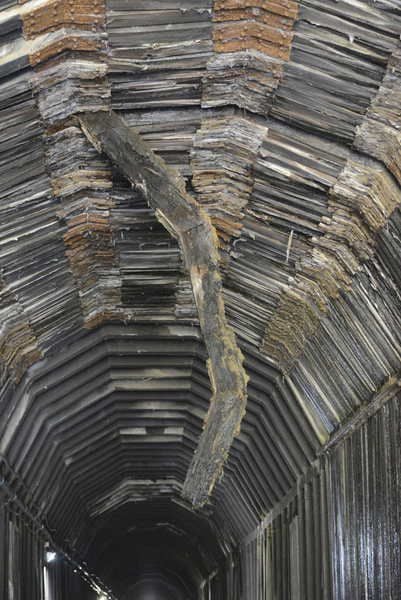 The wood beam was found hanging from the tunnel’s ceiling Wednesday morning. 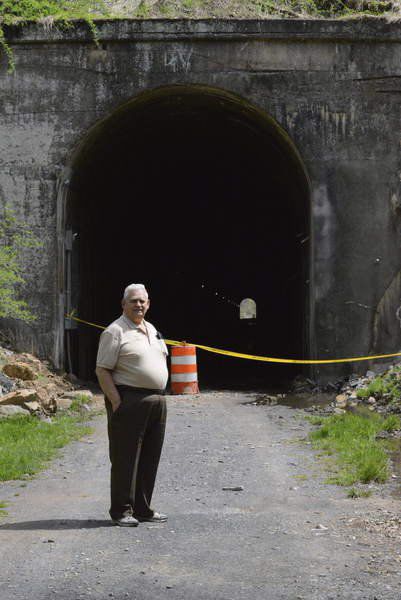 Carpendale Mayor Dwight “Casey” Lambert stands in front of the Knobley Tunnel, which was closed for repairs in April. (CTN file photo)

The wood beam was found hanging from the tunnel’s ceiling Wednesday morning.

Carpendale Mayor Dwight “Casey” Lambert stands in front of the Knobley Tunnel, which was closed for repairs in April. (CTN file photo)

CARPENDALE, W.Va. — The Knobley Tunnel, a portion of the Knobley Tunnel Trail that connects Carpendale to the C&O Canal towpath, is closed until repairs can be made to a wooden beam found hanging from the structure’s roof Wednesday morning.

“We immediately blocked it off and called the contractor, Carl Belt,” Mayor Dwight “Casey” Lambert said. “If it’s anything major, we are going to have to keep it closed until we can get financial help.”

There was no estimate on what repairs might cost.

Lambert said someone passing through the tunnel noticed the beam out of place and notified officials at Town Hall.

The beams line the 1,500-foot structure.

He said that a beam would need to be custom made and the town may need to obtain grants to pay for repairs.

“This is the first time that we have had a major issue with the tunnel since it was deeded to the town in 1992 by the railroad (CSX),” Lambert said.

Lambert estimated the 100-year-old beam to be 12 feet long.

A representative of Carl Belt Inc. inspected the tunnel and suggested that Lambert contact SPECS, Inc., consulting engineers and surveyors of Cumberland. As of Wednesday afternoon, Lambert was waiting to hear back from that company.

“I know people are going to be unhappy about the tunnel being closed. I just don’t want to take any chances — it’s a safety issue,” Lambert said. “I just ask that people please be patient with us until we get it fixed — we don’t know how long that will be.”

The tunnel is blocked off on each end.

Lambert said he hopes the tunnel is reopened by Knobley Tunnel Trail Day, which will be held July 27.

FLINTSTONE — Patricia Ann Self, 85, of Flintstone, passed away Friday, Jan. 14, 2022, at Cumberland Healthcare Center. Born June 29, 1936, in Keyser, W.Va., Miss Self was the daughter of the late Alvin Frank Self and Helen Ruth (Somerville) Self. She was also preceded in death by a brother, …