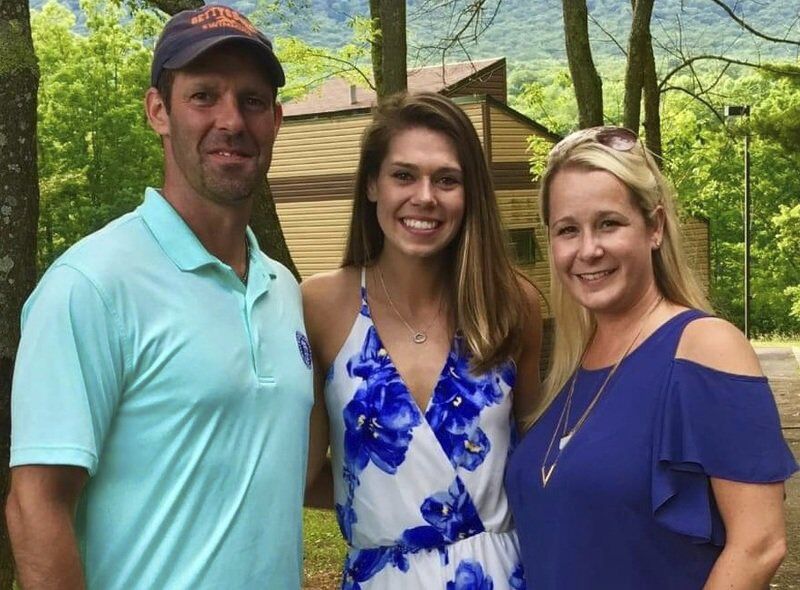 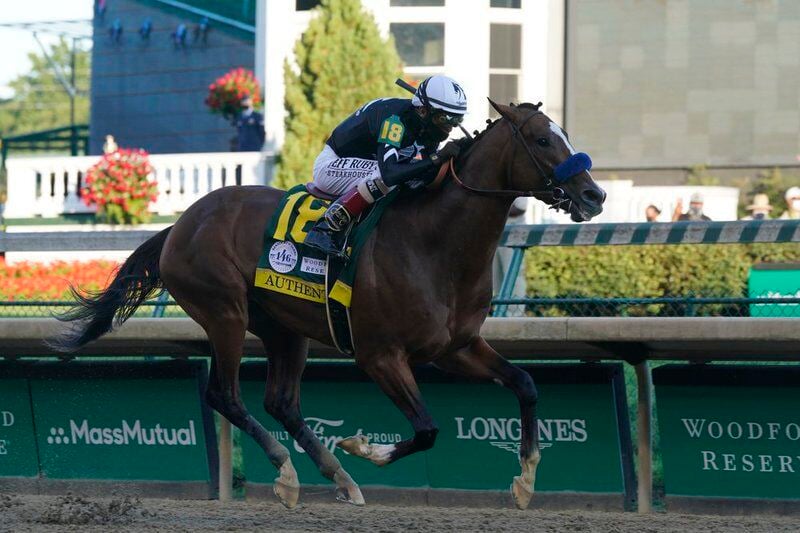 FROSTBURG — A few months ago, Lionel Baker and his girlfriend Arin Markwood were on a trip to visit his daughter in Nashville when horses, along the scenic drive through Kentucky, inspired them to take a gamble.

On a whim, the Frostburg couple decided to become racehorse owners.

After some online research, Baker, Markwood and Baker’s daughter Carlin Baker joined a group via MyRacehorse.com and bought microshares into two thoroughbreds.

Earlier this month, one of the horses, a 3-year-old colt named Authentic, won the 146th Kentucky Derby at Churchill Downs.

“Believe me I’m no horse expert,” Lionel Baker, 51, said. “It was more luck than anything.”

The trio set a budget of how much money they were willing to invest and “each came up with a couple thousand dollars,” he said.

In addition to race winnings, horse ownership can lead to potential breeding profits down the road.

Lionel Baker said they won enough money to pay for their investments, but he is not quitting his day job at Allegany Driving School, which he owns.

Owning shares of a race horse “is not so much about the money,” he said. “You’re part of something that’s historic.”

According to the Associated Press, Authentic is co-owned by MyRaceHorse Stable, whose 4,600 participants include Los Angeles Dodgers pitcher Walker Buehler and former Olympic skier Bode Miller. They paid about $206 each for a share.

Also part of Authentic's ownership is Spendthrift Farm, the racing operation of B. Wayne Hughes, 86-year-old founder of Public Storage.

“Authentic kicked away from heavy favorite Tiz the Law … without the usual crowd of 150,000 on hand at Churchill Downs for the first time because of the coronavirus pandemic,” the AP reported.

Lionel Baker saw the Kentucky Derby, which was televised, at the Cumberland Democrat Club.

“Just the thrill of watching the race was very, very exciting,” he said. “It was just a unique, thrilling experience.”

When it came to investing in a racehorse, Carlin Baker’s first questions was, "Will I end up rich?"

She soon learned the experience was about more than money.

“It’s a fun and exciting investment that makes you feel like you have a legitimate connection to the race,” Carlin Baker said via email. “I usually don't have a favorite horse or one I'm rooting for before the race starts, so it was even more exciting to watch the Kentucky Derby this year.”

She saw the broadcasted race at her apartment in Nashville.

“The race happened so quickly, and I was holding my breath the whole time,” Carlin Baker said. “It was almost unreal to me that Authentic won the race. I was surprised and excited, and I called my dad right away to celebrate.”

Now, Authentic is set to compete in the Preakness Oct. 3 at Pimlico Race Course in Baltimore.

Because of the pandemic, the event will be held without spectators.

“I don't want to jinx it, but it looks like the odds are in favor of Authentic,” Carlin Baker said. “We'll be hoping for another exciting win.”

She said the racehorse investment has been exciting.