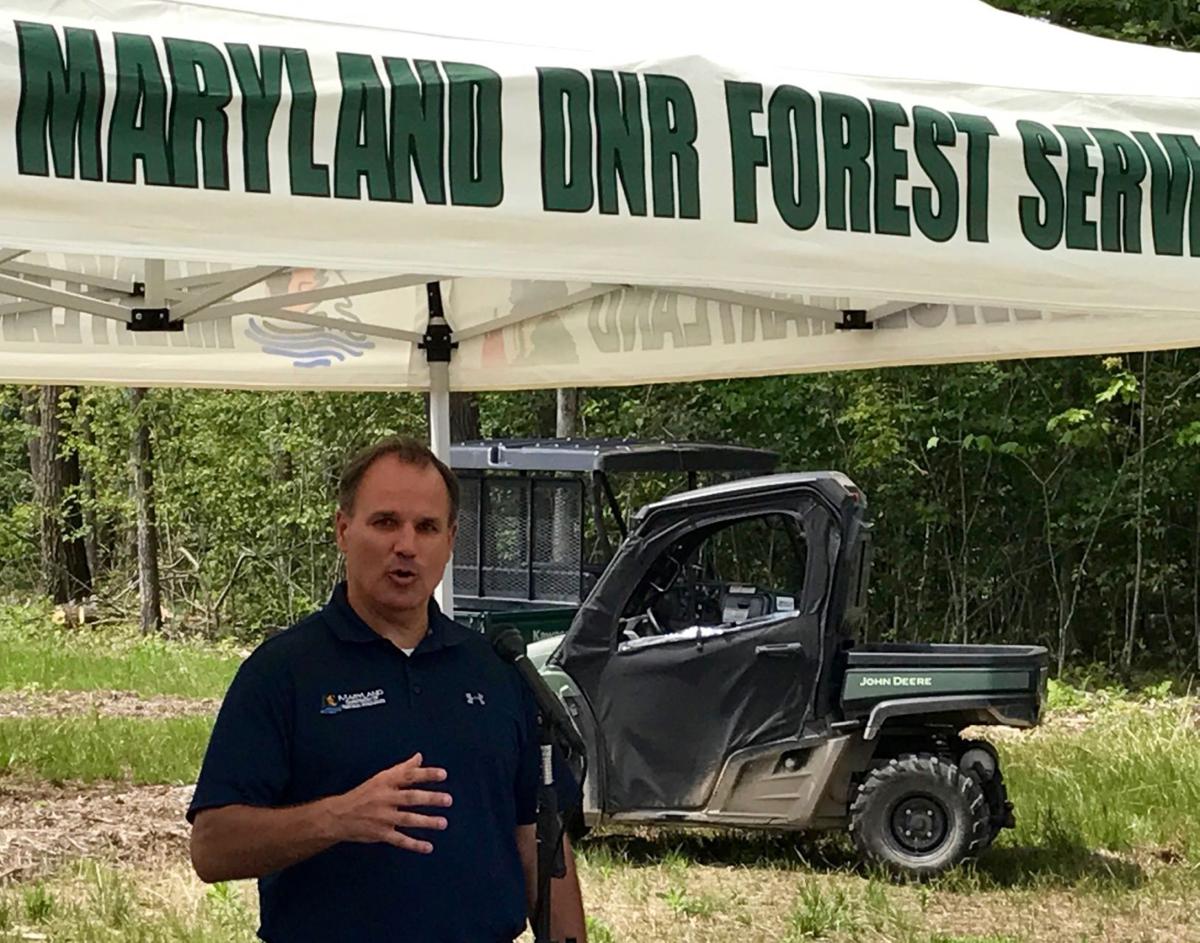 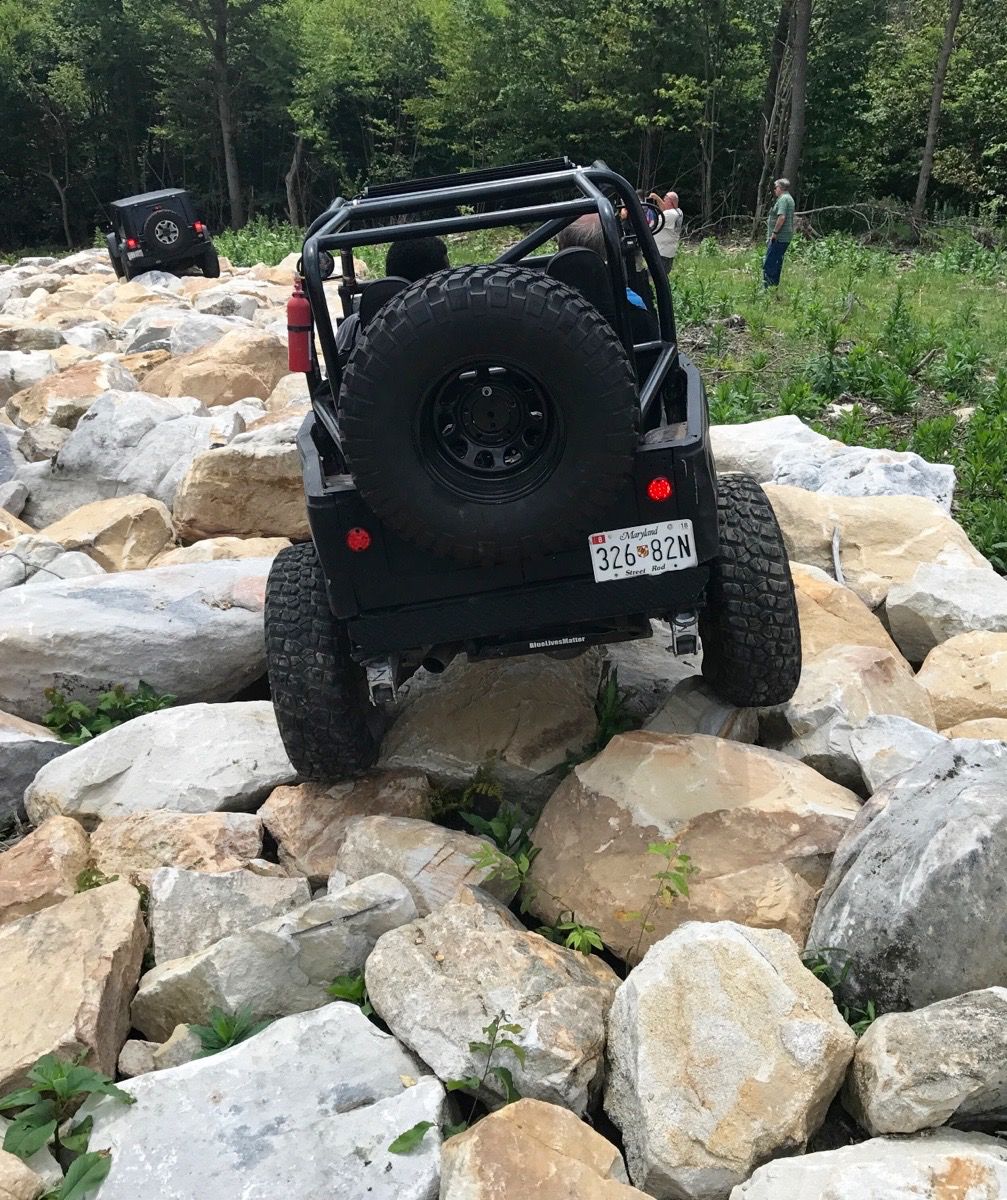 The Rock Crawl is expected to be a popular aspect of the St. John's Rock ORV Trail that was dedicated on Friday, July 21, 2017, on Savage River State Forest in Garrett County. (Photo by CTN - Mike Sawyers) 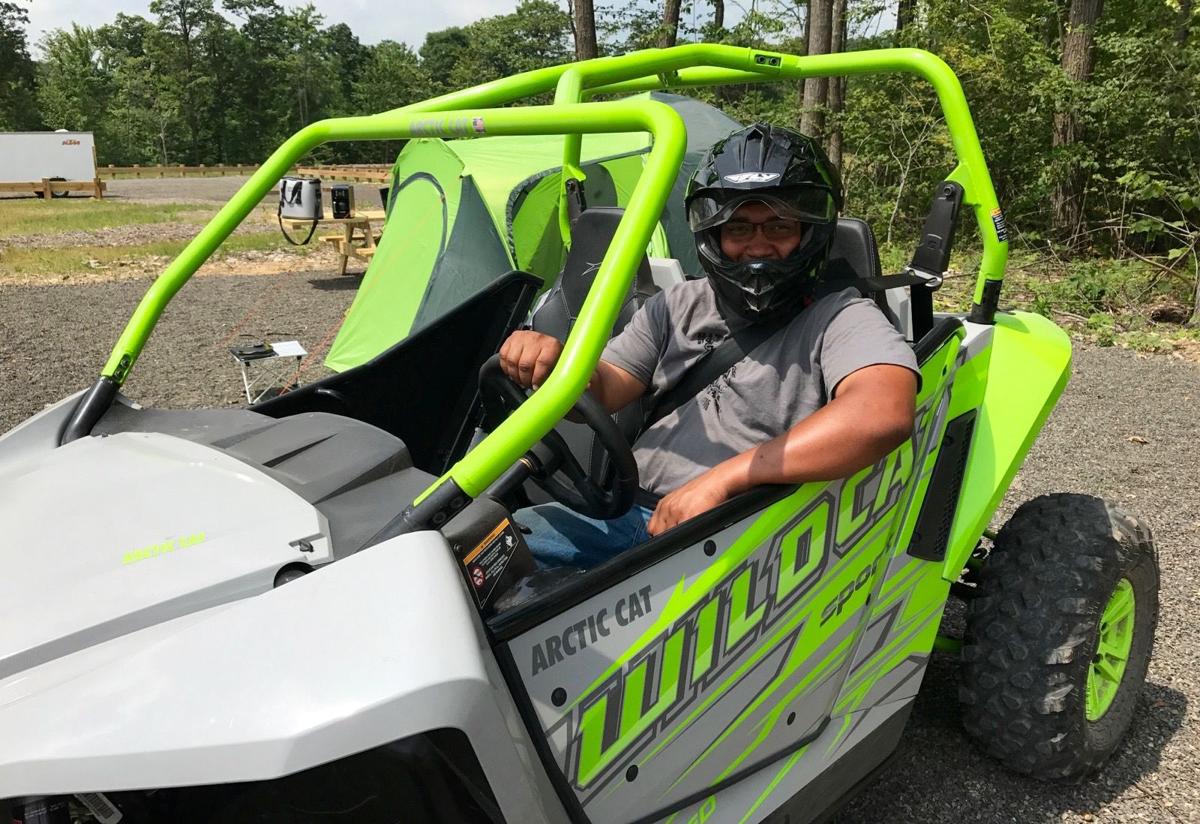 Maxwell Anthony of Randallstown was one of the first to reserve a day for riding his off-road vehicle on the St. John's Rock ORV Trail -- dedicated on Friday, July 21, 2017 -- that will open to the public on Saturday. (Photo by CTN - Mike Sawyers) 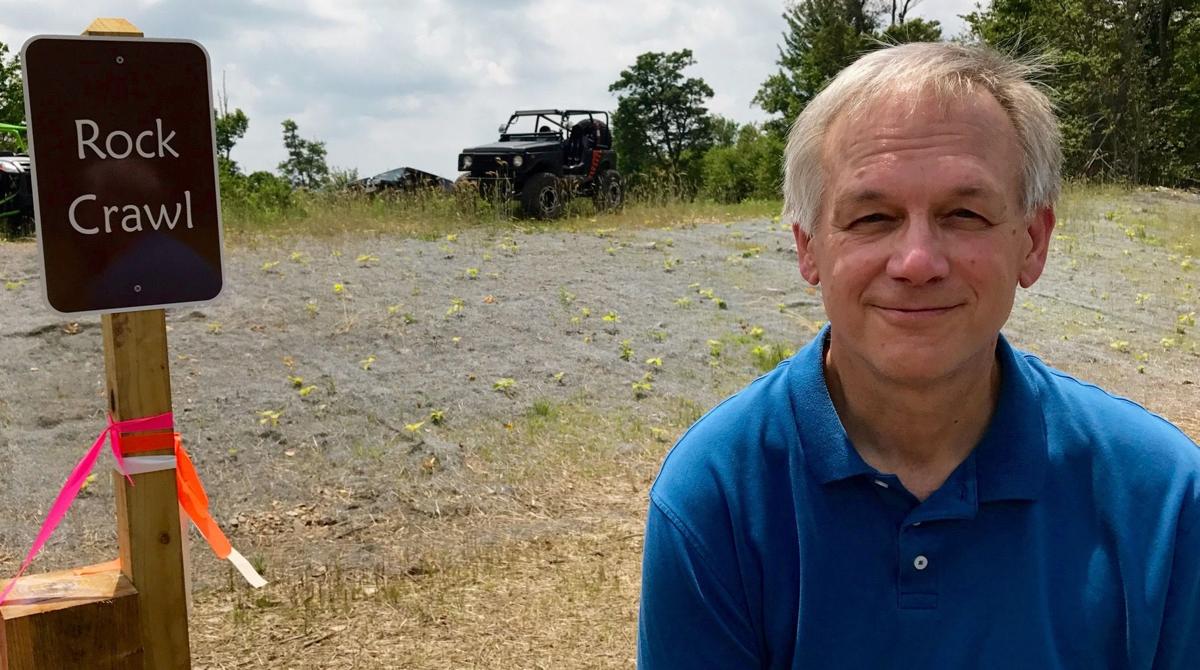 Ken Kyler, of the Maryland OHV Alliance, says he wondered if he would see the day the Maryland Department of Natural Resources opened a trail on public land for users. Friday, July 21, 2017, is that day. 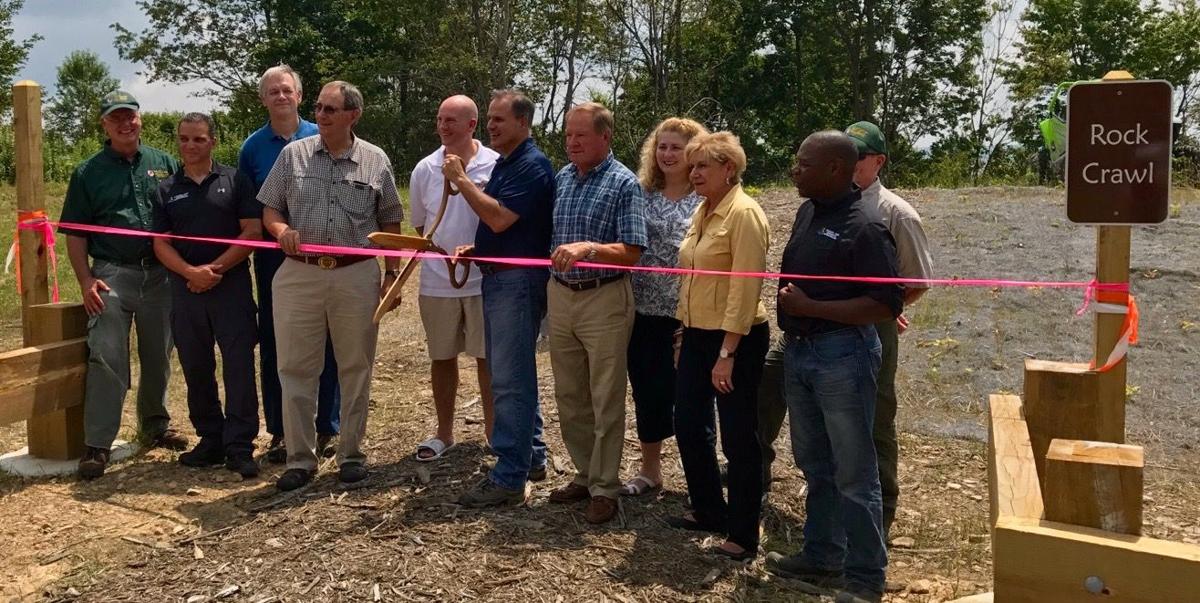 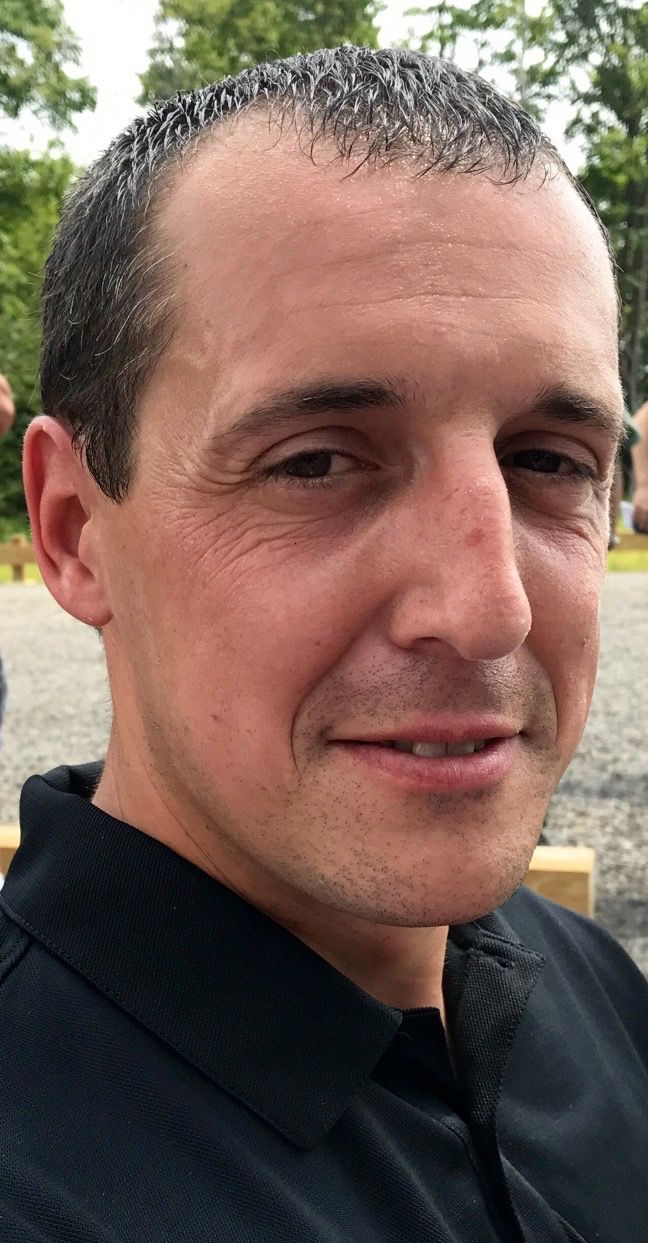 FINZEL — It took six years, but, on Friday on the Savage River State Forest, the Maryland Department of Natural Resources kept a promise to off-road vehicle users by dedicating a new trail.

The St. John’s Rock ORV Trail offers 12 miles of riding for a variety of rough-country vehicles. The new trail and campground lie just south of Interstate 68 and are reached by taking the Finzel exit.

In 2011, the telephones of DNR officials and elected representatives started ringing when the agency closed two popular ORV trails because of environmental damage. One was on the Green Ridge State Forest in Allegany County and the other on the Savage River State Forest.

“I never thought this would happen,” said Ken Kyler of the Maryland (off-highway vehicle) Alliance. There were times when I regretted even getting involved, but everybody made it work.”

Kyler, an avid ORV user, said he is pleased he can drive from his home in Frederick County to the Garrett County trail instead of having to travel to reach trails in other states.

Kyler said the ORV community, by way of industry grants, provided $30,000 to the project.

Company owner Brian Schroyer said he isn’t an ORV user, but will come to the trail just to watch others ride on his creation, which he called a combination of engineering and creativity.

“We started making the trail on Oct. 31 and finished on Wednesday,” Schroyer said.

Use of the trail will be strictly regulated. Belton said that is necessary to ensure a good experience for the riders.

Reservations must be made online by way of the DNR’s website.

Sen. George C. Edwards (R-Garrett) on Friday said the trail will bring people to the eastern part of the county, and local businesses can figure out how to capitalize on that.

Garrett County Commissioner Paul Edwards said the trail diversifies the county’s tourism portfolio and is important because it provides recreation in a location away from Deep Creek Lake.

The new trail is the first of its kind in the state.

Belton said DNR plans to model the teamwork -- of regulators and users that created the trail -- for the construction of trails in other parts of Maryland.

Are you spending some porch time this summer? Here is a companion for you. Enjoy. https://t.co/R9kVuqX5PU pic.twitter.com/0DxG0AQFAM

Chloe the Girl Doggie knows the answers to life's questions. Where did we come from? Where are we going? https://t.co/z3ngpygMUe #Doritos pic.twitter.com/F2lGCHyv4J

From 1974 through 1987, the Maryland Department of Natural Resources released ducks that were reared in captivity onto various waterways throu…