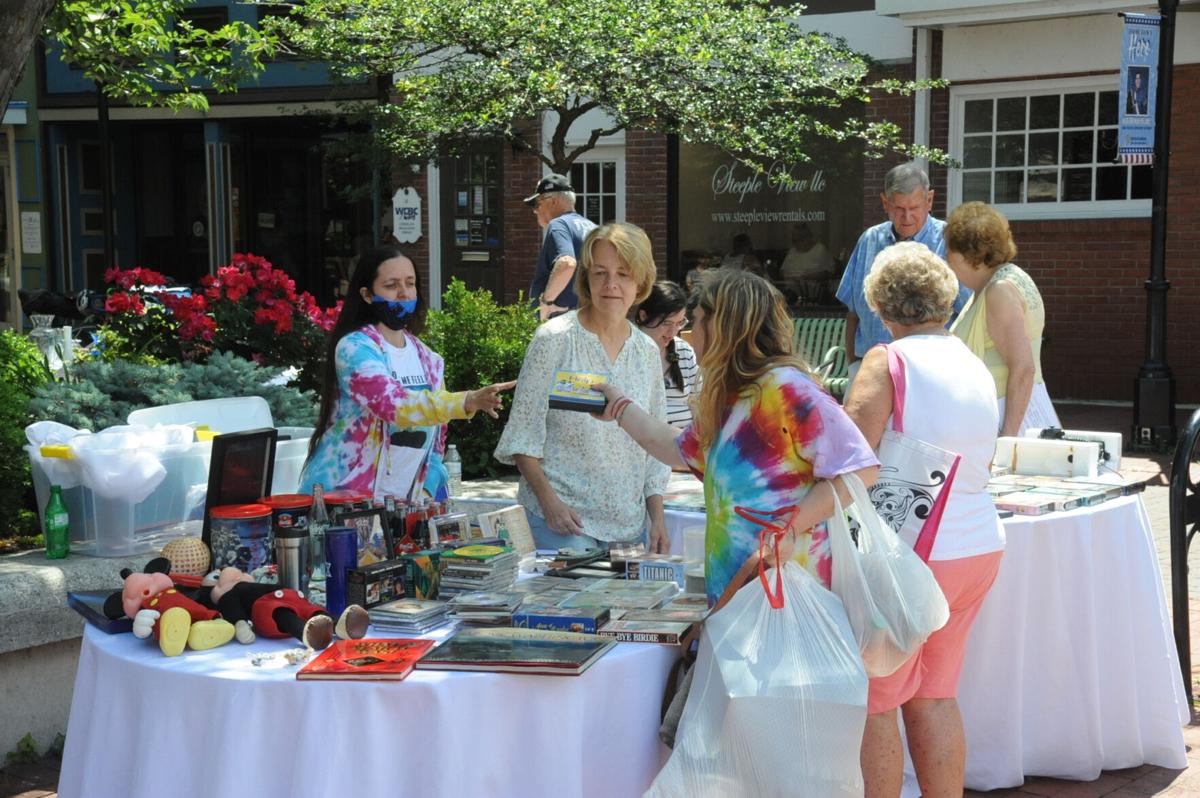 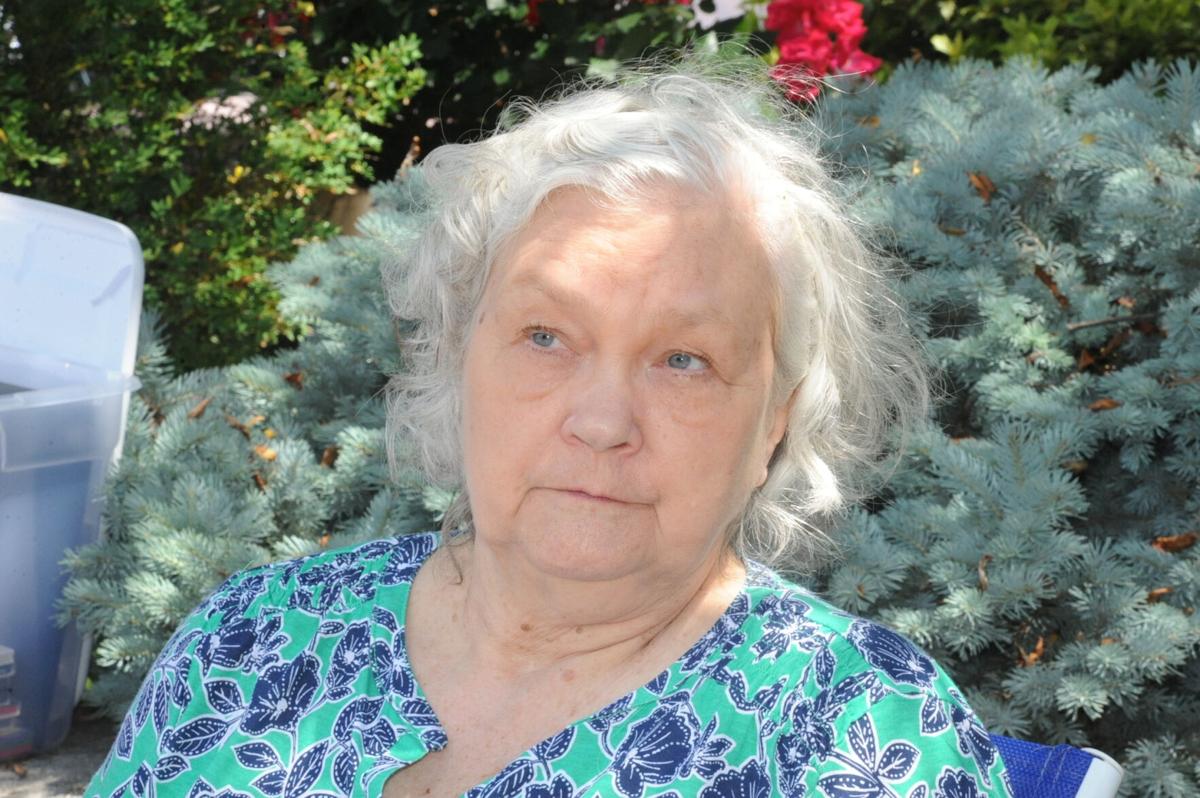 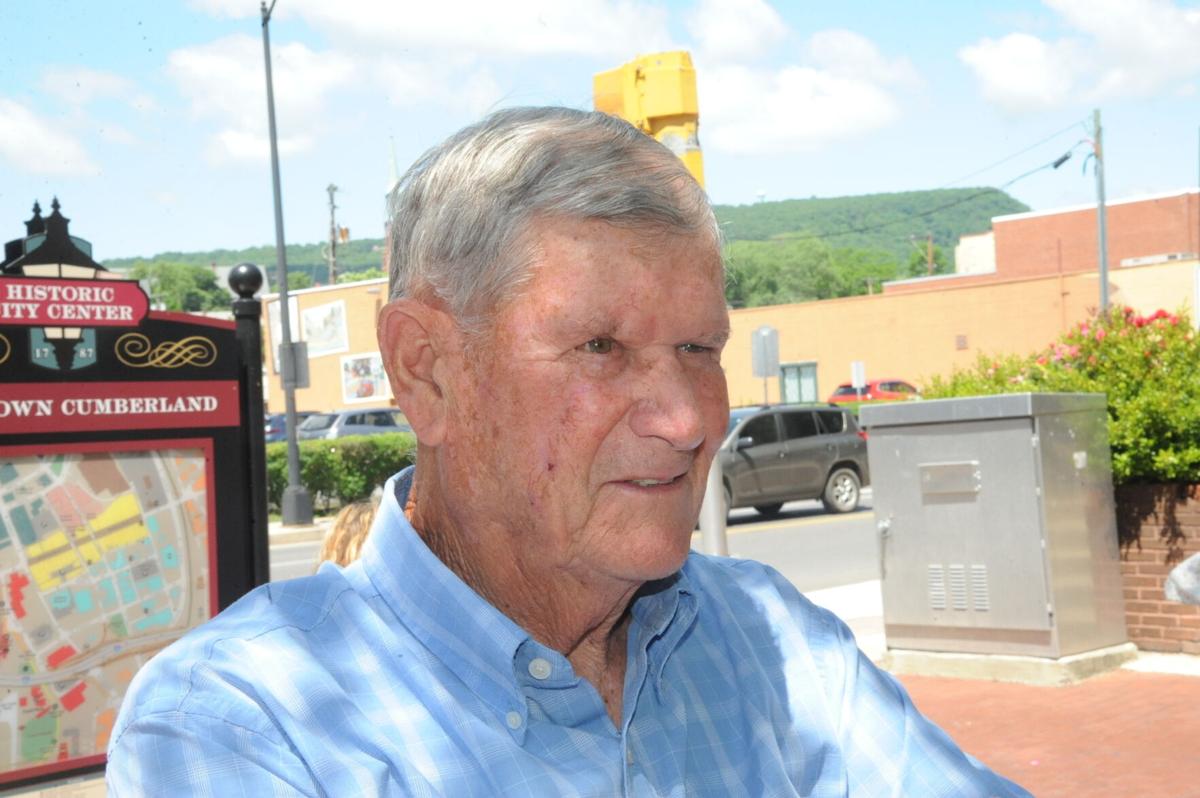 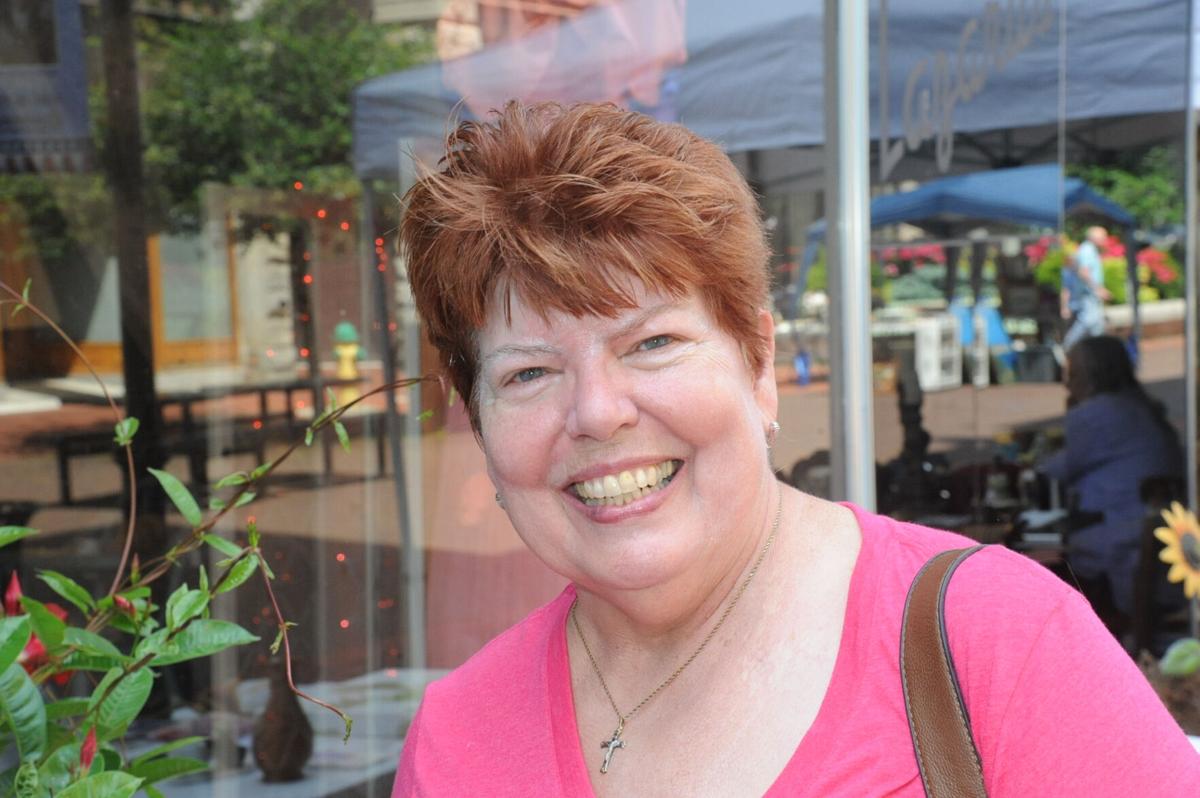 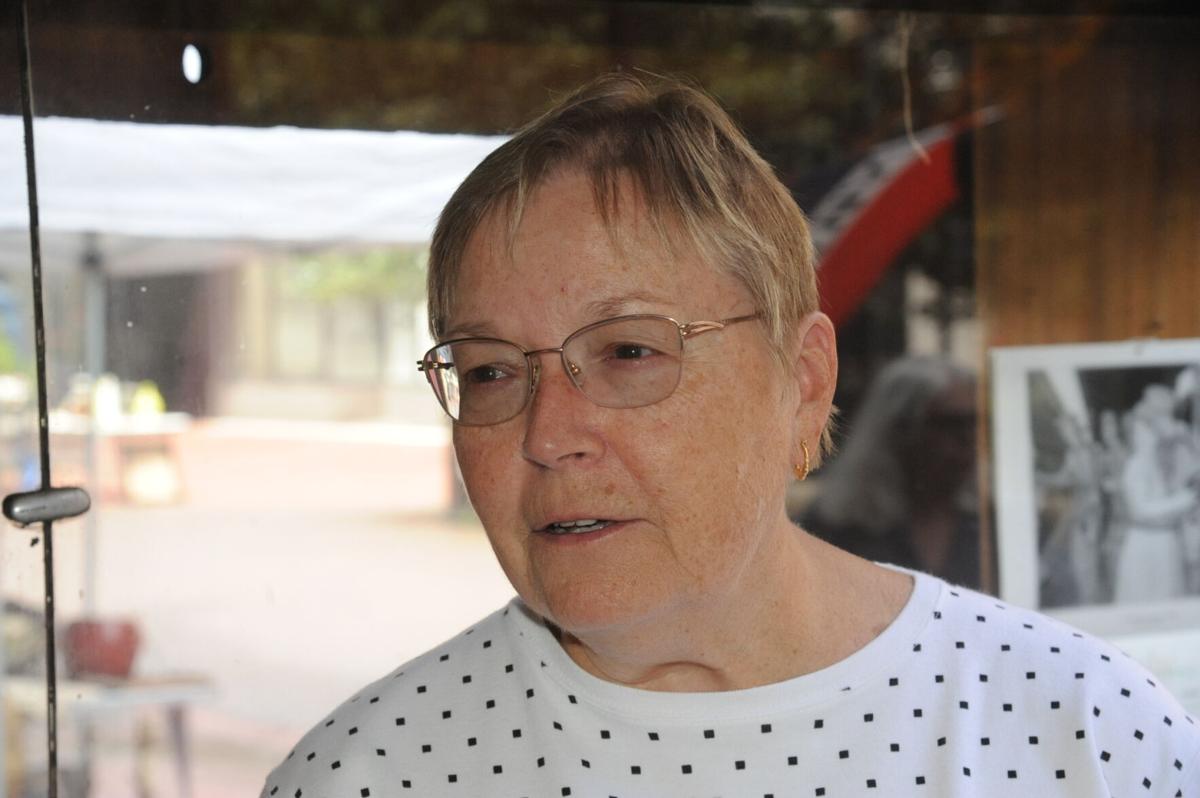 Rather than in rain as she had feared, shoppers strolled in the sunshine on the Baltimore Street pedestrian mall Friday, combing the outdoor stalls and store shelves for deals as part of the National Road Yard Sale.

“I’ve been checking every day for a week,” McClarran said as she sat outside the Fort Cumberland Emporium, “but then it turned out OK.”

The event, which runs all weekend, encourages communities along the more than 820-mile National Road from Indiana to Cumberland to have merchants set up for a weekend that encourages visitors to both come and see the sights and possibly enjoy some unique finds in their stores.

Friday was the first day for the event in Cumberland. The sale will be open through Sunday from 8 a.m. to 4 p.m., and McClarran expects to have more vendors set up over the weekend. There will also be live music Saturday afternoon, and some food trucks will set up shop as well.

“We haven’t done it for a while. It’s nice to have some energy downtown,” McClarran said. “Since we’re at the beginning of the National Road, it made sense that we celebrate it. I think with everybody wanting to get out a little bit more, all the issues we had last year, it just made sense to start doing these kind of activities downtown.”

Julie Angstadt, a Reading, Pennsylvania, woman visiting the area for the weekend, said that she and her husband came to Allegany County originally to check out Rocky Gap Casino Resort.

While in town, they plan to take a trip on the Western Maryland Scenic Railroad on Saturday, Angstadt said, and decided to peruse the yard sale while milling around downtown Cumberland.

“Whenever we’re going somewhere, we always look for new things to see,” Angstadt said. They’d had some success hunting among the assembled vendors for deals, too, Angstadt said, hoisting a string of bright yellow beads she’d found and pointing to the 3-foot tall vintage Santa yard art her husband held.

Bonnie Boswell, one of the eight vendors operating out of the Emporium, said she thinks their participation is “a great idea.” Although local participation in the yard sale didn’t begin until Friday, Boswell said she was pleasantly surprised that the store was “a zoo” on Thursday.

“Today and tomorrow, we expect it to be more busy than it is now. It’s been nice,” Boswell said. “I’m surprised how many people are here.”

At the front of the mall near the Mechanic Street entrance, Let’s Beautify Cumberland! and Cumberland Garden Club members manned a joint table featuring items donated to them for sale by fellow folks in the clubs and members of the community, members Dave Roche and Ginny Decker said.

Among the items up for sale were videos and DVDs, home goods, Coca-Cola collectibles and even a vintage CB radio. Decker said the Coke items had proven quite popular so far.

“There’s a little bit of everything people need,” Roche said, saying the day represented a good opportunity for “community service.”

“We’re doing something all the time,” said Roche, who for LBC! helps maintain the area by George Washington’s cabin and the Blue Bridge.

“We’re going to use the money for beautification projects,” Decker said. “It’s been steady. I’m surprised at the amount of people downtown.”