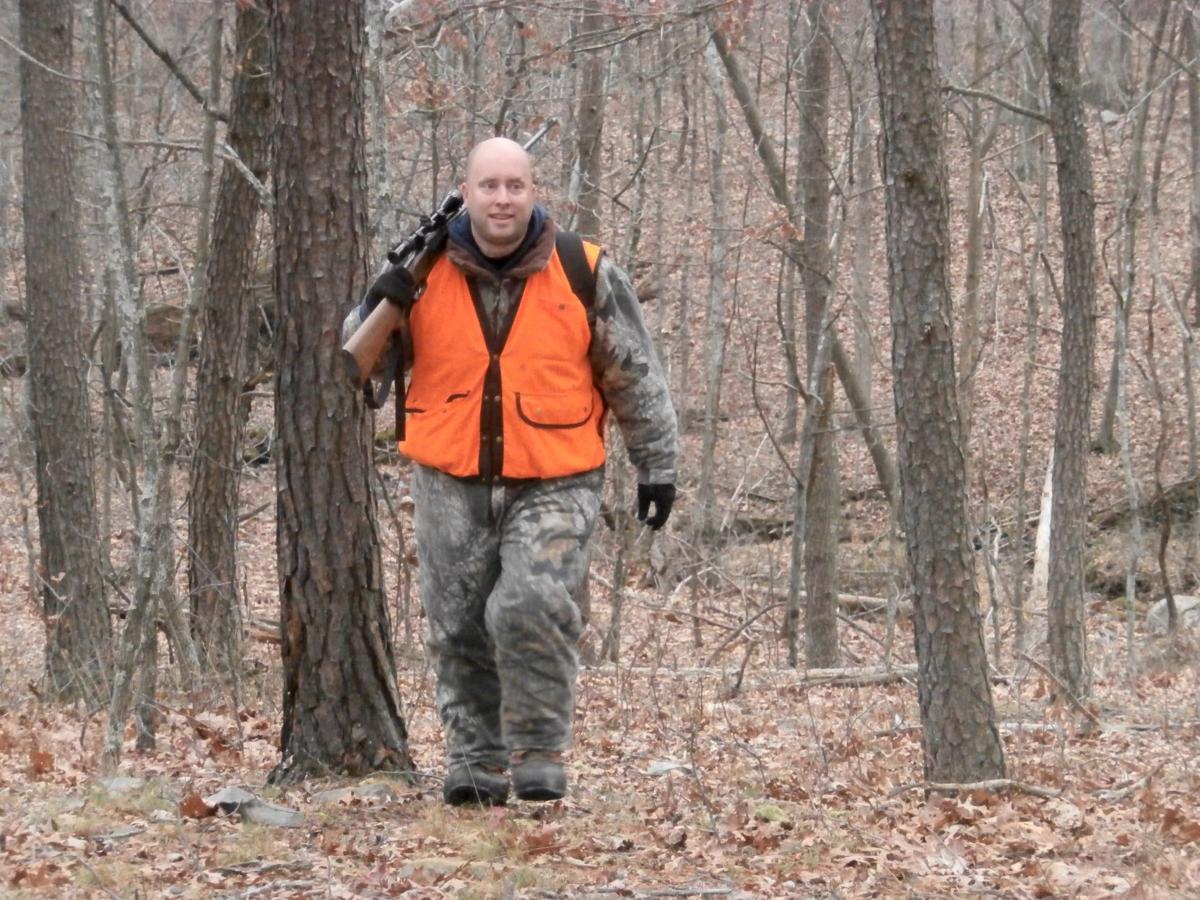 This coming hunting season, Maryland landowners will be required to wear blaze orange during seasons when it is required of others. 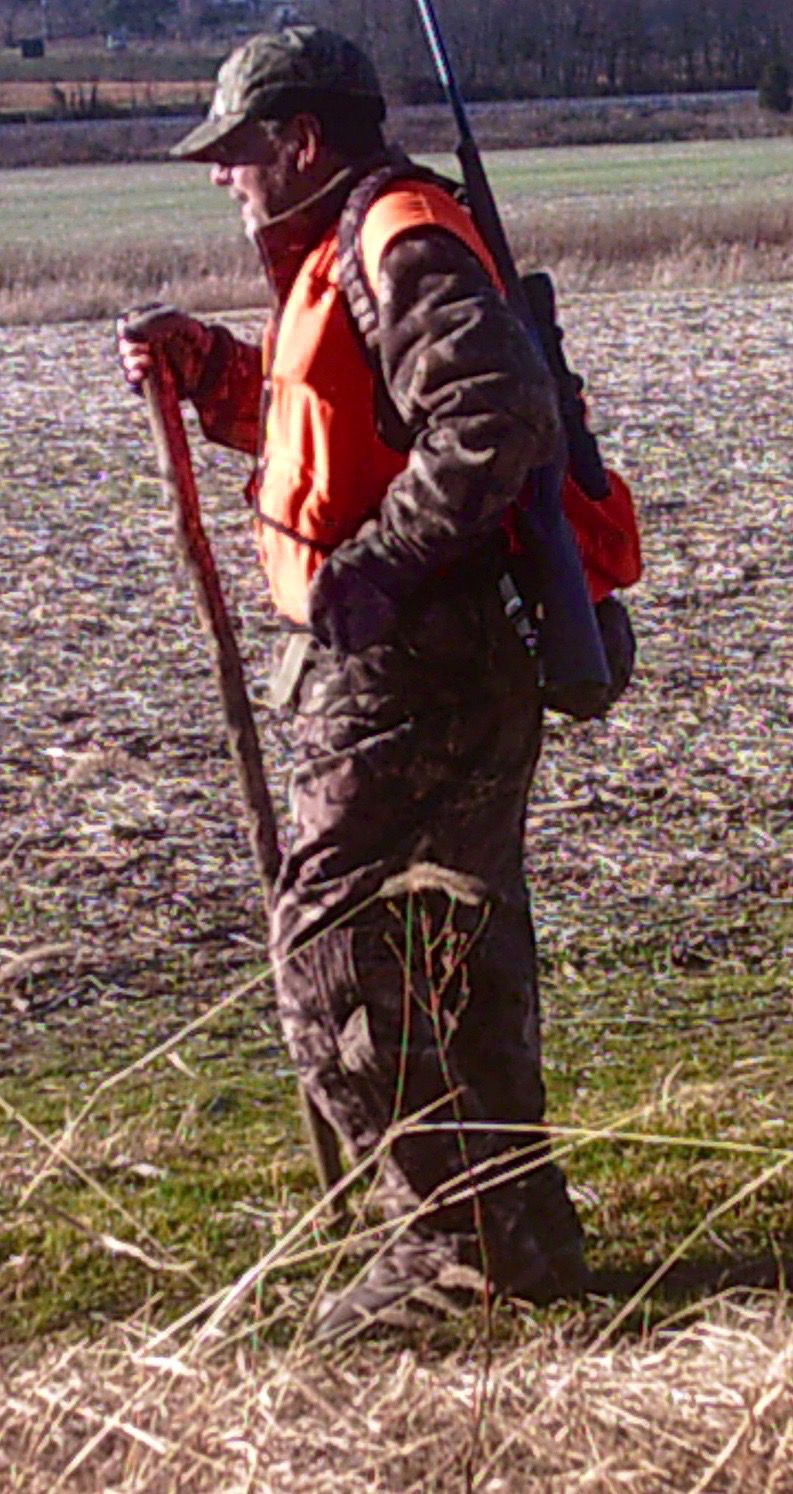 Many landowners who hunt do so on their own agricultural properties.

Squirreled away in House Bill 126, that made a successful journey through the Maryland General Assembly this year, was wording that requires landowners to wear blaze orange even while hunting on their own properties during the appropriate firearm seasons.

The bill was submitted at the request of the Department of Natural Resources.

Until now, landowners had been exempted from the garment rule.

Edward Robinette Jr. is president of the Allegany County Farm Bureau. He said on Thursday that he wasn’t aware of the new regulation and believes that the information has not yet filtered down to local farmers.

“But, speaking for myself,” Robinette said, “I wear it.”

“I always wear orange when I go into my woods to hunt deer,” Robinette said. “I don’t wear it when I’m out tending the cows, but then I’m usually in a field and not the woods.”

The new regulation applies not only during the deer firearms and muzzleloader seasons, but during seasons for squirrel, grouse and rabbits as well.

Joe Schroyer, a Garrett County resident, is also a member of the Maryland Wildlife Advisory Commission, a citizen group that advises the state's Wildlife & Heritage Service.

Schroyer said the commission reviewed HB 126 during the legislative session, but the orange wording must have slipped by that group as well.

“I don’t remember that part of the bill,” Schroyer said.

But, like Robinette, Schroyer believes wearing orange is a responsible action.

“You might own 500 acres, but if you are hunting near your fence line without wearing orange then that’s nuts,” Schroyer said. “Your neighbor may have no idea you are there and could shoot in that direction. I don’t see a problem with it. Why put your life at risk?”

Schroyer said he knows landowners who wear orange during hunting season even when they go outside to cut wood.

Colby Ferguson, government relations director for the Maryland Farm Bureau in Davidsonville, said the bureau was unaware that the orange regulation was proposed during the General Assembly session.

Ferguson points out, however, that until this year, only the landowner was exempt from wearing orange.

“If you were a son, grandson, spouse, employee or farmer renting the ground, you were already required to wear orange. All the bill did is remove the exemption for the owner of the property,” Ferguson said.

"Our people came to the conclusion that it just didn't make sense to require everybody in the landowner's hunting party to wear orange, but not the landowner," said Stephen Schatz, DNR's director of communications.

"We understand that it is apparently a surprise to some folks, but the emphasis this year will be on education about the change and not on enforcement," Schatz said.

MOUNT SAVAGE — The folks at Evergreen Heritage Center had two problems, but one of them turn…

Three days apart, two bears died at the same spot on a Maryland highway, according to Claris…

Only one black bear has been struck and killed on the state's highways recently, according t…

SWALLOW FALLS STATE PARK — Divers in the river below Swallow Falls a little after 9 a.m. Monday recovered the body of a swimmer who went below…

Three more bears died on Maryland highways recently, bringing to two dozen the number to have perished this year, according to an unofficial c…

UPDATED: Mount Storm woman and her store will appear on Outdoor Channel

MOUNT STORM, W.Va. — The proprietor of a Mount Storm sporting goods store will appear in an upcoming episode of Drop Zone, a hunting show on t…

SOUTH CHARLESTON, W.Va. — These anglers, who live within the circulation area of the Cumberland Times-News, are among those recognized by the …

Until 11:59 p.m. on Aug. 31 you too may apply for a permit that will allow you to hunt a bear in Maryland for four days in October.

Matt Fazenbaker considers himself unbroken and so is the new hunting show he hosts that will air in the summer of 2018.