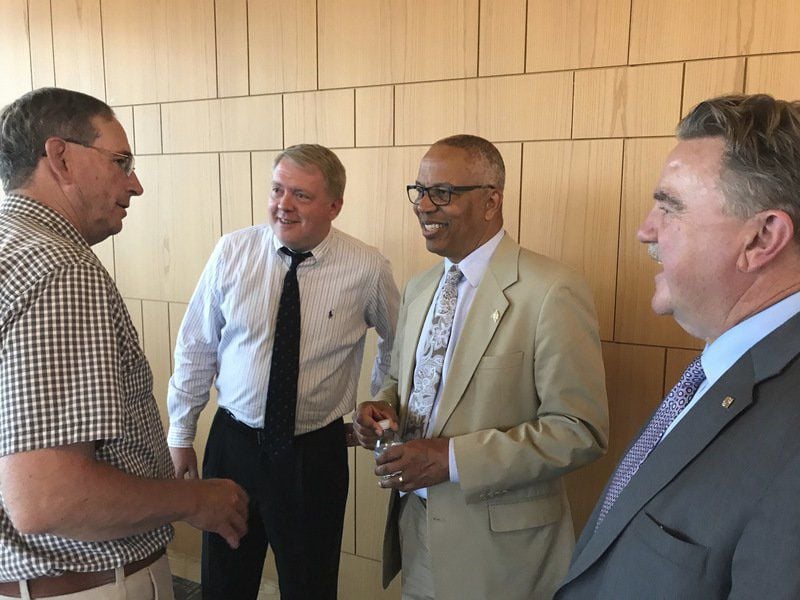 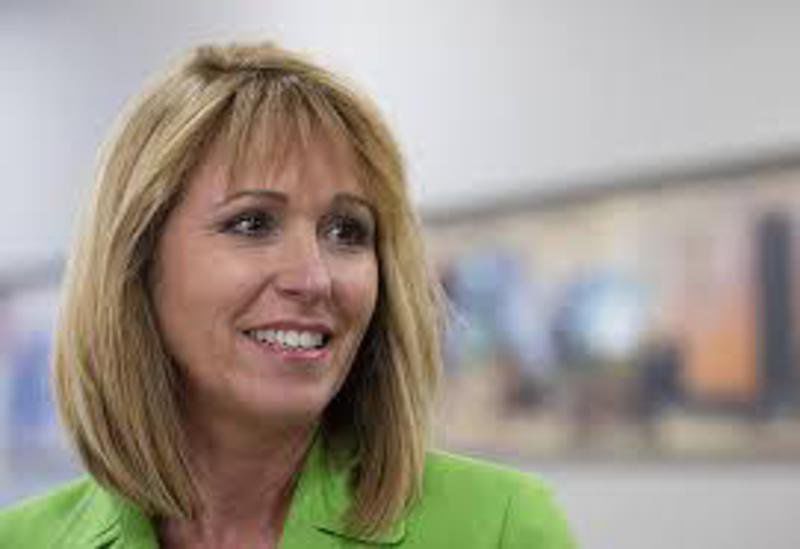 FROSTBURG — The future of the Luke paper mill was a topic Wednesday during a meeting at Frostburg State University hosted by Lt. Gov. Boyd K. Rutherford.

Rutherford, and several other high-level state officials, visited Western Maryland to discuss the impact of opportunity zones on the state’s economy. Secretary of Commerce Kelly Schulz and Ken Holt, secretary of housing and community development, were part of a 10-member panel that gave a presentation on the topic in the Gira Center at FSU.

A topic that recurred multiple times during the meeting was the future of the Luke paper mill currently owned by the Verso Corp. Verso closed the mill on June 30, which resulted in the loss of nearly 700 on-site jobs and more than 2,000 ancillary jobs for contract workers in trucking, repair and supply, as well as workers in the coal and timber industries.

“There have been several rumors that have been floated around,” said Schulz. “One big major one was right before the Fourth of July that there was going to be a big announcement of the sale of the paper mill. That was just a rumor. We were told frankly by Verso that that was not happening and they would keep us in contact if something would happen in that respect.

“We will continue to monitor the situation and forward them interested names. The Department of Commerce has vetted roughly 12 companies that we have put through to Verso.”

Schulz said due to non-disclosure agreements she could not offer further information on the companies.

“There is one issue I’m sure all of you have heard of and I know you have been working on, that is this Verso issue,” said Beitzel. “I want to try to press upon you the importance and the difficulty this problem poses. The Luke paper mill has deep tentacles in our region.”

“Mr. Thomas is working on a project to repurpose some of the wood product that can no longer go to the mill,” said Beitzel. “I hope he gets his proposal moving. It’s a big deal. It would go a long way to deal with the problems happening to the timber people.”

Thomas spoke about his business.

“When the closing of Verso happened I have a lot of friends in the logging community,” said Thomas. “The first thing they were telling me is, ‘we are bankrupt. I got $1.5 million drawn out on a loan. I got three pieces of new equipment I just bought assuming that (Verso) would be open — now I’m $1.5 million in the hole.’ It is a deep impact and they are very concerned.”

Thomas said roughly 500 families in the tri-state area have been impacted in the timber industry due to the Verso closure. He hopes to help if he can get his company off the ground.

“We can’t replace Verso but maybe we could soften the blow,” said Thomas.

He hopes to break down wood using a chipper at a site in Garrett County. He may also warehouse materials at Cumberland near the railroad lines to transport the material to Baltimore to be shipped to overseas markets.

“What is the marketplace like and what are the international markets calling for?” asked Rutherford.

“They want a more renewable resource like wood and use less coal,” said Thomas. “In Turkey, they need chips of a specific size to use in making plywood.”

Thomas said he is also looking to sell in India.

Rutherford said he would put him in touch with the Department of Agriculture.

“We worked on bio-based production to utilize bio-based material. Same goes to energy but other goes to different types of products. There may be other marketplaces within the U.S. that may also take some of the product.”

Schulz said the forestry industry is a sector that must be included when discussing the economy.

“We have been briefed on your project,” said Schulz. “It sounds very, very exciting. We will be working with officials looking at the area as well.

“We do recognize the need to be able to backfill the loss of those jobs with those industry partners that have closed down.

“The Department of Natural Resources and Department of Commerce have worked to put together a grant application with the federal government for funding that would allow us to put together a strategic plan for the state of Maryland when it comes to the forestry industry in particular. I think that is really important obviously to help to satisfy what is happening here in Western Maryland and also other areas such as Southern Maryland and the Eastern Shore specifically.”