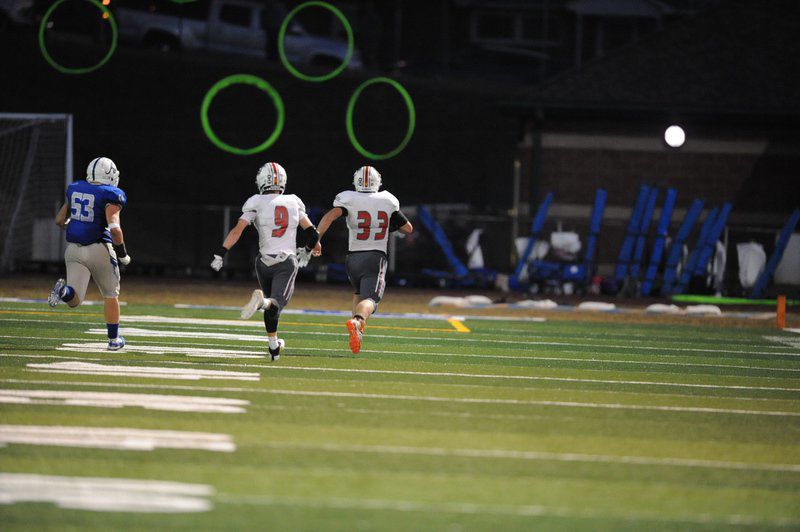 Mountain Ridge’s Jay Miller (33) races to the end zone as teammate Ethan Ray provides interference during his 57-yard return of an Allegany fumble for a defensive touchdown in the second quarter at Greenway Avenue Stadium Friday evening. The Miners defeated the Campers 37-14. 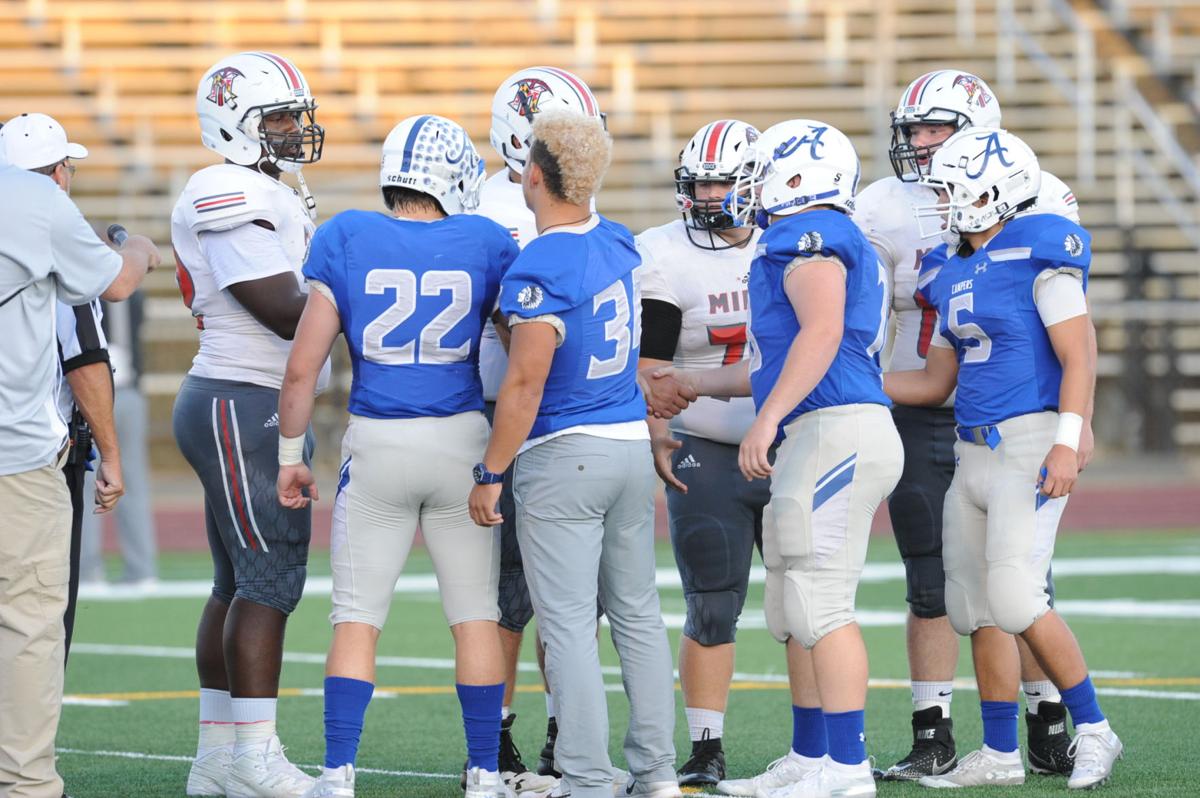 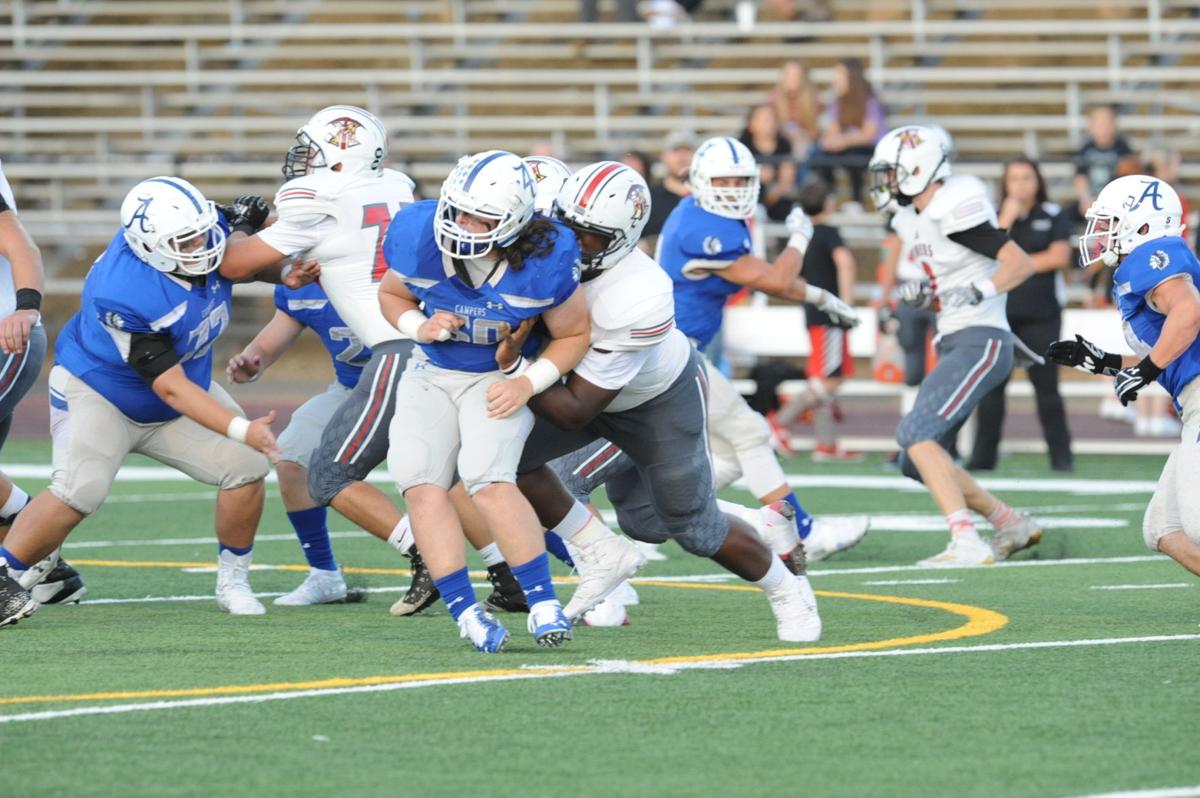 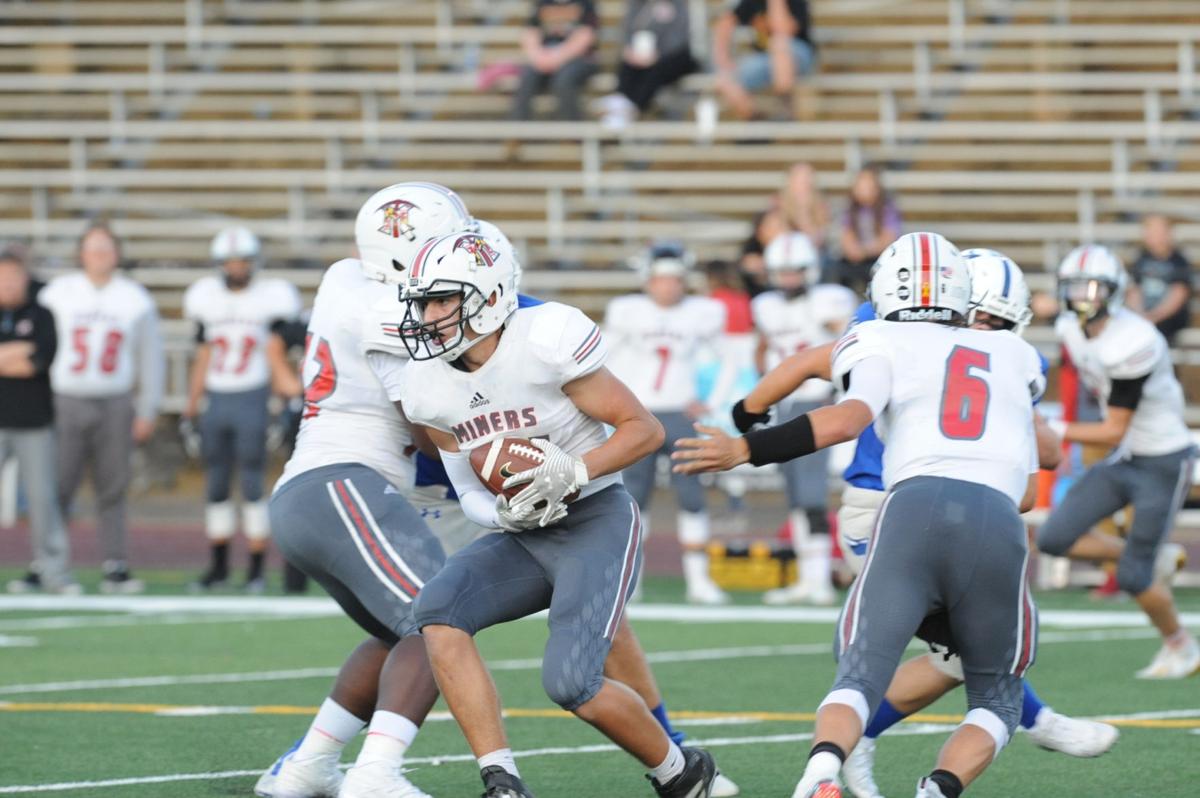 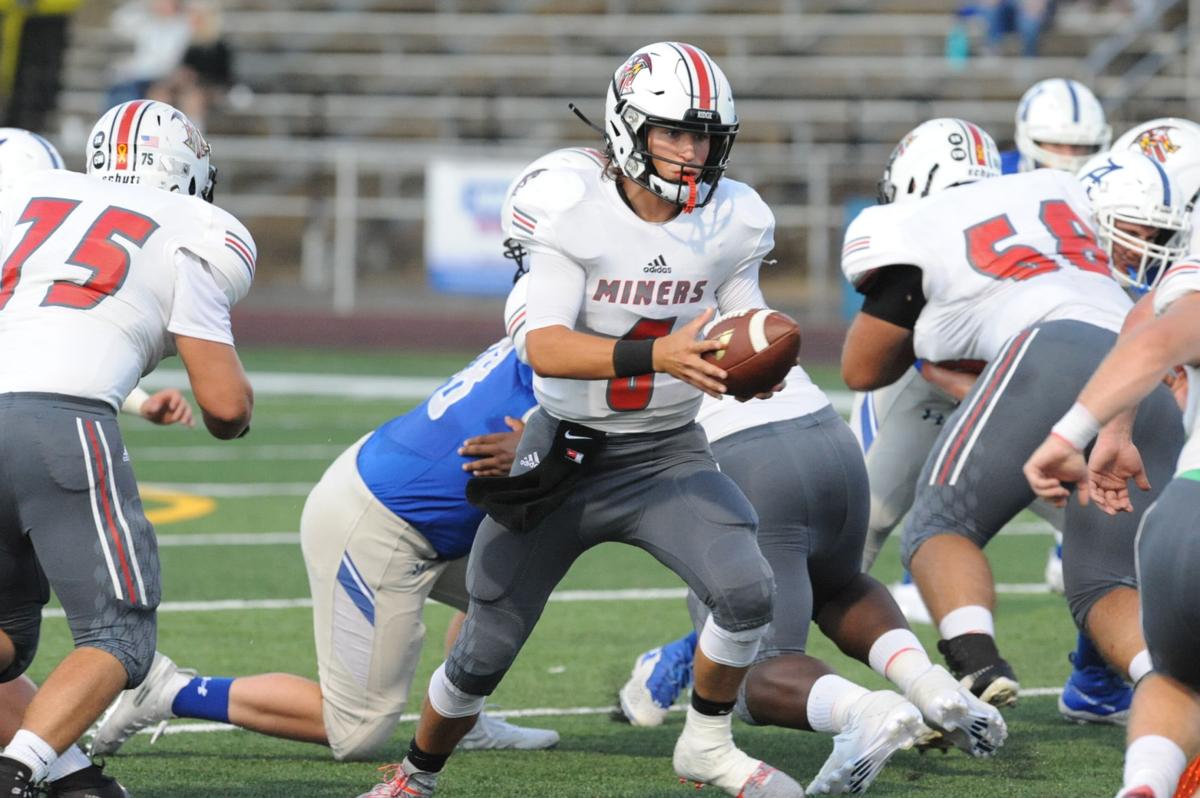 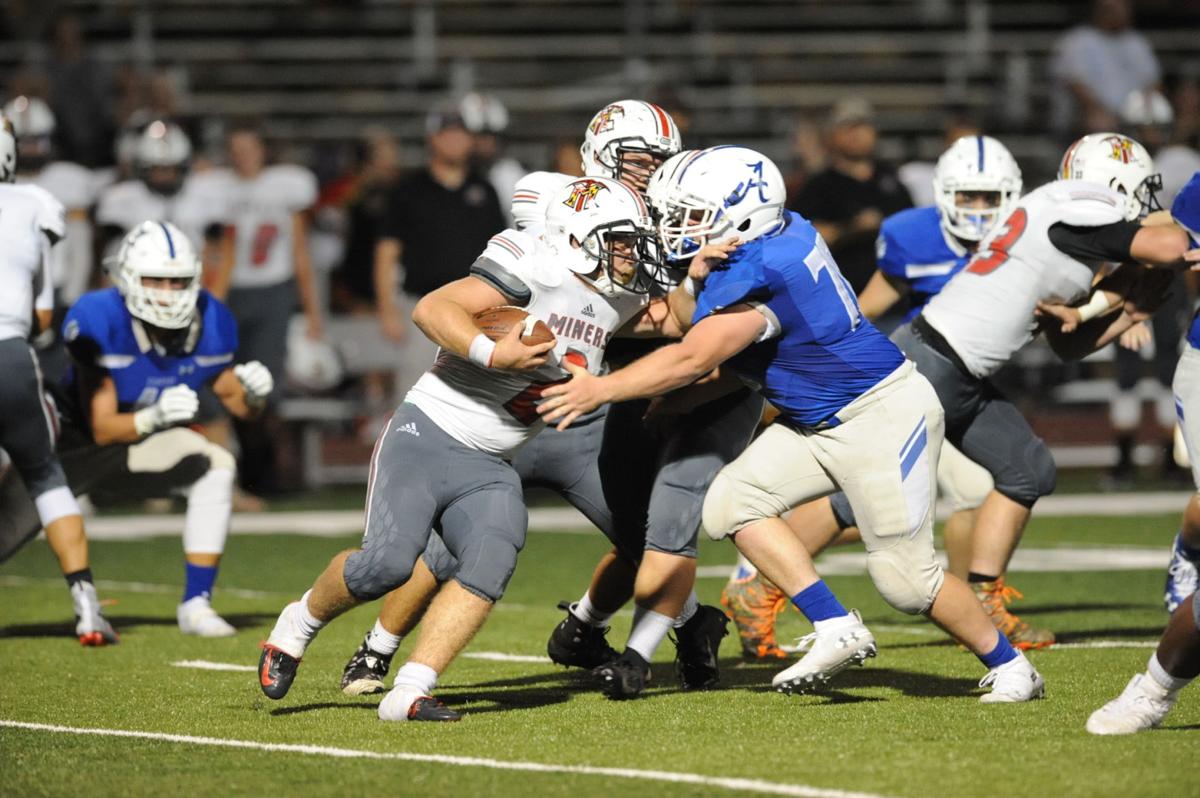 Mountain Ridge’s Jay Miller (33) races to the end zone as teammate Ethan Ray provides interference during his 57-yard return of an Allegany fumble for a defensive touchdown in the second quarter at Greenway Avenue Stadium Friday evening. The Miners defeated the Campers 37-14.

CUMBERLAND — Mountain Ridge ran for 247 yards and never let up in a 37-14 win over Allegany Friday night at Greenway Avenue Stadium.

The Miners (1-2) shook off some early season cobwebs for their first win of the season. Mountain Ridge had been held scoreless over its last six quarters and found the end zone just once in two games.

Friday night was a different story entirely as the Miners scored on six of their eight possessions, not counting the final drive that simply ran out the clock on two plays. Mountain Ridge scored in all four quarters, totaled 303 yards in offense and four different ball carriers scored a touchdown.

Friday’s game was very similar to last year’s matchup between the two as the Miners entered that contest 0-2 as well. Mountain Ridge defeated Allegany 47-24 and went on to win six in a row.

“I’m a defense first guy and I always like going defense first,” said Miner head coach Ryan Patterson. “About 20 minutes before the game, I thought we haven’t had a lead yet, let’s take the ball first. Let’s see if we can’t execute our offense.

“We made some changes up front and the line cleared the way for our backs,” he said. “We are really excited about where we are at right now.”

Jay Miller led the Miners with 131 yards on the ground and two touchdowns. Jared Horsman contributed 84 yards and a score on 14 attempts. Bryce Snyder completed four passes for 56 yards and added a rushing touchdown.

Allegany, which slips to 0-3, was led by Christian Welsh as he carried the ball 16 times for 184 yards and one touchdown. He galloped for 80 yards in the second quarter that was the highlight of the night for the Campers.

Mountain Ridge scored first as Horsman capped a 62-yard march on the game’s first drive with a four-yard TD run to give the Miners a quick 7-0 lead.

Ashton Shimko closed the first quarter on the Miners’ second drive with a 47-yard field goal for a 10-0 lead. Mountain Ridge ran its lead to 17-0 when it capitalized on an Alco turnover with 4:43 showing in the second quarter. Aaron Vanmeter tackled Trevor Wimbush and the ball popped free. Mountain Ridge’s Miller scooped up the fumble and raced 57 yards for the score and a 17-0 cushion.

The Campers quickly answered on their ensuing possession as Welsh took a hand off and raced for an 80-yard touchdown that cut the deficit to 17-7.

The Miners scored on their first drive of the second half for a 24-7 lead. Following back-to-back sacks from Tre Smith and Jacob Wildesen, Mountain Ridge had excellent field possession to start its drive at the Alco 37. Eight plays later Snyder pushed is way into the end zone from  the two for the score.

Miller tacked on two touchdowns in the fourth for the Miners and Allegany’s Dorian Terrell hauled in a 34-yard touchdown reception from Grant Cain for an Alco TD.

Miller opened the fourth with a one-yard score and rumbled for a 48-yard touchdown midway through the fourth to set the final at 37-14.