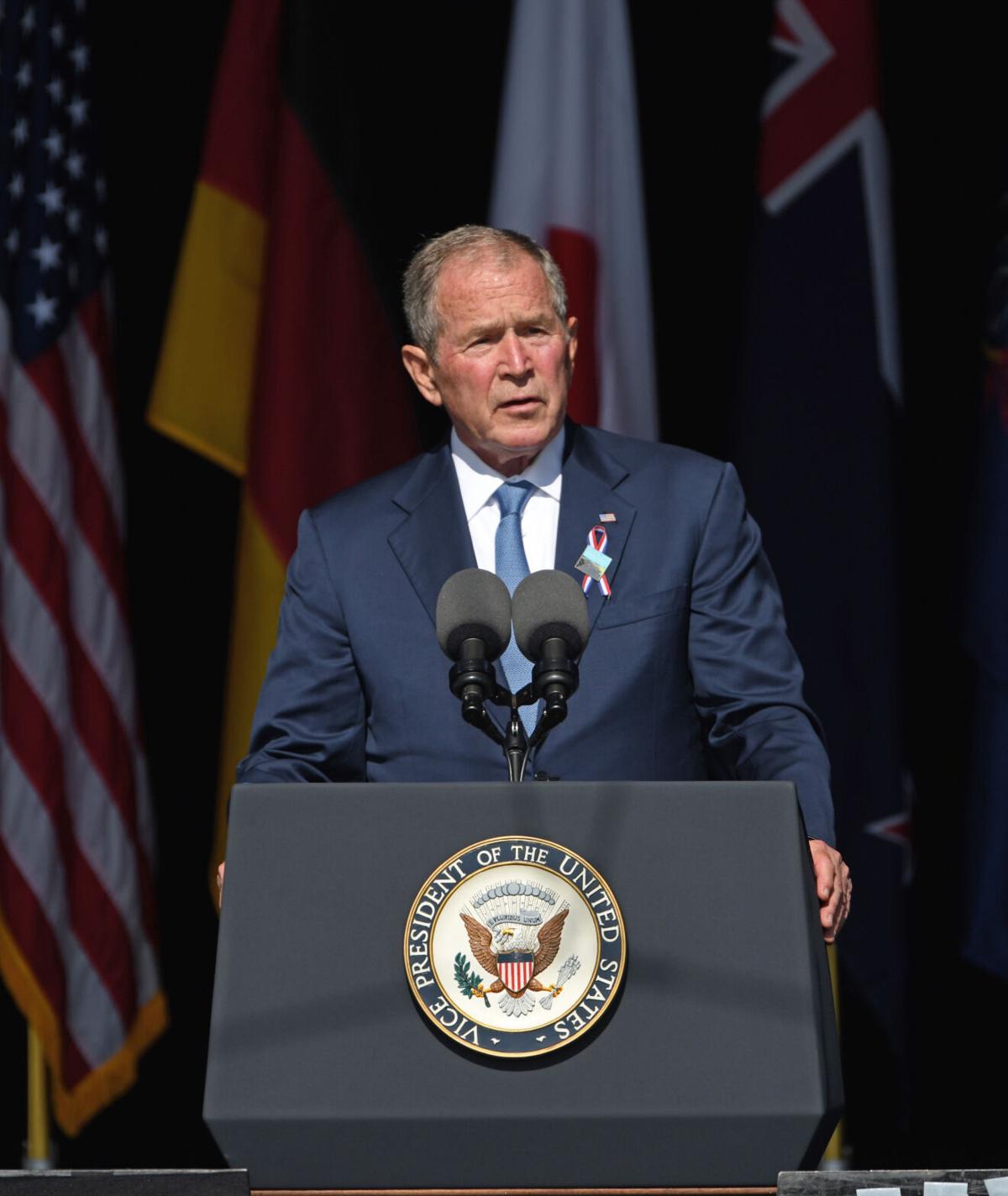 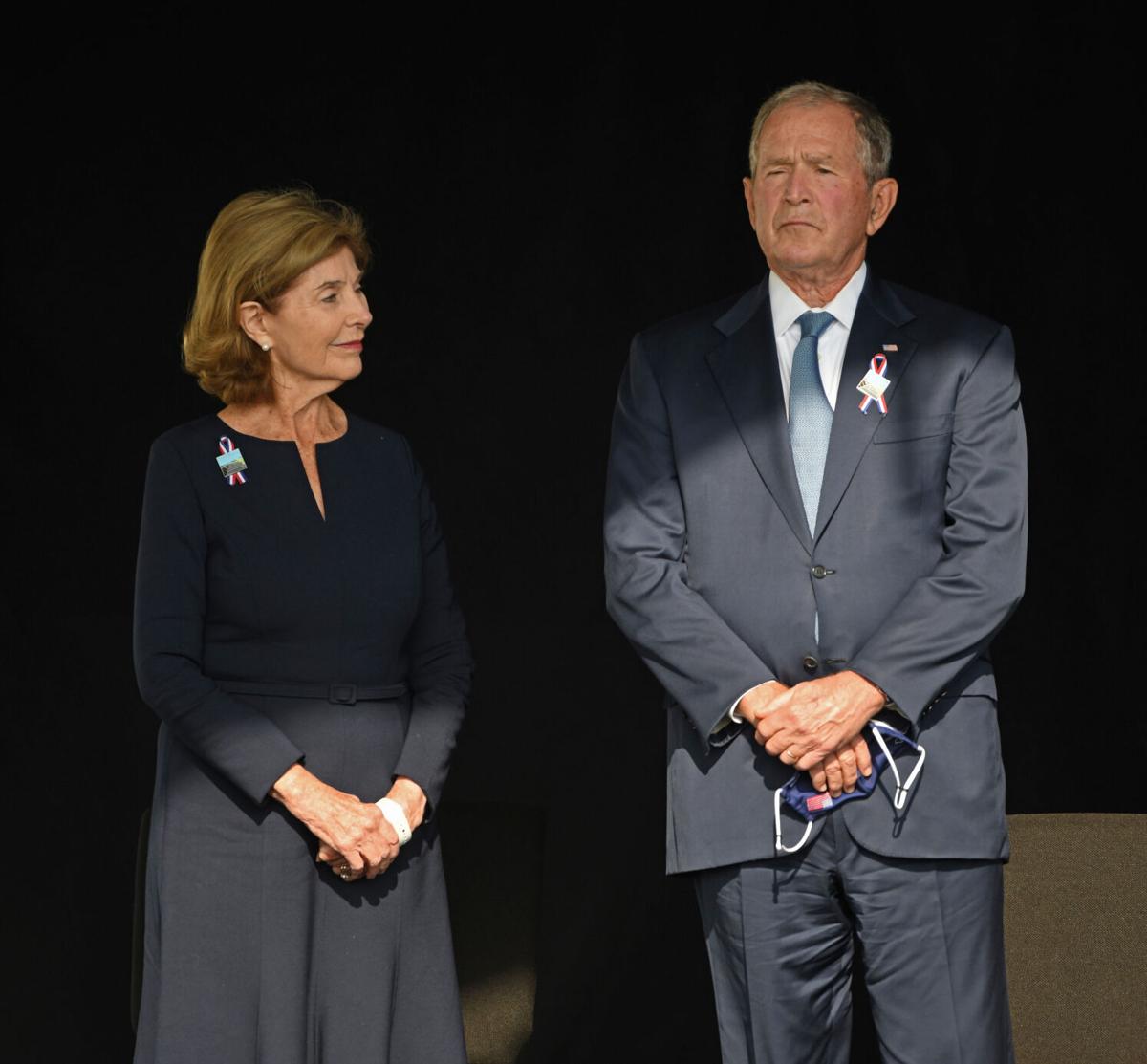 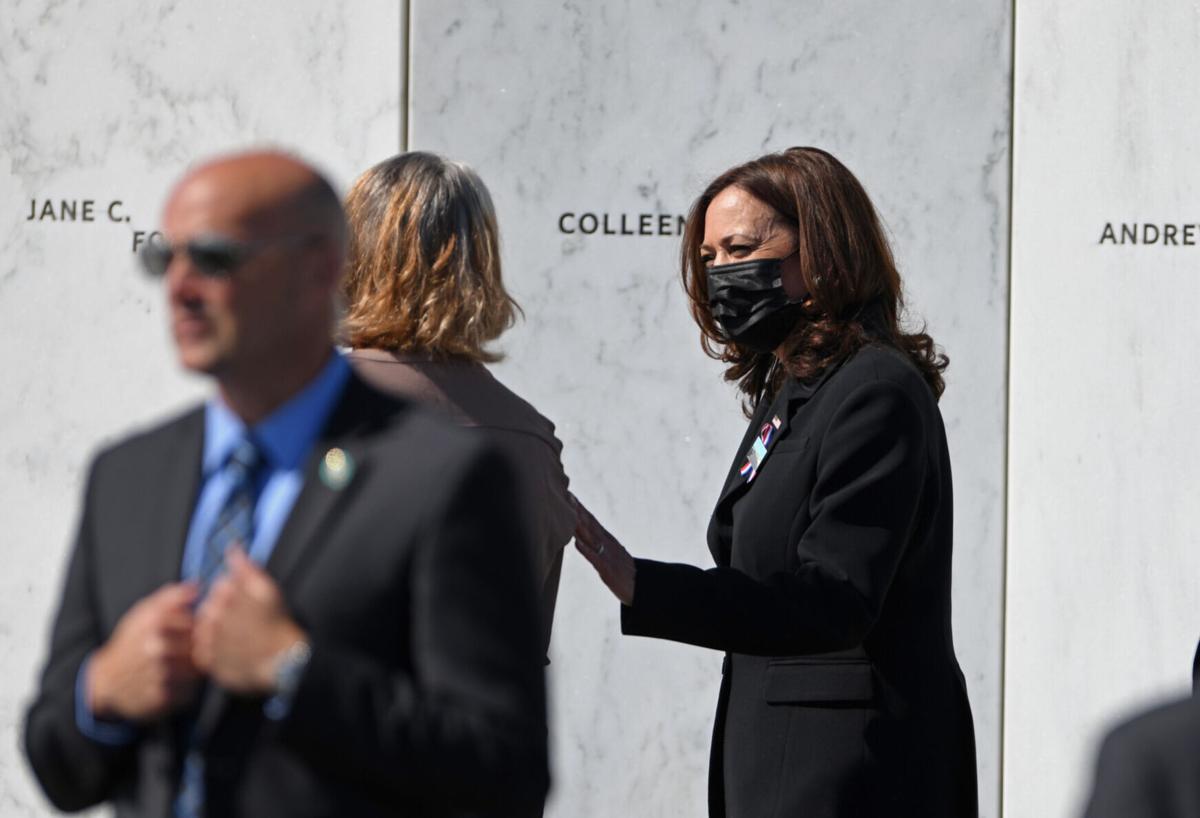 US Vice President Kamala Harris is shown at the Wall of Names during the 20th anniversary observance and memorial ceremony at the Flight 93 National Memorial near Shanksville, PA., Saturday, Sept.11, 2021. 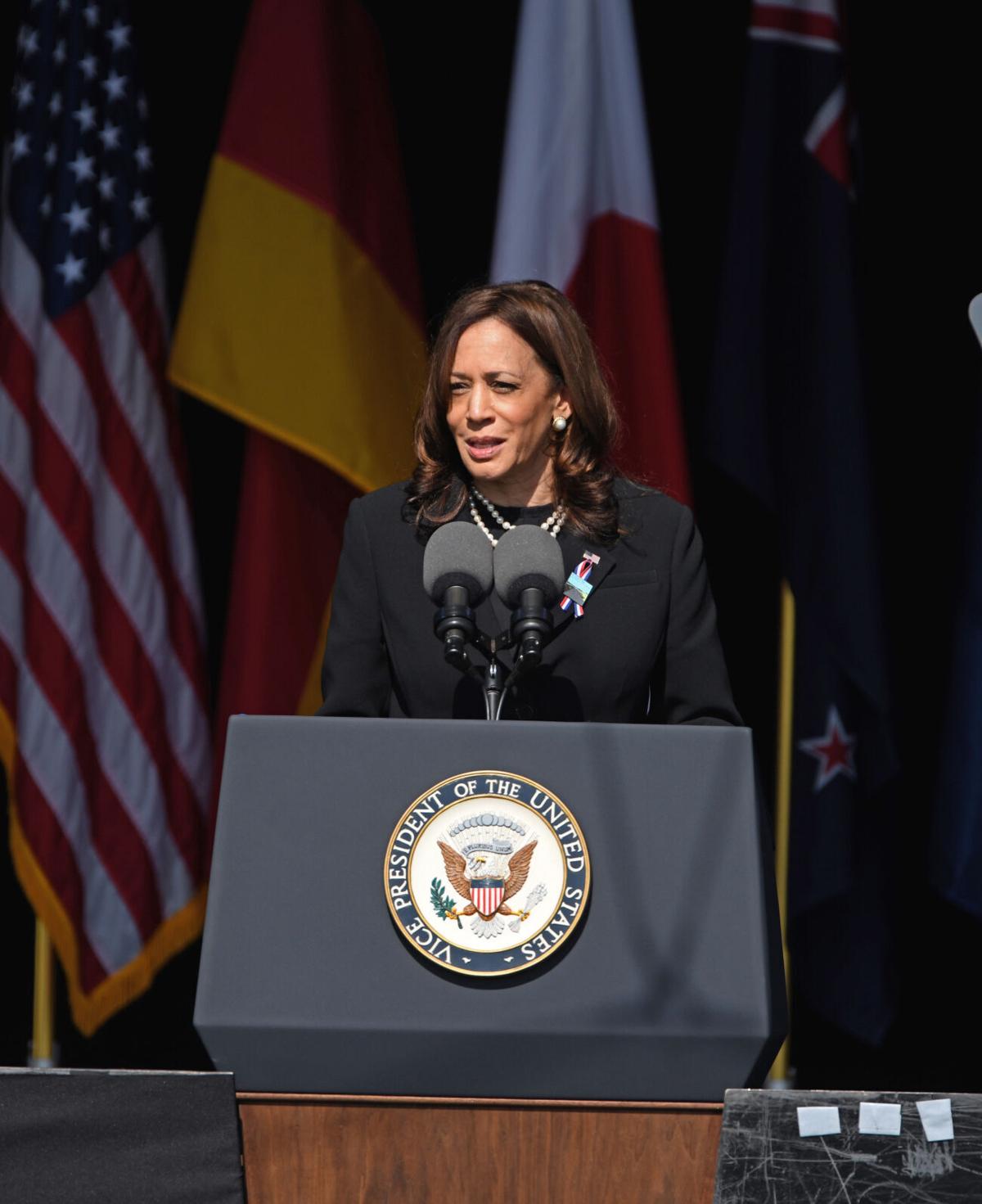 US Vice President Kamala Harris is shown at the Wall of Names during the 20th anniversary observance and memorial ceremony at the Flight 93 National Memorial near Shanksville, PA., Saturday, Sept.11, 2021.

SHANKSVILLE, Pa. — Standing on the memorial ground where Flight 93 crashed 20 years ago, former President George W. Bush urged America to remember more than just the memory of the heroes who fought back in the sky that day — but also their legacy of selflessness that can still help unite the country today.

And the brother of one of the flight’s passengers asked a divided America to consider “Are we worthy?” of their sacrifice.

Under a bold blue sky much like the one that greeted Western Pennsylvania in the hours before the Sept. 11 attacks, leaders past and present used the date’s 20th anniversary to reflect on both eras, honoring the 40 “strangers” who joined together to defeat America’s attackers, while reminding the nation that kind of unity can still define the nation’s future — despite homegrown hatred and selfishness.

“They gave everything. They risked everything for us,” Vice President Kamala Harris said of the 40 heroes the national memorial honors.

The travelers aboard Flight 93 came from different places, cultural backgrounds and belief systems.

But once they recognized their hijackers were set on inflicting more harm on the country they loved, they banded together as one, said Gordon Felt, whose brother, Edward, was among the 40 who died that morning.

“The 33 passengers and seven crew of Flight 93 could have been any group of citizens selected by fate,” Bush said. “In a sense, they stood in for us all.”

And in that fleeting “moment,” they planned, they prayed and voted — and then acted on it, Felt said.

In doing so, they likely saved many more lives — and prevented an attack against one of the country’s greatest symbols — the U.S. Capitol Building, he added.

Today, America’s greatest threat may be “from within” its homeland, Bush warned.

“We have seen growing evidence that the dangers to our country can come not only across borders, but from violence that gathers within. There is little cultural overlap between violent extremists abroad and violent extremists at home. But in their disdain for pluralism, in their disregard for human life, in their determination to defile national symbols, they are children of the same foul spirit,” Bush told the crowd. “And it is our continuing duty to confront them.”

At a time the nation is deeply divided on politics, basic beliefs and a COVID-19 pandemic that has claimed more than 650,000 lives and impacted almost every level of American life.

It also impacted Saturday’s 20th-anniversary commemoration, with the National Park Service limiting the in-person event to family members, friends, and a few hundred invited guests. At Flight 93 family members’ request, attendees were urged to wear masks to “look out for each other in honor of the 40.”

Among a crowd of dignitaries and lawmakers spread out behind the families, perhaps half obliged.

Gov. Tom Wolf reminded the crowd to remember the nationwide response after 9/11 — when countless examples of people standing up for one another and protecting one another “brought light” to the darkness.

Bush recalled a time when millions of people rallying around one another and their local communities in the spirit of goodwill. He recalled a generation of Americans, despite a nation simmering from the 9/11 attacks, grow to “reject prejudice and embrace people of Muslim faith.”

Those memorable acts are not “mere nostalgia,” Bush added. “It is the truest version of ourselves. It is what we have been and what we can be again.”

To Felt, the collective sacrifice of 40 men and women 20 years ago “changed the course of their lives forever,” but it left the nation with a precious opportunity.

“The path we follow from here is up to us,” he said. “Let’s strive to be worthy of those we lost that morning.”

“For the sake of our children. For the sake of their children ... we must look back, to remember,” she said. “And for that reason, we must also look forward. In the end, I do believe that is what the 40 were fighting for.”

That doesn’t mean the pain of their selfless losses isn’t any easier — even now, 20 years later, Harris told the hundreds of family members who attended Saturday.

“Every birthday your loved one missed. Every holiday, Every time her favorite team won or his favorite song came on the radio. Every time you’ve tucked in your children, or dropped them off at college,” she said. “You have felt every day, every week and every year that has passed these 20 years.”

This week, they traveled from Jacksonville, Florida, to honor Guadagno’s younger brother, Richard.

With them, they brought 40 family members, cherished memories of days spent at the outdoorsman’s California home — and a wreath made of grapevines they placed below a marker that carries his name a night earlier.

“So much has changed in 20 years. September 11 then and now, it’s two different worlds,” he said. “We’ve got to look out for each other. We’ve and take care of each other.”