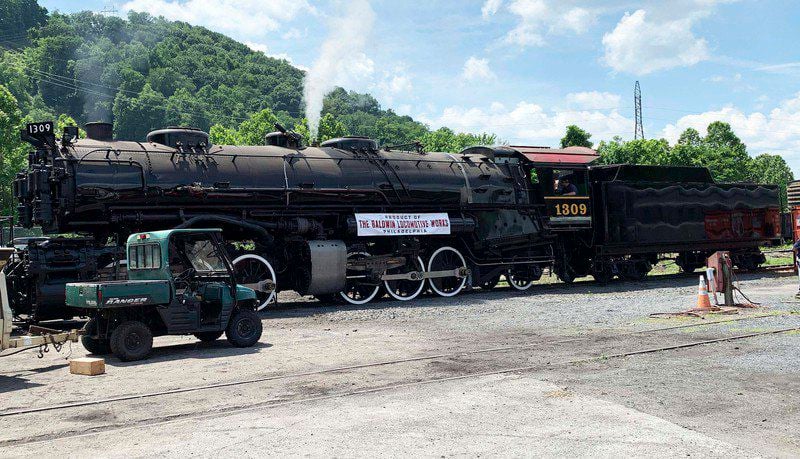 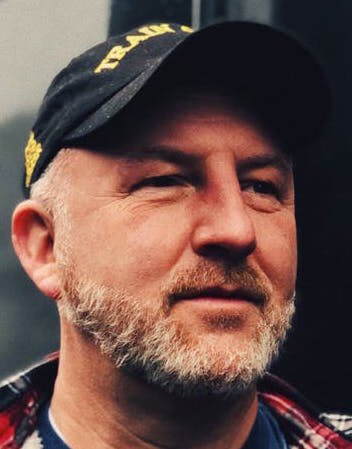 CUMBERLAND — The Western Maryland Scenic Railroad board announced Wednesday that Wesley Heinz has been named interim executive director, with the opportunity of making it permanent after a 60-day probationary period.

The news came in the form of a press release from Del. Mike McKay, the WMSR board president. It said the vote, taken Wednesday morning, was unanimous to hire Heinz, who was in Cumberland to receive the news.

“We are happy to welcome Mr. Heinz to the Western Maryland Scenic Railroad and look forward to his visionary project management style and his expertise with steam,” McKay said.

Current executive director John Garner is taking a 60-day leave for health and family reasons. However, McKay told the Times-News that Garner will not return as director but added he may take on another role with the railroad.

Garner was named executive director of the WMSR in the spring of 2016 and replaced Michael Gresham. He has been at the helm as the railroad has been trying to restore the massive Baldwin No. 1309 steam locomotive, which was purchased in 2014.

“We firmly believe that at the end of the 60 days, Mr. Garner will be part of our organization in some fashion,” McKay said. “I just don’t know what the fashion will be. We want him to get his health straight and his family taken care of. He is the guy who took us to the 5-yard line. We expect him to be part of the team going forward, but I do know it will not be as executive director.

“Depending on how things look at the end of 60 days, we will see how things are. I’m not sure what Mr. Garner will want to do. We want to be respectful for all he has done for the WMSR, but I believe going forward Wes Heinz will be our executive director.”

Heinz, originally from Memphis, Tennessee, is currently the executive director of the Narrow Gauge Railroad & Museum Co. in Portland, Maine, which runs by steam locomotive.

“What I was looking for in core qualifications, I think this gentleman has,” said McKay. “I’m looking for someone who can motivate my staff to do a yeoman’s job with limited resources and someone who is a relationship builder; we need to do a better job of that. They need to have fundraising ability and know railroad operations as well, and at the end of the day the ability to set a vision.

“I think the team has done a great job with 1309. We got the ball at the 5-yard line. We need somebody with fresh legs to get this into the end zone.”

McKay said he believes the scenic railroad’s ridership will increase dramatically once the No. 1309 Maryland Thunder engine is on the rails, which he hopes to see by fall.

Heinz has lived in numerous U.S. cities, including New York, Atlanta and Chicago. He has worked in diverse industries including stints with Samsung, Microsoft, Walmart and Procter & Gamble in sales and marketing. However, he has been a train enthusiast since he was a young boy and eventually wound up in the scenic railroad industry.

“My parents took me on a southern (U.S.) scenic excursion when I was 3 and I’ve been fascinated with it,” Heinz told the Times-News. “I have always appreciated trains. I enjoy working in the industry and the people that I meet.”

Heinz is familiar with steam locomotives since the Narrow Gauge Railroad runs on steam.

“I’m very excited to hopefully imprint the success stories that I have had at Narrow Gauge,” he said. “I will bring the strategic vision I’ve used at Narrow Gauge and bring it here. The steam engine is a great catalyst to make it happen. It’s going to drive people to Cumberland to see this great machine and I can’t wait.

“I think the railroad has a tremendous opportunity to reinvigorate itself and make an even greater impact. I think it is doable and I am very excited about making that happen.”

Greg Larry is a reporter at Cumberland Times-News. To reach him, call 304-639-4951, email glarry@times-news.com and follow him on Twitter @GregLarryCTN.