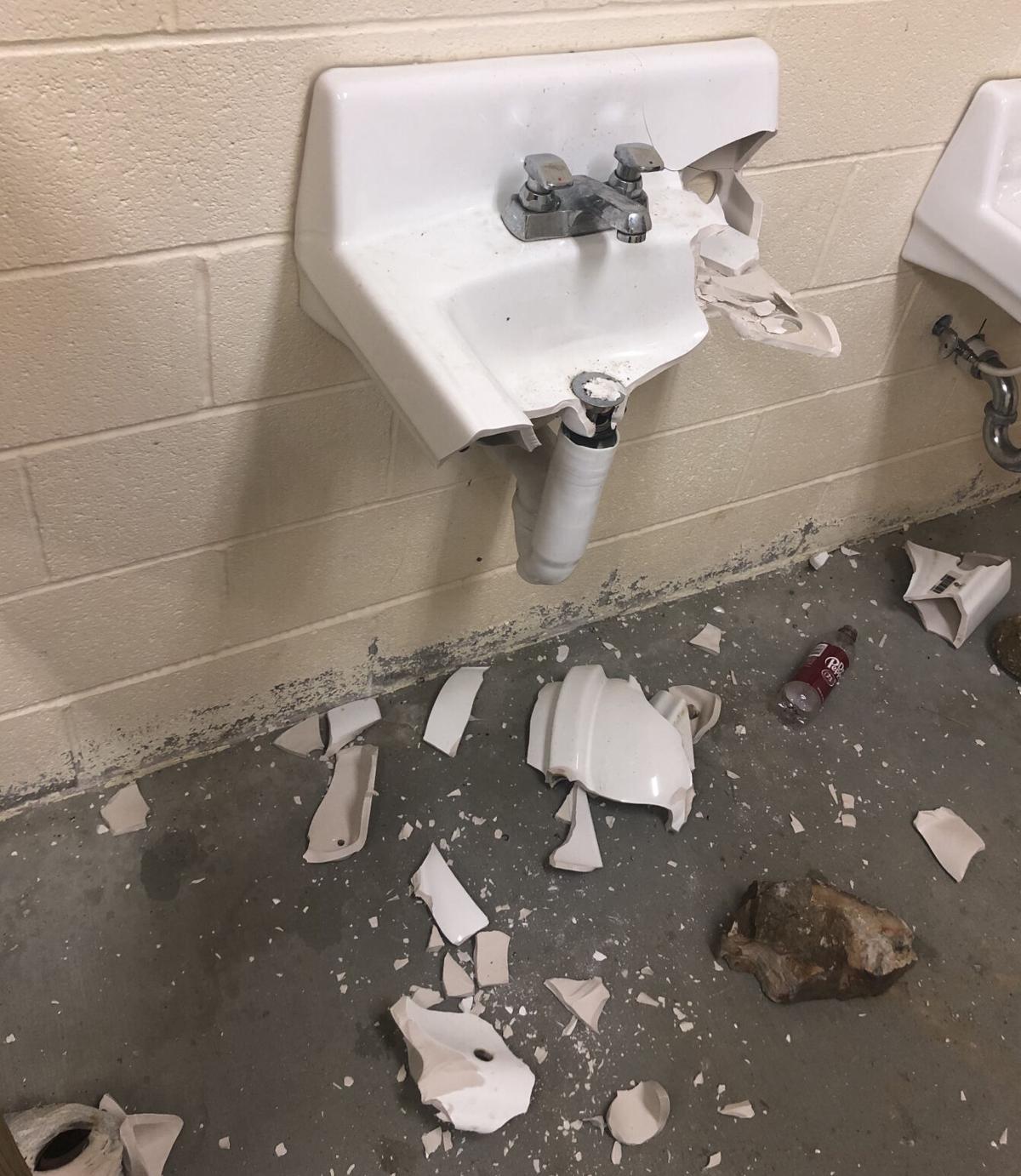 A rock was used to destroy a ceramic sink in the public restroom at Jaycee Field, Cumberland Police said. 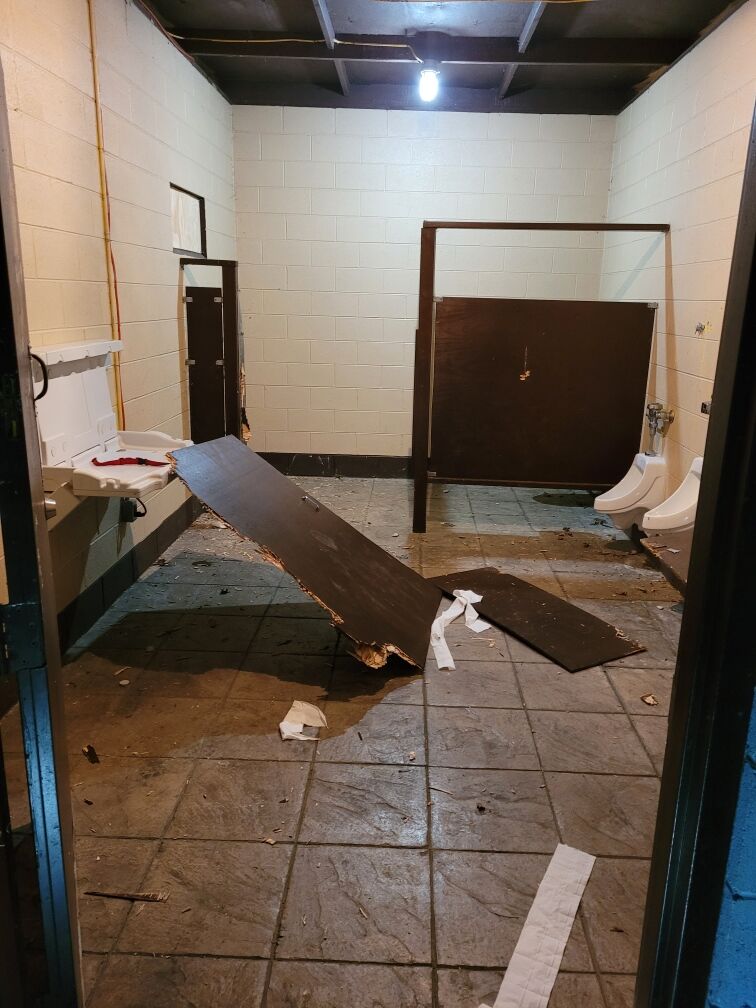 A rock was used to destroy a ceramic sink in the public restroom at Jaycee Field, Cumberland Police said.

The most recent incidents at Constitution Park were discovered May 8 and April 27.

Tichnell said several windows were broken in the first incident and “significant” damage resulted when the perpetrator vandalized a bathroom stall in the second.

“We are increasing patrol checks in the park and we are asking for the public to report any information they have about the person(s) responsible for this senseless destruction,” Tichnell said.

Information may also be provided anonymously to Allegany and Mineral County Crime Solvers at 301-722-4300. Rewards of up to $1,500 are offered for information deemed helpful to the investigations.

There have been incidents of vandalism at other city recreational locations as well.

“We have actually had vandalism at a couple different, rather remote facilities. Jaycee Field is another example,” said City Administrator Jeff Rhodes.

Tichnell said the destruction at that field, located in the 500 block of Furnace Street, was reported April 16. Vandals used large rocks to destroy a ceramic sink in the men’s restroom.

City officials continue to urge residents to report any suspicious vehicles and activity, especially vehicles that are observed in the park that closes after dark daily.

Police are seeking the public’s help in identifying who caused thousands of dollars worth of damage to the flower and plant inventory at Downtown Dollar in the 700 block of Greene Street.

Anyone with information is asked to contact police at 301-777-1600 or Facebook at www.facebook.com/CumberlandPD. Tips can be submitted confidentially to Allegany and Mineral County Crime Solders at 301-722-4300.