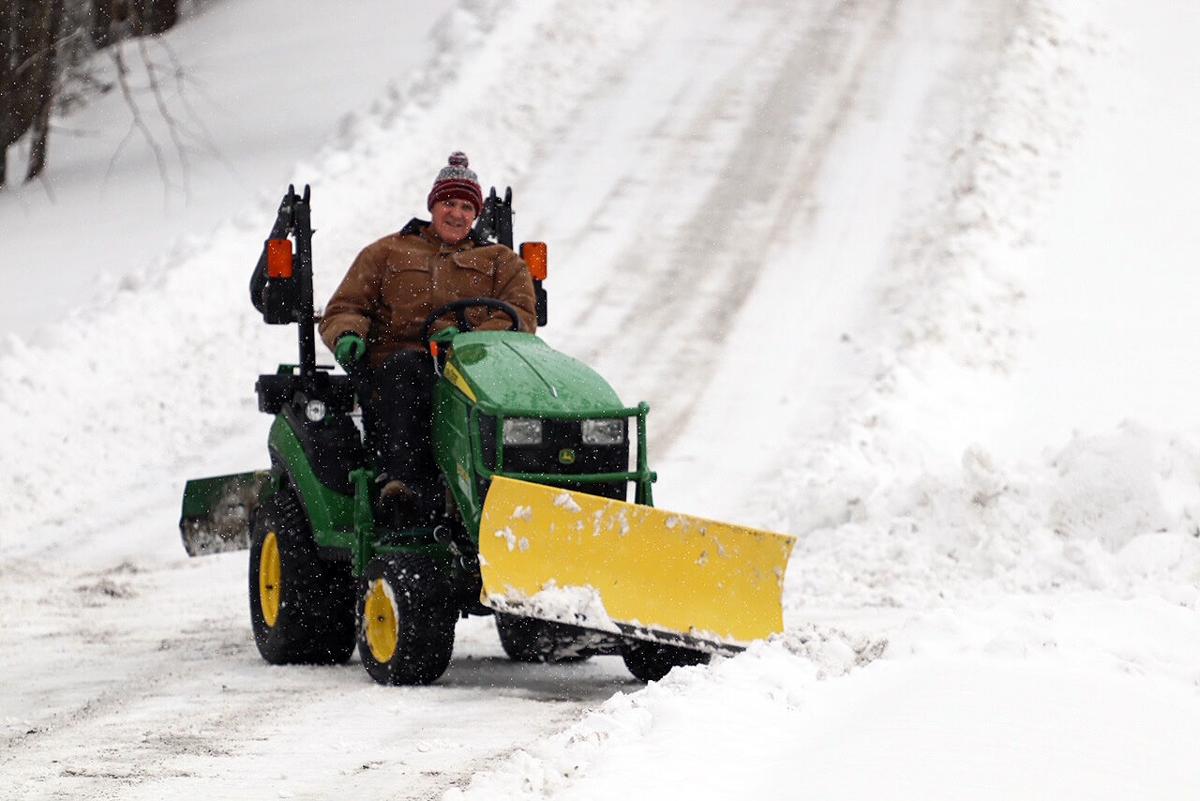 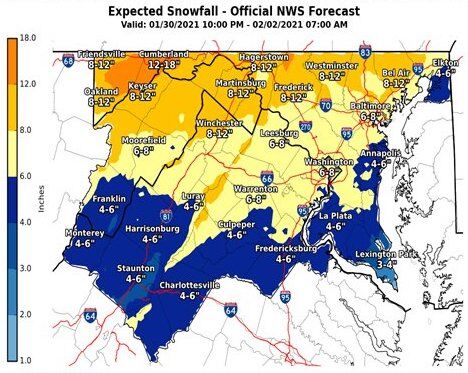 A winter storm warning issued by the National Weather Service remained in effect until early Tuesday. It calls for the potential of 8 to 14 inches of snow and ice accumulations of one-tenth of an inch.

Snow began falling in the region early Sunday, prompting Maryland State Police to activate snow emergency plans at 5 a.m. in Garrett County and 7 a.m. in Allegany County. The plans prohibit parking along roads and streets designated as snow emergency routes and require the use of snow tires or chains.

The weather service forecast says the steadiest snow will fall Sunday morning and afternoon. Light snow could mix with sleet and freezing rain and become intermittent Sunday night and early Monday before a steadier snow resumes.

“Travel will be very difficult Sunday through Tuesday morning,” the weather bulletin read.