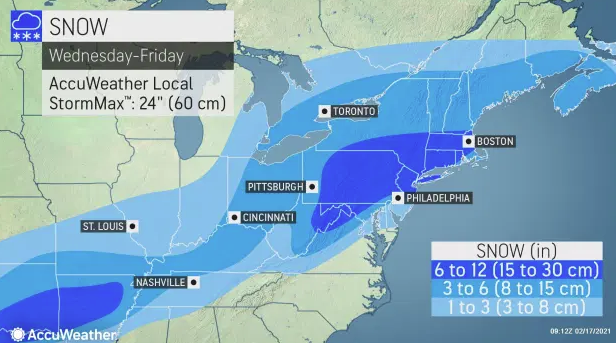 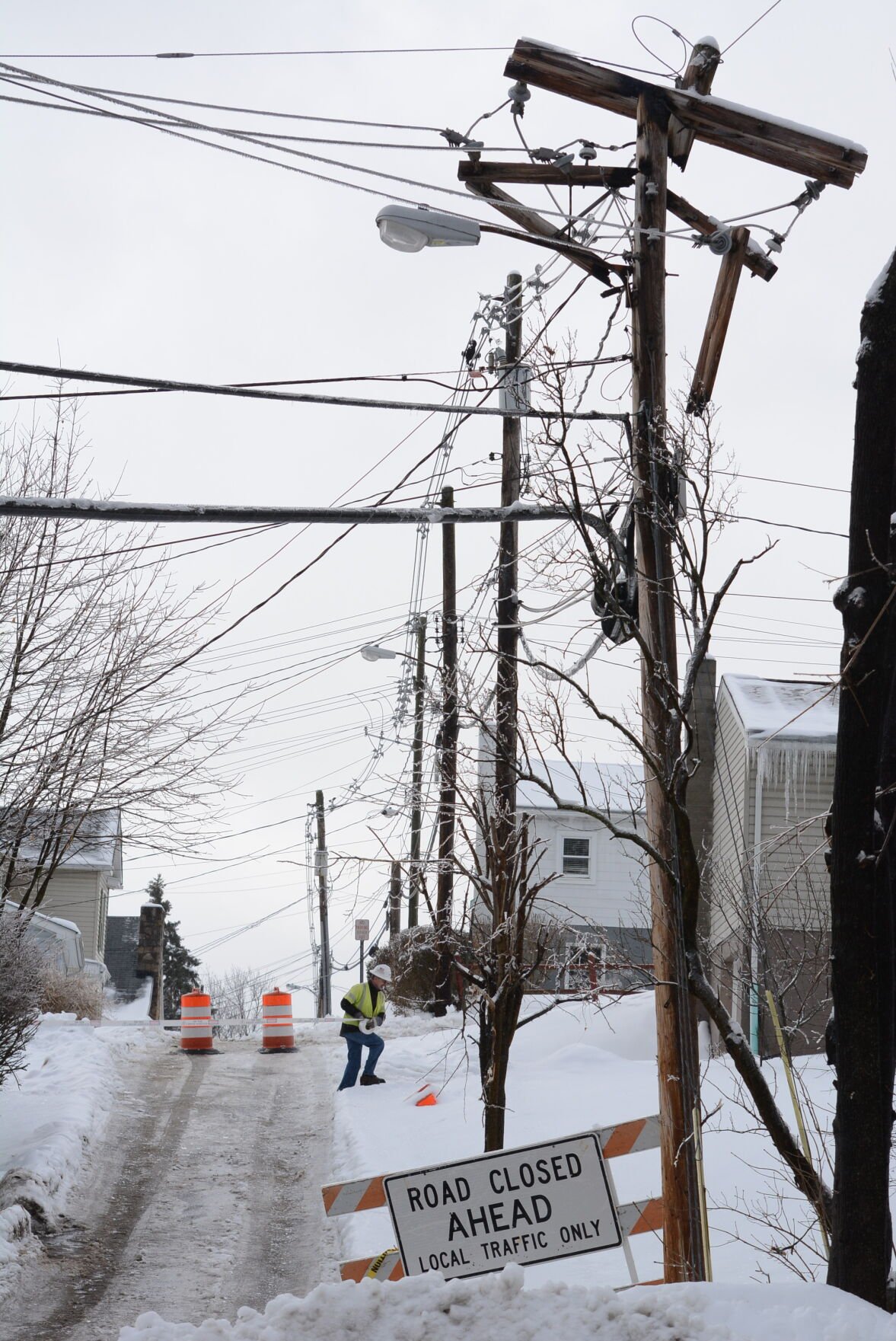 A Potomac Edison employee secures an area around a utility pole damaged by a transformer fire near Aspinal Street in Frostburg on Tuesday. The morning fire caused a large power outage in the city. Power was restored to most of the city by Tuesday afternoon.

A Potomac Edison employee secures an area around a utility pole damaged by a transformer fire near Aspinal Street in Frostburg on Tuesday. The morning fire caused a large power outage in the city. Power was restored to most of the city by Tuesday afternoon.

“I think this is going to be mainly a snow event, but there could be periods of sleet,” AccuWeather senior meteorologist Tom Kines said Tuesday.

Kines said 4 to 8 inches of snow could blanket Allegany and Garrett counties, the Potomac Highlands and nearby Pennsylvania. Any amount of sleet in the impending storm will lessen the amount of snowfall, Kines said.

The National Weather Service issued a winter storm warning, which begins early Thursday and continues to 6 a.m. Friday. The weather bulletin warns of the potential for 6 to 10 inches of snow and an ice accumulation from freezing rain of less than one-tenth of an inch.

“Travel could be very difficult,” the weather service said.

The precipitation Thursday will be followed by colder air Friday with temperatures in the 20s, then clearing conditions.

"The snow will likely stick on most roads, making travel slippery and then the freezing rain east of Route 36 will add to the slippery spots on secondary roads later in the day and accrete on trees/powerlines," Chad Merrill, weather prognosticator for the Hagerstown Town and Country Almanack, said. "The Snow Emergency Plan will be activated in both counties Thursday morning."

“There should be a good amount of sunshine Saturday, but it will be cold with temperatures running up to 30,” said Kines.

The forecast into the last of February does not include any big storms.

“It looks like the weather pattern relaxes into the weekend and early next week,” Kines said. “No big storms in the forecast and none coming out of the south, which always carry a lot of moisture.

“There shouldn’t be any real cold weather once we get past this storm,” said Kines, noting that the region’s coldest period is December through February.