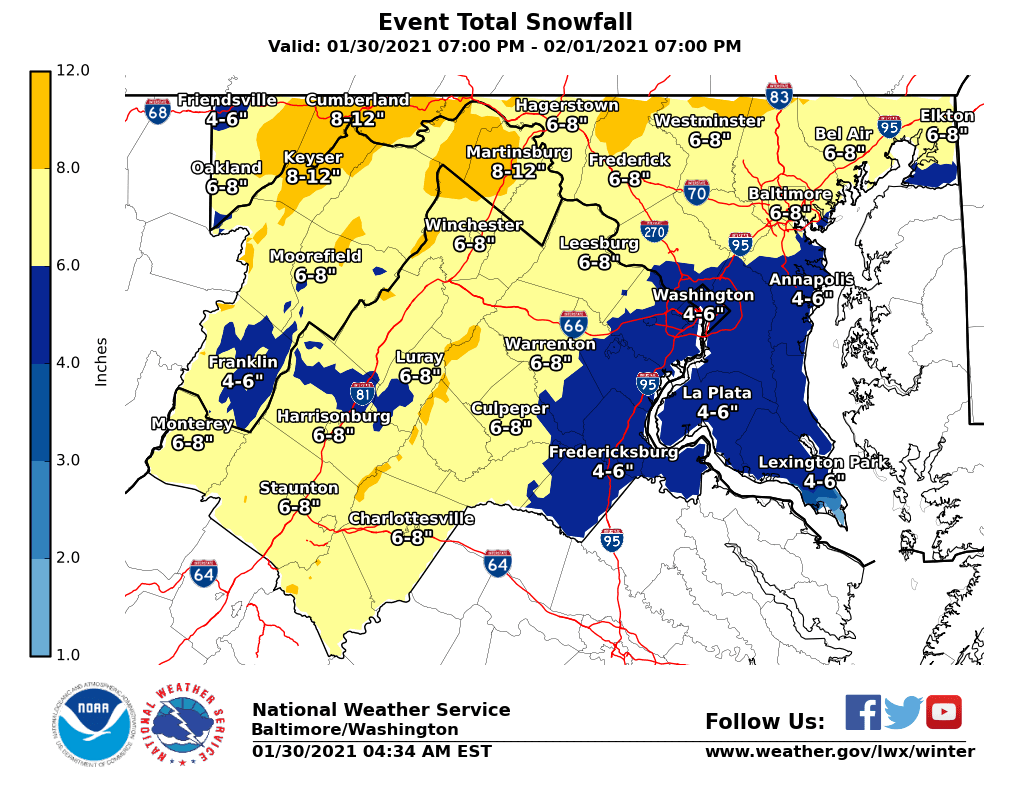 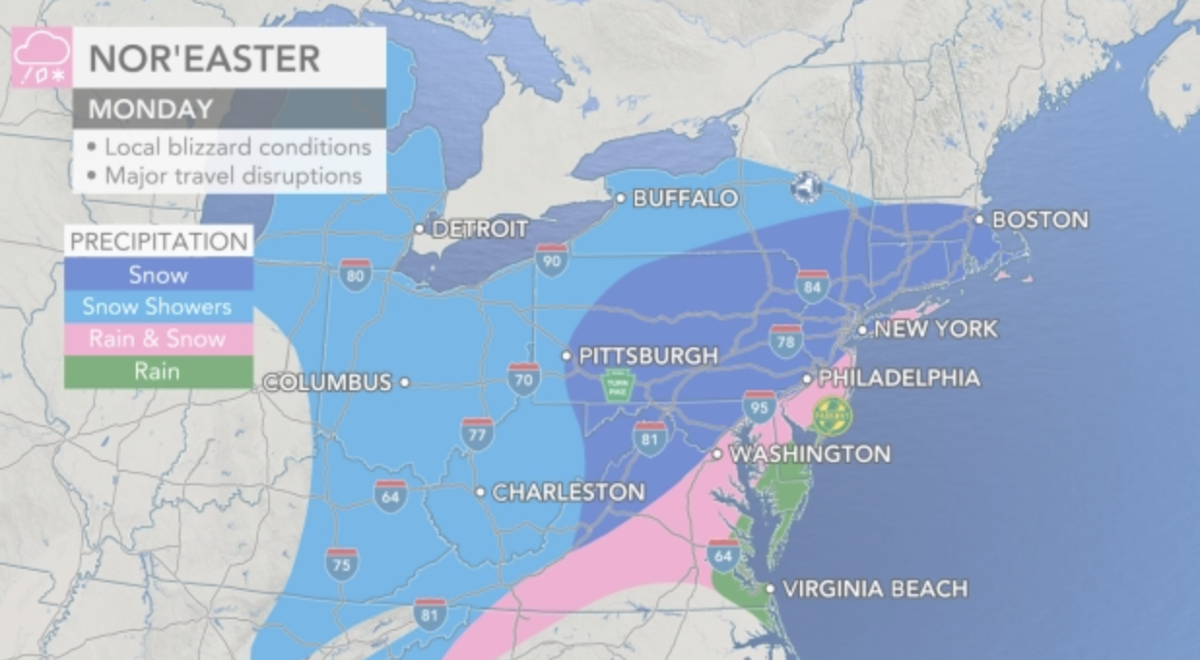 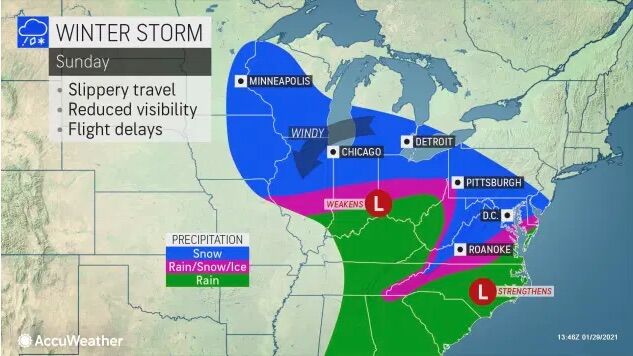 CUMBERLAND — A significant amount of snow could — that’s the operative word — hit the tri-state beginning late Saturday, depending on the track of the storm, according to AccuWeather.

"The storm is far from winding down as it will have major impacts from coast to coast," AccuWeather Chief Broadcast Meteorologist Bernie Rayno said.

“As we start to get a secondary storm to develop along the coast of South Carolina,” Rayno said, "then that storm will get guided up along the Eastern Seaboard."

AccuWeather forecasters warn that the secondary storm along the Eastern Seaboard could evolve into a major and long-lasting nor'easter that could pound areas with accumulating snow and gusty winds. Blizzard conditions may unfold for multiple hours, especially in parts of the mid-Atlantic and New England coasts.

Saturday afternoon, the National Weather Service issued a winter storm warning from 1 a.m. Sunday to 6 a.m. Tuesday. Total snow accumulation of 6 to 12 inches and a glaze of ice are possible, according to the weather bulletin.

Chad Merrill, weather prognosticator for the Hagerstown Town and Country Almanack, predicted 6 to 8 inches of snow for Cumberland and slightly higher amounts to the west into Garrett County.

“MDOT SHA crews are ready and standing by for any more snow the potential Sunday storm may bring to Western Maryland,” said agency spokeswoman Sherry Christian.

Maryland State Police at McHenry said an accident Friday at 2:15 a.m. occurred on Interstate 68 at the 27-mile marker when a 2007 Kia operated by Daniel Kyle of Westernport slowed and changed lanes when he observed a prior accident.

No injuries were reported and both truck drivers were cited, according to state police. Unconfirmed reports indicated there were at least three accidents in Garrett County early Friday that were possibly weather related.

Late Friday morning in Allegany County, SHA crews pre-treated highways and checked equipment and salt and stone stockpiles. Contacts were being made with heavy towing companies and contractual truck operators typically utilized in winter storms in the state’s westernmost counties.

“When the storm hits, we ask drivers to please stay home and avoid the roads so that our crews can clear and maintain them safely,” Christian said.

“Don’t crowd the plow and allow our drivers to safely clear the roads and get back home to their families,” said Christian.

Latest Maryland weather and travel information may be found at https://chart.maryland.gov.