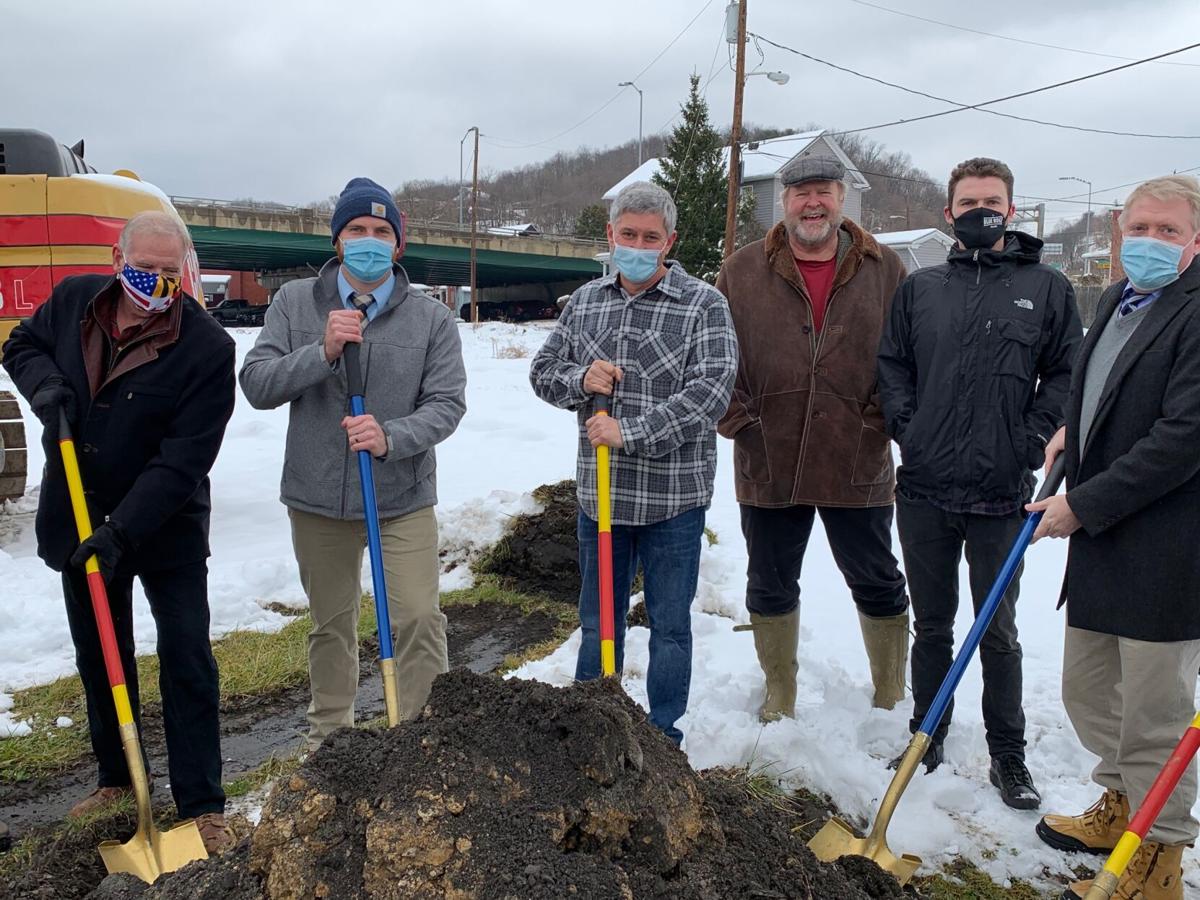 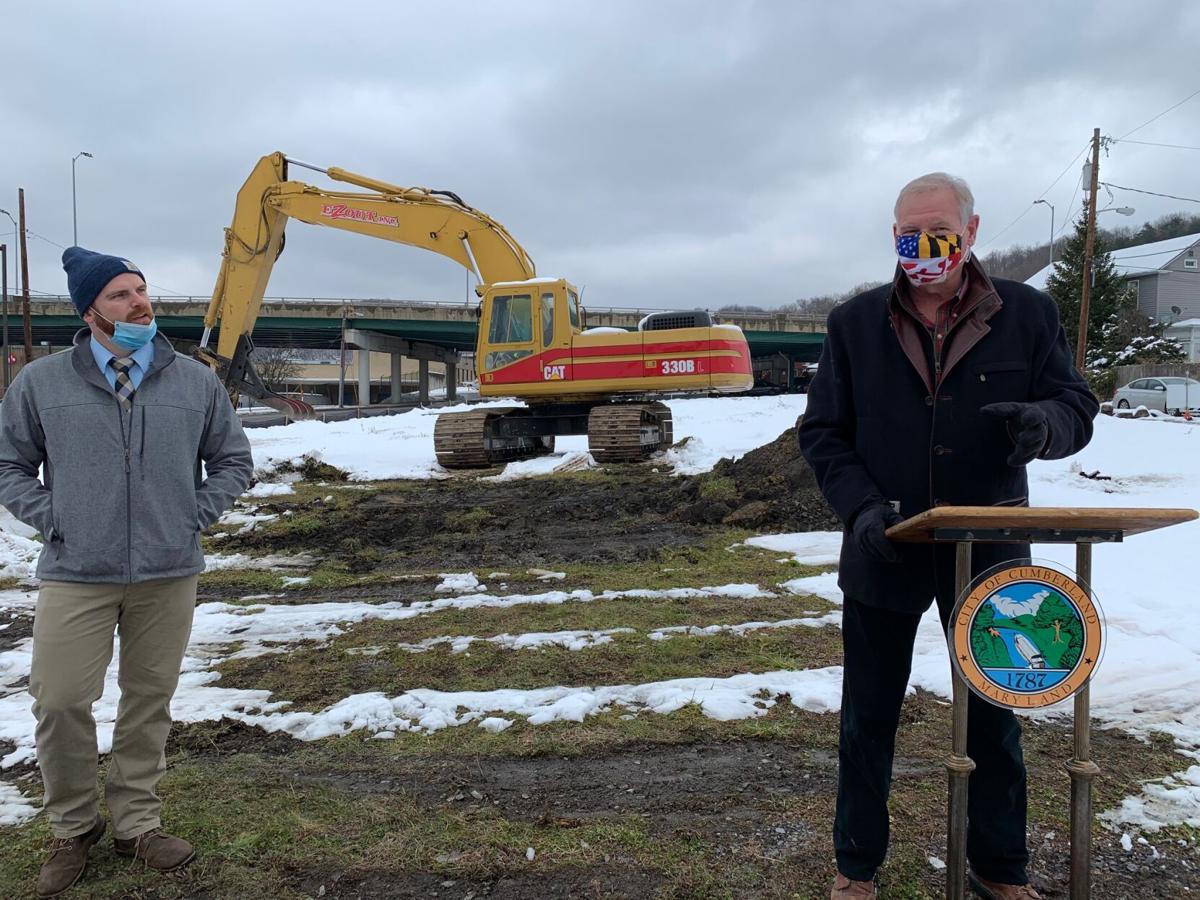 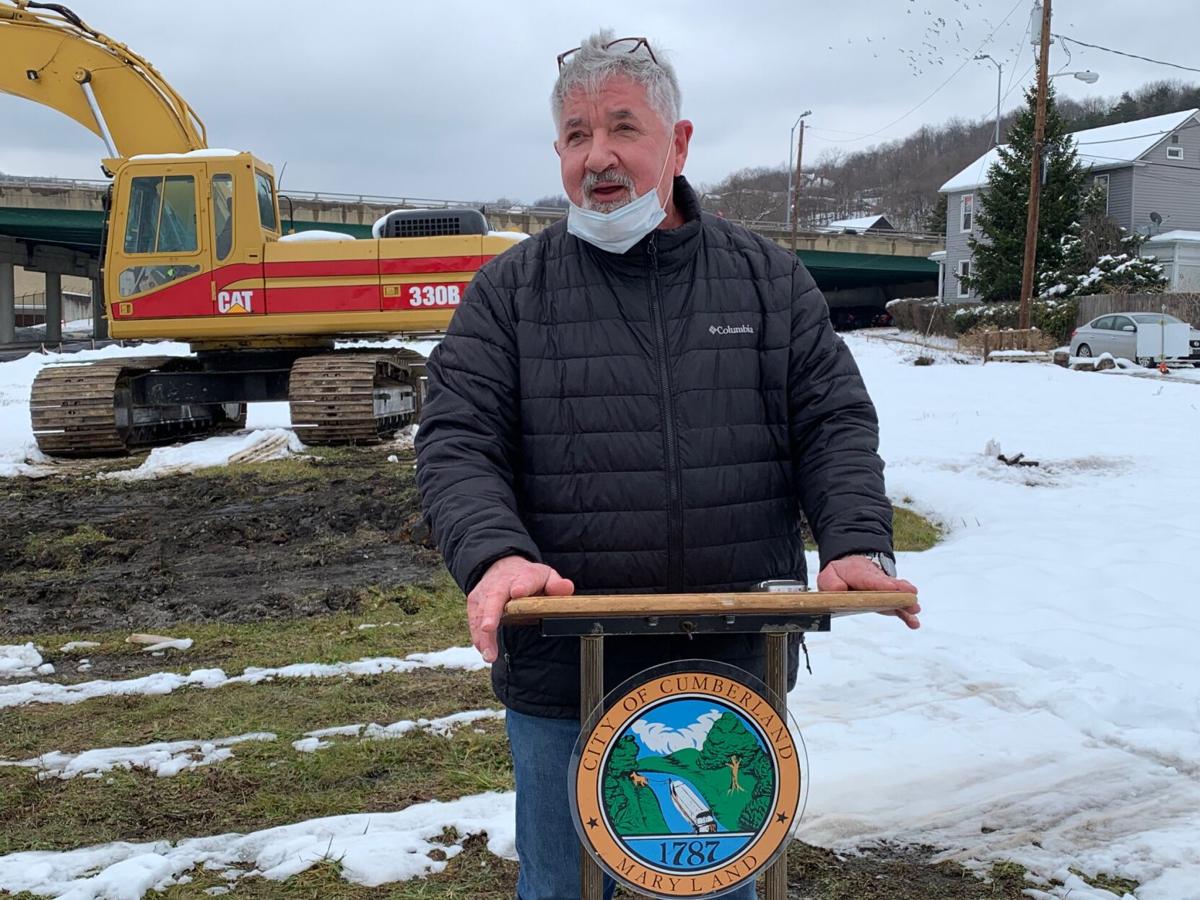 Mike D'Atri, owner of D'Atri Subs on Columbia Street, is shown speaking at the groundbreaking ceremony for the Cumberland Gateway commercial development.

Mike D'Atri, owner of D'Atri Subs on Columbia Street, is shown speaking at the groundbreaking ceremony for the Cumberland Gateway commercial development.

CUMBERLAND — Numerous officials participated in a groundbreaking ceremony Friday at the future Cumberland Gateway commercial development, which is expected to see Verizon and D’Atri Subs as some of the first tenants.

The elected officials and business leaders were on hand for the event that featured the ceremonial turning over of the first shovel full of dirt for the project. The plaza is located off Interstate 68 between Maryland Avenue and Park Street. Sometimes referred to as the Rolling Mill project, the site is expected to feature a hotel, restaurants, shops and a convenience store once completed.

Ed Scott, a partner with Kline Scott Visco Commercial Real Estate, said Verizon wants to locate a store in the plaza and the D’Atri family plans to move D’Atri Subs, currently located at 442 Columbia St., to the site. The D’Atri family also wants to open a liquor store at the location.

“We are glad to be a part of this project,” said Mike D’Atri. “We’ve been on Columbia Street for 50 years and we are looking forward to making this move. I think it will do great things and I think we can do it.”

Scott attended the event with his son Chad.

“We are very pleased to have a partnership with the D’Atri family. As you know, they are very well known and respected as local business owners and it is a real pleasure to have you as partners,” Ed Scott said. “My son and I are excited for the project. We have a phone store in Verizon and the businesses with the D’Atri family. We finally have a piece of ground we can do something with.”

The 3.5-acre site had 69 properties when the project began in 2015. The city, as well as Ed Scott, have purchased and removed all but about 10 that have owners not wishing to sell.

The project has seen the entire length of Park Street cleared, which is where the first phase of construction will take place.

“We hope we can buy up some of the other units and put some more of the phases together. It may take a little longer for some of the phases, but people are accepting it is for the betterment of Allegany County,” said Scott.

After the event, Scott elaborated on the details.

“We hope with the five phases that we meet local needs as well as (the) traveling public’s needs in the form of convenience and gas. We’ll have a shopping center, a hotel ... and we’ve been talking to a bank. It’s a bit of a jigsaw puzzle now ...

“We hope to get all the properties, but it is always a challenge not to uproot people out of their properties. One of the philosophies we have, we didn’t want to do eminent domain and we wanted to work with people and respect their rights. We’d like to do it all at once. Some people have got some nice homes out of this and they’ve been able to retire. But in general we want to progress as soon as we can to everyone’s benefit.”

Scott said he hopes to see some of the stores built by the fall of 2021.

“It has not been an easy undertaking,” said Matt Miller, executive director of the Cumberland Economic Development Corp., “but with the strong leadership of the CEDC and city of Cumberland, who has successfully purchased land and provided relocation assistance to 48 residences and businesses while maintaining the overall vision of fostering growth, we have been able to move forward.”

The city of Cumberland has invested more than $6 million into the project.

Mayor Ray Morriss said, “As we know, this has been a long time coming, but I see this as the beginning. This is the beginning of the revitalization of the Maryland Avenue area.”

“This is a great day for Cumberland,” said Edwards. “The delegation and I, we’ve been pleased to be able to help with the project. In order to move forward you have to do something. If you don’t do something and move forward you become stagnant. I don’t think the people of Cumberland want to be stagnant. They want to do things for the young people. This will be helpful to attract other businesses to want to come here. This shows you what can happen when government agencies work together.”