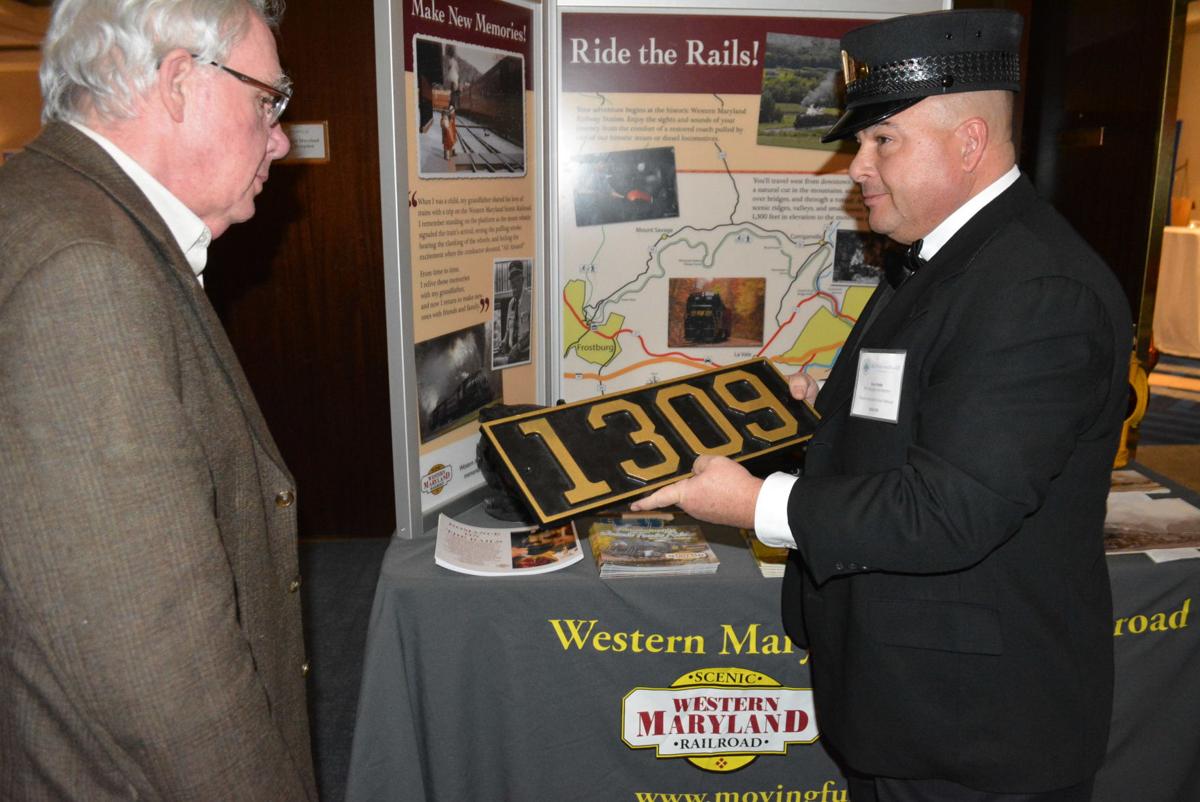 Bruce Pfeifer, right, with the Western Maryland Scenic Railroad, shows John Hankey of Annapolis a number plate from the Baldwin steam locomotive No. 1309 during the 2019 PACE Reception Thursday, Jan.24, 2019, at the Hotel Annapolis. (CTN photo by Steve Bittner) 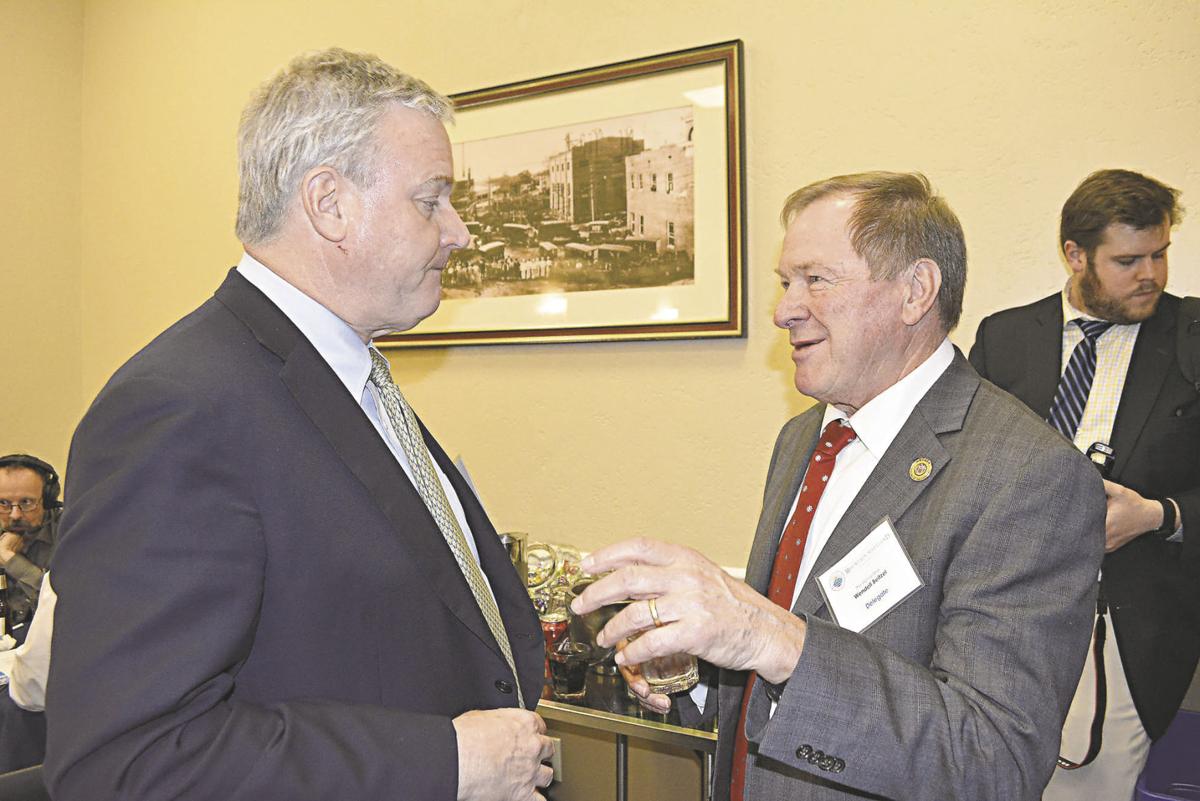 Bruce Pfeifer, right, with the Western Maryland Scenic Railroad, shows John Hankey of Annapolis a number plate from the Baldwin steam locomotive No. 1309 during the 2019 PACE Reception Thursday, Jan.24, 2019, at the Hotel Annapolis. (CTN photo by Steve Bittner)

ANNAPOLIS — More than 500 people filled the Hotel Annapolis this week to listen to the success stories and the needs of Allegany and Garrett counties, according to officials.

The 42nd annual PACE reception — held Thursday with the PACE breakfast on Friday — saw elected officials, business leaders, educators and lawmakers from across the state in attendance.

Hosted by officials from Western Maryland, PACE (Positive Attitudes Change Everything) has been held annually in Annapolis since 1977. Attendance figures for this year's events was provided by Jeremy Irons, of Carl Belt Inc., a co-chair along with Shawn Bender of Garrett County.

The 2019 PACE event was sponsored by 24 Western Maryland businesses and agencies with many manning display tables at the event.

"PACE is typically a networking event where we try to connect local people with the folks in Annapolis and let them know what we've got going on. It's an opportunity," Bender said.

"It is important, especially for this year, because there is a new freshman class coming into the (state) House and Senate," Irons said. "There was a significant turnover in the House; there are 44 or so new delegates in the House.  So, this is their first exposure, some of them, to Mountain Maryland. This is our chance to meet those folks and show them what Allegany and Garrett (counties) are about and what our story is and what they can do to help."

One of the primary talking points for PACE this week was the need for expanding broadband connectivity in Western Maryland.

"We decided to make broadband is a primary talking point," Irons said. "There is no silver bullet for connecting broadband within a year. We knew it would be a three- to five-year commitment on broadband. But, it kind of goes back to the roots of PACE, which was originally the U.S. Route 40 project and getting it done, Rocky Gap, some of the prisons. There has been a variety of economic development projects that have been multi-year platforms and broadband has been a critical one for future economic development."

"Internet connectivity helps, but high speed (broadband) certainly helps," Bender said. "Me and my wife, we live out in the county. She is able to work at home because she has high-speed internet. That is a huge benefit for our family and it attracts people to the area."

Greg Larry is a reporter at Cumberland Times-News. To reach him, call 304-639-4951, email glarry@times-news.com and follow him on Twitter.

WILEY FORD - Dewey R. Wagoner, of Wiley Ford, died Thursday at home. Visitation at the Upchurch Funeral Home, P.A., Cumberland, on Sunday from 5-7 p.m. and the service will be held there Monday at 11 a.m.