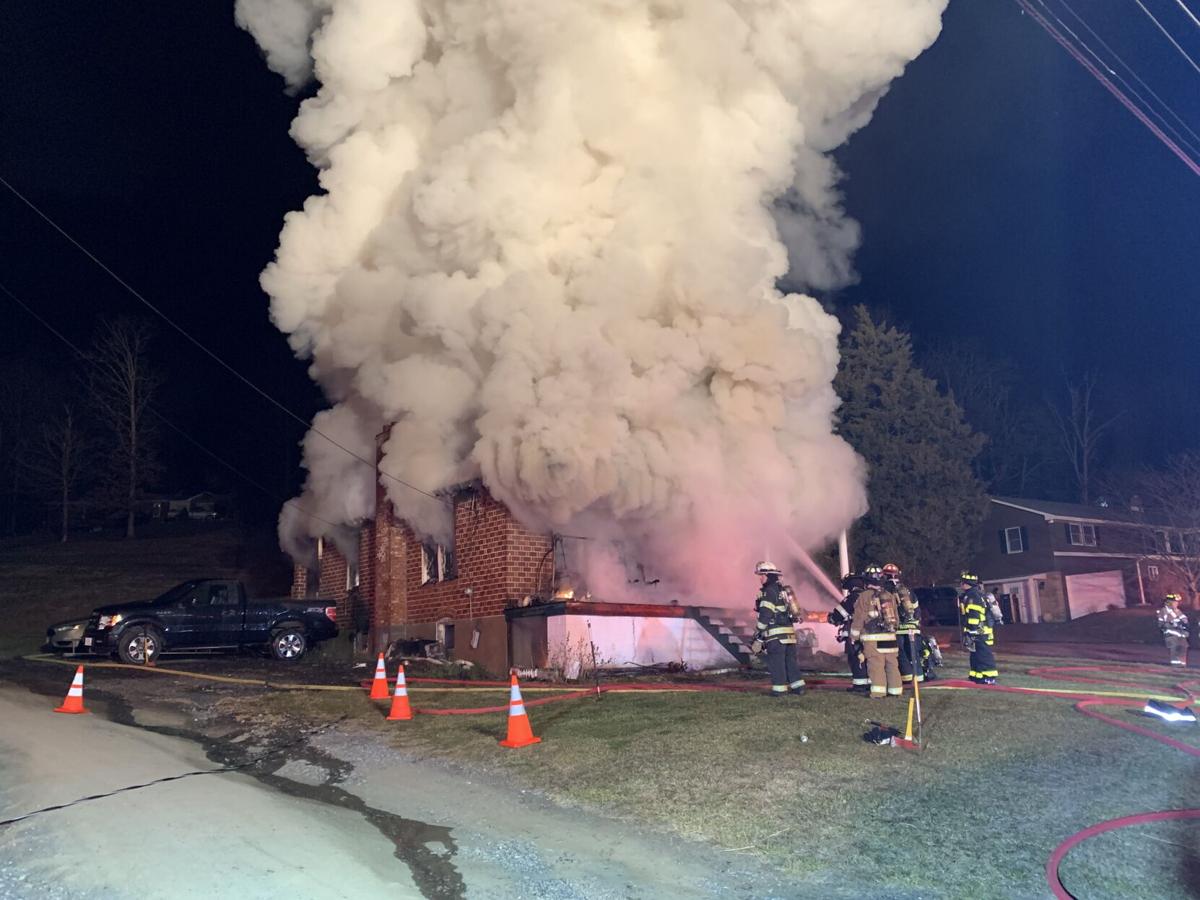 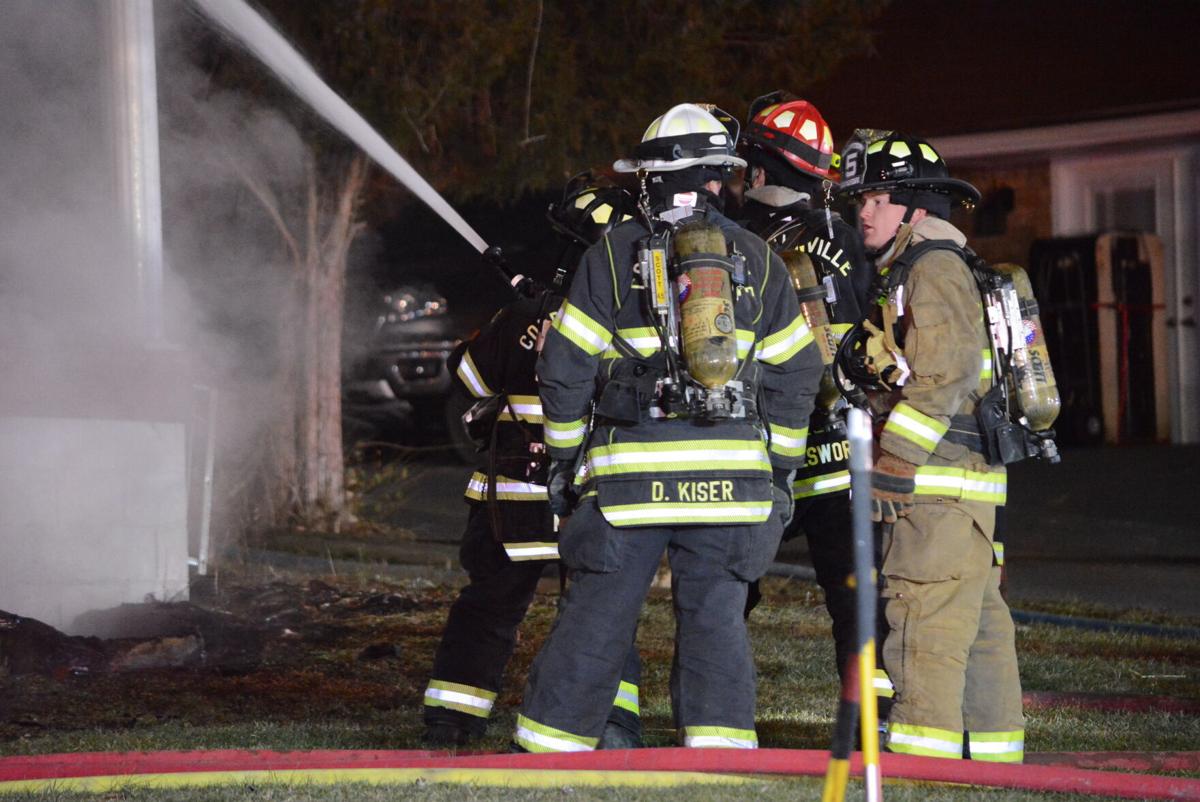 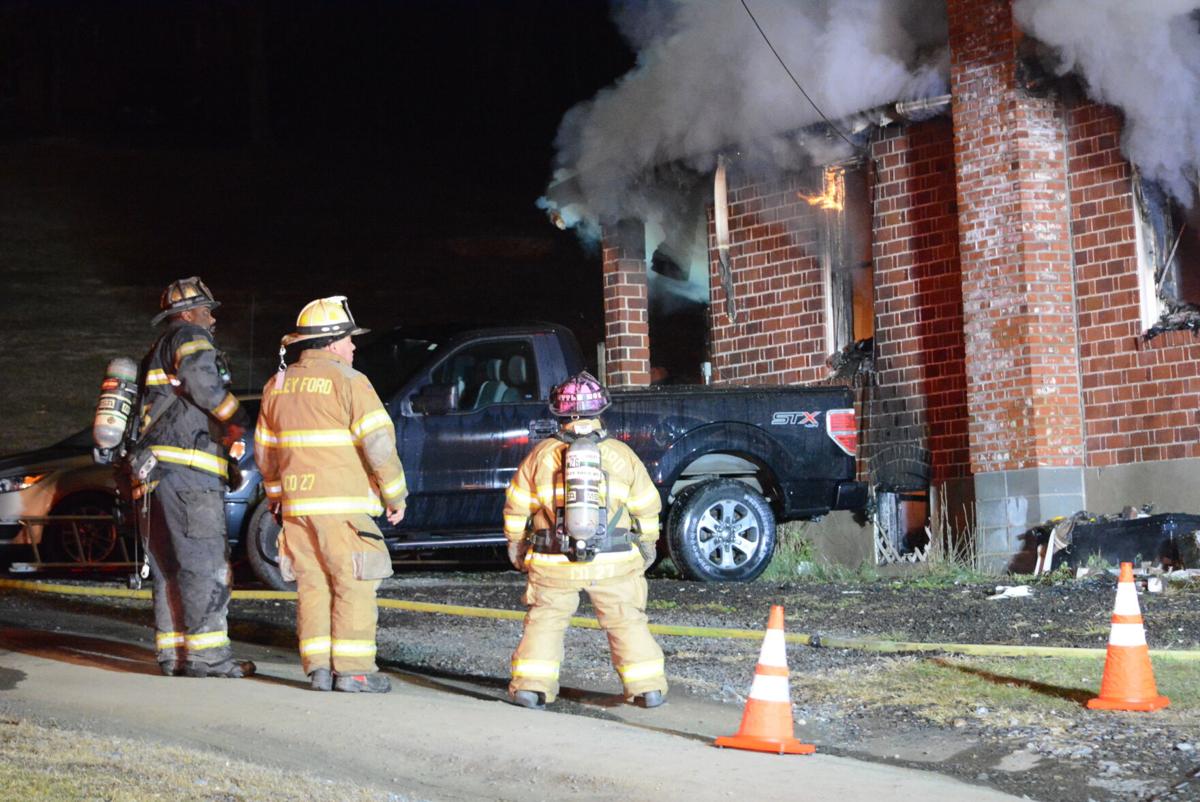 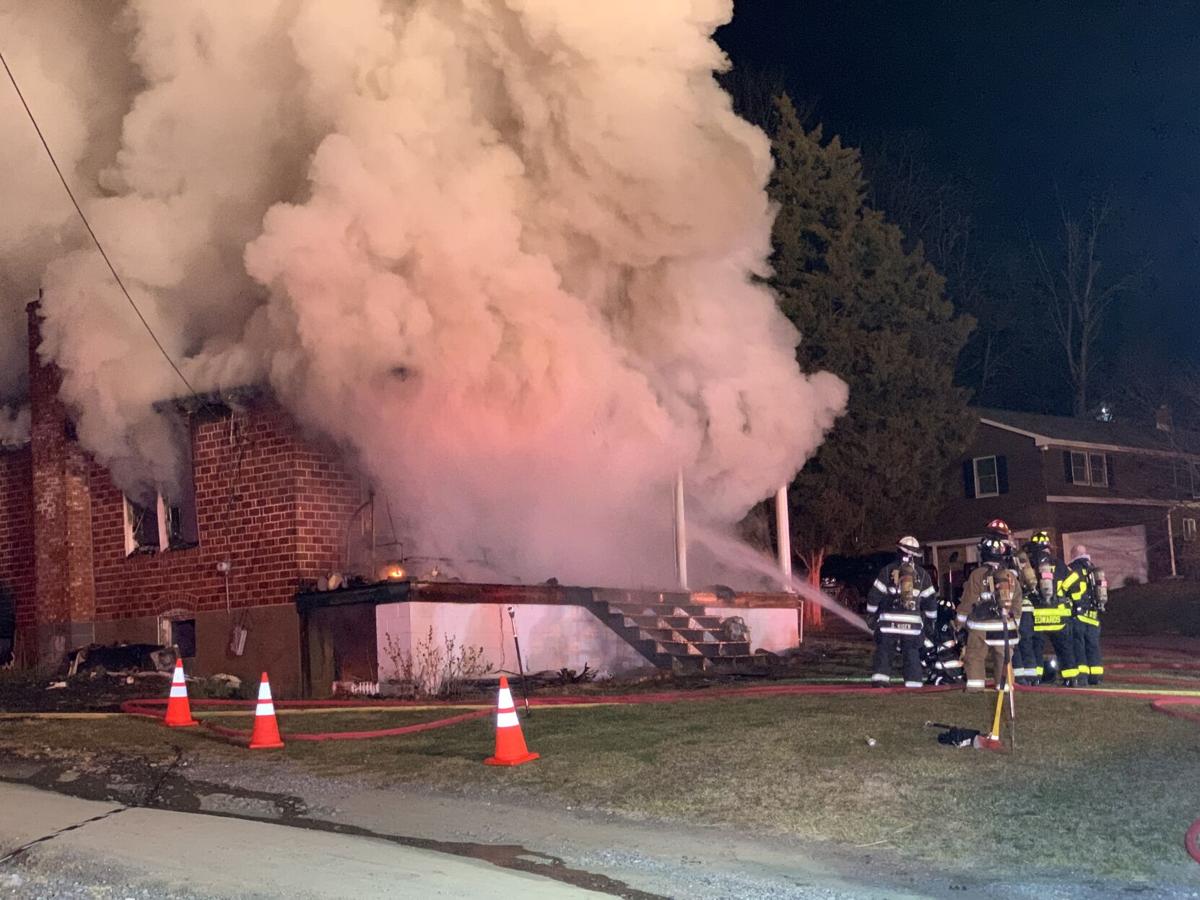 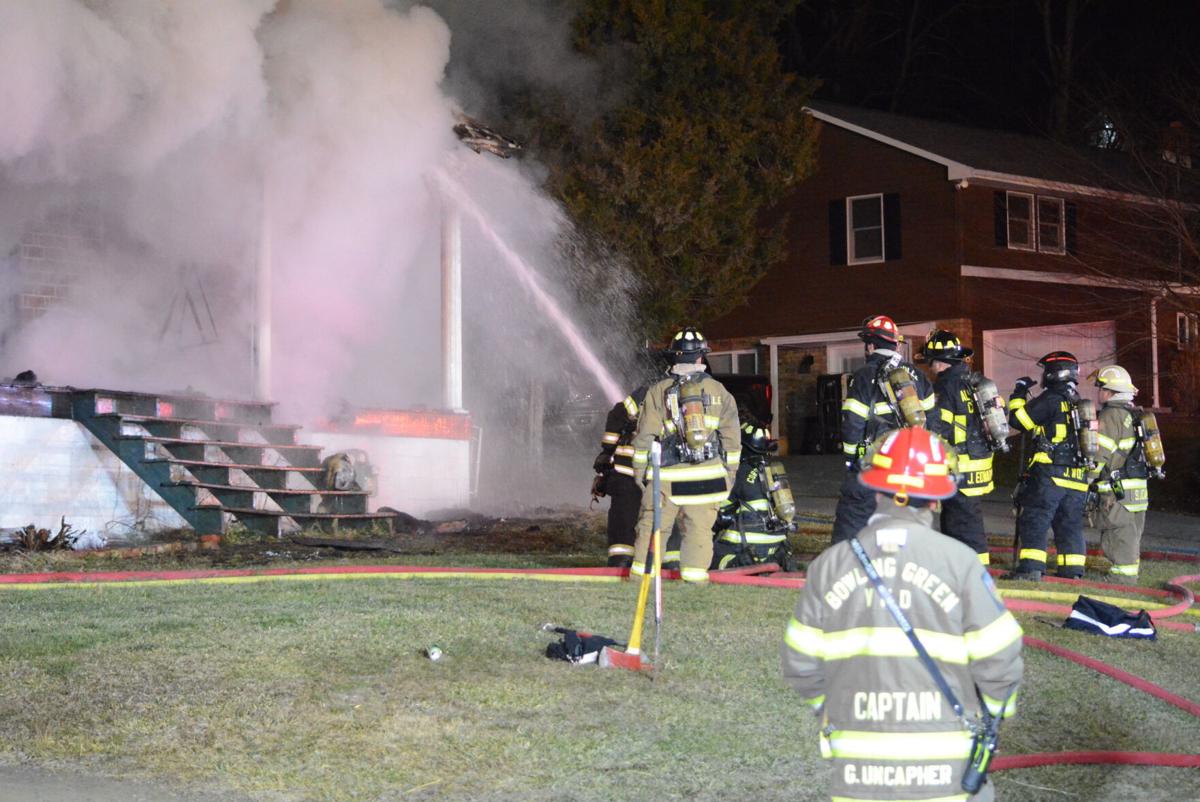 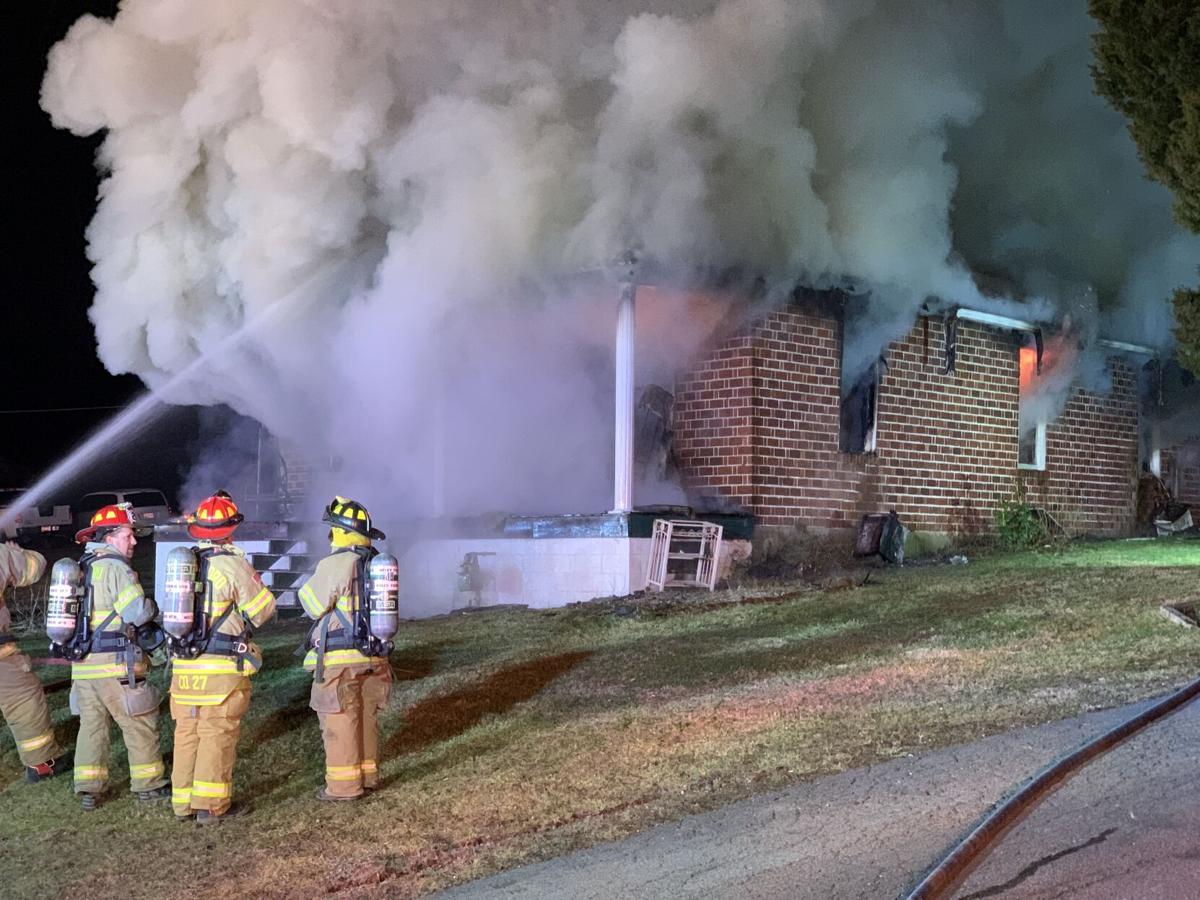 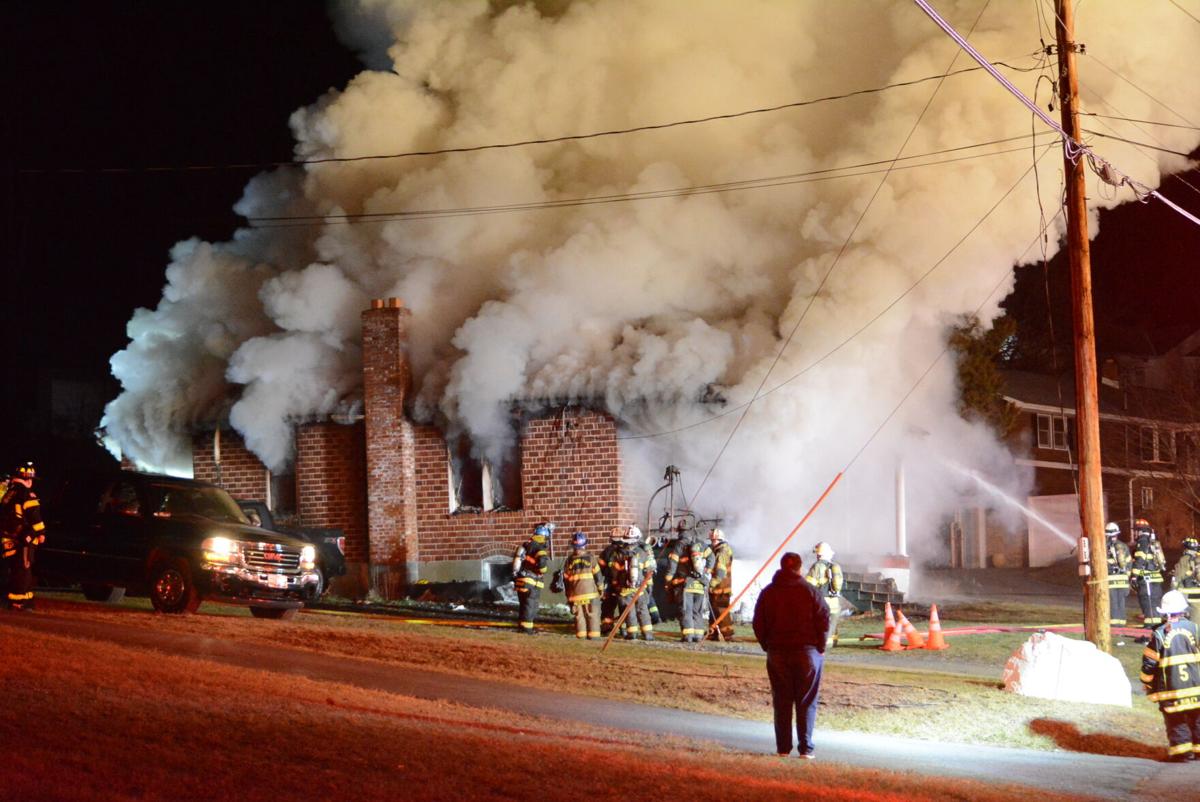 Firefighters work to control a blaze early Monday morning at a house at 13729 Bedford Road.

Firefighters work to control a blaze early Monday morning at a house at 13729 Bedford Road.

CUMBERLAND — One person died after being trapped in an early-morning fire Monday in a Bedford Road residence and another family member escaped the dwelling that was engulfed in flames when first units arrived, according to the Allegany County Department of Emergency Services.

“When Bedford Road units first arrived, fire was showing on all four sides of the structure,” said DES Deputy Director Roger Bennett. “Firefighters made two attempts immediately to enter the building but were pushed back by the fire.”

Investigators from the Maryland State Fire Marshal’s Office said Monday afternoon the victim was an elderly man, and his identity and cause of death would be confirmed by the state medical examiner’s office.

The fire started in the victim’s bedroom, investigators said, but a cause had not been determined.

Numerous volunteer fire companies throughout the area and the Cumberland Fire Department took part in the fire operation that was directed by Bedford Road Chief Eddie Collins. Units were alerted just before 6 a.m.

Two track hoes were reportedly brought to the scene to remove debris and allow firefighters to enter and retrieve the victim’s body.

Allegany County Fire Police and utility companies also responded to the scene, located in the area of Sunset Memorial Park.