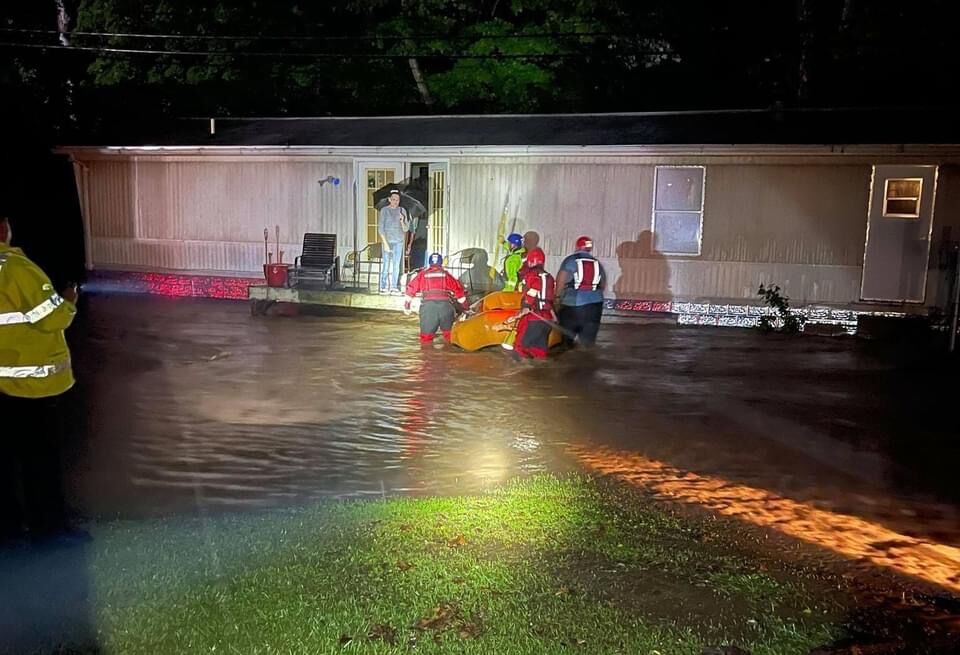 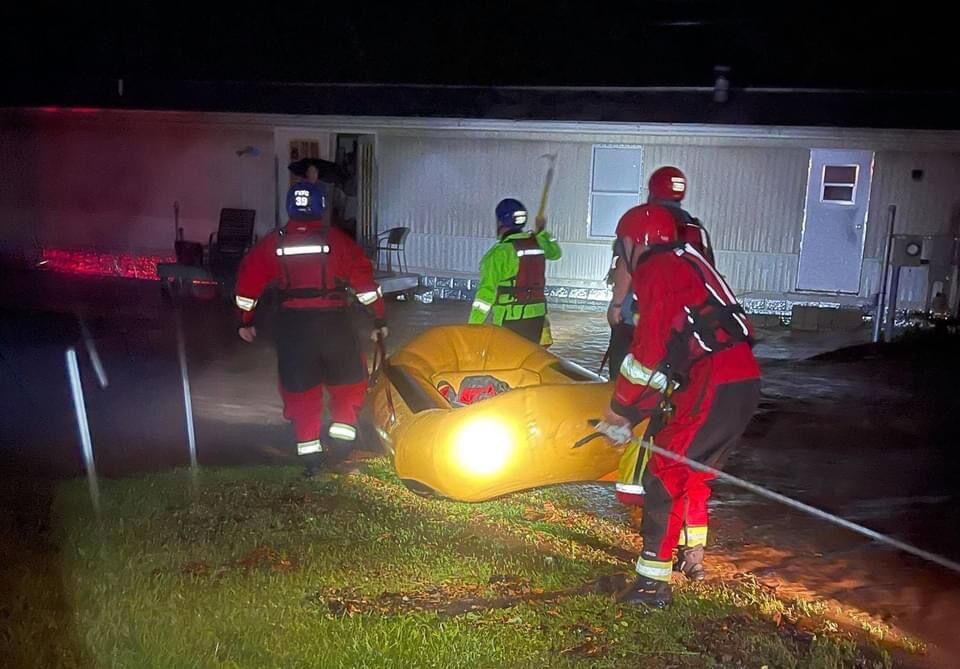 NEW CREEK, W.Va. — A flood watch remained in effect Friday, a day after thunderstorms prompted a water rescue in the southern end of Mineral County.

A line of thunderstorms that dumped more than 2 inches of rain just before 8 p.m. Thursday forced New Creek out of its banks along U.S. Route 50 and state Route 93.

New Creek and Keyser firefighters were called to a mobile home court near the U.S. 50/Route 93 intersection about 8:45 p.m. after water surrounded a trailer. A swift water rescue team from the Fountain Volunteer Fire Company utilized a raft to rescue at least one of the occupants.

Vehicles also were reportedly stranded along both roadways and several mud slides also occurred. Route 50 was closed for a short time until the water receded.

The heavy rain prompted the National Weather Service to issue a flash flood warning about 9 p.m. that remained in effect until after midnight.

Friday’s National Weather Service forecast had called for a 100% chance of showers and thunderstorms with up to three-quarters of an inch of rain possible across the area.