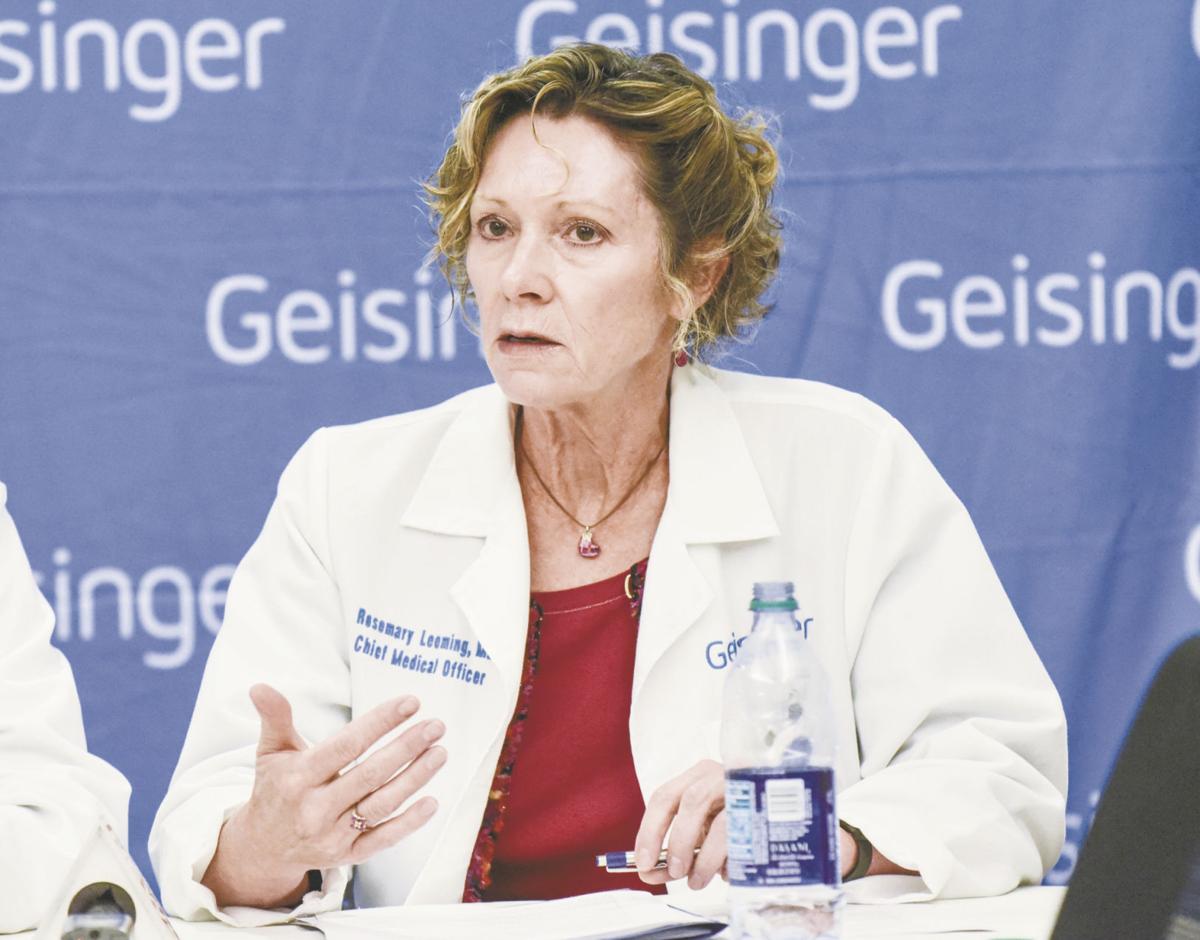 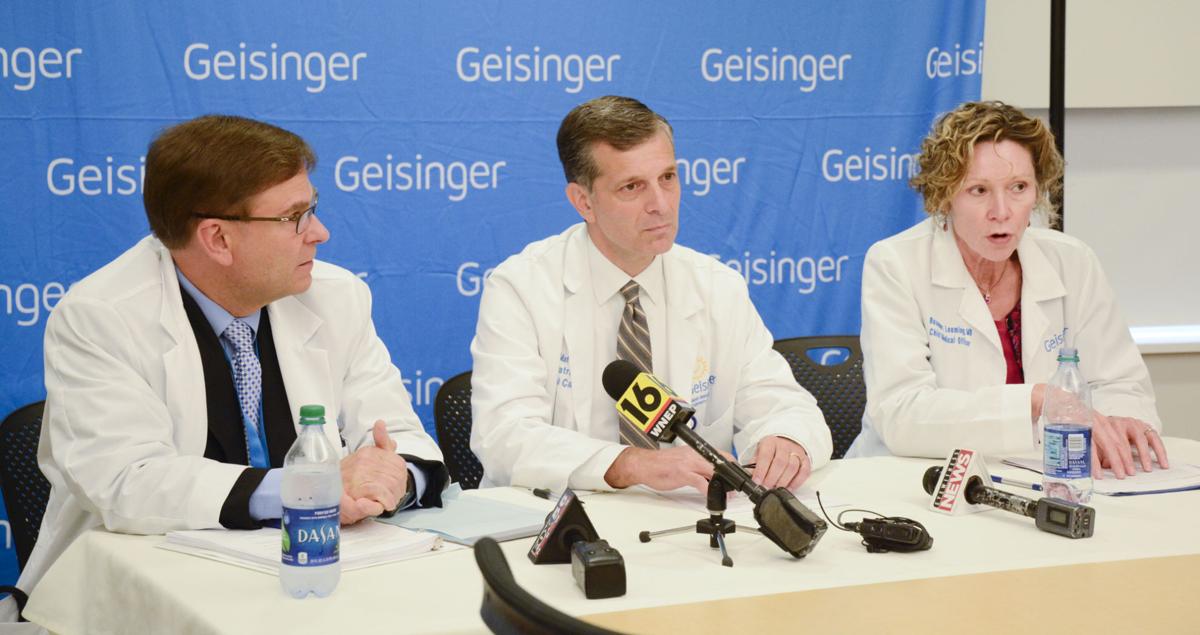 Geisinger doctors Mark Shelly, left, Frank Maffei, and Rosemary Leeming, talk about the recent spread of pseudomonas in the NICU at Geisinger in Danville.

Geisinger doctors Mark Shelly, left, Frank Maffei, and Rosemary Leeming, talk about the recent spread of pseudomonas in the NICU at Geisinger in Danville.

Geisinger officials said at a news conference on Monday afternoon that they are taking all precautions as they search for the source of the Pseudomonas bacteria, which is not contagious person to person, and how it infected the vulnerable infants. The medical center also is moving all premature infants under 32 weeks to other NICUs at other regional facilities and working with state and federal health officials.

He said the deaths of the three infants may have been the result of infection complications. The infections are limited to the medical center's NICU.

"This is a very common bacteria and is present in very different places and is often very harmless," Maffei said. "But it can cause disease in very fragile patients. Premature and tiny babies are among our most fragile."

"We have not had any cases this year, but it is also not a reportable condition in Pennsylvania," said Nate Wardle, a spokesman for the Pennsylvania Department of Health (DOH). "Pseudomonas is fairly rare but normally occurs in health care settings."

Wardle confirmed the department is assisting Geisinger in dealing with the cases. "The facility is taking all necessary precautions to work to prevent any additional exposures," Wardle said.

"It's too soon to say where the organism is coming from," said Dr. Mark Shelly, Geisinger's director of infection prevention and control.

"I expect it will take at least a couple of weeks for me to get the confirmatory information that I need," he said.

Shelly said the Pseudomonas bacteria is common in the environment. It can be found in the water of a vase holding a dozen roses. He said the infections are limited to the GMC NICU in Danville.

Tests of the water supply and surfaces inside the NICU tested negative for the bacteria, hospital officials said.

The information Shelly has suggests the infection came from outside the NICU. Regardless, hospital staff has increased chlorination, done extra cleaning and changed processes.

"Out of an abundance of caution, we will be diverting pregnant women who are likely to deliver in less than 32 weeks," said Dr. Rosemary Leeming, Geisinger Medical Center's chief medical officer. "It does not affect any mom who is delivering at over 32 weeks gestation."

She emphasized the medical center's NICU remains open to care for babies born after 32 weeks gestation. Leeming said the infants infected with the bacteria all were born before 27 weeks and one was born before 26 weeks. A full-term child is born at 39 weeks to 40 weeks.

Maffei said infants born after 32 weeks are less vulnerable and require less invasive treatment, such as the insertion of tubes.

According to the statement earlier Monday from Geisinger Executive Vice President and Chief Medical Officer Dr. Edward Hartle, eight infants "confined specifically" to Geisinger's NICU were treated for Pseudomonas infection. Three infants passed away, Hartle said, "which may have been a result of the infection complicating their already vulnerable state due to extreme prematurity. We express our deepest sympathies and provide our full support to the families and loved ones who have been affected."

The first of the infections were discovered in the unit in early August, and the deaths occurred between then and recent weeks, hospital officials said. Maffei said doctors first saw an unusual infection in one of the infants. A culture taken from a patient takes time to process, he noted.

"One of these cultures had not turned positive until one child had passed away," Maffei said.

Hospital officials said they are continuing to work closely with DOH and the Centers for Disease Control and Prevention (CDC) to investigate and eradicate the bacteria.

"We will continue our meticulous and comprehensive infection control practices at GMC to reduce the risk of any infection in any infant," Hartle said in his statement.

The medical center's NICU treats 600 to 700 babies a year, according to Maffei.