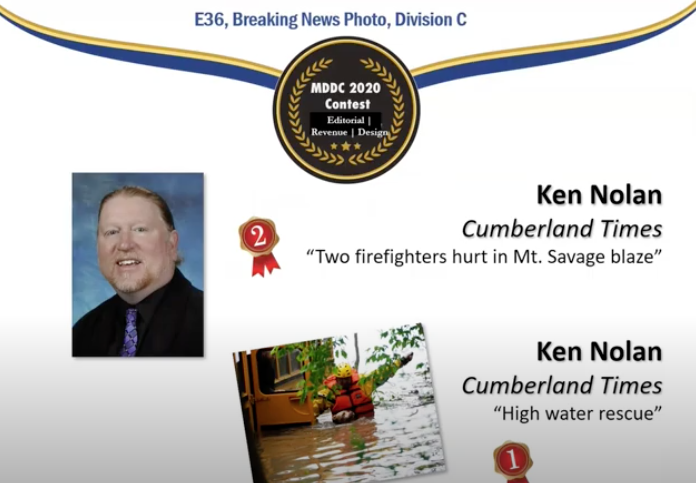 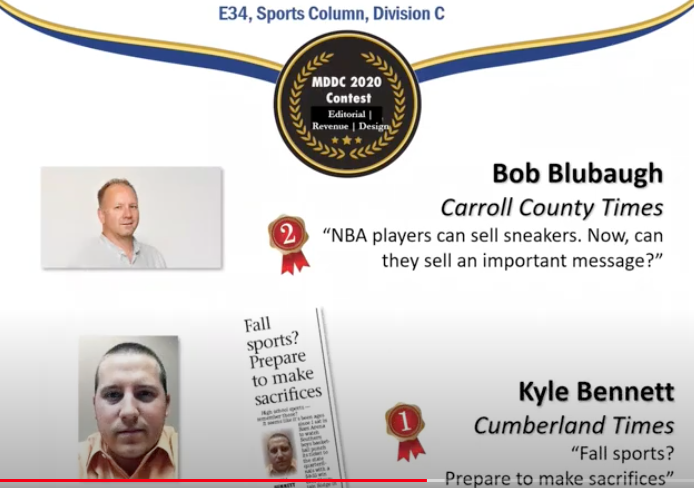 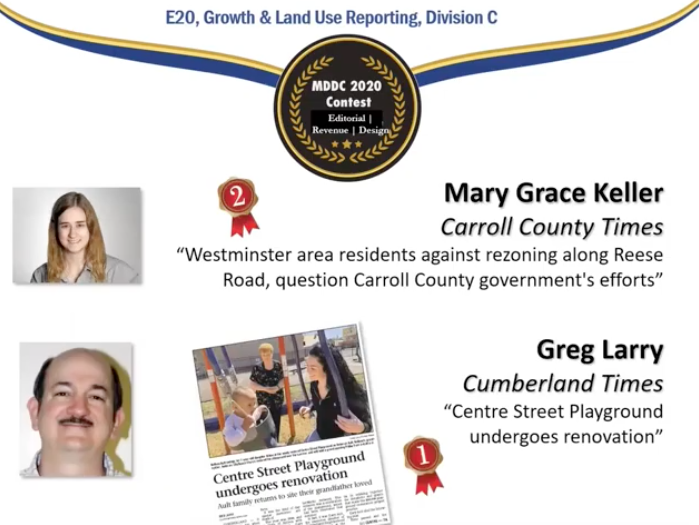 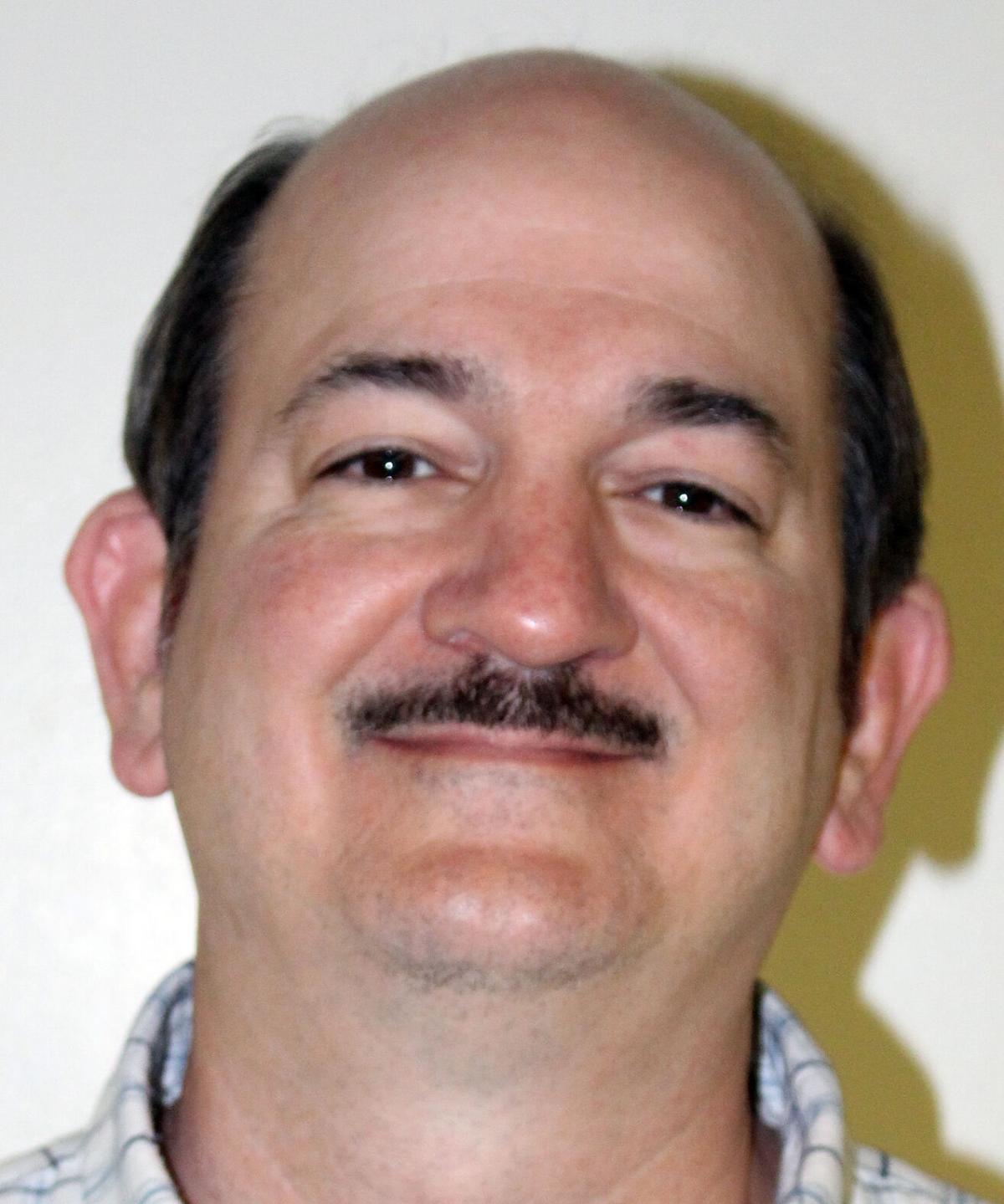 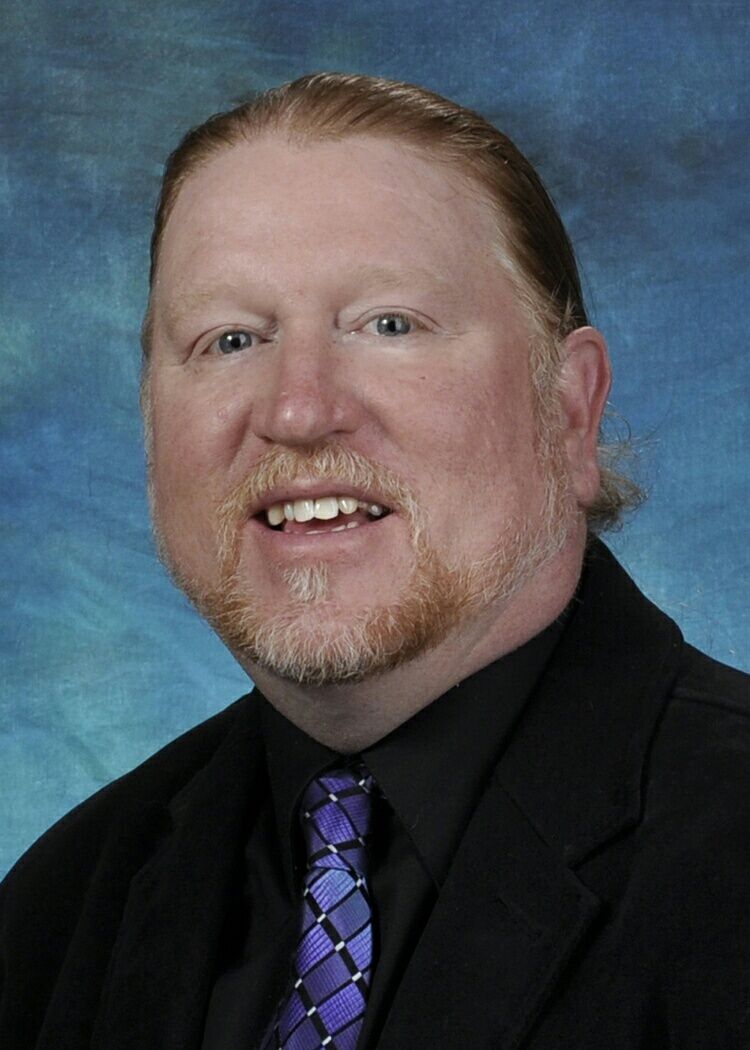 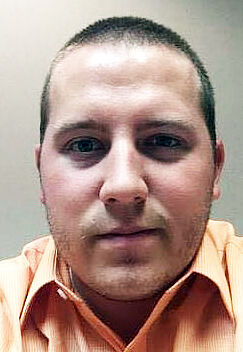 Photographer Ken Nolan won three awards, sweeping the Breaking News category with a first place photograph of Cumberland firefighters rescuing a man and his dog near Elizabeth Street and a shot of a firefighter at a Mount Savage house fire that won second.

Nolan also received second place in the Feature Photo category for an image titled “Horsing around for the holiday” that featured a visit to a Frostburg nursing home by a local equestrian group during the Christmas holidays.

City/county government reporter Greg Larry won first place in the Growth/Land Use category for his story on a local family’s lifelong connection to the Centre Street Playground in Cumberland.

Sports reporter Kyle Bennett earned first place in the Sports Column category for “Fall sports? Prepare to make sacrifices,” which offered his take on the decisions being made by secondary schools athletic commissions in Maryland and West Virginia on whether to allow sporting events to continue during the COVID-19 pandemic.

“Especially with the year we’ve been through, for us to be recognized at this level by our peers, I’m incredibly proud,” Publisher Robert Forcey said. “Because it’s a reflection of the work we do every day to keep our readers informed on local issues that affect them on a day-to-day basis.”

The late Jim Goldsworthy received second place in the Editorial category for “It’s their day,” a column that honored Vietnam veterans on the March 29 national observance.

“Last year was a challenge not just for the community but for the newsroom as well,” Managing Editor John Smith said. “With a lull in local activities and limited access to sources, we turned out some of our best work in a COVID-19 environment where events often changed by the hour.”

The awards were released by category this week on the press association’s YouTube channel.

Nearly 1,500 entries in 85 categories were judged by the Virginia Press Association.

The Times-News competed with newspapers in Division C, including the Carroll County Times, Cecil Whig, Delaware State News, Daily Record, Daily Times of Salisbury and the Star Democrat of Easton.