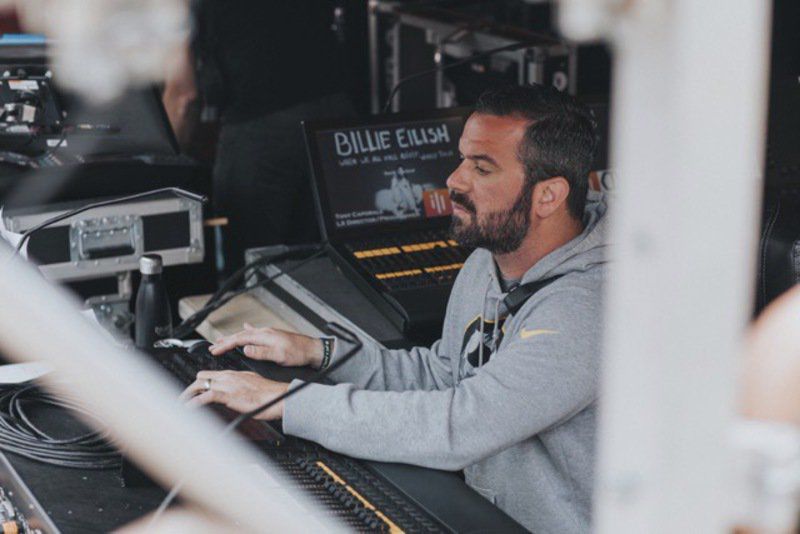 Tony Caporale operates lighting control board, above, and poses during a concert at Red Rocks Park and Amphitheatre near Morrison, Colo., right. 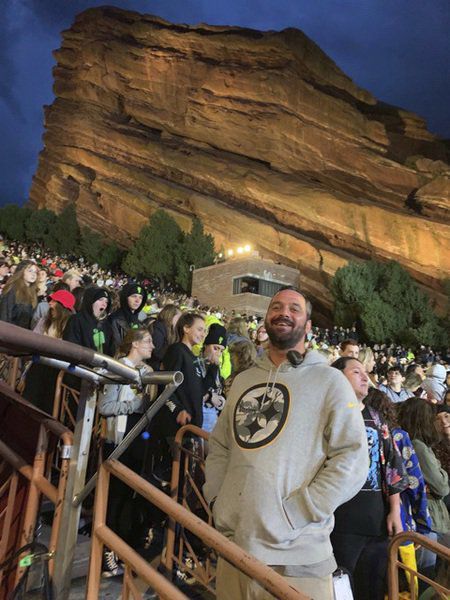 Tony Caporale poses during an event at Red Rocks Park and Amphitheatre near Morrison, Colo.

Tony Caporale operates lighting control board, above, and poses during a concert at Red Rocks Park and Amphitheatre near Morrison, Colo., right.

Tony Caporale poses during an event at Red Rocks Park and Amphitheatre near Morrison, Colo.

CUMBERLAND — City native Tony Caporale, a lighting designer, programmer and director based in Nashville, Tennessee, recently received the 2020 Parnelli Award for Lighting Director of the Year for his work with Top 40 recording artist Billie Eilish.

Other lighting directors nominated for the award represented artists such as The Rolling Stones, Muse, Paul McCartney, Jennifer Lopez and Thomas Rhett.

Caporale is the youngest of four men whose parents have sustained the ownership and operation of Caporale’s Italian Bakery, which has been family owned and in business for over 100 years.

Music has always been a part of his life and he has always wanted to be involved with concerts and production in some form growing up. The first step toward the business was receiving a bachelor’s degree for electronic media and film with a TV production focus from Towson University. That was following in the footsteps of his brother Brian Caporale and close family friend Tim Walbert, who have both worked in the sports entertainment industry.

His initial entrance into the production workforce was video at first, until the day he experienced a lighting control board at The Recher Theatre in Towson. Caporale said that was the spark that “started it all.” He began running lights for any guest touring acts that did not employ a lighting person. It was in this early era of his career when he met Easton Ashe, the first band for which he ran lights on a full-time basis. The Arizona-based group encouraged his development and experimentation with lighting.

Nearly 15 years later, after absorbing knowledge from colleagues and growing with his career, he has had the opportunity to work with major acts, including Eilish, Keith Urban, Little Big Town, Gary Allen, A Tribe Called Quest, Lady Antebellum, Chris Isaac and Larkin Poe.

Caporale said his wife Jessica has been a constant source of support and encouragement in his career. The couple have two sons, Asher and Arlo.

Caporale’s works and services can be viewed on his website at  www.infinitusvox.com.