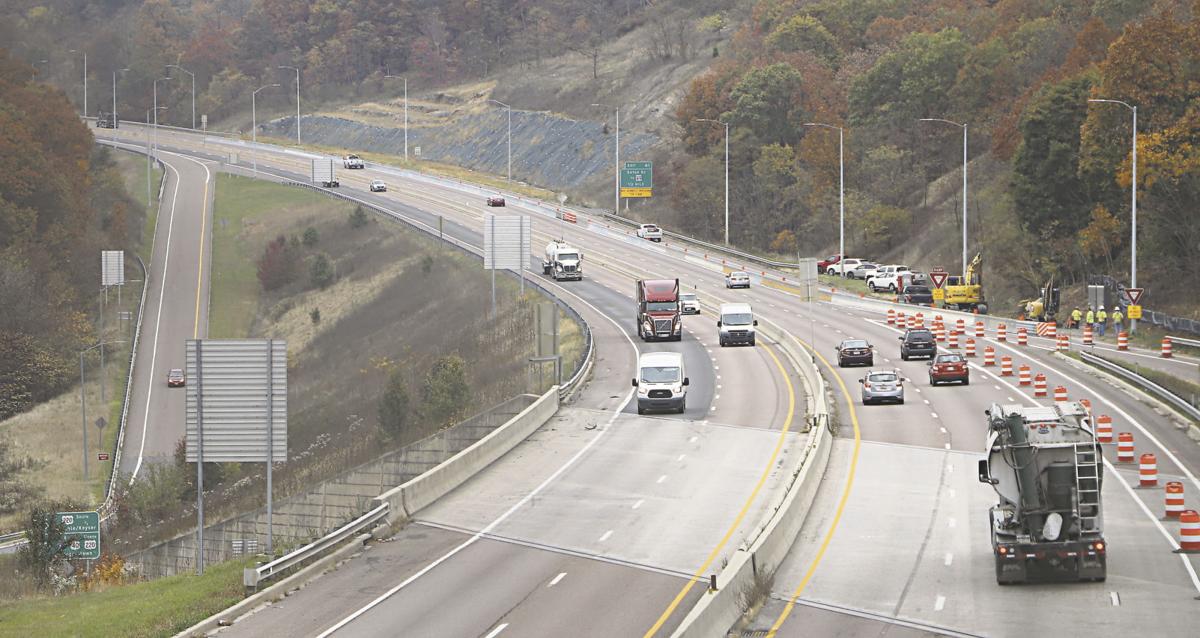 Traffic makes its way along Interstate 68 near Haystack Mountain last week. Four tractor-trailer crashes in the same section of eastbound Interstate 68 on Haystack brought a warning from the Maryland Motor Truck Association on Friday. 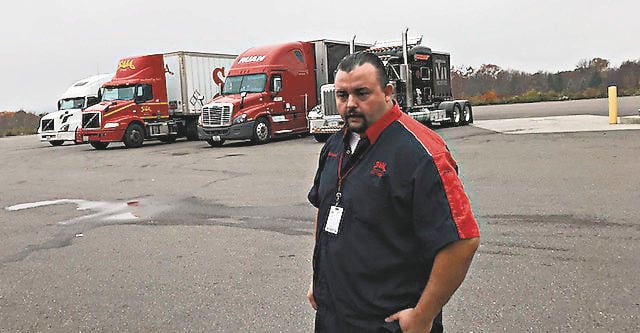 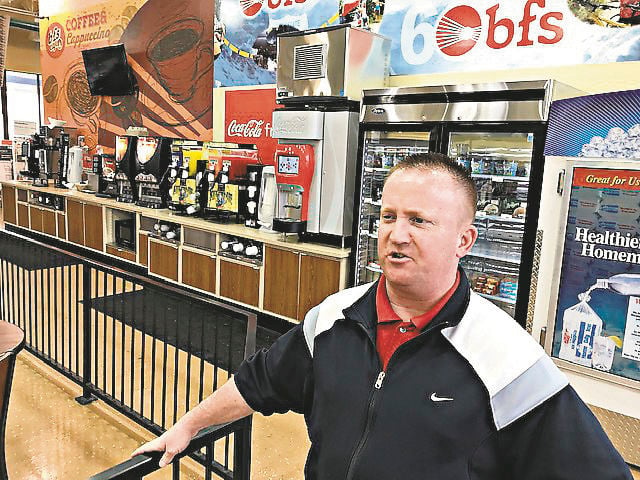 Traffic makes its way along Interstate 68 near Haystack Mountain last week. Four tractor-trailer crashes in the same section of eastbound Interstate 68 on Haystack brought a warning from the Maryland Motor Truck Association on Friday.

CUMBERLAND — Four tractor-trailer crashes in the same section of eastbound Interstate 68 on Haystack Mountain brought a warning from the Maryland Motor Truck Association to its members on Friday “to use extreme caution” while traveling the interstate from the Garrett County line through Cumberland.

“Numerous signs advise drivers of the steep 6% downhill grade,” the trucking association said in an alert to drivers. “State Police have inspected over 47,000 trucks at the nearby Finzel weigh station this year and are aggressively monitoring truck speeds to curb the spike in truck incidents.”

The accidents have occurred in a sharp turn between LaVale and Cumberland as the trucks descend into the city.

Accident investigation results were requested by the Times-News in a formal public information request filed with the state police on Friday.

The recent accidents include the Aug. 2 crash of a tractor-trailer that jackknifed, as well as crashes that occurred in that same area on Oct. 16, Oct. 22 and Oct. 30.

The SHA recently grinded some recent asphalt patches “in an effort to help provide extra traction for large, commercial vehicles,” spokesman Charlie Gischlar said. “This was a proactive effort to try something relatively easy to aid the truckers.”

Gischlar said speed is the major cause of the crashes.

The SHA has been working with Maryland State Police and the Commercial Vehicle Enforcement Division to formulate strategies to improve motorists’ safety, he said.

Flashing yellow lights are in place at the electronic message signboards on eastbound I-68 alerting drivers to the truck speed limit of 45 mph.

Gischlar said the SHA is actively investigating the area to determine why there has been a marked increase in the crashes.

At the same time, the state police and the Department of Transportation are working on additional signage and increased enforcement of the truck speed limit, said Sgt. Darrell Thomas, supervisor of the Finzel Weigh and Inspection Facility of the state police Commercial Vehicle Enforcement Division.

Some motorists traveling Interstate 68 spoke of their experiences.

“Tailgating is pretty common,” said Richard W. Thomas, an employee of the BFS Store at Grantsville, where truckers detour from I-68 for a quick break to refuel and grab a hot meal at the IHOP restaurant.

Thomas said he talks to a lot of truckers through his job.

The Times-News surveyed a few truckers to get their thoughts.

“More enforcement — you need more police officers on the road,” said Pittsburgh truck driver Bob Stokes during a fuel stop at Grantsville. “Speed camera tickets will slow people, and so will flashing red light signs that show your vehicle speed.”

“Best way to slow people down is to have more law enforcement,” Brian Krebs, a Charleston, West Virginia, man who has been employed as a truck driver for the past 13 years, said. “More police visible on the road and enforcing, especially cell phone laws. I still see a lot of people on cell phones.”

The more you try to slow people down, the faster they seem to go,” Allen Winn, a trucker from Lewistown, Pennsylvania, said.

“I don’t know if there is an answer,” Winn said. “Fines don’t seem to work. Fatal accident stats and stories don’t work. People always think it won’t happen to them.”

A local driver who preferred to not be identified also said “regular police or Department of Transportation unit and message signboards” about the number of recent accidents might slow drivers.

“Any trucker that runs 68 regularly knows there’s usually no cops through that 45-mile-an-hour section and they just can roll through,” he said.

Some truckers also said keeping trucks in the right lane would be helpful as required by law in some states that impose fines to violators.

Maryland State Police spokesman Greg Shipley urged operators of commercial and private vehicles “to do their part to reduce crashes and make our highways safer.”

“Inattention, aggressive driving and speeding contribute to injuries and deaths on our road, not just in Western Maryland,” said Shipley at the state police headquarters in Pikesville.